Offering up a fresh take on one of Scotland’s most beloved cuisines, Suzanne Oswald visits Anise Indian Kitchen at The River Inn.

It’s fair to say that Anise isn’t your standard Indian restaurant. Situated in the leafy, tranquil surroundings of Crosslee, the inviting eatery is a recent addition to the already popular River Inn.

Having been under the stewardship of owner Jason Andrews for over 16 years, reinvention has been the focus for the last 12 months with the team looking to extend and diversify their offering. All the while bringing in more visitors from further afield. By the looks of it, it seems to have paid off.


Following the launch of Anise in June 2021, you’d be hard pushed to find another restaurant or venue in Renfrewshire – or beyond – that offers such a collage of dining experiences within its grounds. From its Sunday carvery to its street van and plush beer garden to the freshly minted sports bar and, of course, it’s new Indian, there is quite literally something for everyone.

That’s not to say that the owners have sacrificed quality in an ambitious attempt to expand their horizons though; in fact, you only need to look at the steady flow of visitors coming through the door on this Saturday night to recognise that Anise Indian Kitchen has promptly established itself as a local favourite.

With its own entrance at the front of the building, the Indian restaurant can be found on the first floor of the River Inn alongside the lively sports bar, which is a hub of activity on this particular evening given Scotland’s exploits at Murrayfield. And while we’re aware of the odd celebratory cheer from next door, the Anise offers its own welcoming and instantly relaxing atmosphere – separate without feeling out of place. 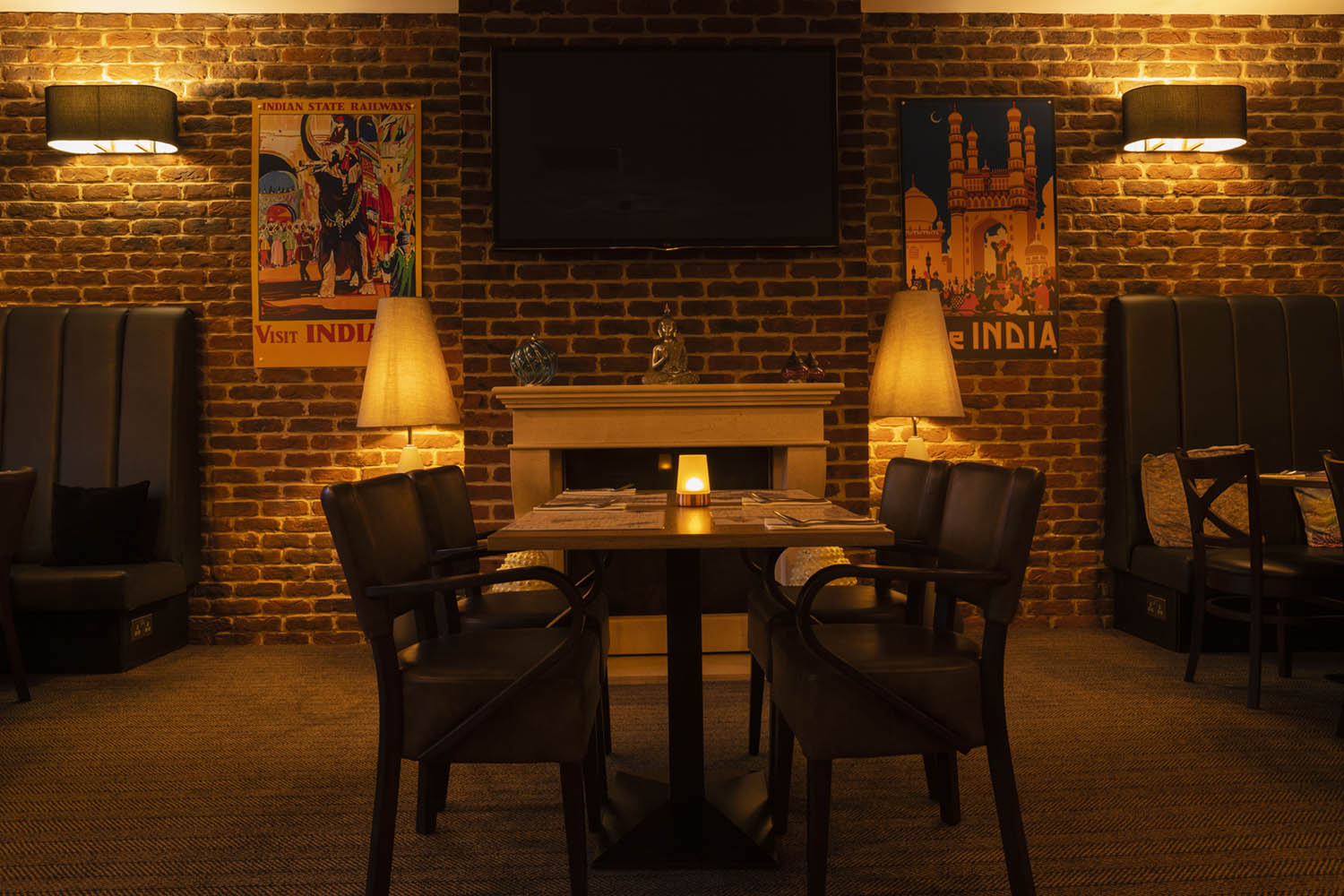 Along with its stylish refurbishment, the smells from the kitchen are instantly gratifying – always a good sign. For those who crave authenticity from their Indian food, we can assuage any fears as we are assured that the chefs have teamed up with partner Zahid to come up with a menu that is as authentic as it is familiar.

After a warm welcome, we are given time to browse the mouth-watering menu, which offers enough to appease lovers of all things spice as well as the more tentative diners among us. We started with the vegetable pakora, crispy and fluffy, and the tandoori salmon which was delicious, flaking away in the mouth with each bite. 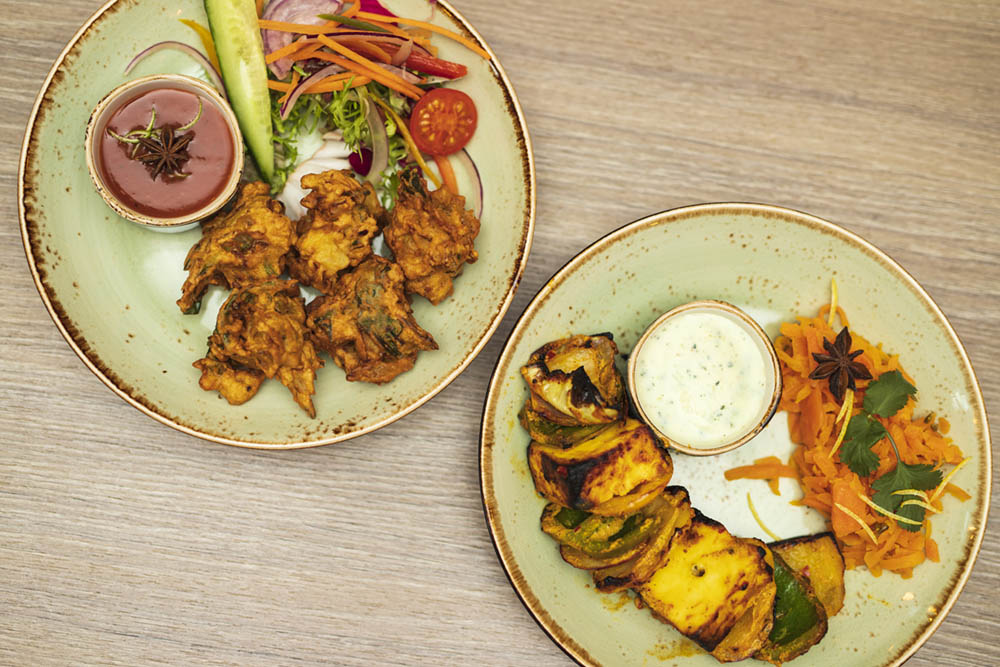 Vegetarians are also well catered for, with a few classic options on the menu such as saag paneer, tarka daal, and aubergine and potato. On this occasion – and after much deliberation – we opt for one chicken and one fish dish as our main courses, with pilau rice and a delicious buttery garlic naan on the side.

Taking heed from the restaurant owners themselves, we decide to explore new territory with the garlic chilli & lime king prawns dish and it’s a rewarding decision. Filled with large, juicy prawns, it’s bursting with fresh flavours of ginger, chilli and garlic, and it delivers a hearty kick on the way down.

To balance things out, we also order a long-time favourite – the chicken tikka chasni. Served in a tangy, buttery, creamy sauce, it’s exactly the kind of warmth you crave on a cold and blustery winter night. With the portions served up in a more gourmet style than your average Indian, we end the meal on a satisfied note. Maybe next time we’ll even be tempted to stretch to one more course… 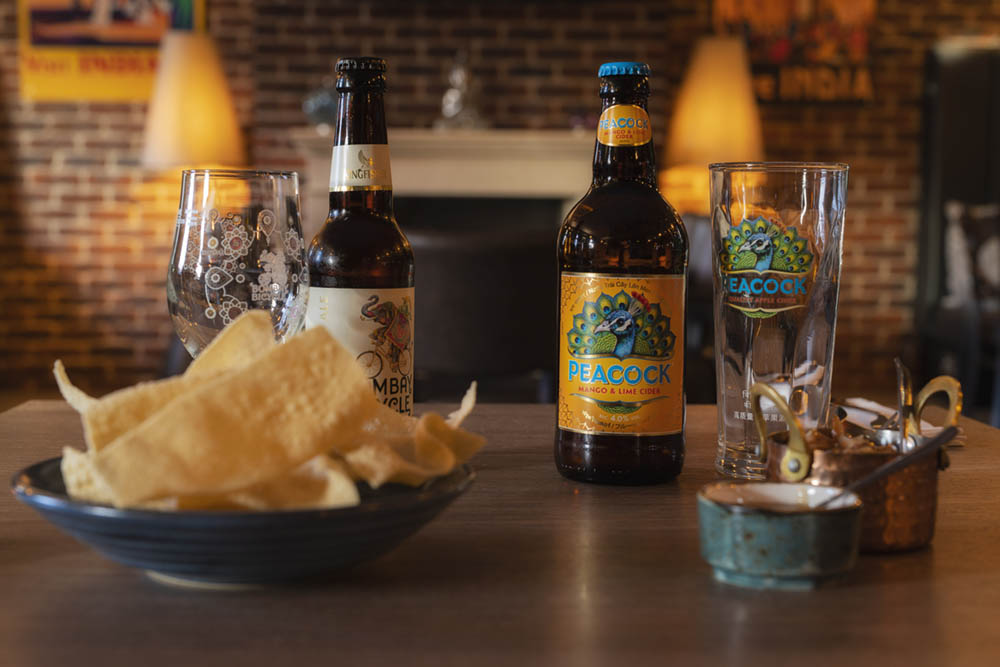 Anise is one of a kind and it has clearly been welcomed by the local community with open arms. Filled with families and couples alike, it’s a very popular destination on a Saturday night and it’s easy to see why.

If you’re looking for delicious, hearty food in cosy and unpretentious surroundings, then look no further. Yes, Anise may be a couple of miles away from your habitual takeaway, but we can assure you it’s worth the trip. Afterwards, you could even pop into the bar next door and make a night of it if you’re so inclined.