Eager to make up for lost time, The River Inn is ushering in a bold new era for food and drink in Renfrewshire.

After establishing themselves, some businesses are happy to coast on reputation or past glories and never strive to reinvent what they have to offer. Suffice to say, The River Inn finds no comfort in getting by on pre-existing name value and 16 long years since opening their doors, they still feel duty-bound to provide a diversity of dining experience for their community.

Although they, like all of us, were naturally disheartened when the pandemic took hold, enterprising director and chef Jason Andrews soon realised that adversity had provided an opportunity to reassess his business.

“It really came about through a lot of sitting in the house and the indecision over what was coming next. I’ve been working in this industry for 25 years and 14 hour shifts, five days a week was the norm even before I had my own business,” Jason revealed. “So, I’m not used to having time on my hands.

“Getting ready for re-opening gave us a purpose and being shut for a while generally means that when it’s time to go, you want people to be like ‘wow.’ I didn’t want them to think that we were stuck in a time warp, so it was the perfect time to invest and get the place lifted. 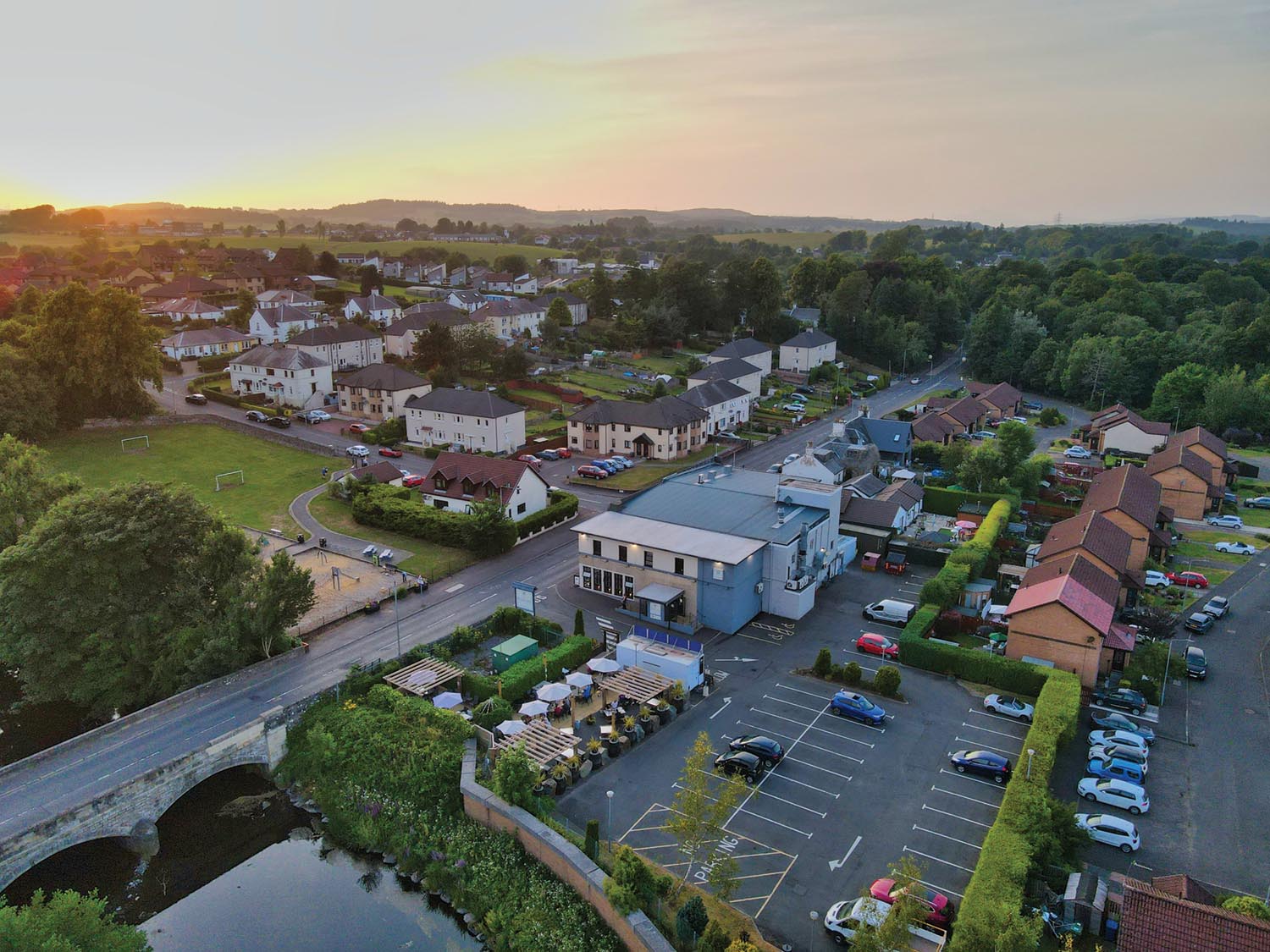 Aerial photo of The River Inn by r7cmedia

“I don’t think there’s anywhere in Scotland that’s offering a Sunday carvery, sports bar, Indian food, street van and a beer garden all in the one venue”

“When we had the first lockdown, we focused on the beer garden,” Jason continued. “Then, we got the [Mill takeaway] van, before refurbishing the inside and coming up with the new sports bar and [Anise] Indian restaurant.”

Fully aware that he was leading with his instincts and entering uncharted waters, Jason is delighted with the response that each new addition to The River Inn has received.

“The majority of the locals have always been supportive of everything in the area and they go out of their way to put money in all of the individual tills. Considering there was nothing like it in Houston and Crosslee, Anise has been really well received,” Jason enthused. “Before, they’d need to go into Glasgow for that sort of food but now, they can walk here and walk back. 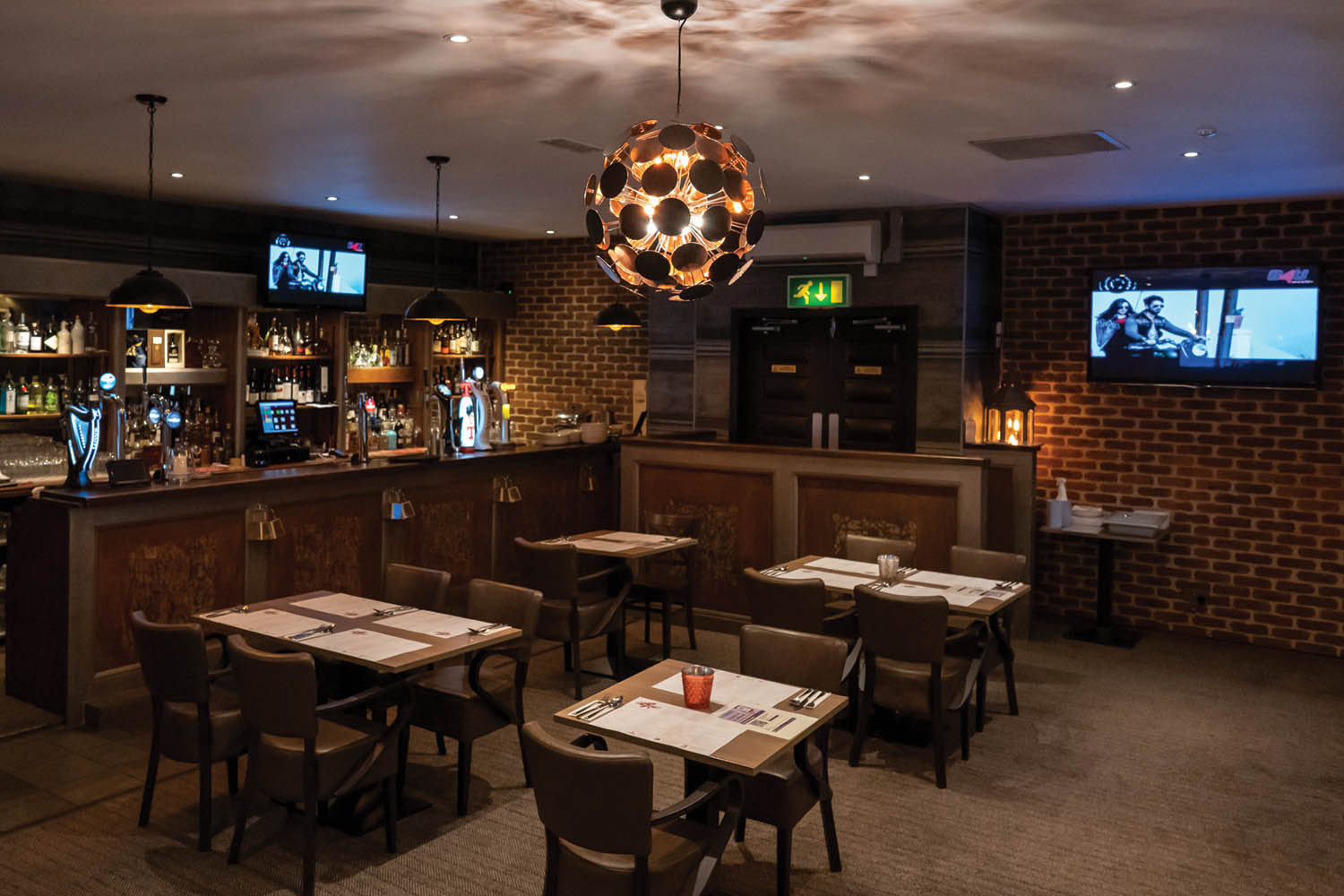 Anise Indian Restaurant at The River Inn, photo by by r7cmedia

“Some people still think it’s me in here trying to make a few kormas, but I’ve partnered up with Zahid and he, along with the chefs, have produced something authentic and special. In terms of the sports bar, the timing of the Euros couldn’t have been better for opening up.

“All the big games were packed and the drinks were flowing. When it’s busy and we’ve got a crowd in, it shows us that it’s a real feather in the cap for the area as a whole.

“After being here for 16 years, you worry about blending into the background,” he pondered. “So, we’re ready to let people know that we’re still here and still evolving. I don’t think there’s anywhere in Scotland that’s offering a Sunday carvery, sports bar, Indian food, street van and a beer garden all in the one venue.

“There’s a collage of different dining experiences here, so there’s really something for everyone. I thought that van was going to be there for three months tops, but it’s a staple now. Every time you look outside, there’s someone here for a coffee or sitting at the terrace and they’re queued round the corner for their breakfast.” 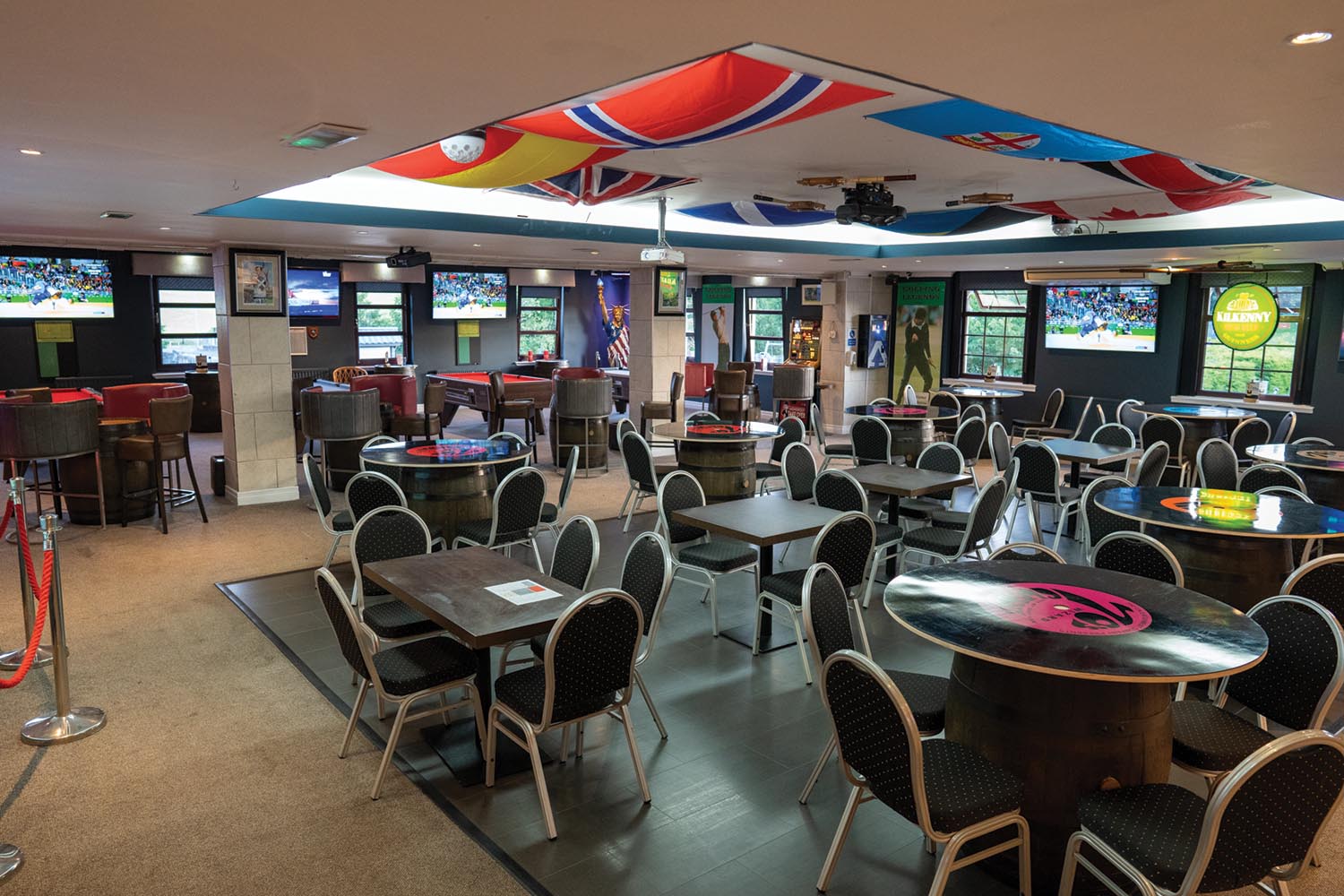 The sports bar at The River Inn, photo by r7cmedia

Born of ingenuity and more than a hint of courage, the newest incarnation of The River Inn has the capabilities to not simply elate their regulars, but bring new visitors to this leafy and tranquil pocket of Renfrewshire. For Jason, there’s no question that it’s taken a village to bring it together.

“It’s unique, but I haven’t done this on my own. It’s been a case of turning the place upside down and starting again so to do that, the staff and customers had to be onboard. I’ve got amazing staff of all ages, and it’s been a big undertaking in terms of working out the dynamics of how each separate area works. You’re only as good as the people around you and we’ve been blessed with really good ones.

“Could it become a destination venue? Absolutely,” Jason affirmed. “If you were to go out on a nice day, you could start in the beer garden, head to the Indian before going to the sports bar. Then, you could end up with something from the van on the way home! We’ve hit the ground running with it and it’s just about making it bigger and better with every chance that we get.”