A star of the small screen and stages alike, Paisley-born actor Neve McIntosh talks us through her Renfrewshire roots, career highlights and more.

Two decades plus since she first burst onto screens, Neve McIntosh remains a firm believer in entertainment’s ability to empower and inform.

Sat in Brew on County Square on a day off from filming, the veteran of both gritty dramas and otherworldly dimensions is using this fleeting return to the town where she spent her formative years to reconnect with her humble Foxbar origins.

And while her memories of the place may be more of a collage of fragmented flashbacks and snapshots than a linear journey, they’re no less important to Neve.

“Going to nursery is the first thing I remember, at a place past the [Durrockstock] dam. A lady named Jennifer ran it out of this big house with a lovely garden. That was fun, as my mum was a teacher there too.

“There was lots of playing, climbing up trees and falling out of them,” Neve smiles. “I loved [Durrockstock] dam. There was a wee boathouse and the place was hoachin’ with wee frogs in the summertime.

“The other thing I remember quite vividly is Gilmour Street and those big steps. Lots of little bits, but I think it’s all intrinsic to who I’ve become.”

Uprooting to Edinburgh in her adolescence, Neve McIntosh attended “a school that didn’t really care about the arts.” So much so that when their drama teacher left, her salary was repurposed for a rudimentary computer lab. Then, after hearing about the council-run Edinburgh Youth Theatre from friends, Neve’s trajectory would be forever altered. 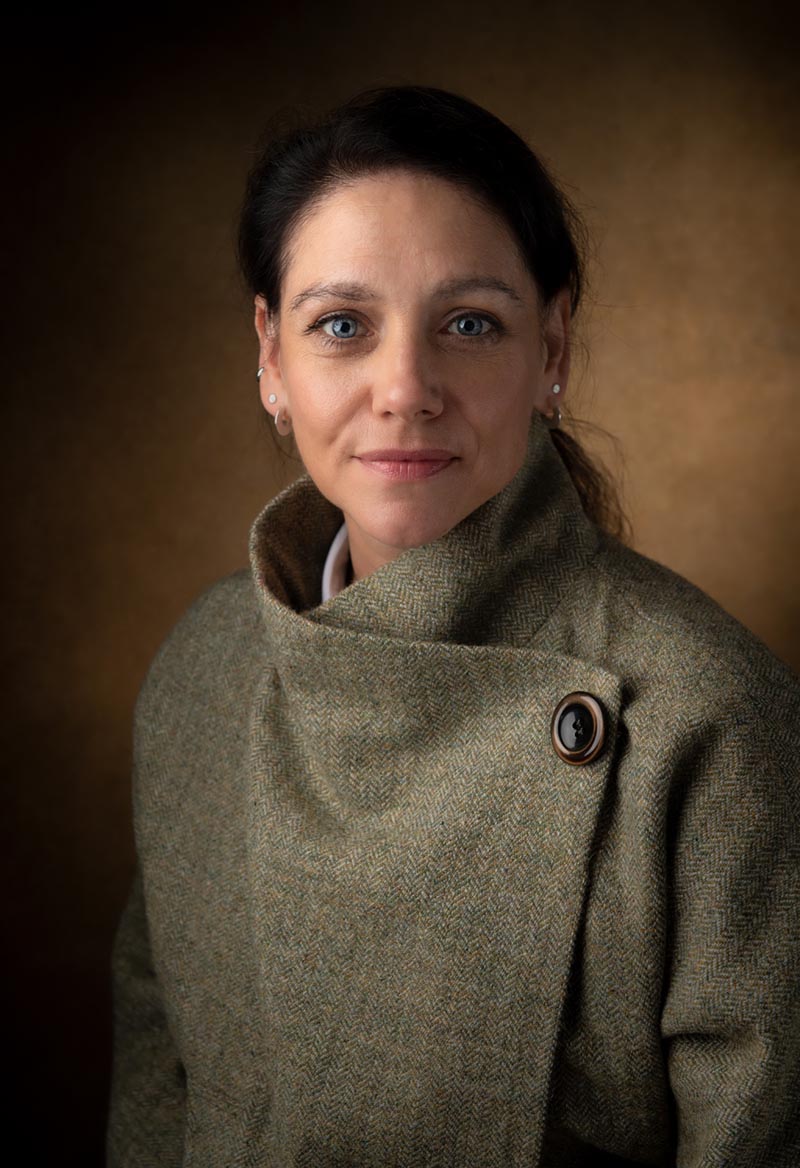 “It was set up for inner city kids during the 80s. there was no f*****g future for us between Thatcher’s Britain and the possibility that we were just going to get nuked anyway,” she recalls.

“It was just down the road from where I was growing up and I loved it. At first, I didn’t really fancy acting. I was doing a lot of art, so I gravitated towards design and costume. But eventually, I just got more into being the centre of attention (laughs).

“I applied to art school and rightly didn’t get in and I was a wee bit lost then. More and more, the idea of acting took hold and I had to go for it. My mum always talks about that moment, she was terrified as she knew it’s a hard business.

“After three years at the [Glasgow] academy, I got myself an agent in London but even then, there were a few years on the dole and working shifts in pubs until something finally stuck. There was a brilliant quote from Denzel Washington where he said ‘luck is when an opportunity comes along and you’re prepared for it,’ that’s this business in a nutshell.”

After a short tenure at renowned West London theatre/pub The Gate, Neve’s career got underway by appearing alongside Dougie Henshall in Channel 4 TV drama Psychos as Dr Kate Millar. With the latter airing in 1999, Neve’s demonstrable talents would soon land her a watershed role in an adaptation of author Mervyn Peake’s fantasy saga, Gormenghast.

Cast in the role of Lady Fuchsia Groan – as namechecked in The Cure’s The Drowning Man – Neve fondly remembers her time working with some of the most decorated British actors of a generation.

“It’s a weird and wonderful thing, people didn’t really get it at the time. Our fantasy world was a bit darker than most, almost an allegory for the rise of fascism. It was an amazing experience.

“Ian Richardson was my dad, Celia Imrie was my mum and Zoë Wanamaker was my auntie, so it was quite overwhelming. No-one knew who Johnny [Johnathan Rhys-Meyers] was either and we’re both sitting there like ‘what is going on?’ I remember we were at a read-through and he just reached under the table and held my hand, as though to say ‘we’re going to be fine.’”

From appearing alongside Tim Roth in Tin Star to starring in Line of Duty creator Jed Mercurio’s cult classic Bodies – which she and many others believe to have been prophetic in examining how the NHS functions in modern times – Neve has proven herself capable of stepping up to any challenge or plot point that a role may hurl her way. 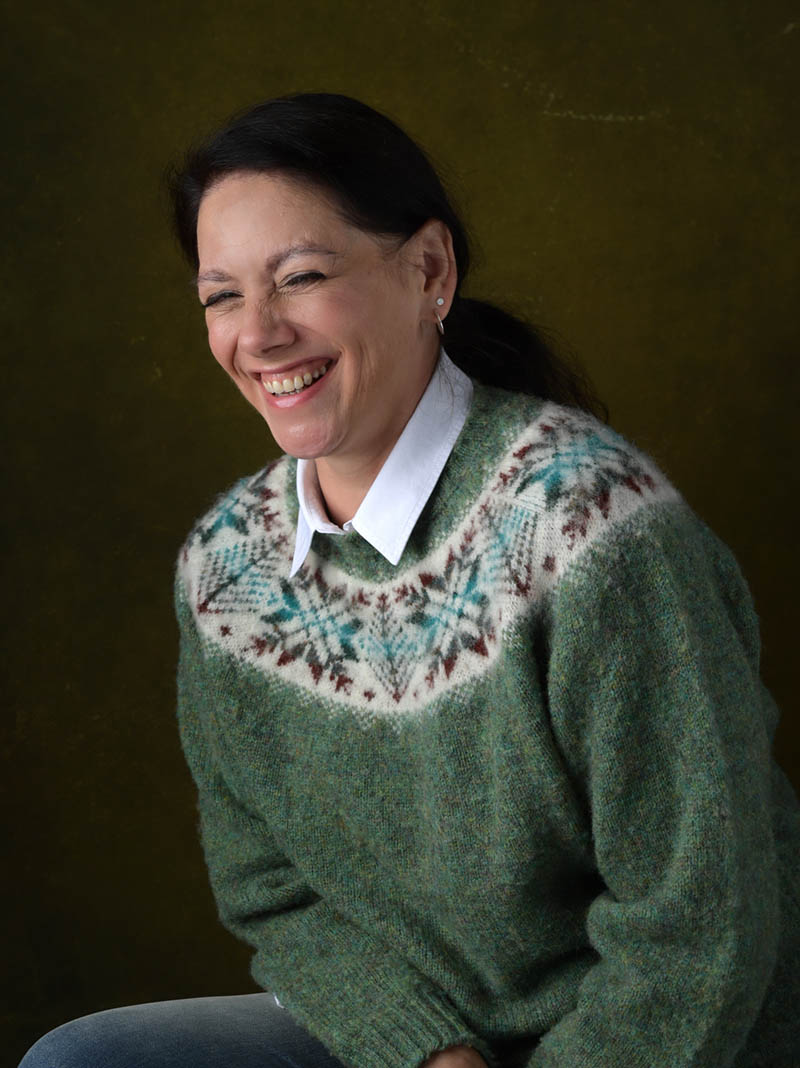 “No-one could even tell it was me as I was in four hours worth of green make-up, plus another hour to get it off!”

Firm in her belief that “storytelling is really important in terms of conveying what’s happening to us” and that it can “make you think about where we all stand together, or apart,” Neve has a tendency to take on projects that speak to societal ills and the nature of humanity.

However, what no-one could’ve predicted is that when it came time for her to appear in fellow Paisley alum Stephen Moffat’s iteration of Doctor Who, her character of Victorian-era reptilian detective Madame Vastra would not only go on to become a series regular, but a sci-fi infused LGBTQIA+ icon in the process.

“That was a weird and wonderful thing to do. I’d played the two bad silurians and I thought, right, that’s great, done a bit of Doctor Who. Then I got the call to say they wanted me to come back in and I thought, ‘what? You’ve killed me twice!’

“But they sent over the script and it all worked out,” Neve muses. “So, that was very cool and it grew into a whole fantastic world beyond that with the audio stories of the Paternoster Gang and lots more.

“I’ve loved sci-fi ever since I first saw Star Wars and I loved Doctor Who when I was a kid, so it’s great to be a part of it. I’m even in the Lego game on Xbox which is so cool to me as I’m a big console chick. 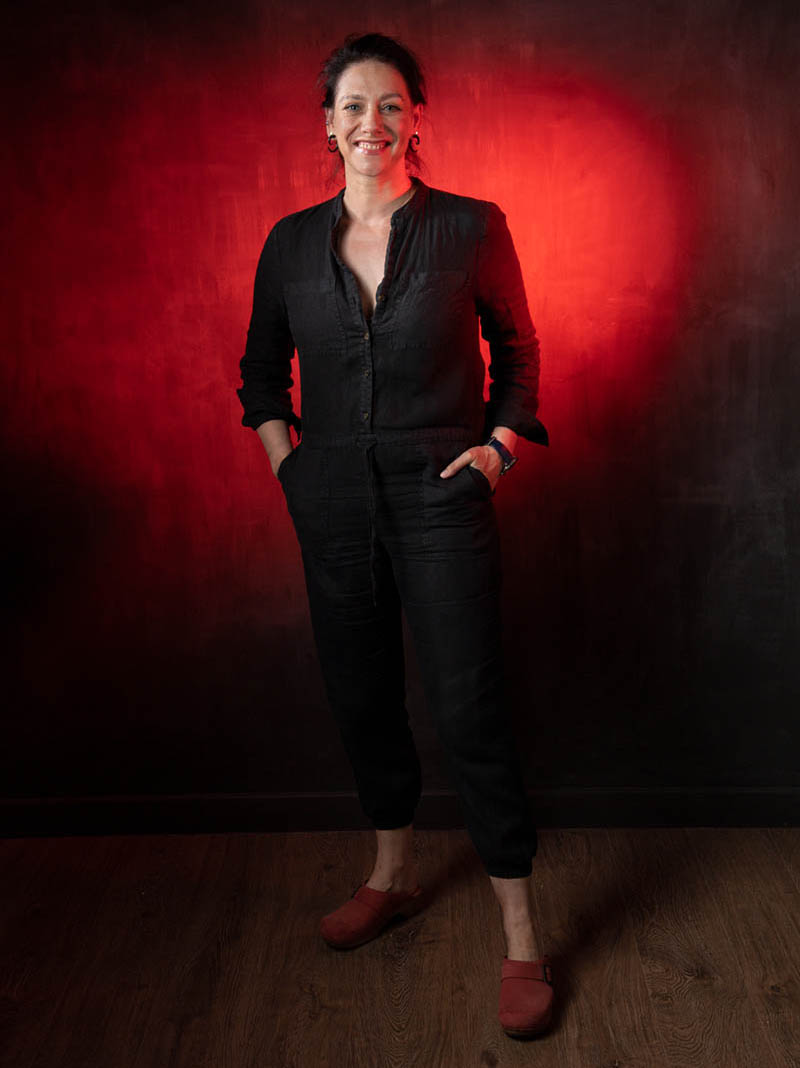 “But yeah, going into Forbidden Planet and seeing myself as a doll is so cool. No-one could even tell it was me as I was in four hours worth of green make-up, plus another hour to get it off!

“I’ve had girls come up to me and say ‘you helped me come out to my parents’,” she continues “and I’m like ‘I didn’t do anything, I just came and read my lines’. Still, to represent that has been a really stunning part of it.

“It’s all to do with playing a role in something more and helping people care. Lesbian couples have even got married dressed up as me and my wife in Doctor Who, I’ve literally met people with my face tattooed on their arms!”

Over 20 years since she first graced the stage and screen, Neve McIntosh has no intention of slowing down. In fact, she’s even contemplating a move to another facet of the profession in order to create the roles that she believes are conspicuous by their absence in the industry.

“It’s funny, guys get more work the older that they get so it’s like wait a minute, women still need to work. When we get older, there’s roles that no-one is interested in and people have got to want to see these stories.

“So, going to see things like Supernova [starring Stanley Tucci and Colin Firth] just made me think that it’s time for me to get the laptop out as there’s no point complaining about people not doing it for me. It’s quite daunting as it’s a whole different discipline, so we’ll see. I’ve certainly got to try!

“For now, it’s just been nice being back out in the world and doing some work!”

“You’ll know and it won’t matter because you’ll have the passion. No one was going to tell me I couldn’t do it. Getting some education in the medium is good as it provides you with a network and the basic skills you need.”