Amid a sea of glowing recommendations, Robert Blair heads to Kilmacolm to see what all the fuss is about. Believe the hype.

There are some places that instantly imbue you with positive energy as you cross the threshold. When striding into Kilmacolm’s fastest-rising eatery of Cairn, there’s an innate sense that some previously unidentifiable weight has been lifted and that you’re now in safe hands.

Rustic and modern in one fell swoop, I’d been informed that it does a roaring trade and it’s very easy to see why. Bustling but not in a way that’s overpowering, Paul and I sit down to peruse what’s one of the more expansive menus that we’ve encountered.

Accented by plaintive strains of country music, the tasteful tiling and wooden plinth that Paul sat on initially led me to believe that they’d carefully preserved some original features. When in reality, it was actually constructed in owner David’s garage and festooned with leather donated by the nearby tannery. 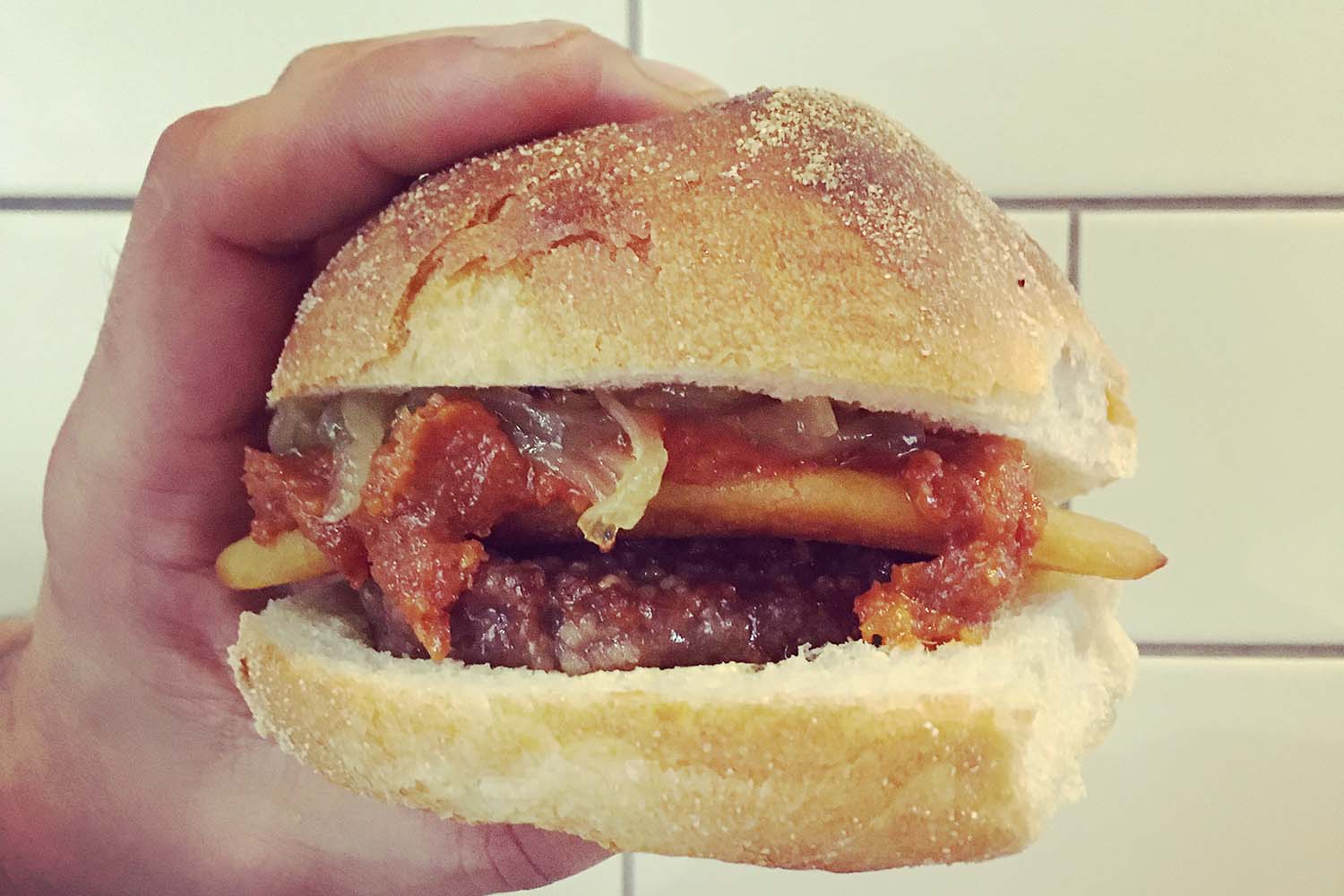 Operated by an alumnus of nearby St Columba’s High School, Cairn has the tenets of a city-centre attraction but with the welcoming quaintness of a local café. When it comes to the food, Paul and I stick to our well-established dispositions. He headed for the poultry, while I made a beeline for the plant-based delicacies.

Handsomely doused in sriracha, the buttermilk fried chicken sandwich (£8.95) was optimised for Paul’s tastes and came with a side of flavourful Cajun fries that I couldn’t resist sampling myself. Meanwhile, I set about devouring a mountainous pile of grilled halloumi, beetroot hummus and mixed greens on some beautiful sourdough bread from Freedom Bakery (£6.50). Washed down with a refreshing latte made from their own “Jaws” roast by Ovenbird Coffee, brokering mutually beneficial collaborations between other Scottish business is clearly pivotal to Cairn’s approach.

Much to my delight, the tanginess of the hummus beautifully contrasted the warmth of the halloumi and left just enough room for some confectionery. Opting for a slice of apple crumble and raspberry, white chocolate and pistachio cake respectively, they both looked so appealing that we were compelled to take a half each. As expected, they just as tantalising as the main attractions. 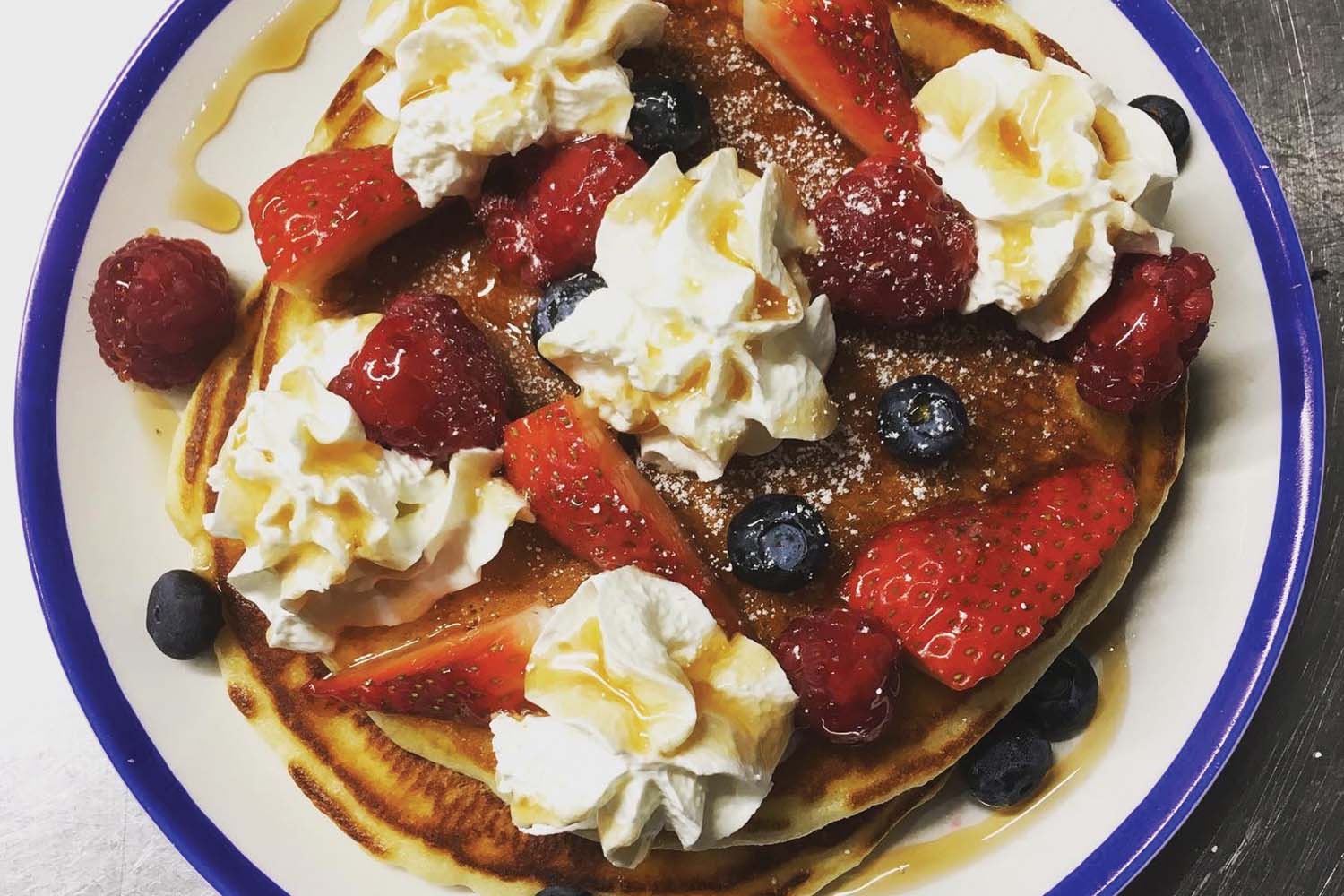 Deriving its name from the Gaelic word for “monument”, it’s a fitting epithet for a place that’s making a beeline for the hearts of everyone that pays a visit. Open in the evenings on Thursday, Friday, Saturday. It’s clear that the ethos of #kilmacommerce that emblazons their advertising board is important to them and David greets each patron with a real sense of gratitude and familiarity. Yet with incredible food and a unique ambiance, it’s no surprise that visitors from further afield are clamouring for the Cairn experience. Don’t delay.