Although some cycling statistics would suggest that the number of kids on bikes is plummeting, it’s a far cry from what founder Scott McIntosh and his team of instructors at Wee Wobblers are experiencing.

Initially inspired by a search for a class for his own daughter, Scott soon acknowledged the gap in the market and sought to fill it. From there, this Paisley-born company has grown arms and legs.


“I got started in November 2017 with trial classes, then we really began in January in 2018 at the Lagoon in Paisley,” he recounted. “To be quite honest with you, I thought that’s where it’d stop but I realised that people were coming from Kilmarnock and all over because there’s not an awful lot of lessons about.

“From there, I slowly started training people and opening up other areas. So, we went from a Saturday morning in Paisley to running classes in Renfrew on a Sunday. Then, we added Parklands, Newton Mearns, Hamilton and Tollcross. It’s all grown quite organically through word of mouth, so that’s been great. It’s either family, friends or Facebook!

“I think we’ve trained upwards of 1,300 kids over the four years and that’s with 12 months out due to Covid. From block-to-block, we’re constantly selling out, but we limit the class to eight kids. You could do a cynical money grab and increase numbers, but they wouldn’t get the same service.” 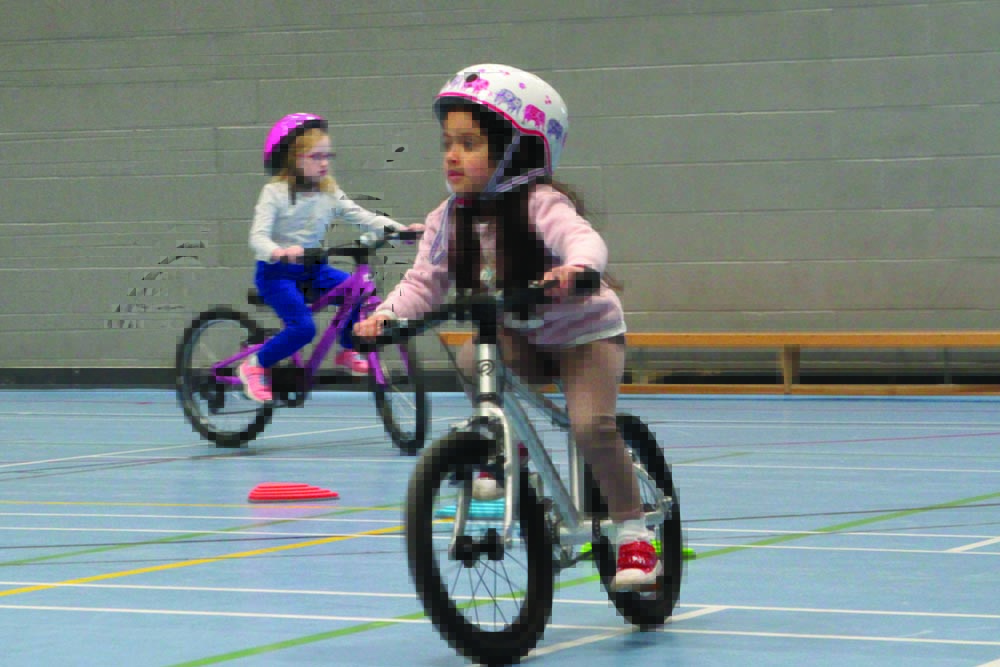 Focused on “teaching them to balance first and foremost”, Scott’s classes for two and up and over sixes are intended to ensure that they “stay safe while keeping others safe too”.

For the company’s founder, the excitement of witnessing a student take off on the bike for the first time never fades.

“Yeah, it’s fantastic as you get to know them all. You can feel some of them pulling away and they’re off. Other times, It can take a wee bit of perseverance but once they get it, they don’t forget.

“When I started this, we had people saying ‘that’ll never take off, who would pay to do that?’” Scott proclaimed. “Well, it’s definitely been a success so far. I know that I like my kids being involved in groups, so it’s definitely a great way to do it. It’s just a case of following the programme, but it’s their hard work that gets them there.

“It sounds soppy, but you really get a lot back from it. As for the future, we want to reach a stage where when someone says ‘cycling class’, you immediately think of Wee Wobblers!”