A first-of-its-kind app, Keep Safe Kids, has been developed by Renfrewshire pupils and a hate crime charity to support their mental health and wellbeing.

Launching today (Friday 19 November), the Keep Safe Kids app is available to all Renfrewshire children and young people and allows them to report bullying and wellbeing concerns directly to their school – the first app in the UK designed to do so.

More than 60 children and young people from primary schools Arkleston, Kirklandneuk and St James’ (Paisley) and high schools Castlehead, Paisley Grammar and Renfrew worked with the award-winning I Am Me Scotland team to develop the app.

Pupils can make reports at any time of day or night, including making anonymous reports, and their school will pick them up during school hours. This gives pupils more control over how and when they report concerns to their teachers, something that pupils told the charity that they wanted.

The app also gives children and young people access to a wide range of mental health and wellbeing support, information and guidance from local and national wellbeing organisations.

Craig Orr, a sixth-year pupil, said he loved being part of the app’s development.

“As a young person, I love that I have this information at my fingertips and all in one place. I think that it is also great that you can hid that you are using the app if you don’t want others to see you are on it. 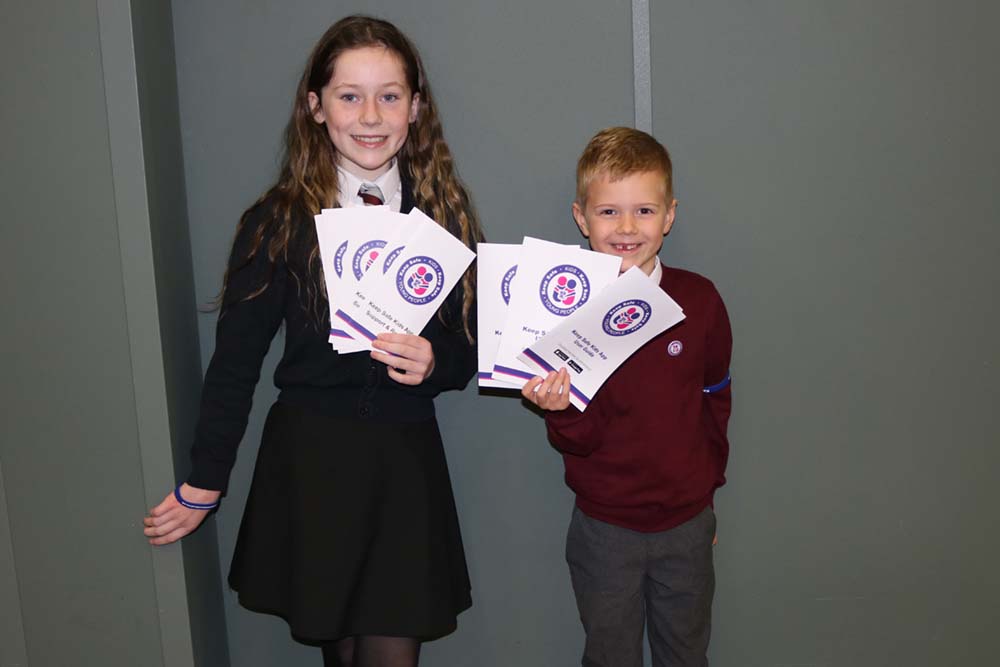 “I think being able to get support and report any issues when we are away from school is a real benefit to lots of young people. I know that some of my friends might not talk to teachers or anyone at home, but the app gives them a brand-new way to reach out.

“It also allows parents and carers to support young people with new resources that they maybe were not aware of, or just to reinforce how they are supporting them.”

Charity founder, Carol Burt, says putting children and young people in control of how they report bullying was a priority.

“Putting pupils in control of how they report bullying was essential, as ensures that they can easily access support and advice. There is a fantastic wealth of information already available, however, young people may not always know how to access it.

“That’s why it was important that children and young people were directly involved in the design of the app, including how it looked and what information was available, and as such they have developed a ground-breaking app that can be made available across Scotland.”

“There’s no doubt the pandemic has impacted many of our young people with many different challenges and as a council, we are committed to the supporting the social, emotional and mental wellbeing of our children and young people.

“We have a robust anti-bullying policy in place, which we developed with anti-bullying charity RespectMe, and this app is a further development of our commitment to ensuring we educate and support children and young people to treat each other with respect.”

The Keep Safe Kids app can be downloaded from iOS and Android.

Santa visits Braehead and brings sackloads of fun for everyone