Recently recognised by National Geographic for her breathtaking work, local photographer Kirsten Ferguson takes us inside the process of capturing images of her favourite subjects.

Like many, I have observed urban foxes in my local area and a few years ago, I began documenting them through a series of photographs. It is true to say that foxes polarise opinion, many view them as pests, regard them as scavengers and they are often labelled as vermin.


Others harbour a fear of them, perceiving foxes as unpredictable and dangerous. Foxes are indeed wild and as with every wild animal, they should be treated with caution and respect. In my view, foxes, and their behaviour, are still very much misunderstood and these incredible animals are unfairly demonised.

In a rural setting, it is unusual to see foxes as they are elusive and largely remain mostly out of sight. The phenomenon of the urban fox is manmade, as their natural habitat has been disturbed and removed in the wake of ‘progress’ through housing, industrial development, etcetera. 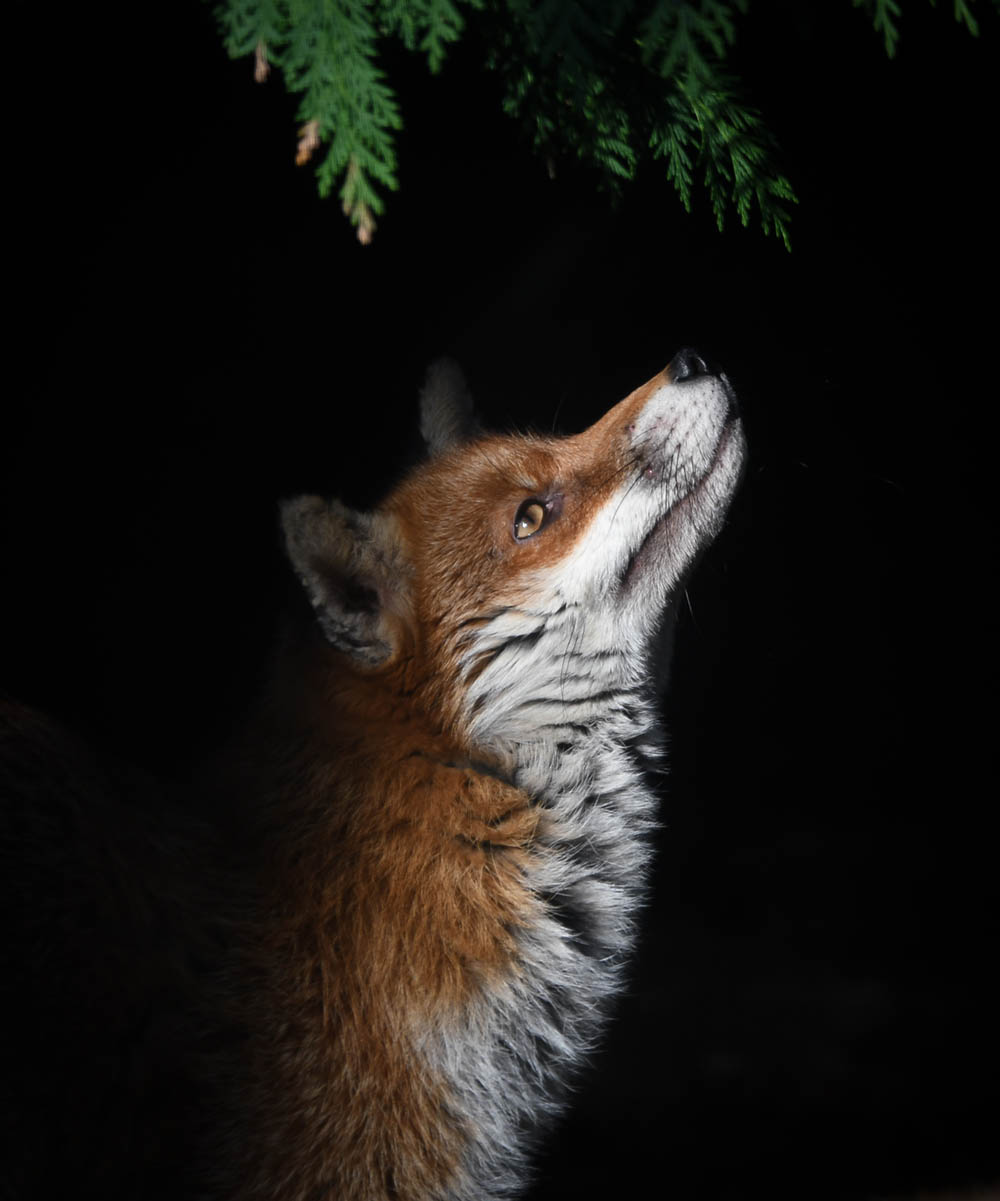 As a highly adaptable species, foxes have successfully modified their behaviour in order to exist in the new version of their world and this has made them far more visible than their rural counterparts.

I have now spent over ten years watching and photographing foxes, but this most definitely developed during lockdown in 2020. I have had the great privilege of watching successive generations of the same family unit over a number of years and I was able to spend more time doing this with the foxes in my local area over the last 18 months. 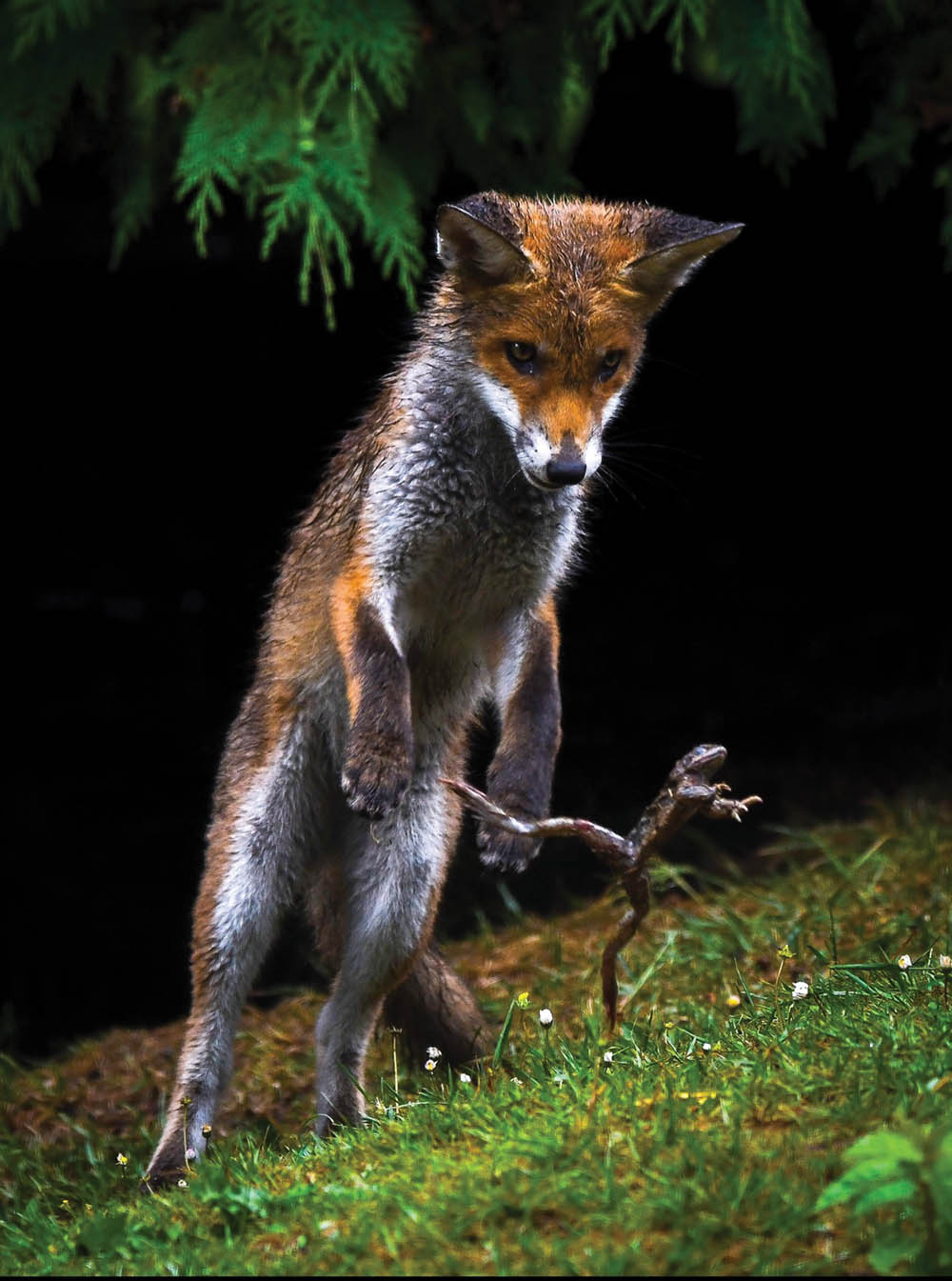 During my time photographing them, I have come to the realisation that foxes are incredible parents; both the male and females are heavily involved in the rearing of their young. While still in the den (earth), the female vixen will remain with the cubs, allowing the male dog fox to handle the responsibility of supplying food.

As the youngsters grow and move out of the earth, the parents support each other to look after their young. Adult foxes are incredibly tender with their children and while it is wise not to anthropomorphise their behaviour, it is clear that good parenting skills are universal. Just like humans, there are times where the boisterous cubs, vying for attention, can test the patience of their parents. 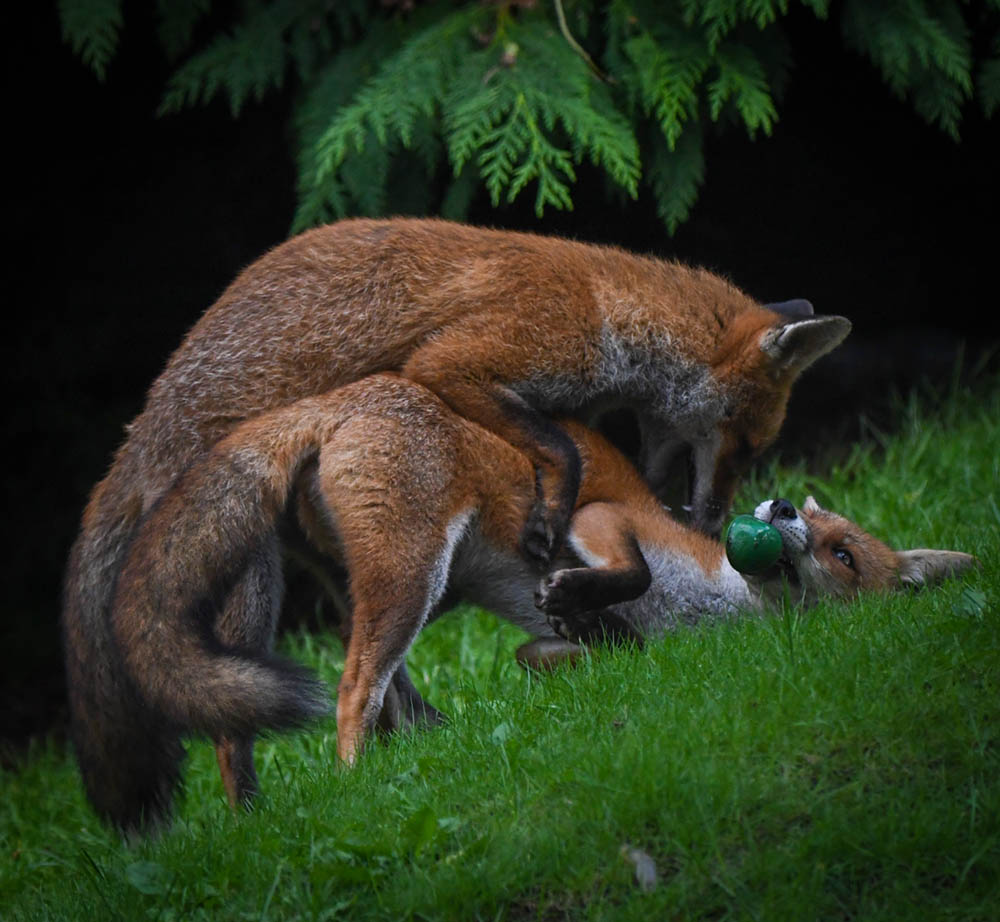 Ball games – young red foxes compete for possession of a plastic ball. Young foxes display puppy like behaviour, playful with each other but also vying for dominance ©Kirsten Ferguson

Certain aspects of fox behaviour are often misinterpreted and there are tales of urban foxes seen in the early morning or twilight carrying a small animal in their mouth. These sightings are often wrongly assumed as foxes taking a family pet such as a cat or rabbit. In reality, this generally accounts for the vixen moving her young cubs to safety if she has identified that the current earth/den is under threat.

The phenomenon of the urban fox is manmade, as their natural habitat has been disturbed and removed in the wake of ‘progress’ through housing, industrial development, etcetera

Watching young cubs taking their first tentative steps out of the earth has been an experience I have enjoyed viewing a few times over successive seasons. Their playful curiosity mirrors that of domestic puppies and their interactions with each other are highly entertaining to watch. If you don’t own a dog and have ever found dog toys in your garden, chances are that you are being visited by playful fox cubs. 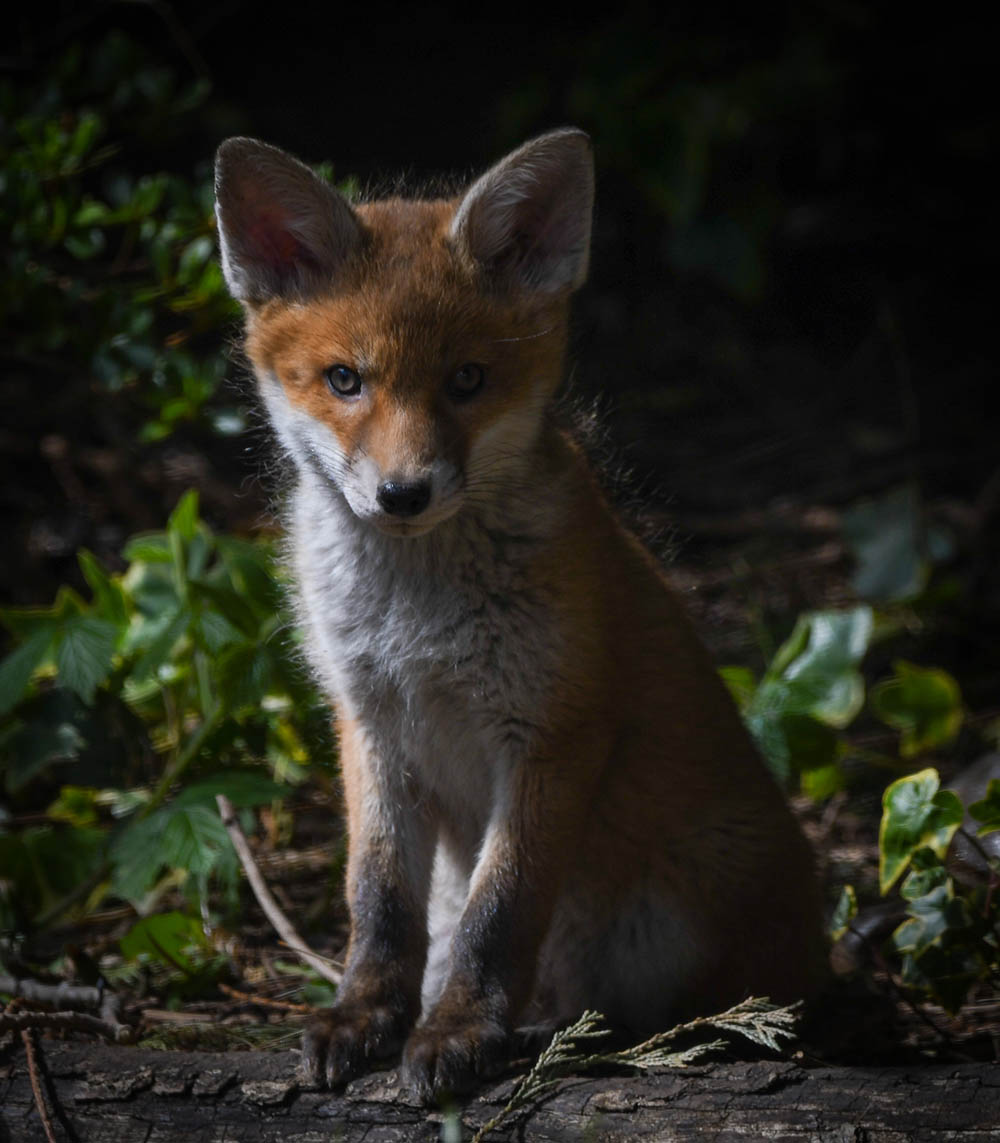 Young red fox – this one is around eight weeks and has developed the distinctive amber coat, the guard hairs are still visible, giving them a fuzzy appearance ©Kirsten Ferguson

In my photographic work, I strive to create images that invite debate, discussion and curiosity. I trained as a fine artist painter, so I have a good understanding of the aesthetic principles of composing an image. I always work with the available natural light to create my pictures and I am fortunate that the locations where I photograph have conditions that create interesting and dramatic lighting.

With all wildlife photography, ethics are of the utmost importance to me and it is vital that the subject is not disturbed in any way in the pursuit of obtaining a shot. Working with a telephoto lens allows me to capture moments without getting too close. 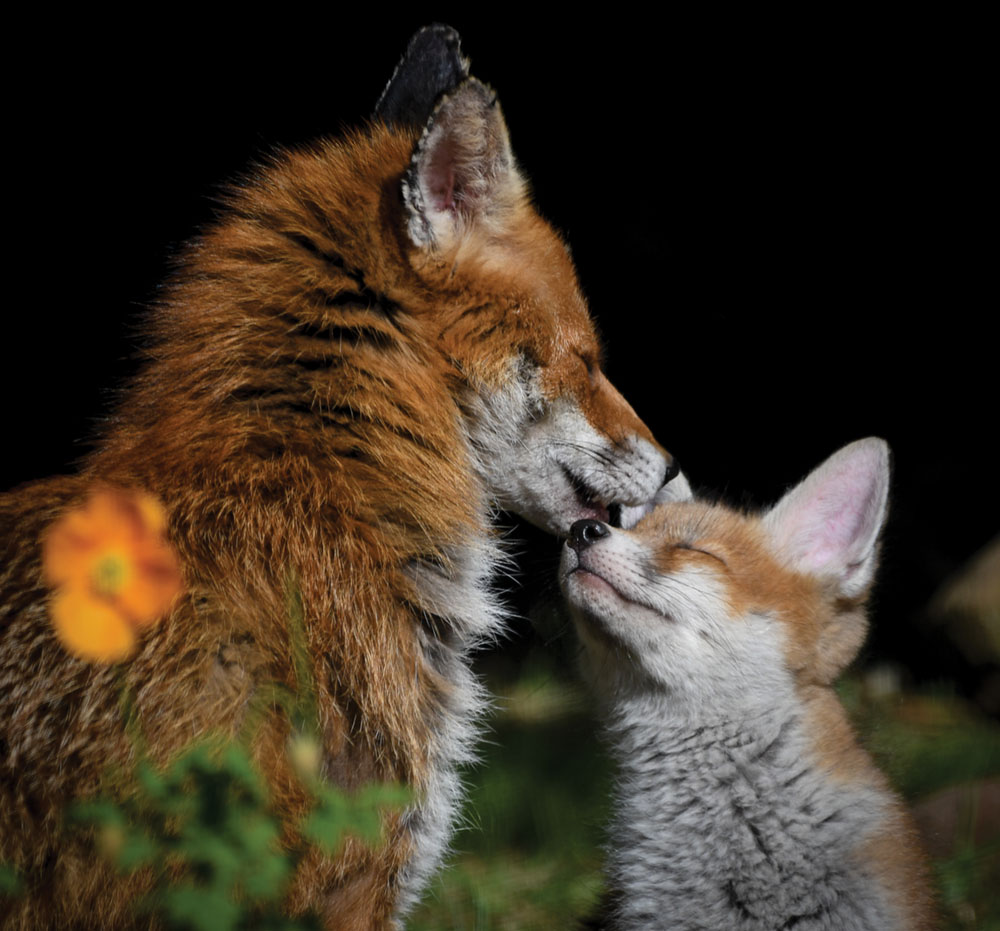 Mill Magazine have been supporters of my work for some time, and as a direct result of their generous online support, I was offered a chance to exhibit a selection of 12 images in the POP gallery in Paisley’s Piazza shopping centre in March 2020 in association with Paisley Museums.

In September of this year, my image A Leap of Faith was selected as the editor’s pick on National Geographic’s “Your Shot” on Instagram and is about to go into print in National Geographic’s animal newsletter. As an enthusiastic amateur wildlife photographer, I am so grateful to have these local and international platforms to showcase my work.

In my view, the red fox is an iconic symbol of Scottish or British wildlife and if my images do anything to dispel misconceptions about them and help others to understand their plight, then I’m satisfied that I have done some good.