Possessing a hypnotic and immersive sound, Paisley-based rapper Washington takes us inside his unique sonic world.

What sparked your initial interest in music?

When I was in Zimbabwe, I went to a boarding school. It was a school where you couldn’t even speak in class, but we were in the choir and that was the only time that you got to actually leave the building as it was in the middle of nowhere. You were there for like four months at a time, so that was the only skive we got.

I didn’t realise it then, but that was the first time that I sang. When I first moved here and I didn’t really know anyone, I’d just be sitting in the house watching like 4Music or some s**t and I’d end up learning songs that way. I’d write them all down and because they swear words, my mum would always give me into trouble (laughs).

I was initially just writing random stuff on my notes when I was out and about, but everyone was telling me to patch music and just get a degree or something. Then, I went to the studio with one of my pals that was already doing music and I did a track but I didn’t even want to do anything with it.

After that, I showed it to the producer that I eventually did [debut EP] Rookie with. I met him out at like De Beers or something and he said to come through and record. So, it all went from there. He wanted me to put tracks out and I just kept saying no for like six or seven months. Then, I woke up one day and decided that I wanted to do the EP and it all came together in like two or three weeks.


How did you feel about the fanfare that surrounded your debut EP, Rookie, when it dropped?

Yeah, I didn’t really get it to be honest (laughs). I just thought my pals we’re going to listen to it, so I just let it all happen now. My thing is that I don’t want to talk and be visible all the time. When someone is on Instagram all the time, they ruin the whole brand. I just want people to want to listen to the stuff, rather than forcing it onto them.

Later on, your single Yungin attracted attention in America. Did this feel like a big step forward?

It didn’t really feel too different. I wasn’t really thinking about where people were listening from, I was just happy that they were. I wouldn’t stop if that didn’t happen, but it just made me want to do more and think about what I want to do next. I’m just letting it grow, as songs don’t always get the real reception until they’ve both out for a few years. Everything happened so fast at the start, so I’m focusing on the long-run now. 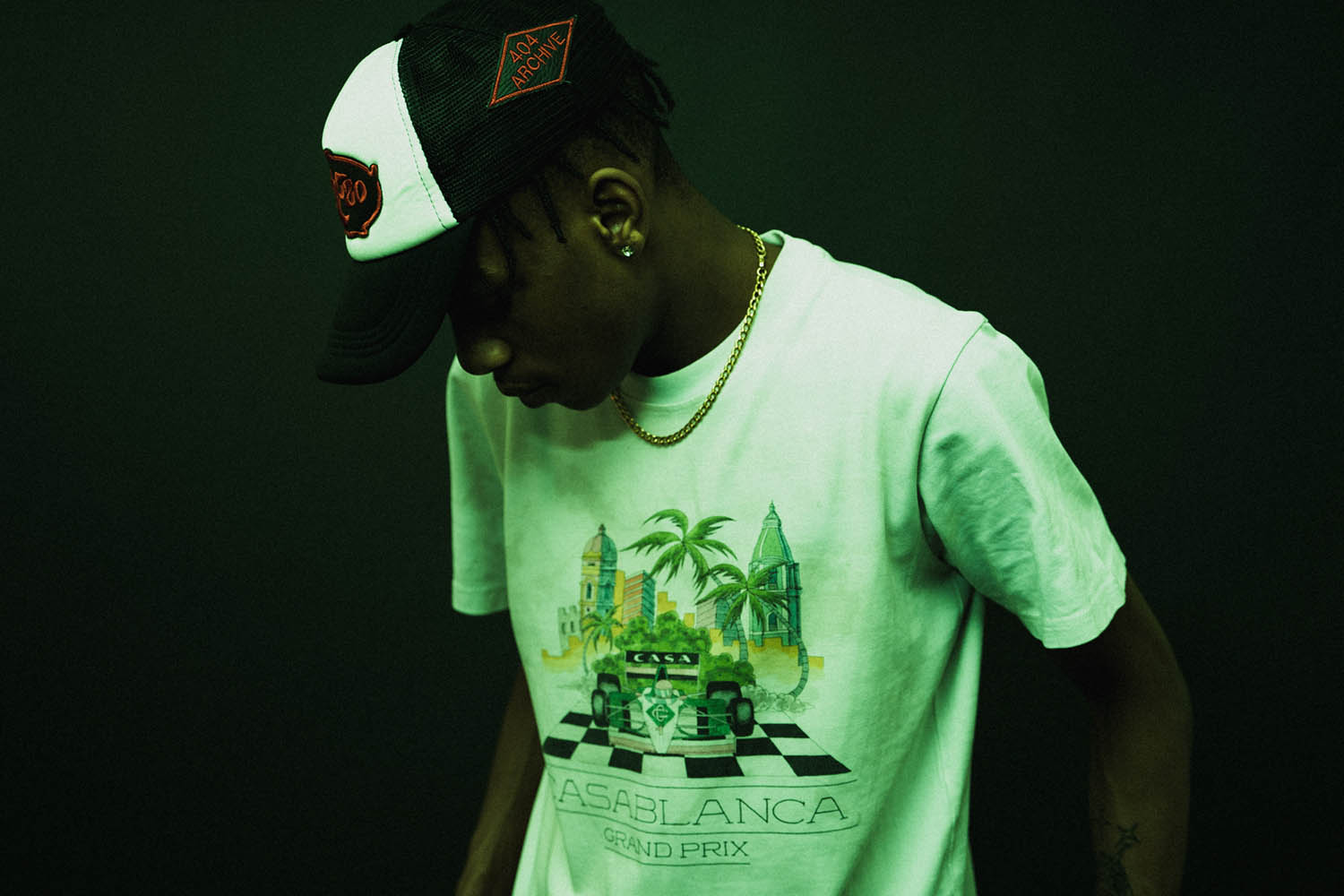 Who were some of your biggest inspirations when it came time to start crafting your sound?

I like Lil Wayne a lot, particularly The Carter IV as that’s what my brother used to listen to all the time. I always had 6 Foot, 7 Foot on. It was so fast, I could never learn the words. I like Dave a lot, although I prefer Psychodrama to his more recent album. Six Paths is still his best song ever for me.

I used to listen to a lot of Joey Bada$$, Mist and Bugzy Malone too. I love the A$AP Mob too, but a lot of that comes down to the aesthetic. They just make everything seem so easy. I think Slowthai is really underrated too.

Where did the concept of the recent track Wide Awake Airways come from?

Basically, I’ll go into things and people assume that I don’t know what I’m talking about because I’m quiet. But really, I’m watching and observing how they act around other people. People were trying to do some weird stuff and I didn’t like it, so Wide Awake Airways was just to let them know that I see everything that’s happening.

Now that you’ve got such a groundswell of momentum behind you, what’s the plan for 2022?

I’m hoping to try and drop at least every two months, three at the most. I’ve got enough content for at least two tapes, but I want to build up the listenership and get proper features too. I’m always looking to work with different people and different sounds. I won’t just do collabs with anyone though, I need to like their music and their message. Above all, I’m really looking for some singers at the moment.

This year, I’m just trying to have fun with it, maybe do a few shows. I like putting out EPs because there’s no pressure. If an album is bad, it’s a much bigger deal (laughs). So when I do that, it’ll be when everything is properly set.

Washington also appears on our Sound of Renfrewshire roundup featuring some of the best musicians in the region. Follow him on Instagram.