In a special bumper edition of “The Sound of Renfrewshire”, we spotlight a handful of the figures who’ve proved that our music scene has flourished in the face of adversity.

It’s no exaggeration to say that over the past year and a half, the world of music has been cast asunder. Through a combination of logistics and shifting priorities, the industry found itself in the unfortunate position of being the first to formally shut down and the last to return.

Along the way, scores of artists found themselves rudderless and suddenly robbed of the ability to do the very thing that ignites their spirit – perform.

Left with the ill-fitting substitute of online sets and live streams, it would’ve been incredibly easy for them to get disheartened. Or worse, throw in the towel.

After all, these people were being implored by some to retrain or compromise on their dreams, even when 99.9% of the world’s population was using music, both past and present, to alleviate their own feelings of anguish and boredom.


Yet just as our region has proven in other areas such as commerce and hospitality, our musicians have demonstrated that this extended absence wasn’t the deterrent that it could’ve very easily been.

Fortified during bedroom writing sessions and on zoom calls with bandmates, Renfrewshire’s artists made it clear that they wouldn’t abandon the artform that they held dear so hastily.

Instead, they formulated plans for how they could not simply pick up where they left off, but improve upon their standings and make 2021 an important milestone in their story.

From instances of togetherness in the name of a good cause to landmark gigs, pivotal releases and artists that are honing their craft, Renfrewshire’s music scene has a lot to heap praise upon as the winter months take hold.

So, as a celebration of their resilience, ingenuity and the incomparable magic of music, we dedicate these pages to a selection of our artists that you should be rallying around in the weeks to come.

After all, if they reach the dizzying heights of some of our most renowned musical exports, then you won’t want to miss the chance to say that you’ve been supporting them since those all-important early years. 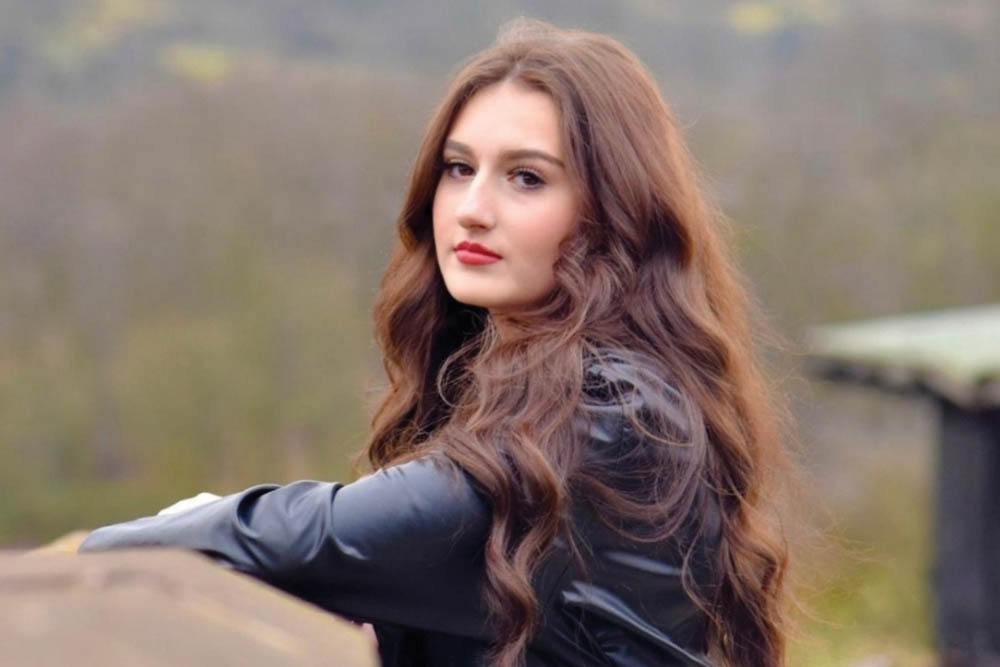 At just 17 years of age, Sasha Kaloheris is already exhibiting every sign of becoming a stalwart of the music world.

Eager to finetune her live set at every turn and armed with an effervescent quality to her sound that makes it practically bound towards you, her debut single, Bad Days has racked up over 10,000 spins on Spotify at time of writing.

With its follow-up on the horizon, we can guarantee that this young artist has no intention of plateauing and will be aiming for even greater success this time around. 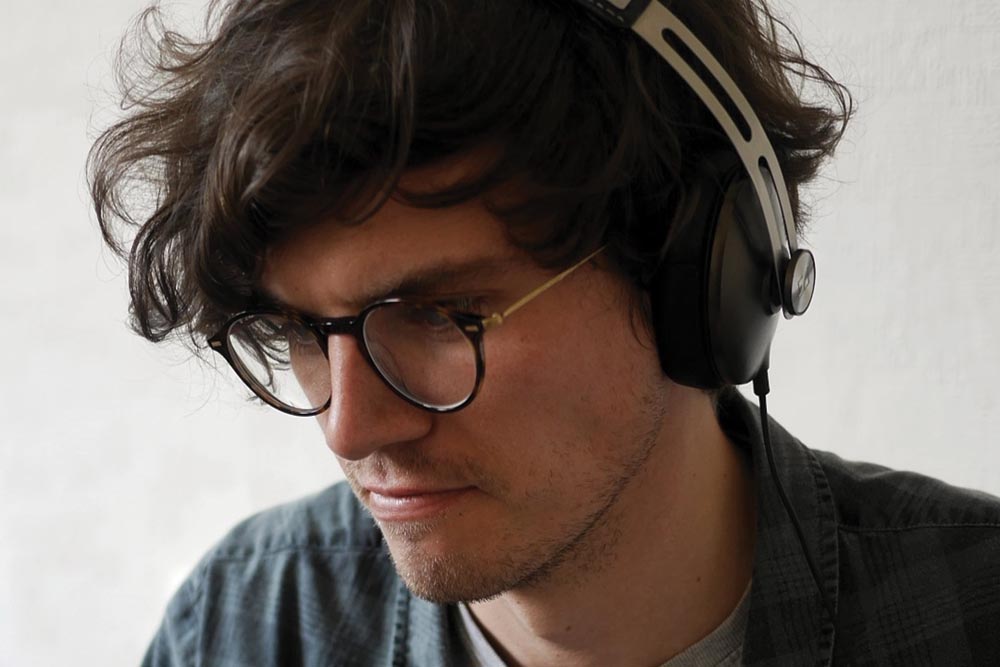 Atmospheric, innovative and affecting, Arbo is among the most exciting prospects in Renfrewshire. Plying his trade in the realm of dance music and electronica, his sound takes heed of the blueprints of pioneers such as Four Tet and Nils Frahm while remaining unmistakably his own.

Having written and recorded music at a prolific rate across 2021, we estimate that the coming 12 months will represent this multifaceted artist’s breakout year. 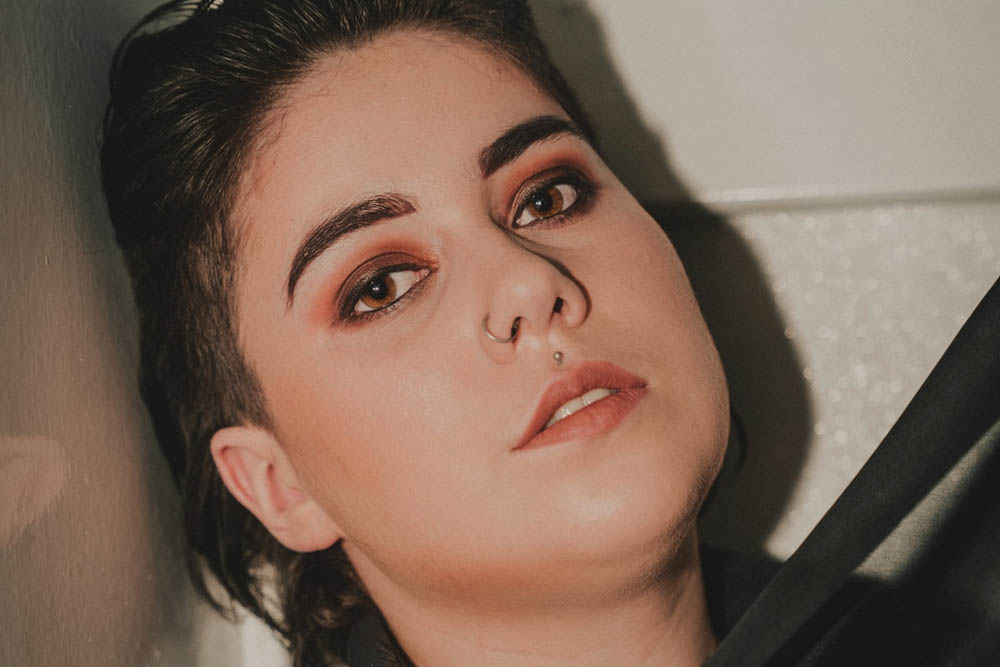 Although she may not originally hail from this neck of the woods, this talented singer/songwriter has nestled into the area nicely and has been energised by her new surroundings.

Possessing a staggering and versatile voice that can veer from strident rock to tender ballads, all signs suggest that she’ll be releasing new music in the weeks and months to follow.

In the meantime, you’d be remiss not to head down and catch one of her sets. 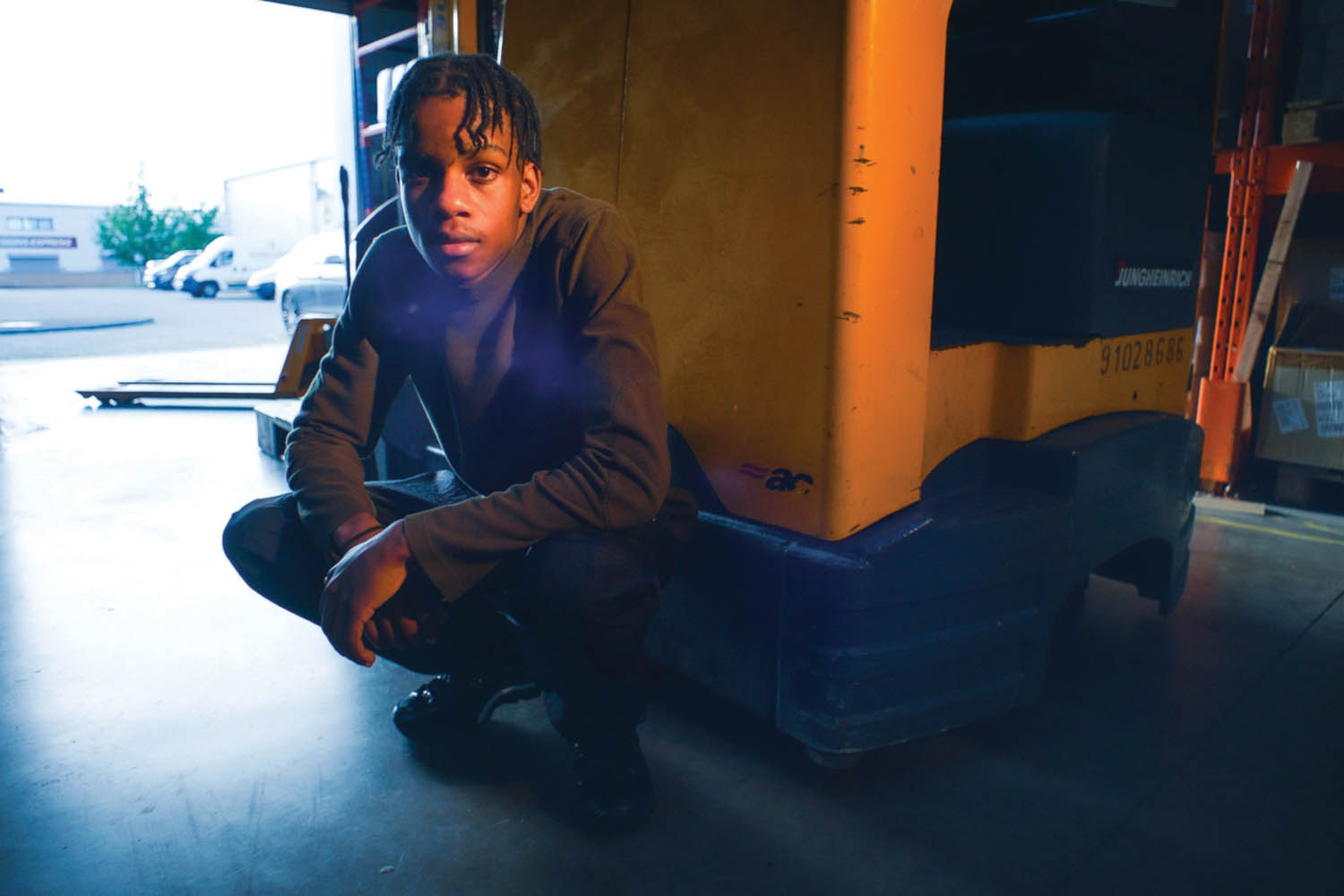 The owner of a demure and nonchalant flow that is instantly hypnotic, Washington is an MC whose style is sure to leave an imprint.

Propelled into the wider consciousness of Scottish hip-hop after his April 2021 track Yungin was picked up by BBC Radio1 XTRA, one listen to the track or an offering such as the Hannymoon and Gillieson-aided Low Down will tell you all you need to know about his dexterous flow and innate star power.

Having moved to Paisley from Zimbabwe at the age of 11, Washington is an artist who has the bars, demeanour and adaptability to any given beat that’s required to continue to climb up the ladder and put himself on the map. 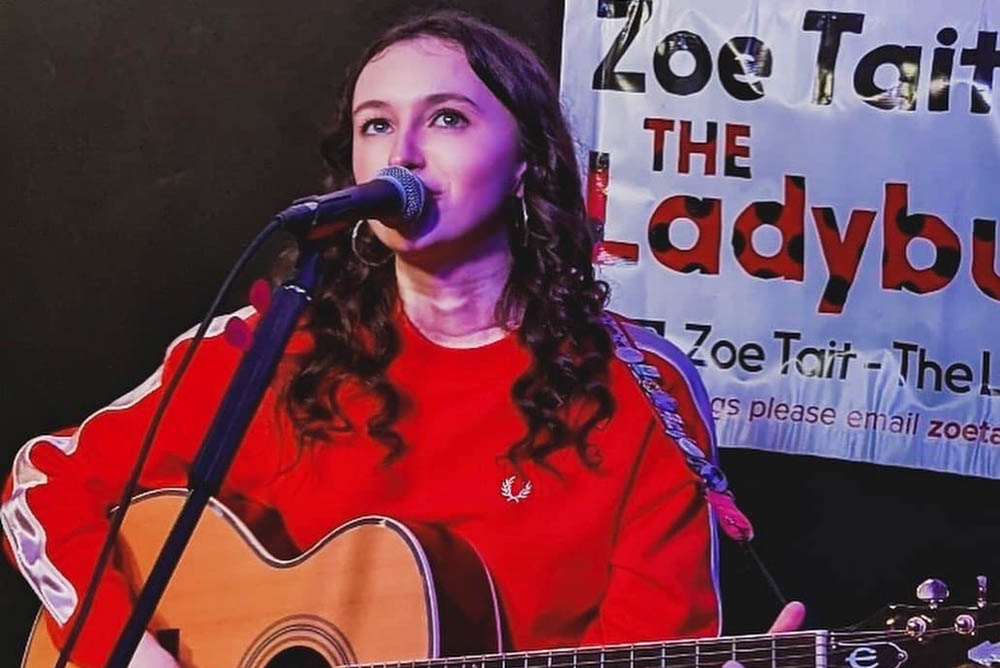 Otherwise known as The Ladybugg, Zoe Tait has been a lynchpin of the local gigging scene for recent years, but it’s clear that she has no intention of stopping there.

As exhibited on the riveting, Jake Bugg-influenced Why from last year, her songwriting talents and the panache with which she delivers each and every syllable proves that she has talent to spare and we’re excited to see where she goes from here. 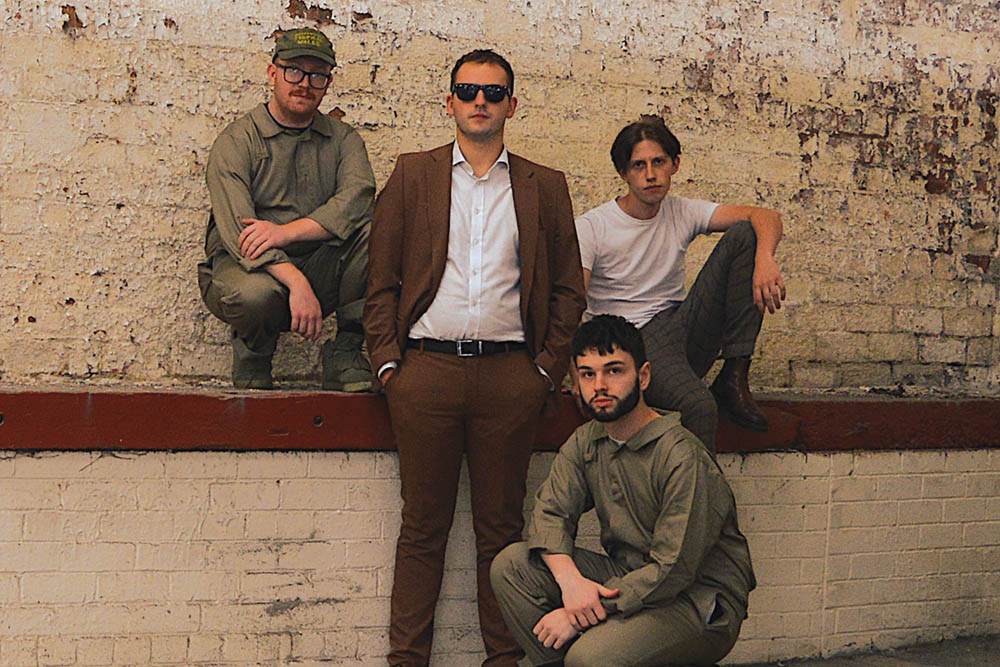 Rising from the ashes of a litany of local bands from Paisley and Johnstone, The Noise Club sees each member of the group pursuing the music that they feel they should’ve been making all along.

Where most bands tend to start out in practically undetectable manner, this self-assured post punk outfit came roaring out of the gates in the form of a support slot with Glasgow indie standouts The Dunts at Oran Mor.

Now, the group are making their debut on home soil at Callum’s Cavern on Saturday 6th November and if we know them like we think we do, it’ll be a raucous evening to say the least. 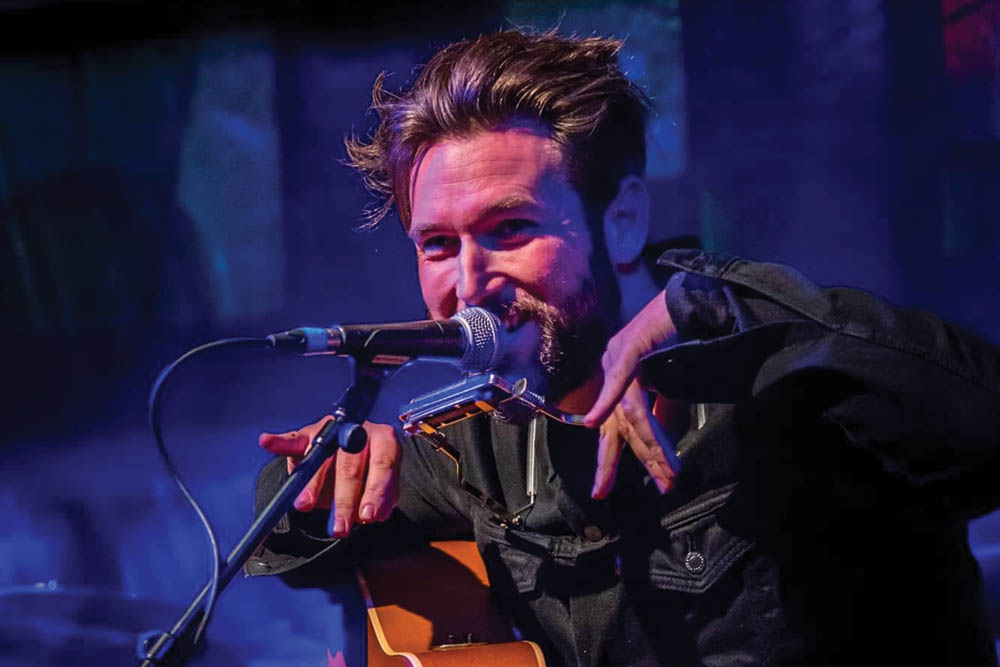 On Wednesday 24th November, Glenburn-born singer/songwriter John Rush has a date with Scotland’s most famous tiled ceiling. A massive milestone in any career, John is heading to the Barrowlands to support Hipsway during what’s been a massively prosperous spell in his career. Here, he talks us through his feelings as he gears up for the gig.

“I mean, it’s just iconic. it means a lot of different things I suppose. Sweaty nights, arguments, laughs, everything. It’s like a Tennents advert in your heid everytime you think about The Barrowlands, really (laughs.)

“I remember going to see Supergrass with a mate when I was maybe about 22-23 and I can’t really remember the gig, but I just remember the night as a whole. I’m sure my mate found himself in a bin at one point! I think when you’re young and full of confidence, you think you’re going to play everywhere.

“But as you get older, it feels more like a pipe dream and it’s like ‘och well, now I’m playing my pal’s pub round the corner and that’s fine too’. It came out of the blue, it’s something that I definitely didn’t expect to happen at this time in my career. So, being offered to play it is unbelievable.

“I get nervous before gigs and that’s just part and parcel of the experience, but I’m not scared of doing it. I’m excited, but I know as soon as I step on there with the band, I’ll do what I normally do. Hopefully (laughs).

“As I’ve gotten older – and certainly from the Beneath The Apple Tree album onward, my songs have become a lot more personal and they almost feel like wee diary entries. So, the idea of bearing my soul to the Barrowlands is a wee bit nerve-wracking, but I’m confident that it’ll be alright.

“I’d been asked to support Hipsway before and I ended up not being able to do it as I had a gig elsewhere. Now, I’ve got a chance to do it properly and I have a band with me now, so it’ll sound a lot different than it would’ve before.

“We’ll be doing what we always do, having a laugh with the audience and playing our songs. Don’t make eye contact with me during the gig, because I will talk to you!”

Keep up with John and get all the latest news via his Facebook page. This feature appeared in the November/December 2021 issue of Mill Magazine.