Fresh from launching a compilation to raise funds for the Paisley-based autism and learning disabilities centre, The Gateway’s Dan Drennan talks about the album and what music means to the service.

At Renfrewshire’s The Gateway, music is not inconsequential. For this award-winning service, the artform is among one of the many things that they enlist to help improve the emotional wellbeing of adults with autism and complex learning disabilities.

Having recently celebrated their tenth anniversary, Gateway staff member and local musician Dan Drennan fused the day service’s tangible connection with performance and his own network of peers in order to create Friends of Gateway.

Featuring contributions from The Vegan Leather, Arbo, Linzi Clark, Quinny, and Falkirk’s Pleasure Heads as well as music from the service’s in-house band, The Gateway Clash, all proceeds from the digital album go straight to the centre and for Dan, it’s been a joy to bring to fruition.


“The idea probably came to me around March. When I was younger, charity compilations were a big thing in the DIY Scene. One day, I was scrolling through my laptop and found one that was released for testicular cancer and I thought I could do something similar,” he recalls.

“It was actually a complete coincidence that it happened to come on the anniversary. We’re doing a lot for it this year, we’ve even got The Great Gateway Bakeoff coming up soon!

“We were lucky that everyone that we asked to submit a track was onboard with helping the centre out. As someone who’s involved in music, it was really cool to be able to combine the two. Particularly as we had tracks from The Gateway Clash on there. 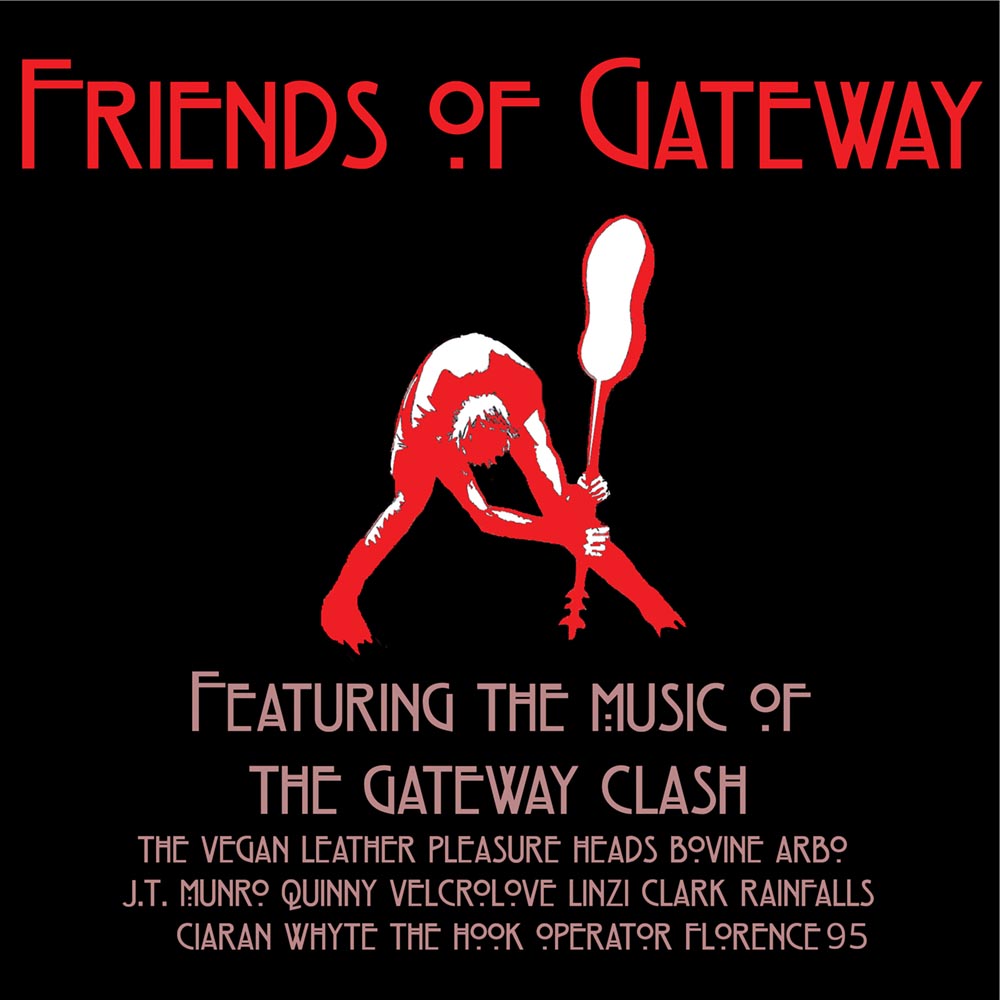 “At the end of the day, it’s more about getting people backing the centre than creating this great work of art. By the same token, it’s cool to be able to say ‘look at all the people who are backing what we do here’. Sadly, we don’t have Orange Juice or Arab Strap, but there’s plenty of great Scottish talent on there (laughs).”

As for the joy that music brings to those who attend The Gateway, Dan has seen the positive impact that creativity and making music can have firsthand.

“We see the benefits in front of us. There’s one of our guys in particular where it just has an amazing effect on his confidence. He’s normally quiet and shy, but then you get him up to sing and he absolutely belts it out.

“We’ve actually been writing songs with The Gateway Clash and that’s been so cool,” Dan proudly declares. Ideally, we’ll have an actual EP of their stuff by some time next year. For now, any money that we raise from the compilation will be going towards maintenance of our equipment!”

The Gateway Clash – Friends Of Gateway is available now via Bandcamp. This feature appeared in the November/December 2021 issue of Mill Magazine.