Linzi Clark on her debut album, All I Have Now

Linzi Clark talks us through the process of recording her first full-length body of work and the personal journey that it took her on.

Known for her candour, creativity and transfixing vocal performances, Paisley-based singer/songwriter Linzi Clark has received a lot of fanfare in recent months and with good reason.

Previously seen as the enchanting voice behind electronic duo DRIFT, the past few months have seen her re-route her attention towards the release of her forthcoming debut album, All I Have Now.

A spellbinding collection that never compromises on self-reflection and regularly soars to the heights of understatedly anthemic, it’s a collection of songs that any musician, seasoned or unproven, would be immensely proud of.


Although it started from modest beginnings, Linzi couldn’t be happier with how these songs have evolved thanks to the help of an elusive local mastermind.

“It was born out of the songwriting masters that I did at uni. Part of that was about producing a big piece of work at the end of it and I opted for an album. At the end, I had this demo album that wasn’t good enough to be released, but I knew I wanted to do something with it.

“Eventually, it just became this thing that was looming over me and I uploaded a video of a track from the record, ‘The Kitchen’, to Instagram. Soon enough, Bovine (local musician, producer and digital artist) got in touch and said ‘this is really good, is there a recording of it?’ So, I responded ‘no, but I need to record a whole album’ and from that, I roped him into working on this with me (laughs).

“It actually happened quite quickly, we got it done across like five-to-six weeks. Working with him was great as it totally took away all my fears. When you’re speaking to someone who can make it sound like whatever you’ve envisioned, it’s just so good.

“I’d send over a voice note, Bovine would listen to it, work his f****g magic and send me a guide track. Then, I’d come back with my vocals. It all just worked so well. I’m notorious for not replying to messages, but I got back to him really fast (laughs).”

Formed of 11 tracks of introspective folk, All I Have Now is a rich tapestry of her experiences. And for Linzi, the process of recrossing the threshold into moments long since past has been a rewarding one.

“A lot of the songs were written at completely different times, which is something that I really like about the album. It all sounds like it’s part of the same world, but it’s all little snapshots. It essentially spans the last three or four years of my life all in one,” she reveals.

“The narrative and the meaning of some of the songs have changed too. It’s interesting, as having to talk about it makes you really reflect on what these songs are about. It gives a bit of clarity as you’re not just writing it then and there. I never set out to write a song about something, you only realise when you look back.” 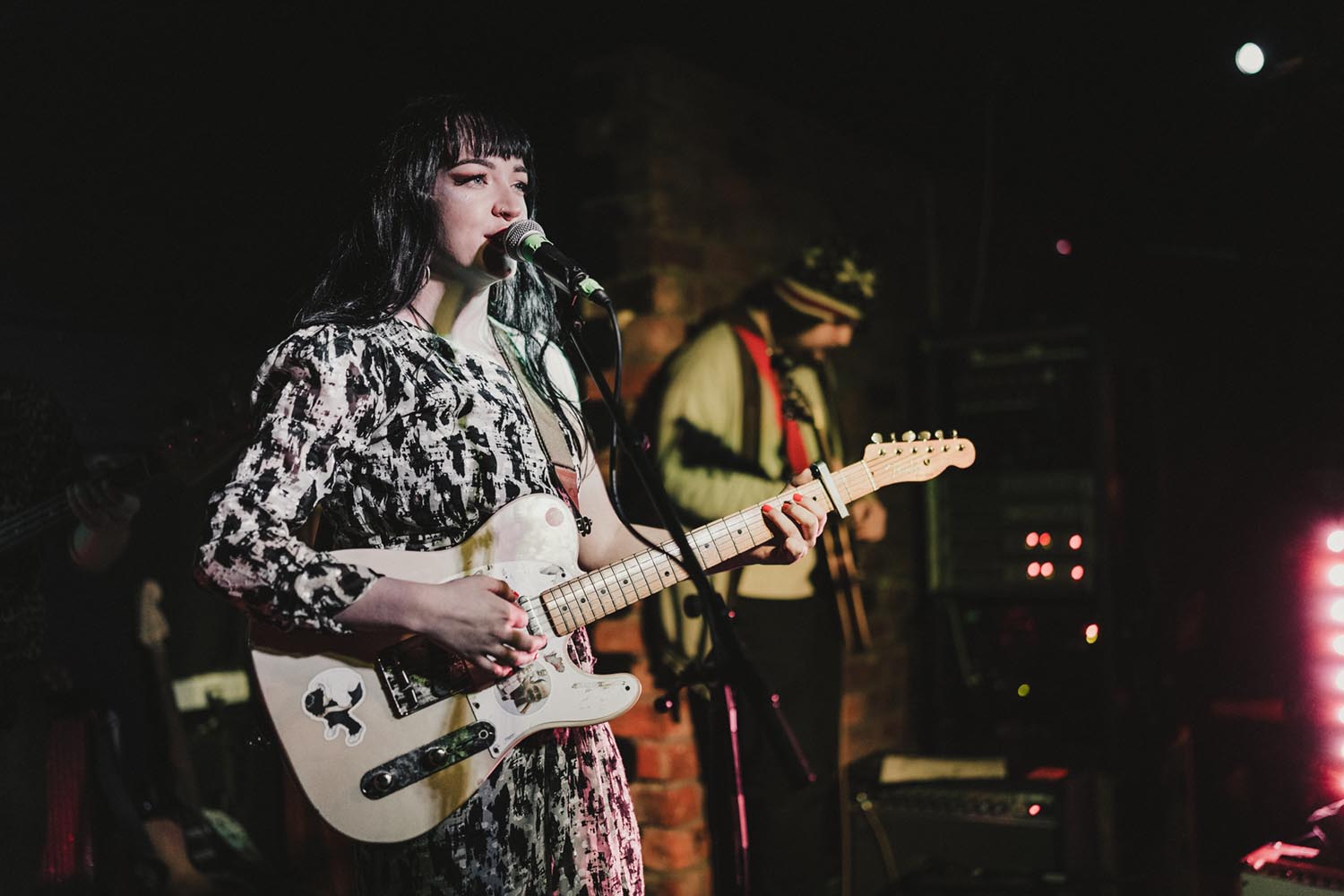 Featuring everything from tales of internal triumph and stage fright to romantic misadventures and a subtle appearance from her dad on the backing vocals of Moments Gone, crafting All I Have Now has clearly been a cathartic experience for Linzi. What’s more, she’s learned a lot about herself as an artist and a person along the way.

“I’ve realised that collaborating is so important to me. I’ve also had this big revelation that the things that I thought were my weaknesses are actually my strengths. Like, maybe the fact that I’m not really technical means that I’ll do things that people might not necessarily think will work,” Linzi contends.

“I still struggle with getting into the mental space of thinking of myself as an artist and I think that can be a good thing too. So, it turns out that staying true to my vision is the way to go. I’ve learned that I can have my own wee world, but I can have someone help me and that’s ok.

“Now that the songs are out there, it sounds so much more real,” she says. “I still can’t get over hearing my songs on the radio. It’s something I’ll never take for granted, they just sound so much better on there somehow (laughs).”

Not content to let this record exist in a vacuum, Linzi Clark is planning to launch the project with a show at Glasgow’s Hug & Pint on the 30th November and it’s fair to say that she’s cautiously excited.

“I’m really looking forward to it. I’m a bit concerned that it’s going to have some sort of breakdown onstage or something (laughs). It’ll just feel like the final thing. I see the album in two stages. First, getting it out there. Then, playing the songs live with a band. I think I’m going to manifest that it’ll be a good life moment for me. I don’t want to get stressed by it, I just want to have fun!”

Linzi Clark – All I Have Now is available to buy from Bandcamp. This feature appeared in the November/December 2021 issue of Mill Magazine.