In the first of an ongoing series of Q&A’s with burgeoning talent from around Renfrewshire, Jennifer Leitch and Daniel Esteban of Subtopian Planning Board talk us through what makes them tick as both an artist and a listener.

What inspired you to pursue a life in music?

Jennifer: My mum and dad gave me a very intensive music education growing up, they would have me listening to everything from Ella Fitzgerald, Crowded House, Squeeze, Runrig, The Proclaimers and Edith Piaf. There was a lot of country music in there too. They bought me my first guitar when I was 13. I started writing songs when I was 17 and from then, I knew this was my thing. There’s nothing quite like hearing a song that just connects with your soul and to other people, I want to make music that does just that.

Daniel: I suppose it all stems from my parents showing me their favourite music when I was younger, my mum playing her favourite punk music in the car when we’d go for drives. That was really the initial spark of my love for it. Learning to play guitar in my teens was a big moment. It showed me that I could create as well.


What is the mission statement of your music? How would you define your artistic direction?

Jennifer: I think we’re constantly growing and finding new influences. We all love the same sort of music that we grew up listening to as kids and teenagers, so we have that as a shared basis for musical inspiration, but when we’re writing now, it’s a bit more experimental. A bit more soulful and funky too, but never too serious.

Jennifer: I’m not too sure to be honest, other than to make music that we enjoy playing live and recording, I don’t know if I personally have one. Being in the moment and feeling free to do whatever we want, regardless of genre or style.

If there’s one album that shaped your understanding of the power of music, what would it be?

Jennifer: Only Revolutions by Biffy Clyro. I was in third year in school when this album came out in 2009. I remember everyone just being obsessed with it, even the cool kids that didn’t speak to me would sit in class and talk to me about our favourite songs in the album. Pretty much the entire year went to see them at SECC when they toured the record, it was amazing to see all these people share a common love for the music and we were all so buzzed about the gig for weeks after.

Daniel: I’d say OK Computer by Radiohead. That was the first album I was obsessed with. I listened to it over and over again. So many layers, a lot to listen to.

If you could collaborate with one other artist, living or dead, who would it be?

Daniel: So many. I think we’d create something cool with The Mars Volta. Boards of Canada as well. Working with producer George Martin (The Beatles, Ultravox, others) would be amazing, he was always in service to the song. 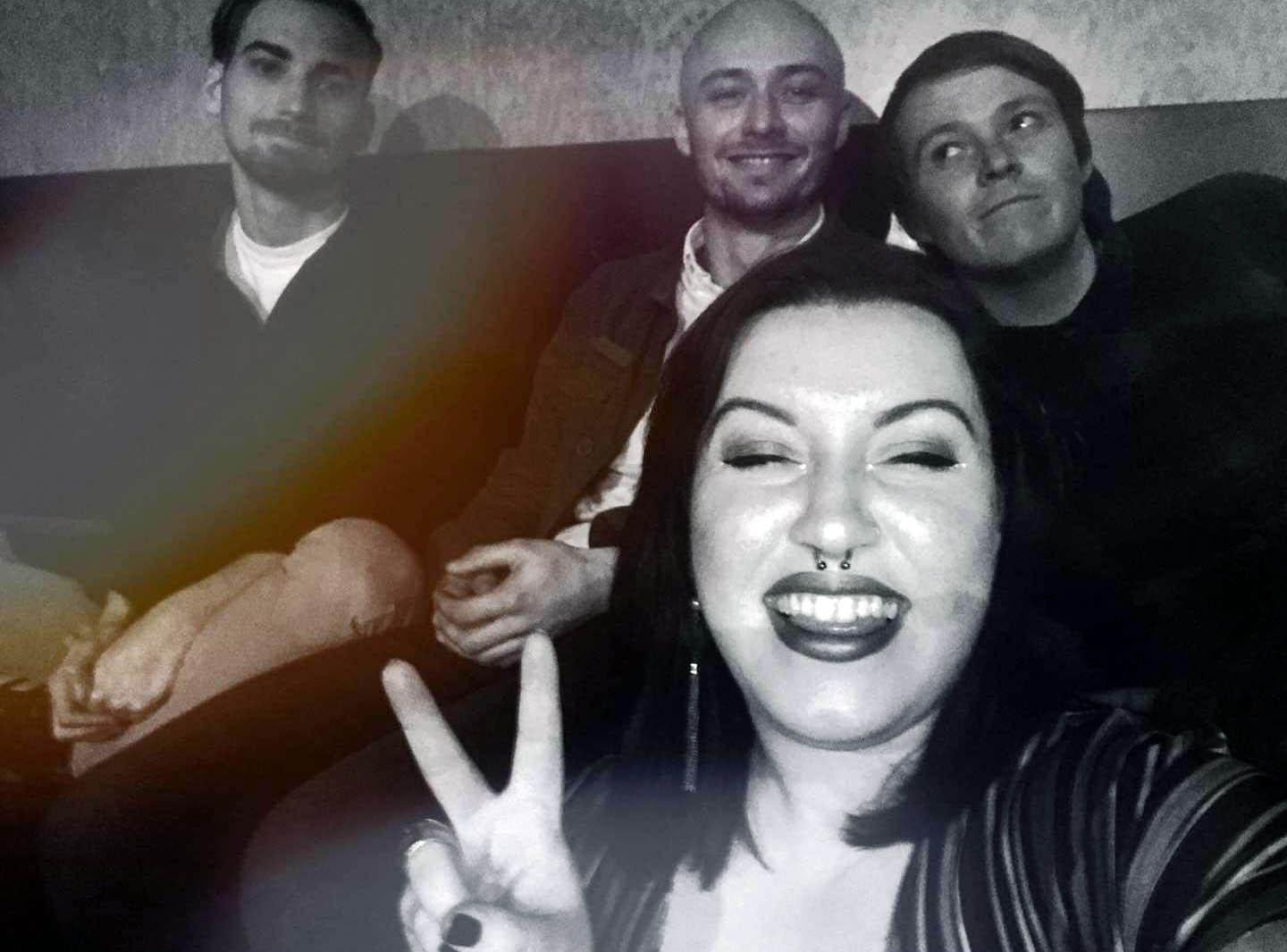 What is your dream venue to play a gig at?

Jennifer: Honestly any festival. Being at a festival as a punter is amazing, so getting to play at one would be even cooler. Lollapalooza or Glastonbury would be the dream. Main stage obviously.

Daniel: I’ve never played King Tuts in Glasgow. That’s quite an important venue with a lot of history, so that would be fun to play. I read once that Katie Melua played a gig 300 metres below sea level, that would be cool too haha!

Do you engage with the local renfrewshire scene as a whole? Who are some of your favourite local artists?

Jennifer: We try to engage with other artists and creative groups in Renfrewshire as much as possible. A few years ago, we got involved in an event for the Renfrewshire Mental Health Arts Festival, which was great fun. I work at The Bungalow in Paisley and it allows me to be a part of a lot of really cool events and hear so many fantastic local bands. I could write you an exhaustive list to be honest, but some of my favourite acts are Ghostbaby, Scunnurt, Linzi Clark, Calum Ingram, Brat Coven and The Deep Shining Sea.

Daniel: I try to do as much as possible, having to work sometimes gets in the way. Paisley has lots of great bands we know and have played gigs with Drift before. I like The Vegan Leather, they make cool music.

Do you believe that Renfrewshire is becoming a hub for culture once more?

Jennifer: I think lockdown has actually highlighted how much we need a strong creative community in Renfrewshire and we definitely have that. There was a lot of chat between creatives online when we were all stuck in our houses, writing with each other, giving each other feedback, organising online gigs and live streams. it was really good to see everyone coming together to encourage and inspire one another. I’m excited to see how it can grow from here now that we’re able to return to some sort of normality.

Daniel: I think it’s always been a cultural hub, especially for music. There’s always unique bands coming out of Paisley, great venues to play like CC’s and Bungalow as well. It’s a great town to live in if you’re a musician.

If you had to try and convince a record exec to sign you with just one of your tracks, which one would it be and why?

Jennifer: Probably our song Glue, it’s my favourite and gets a good reception whenever I play it to my pals. It’s got a great beat to it and is perfect to vibe along to.

Daniel: I’d say Age of Anxiety It’s been recorded and produced brilliantly by JONO. I’d sneak a 2nd one in and play them Atrapasueños as well to show we can do different vibes and styles

Cast your mind five years forward. What is the ideal scenario for you and your music?

Jennifer: Releasing an album and going on a worldwide tour. Being on tour with my boys, that’s the dream.

Daniel: To still be making music with my friends.