When live music was placed on pause, The Bungalow underwent a quiet but immensely valuable transformation. Now, Paisley’s preeminent venue is ready to reclaim its prominent place in our cultural landscape.

Although it has taken on many different forms over the years, the moniker of “The Bungalow” is ubiquitous with music in Paisley. First heralded as the safe haven for trailblazing punk bands of the 70s and 80s after the genre was heavy-handedly outcasted from Glasgow, the original Renfrew Road location played host to scores of illustrious names.

Operated by local music luminaries Alan McEwan and Tommy McGrory, the new owners of its Shuttle Street incarnation are understandably proud to take stewardship of that storied legacy, but rest assured, their eyes are fixed firmly on the future.

“The roots of The Bungalow are still there, but music’s changed and so has the venue,” Tommy told us. There’s a wider range of talent than ever, so The Bungalow does everything from big band and jazz through to acoustic nights, indie rock, metal and electronica.

“When we set out, it was our goal to make it suitable for everyone and I think we’re achieving that. Since Alan and I took it on, It’s been all about improvement.

“We’ve already seen people travelling from all over, we even had one woman that came all the way from San Francisco to see [Love and Money’s] James Grant. Then, just before we had to shut, [former David Bowie and John Lennon guitarist] Earl Slick, who’s performed everywhere from Wembley on down, played here with Glen Matlock and said ‘now, this is a real venue’. That’s exactly the sort of endorsement we love to hear!”

Dirty Harry playing at The Bungalow

“We’ve invested a lot of money in the venue. Even though we can’t have artists in for a while yet, anything we got from Creative Scotland in terms of a Covid grant supplemented the work that we’re doing,” Alan stated.

“We’ve put in a new heating system that’s benefited our green footprint, improved the sound insulation, revamped the bar area and that’s before you even get to the lighting system and all of that. We didn’t just lock up and sit in the garden for a year, there’s been a lot going on.”

“When we set out, it was our goal to make The Bungalow suitable for everyone and I think we’re achieving that”

Devised as a community interest company, any profits that The Bungalow makes after costs are promptly reinvested and in turn, this ensures that their grassroots gigs where local bands get that vital first taste of live performance are actually supplemented by the marquee events that bring an established star to town.

Steadfast in the view that “we’re not just here to make money and shut the door, but appeal to the community,” the ongoing pandemic has led to them taking the lead on the accessibility of live music in a way that venues nationwide would do well to emulate.

“Even during lockdown, we’ve tried to reinvigorate the music scene by doing some online stuff,” Alan declared. “Now that we’ve got an eight channel camera system and live mixer, we’ve upgraded our internet connections to ensure that we’ve got the streaming capabilities to put on shows even when we’re still shut or to ensure that people can still see the artists on the screens around the venue when we’ve got a packed room.” 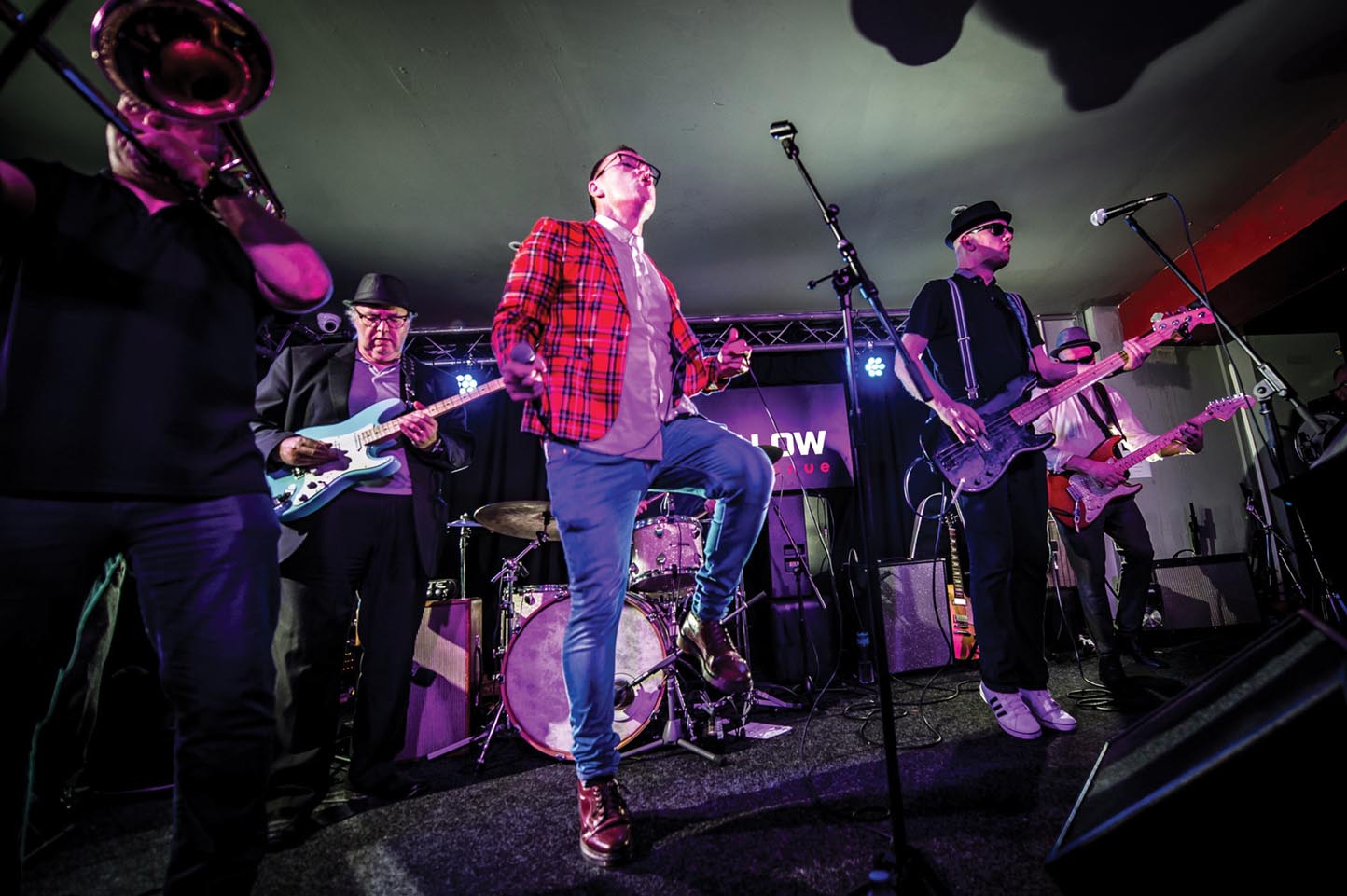 “That’s not all though,” Tommy asserted. “Say wee Johnny from Paisley’s band is playing on a Thursday night and his granny doesn’t want to go down as it’s not really her thing, but she still wants to support him. Well, with this streaming system that we’ve got set up, she could tune in and watch it. In fact, the whole family could see ‘Johnny and The Toe Rags’ play rock music from home!”

Although it still feels like a long road for both venue owners and those who find solace in the unparalleled joy of live music, Alan and Tommy are confident that not only will gigs be back on in some form in the near future, but that The Bungalow is well-placed to thrive when the time arrives. All they need is for the community to get onboard.

“Realistically, I think we’ll be looking at some small-scale events happening in mid-to-late summer. You might be seeing a band seated with table service, but luckily. We’ve got new padded seats!”
“We’ve really put ourselves out there to get a lot of big bands lined up,” Alan continued.

“Obviously, we’ve had to move a lot of the gigs that were booked twice. So, this means that we’re looking to 2022 and we’ve got plans for some massive names. While we’re still waiting for the green light in terms of gigs, we’d love to see people come down for a drink or if you want to support us, then buy a ticket for something that you fancy seeing!”