Renfrewshire set for another Spotless September

Hundreds of volunteers from across Renfrewshire are set to make it a Spotless September once again. They will head out into their communities to brighten up the area where they live.

Volunteers are encouraged to take part as often as they can throughout the month-long event. Whether that’s ten minutes round the block or an hour in their local park.

Anyone who wants to take part will be provided with sanitised equipment, including litter pickers and bags. The collected litter will be taken away by the Council’s StreetScene team when left at an agreed spot.

A mainstay of Renfrewshire Council’s award-winning Team Up to Clean Up campaign, last September’s event saw 225 litter picks take place and more than 1,000 bags of litter removed from the local environment.

This took place against the backdrop of the ongoing pandemic. Hundreds of local people are expected to head out again this year. Either individually or in small groups, to ensure they can continue to do their bit safely. 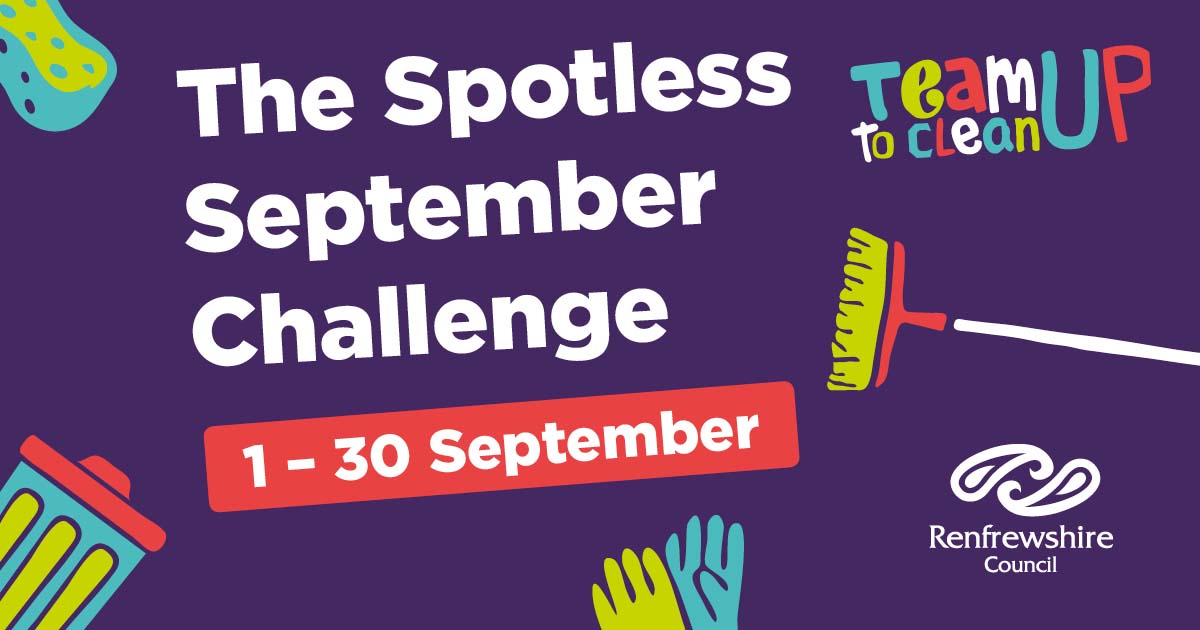 Councillor Cathy McEwan, Convener of Renfrewshire Council’s Infrastructure, Land and Environment Policy Board, said: “It’s been incredible to see the Team Up to Clean Up campaign continue to go from strength to strength despite what we’ve all went through over the past 18 months.

“People have a real pride in where they live and they want to join us in changing attitudes towards littering in Renfrewshire. They’ve made a noticeable difference to the local environment since this campaign began. 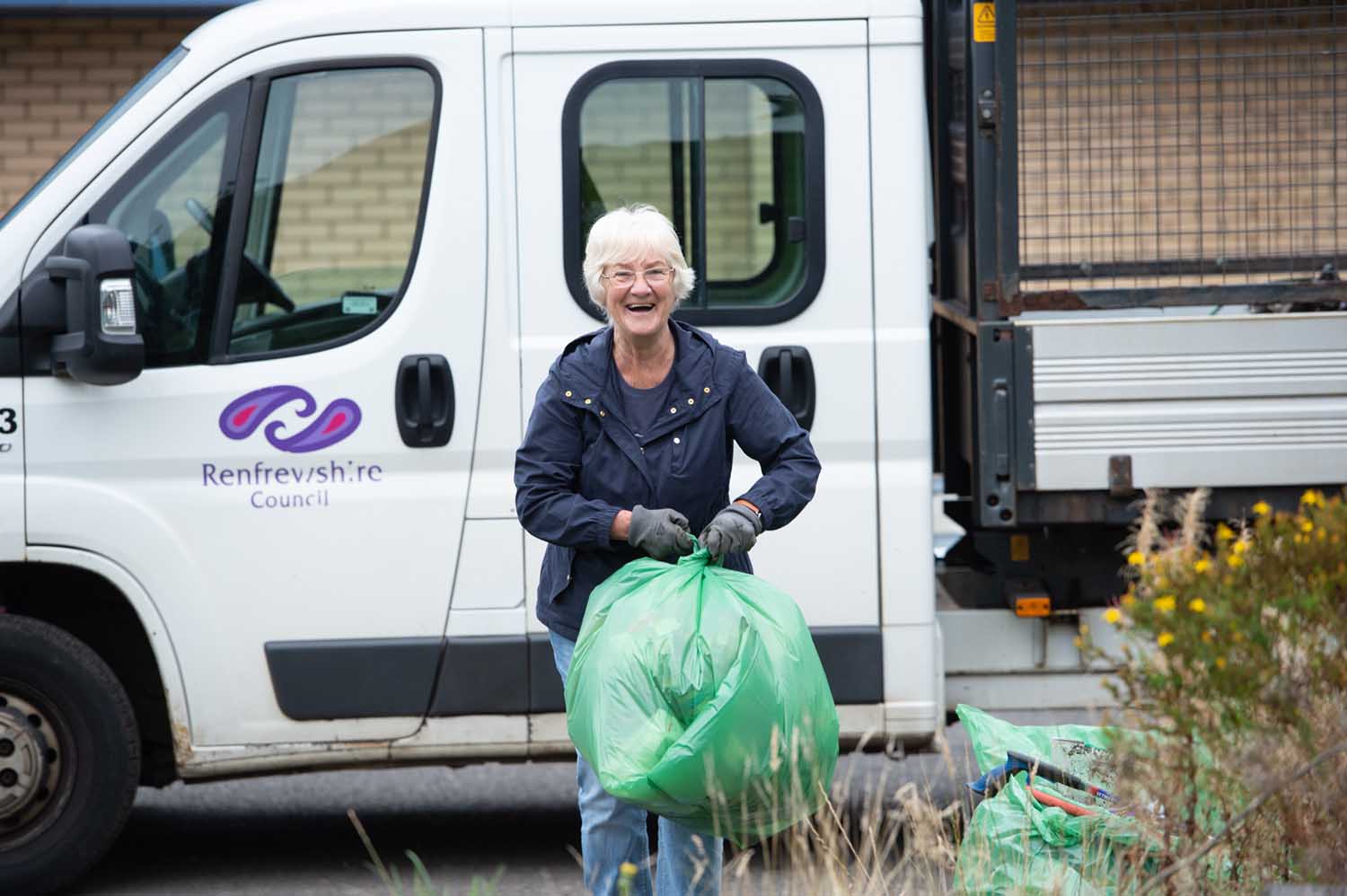 “There’s more than 3,000 like-minded people in our Facebook group and I hope as many of them as possible, and anyone else who wants to take part, will join me as we go out litter picking throughout September.

“It really does make a huge difference to our environment and our future. Please get in touch with the team if you want to take part. Let’s make it a Spotless September again here in Renfrewshire.”

Team Up to Clean Up is a joint initiative between the council and the community. It aims to improve the area’s local environment and change the behaviour of those who think it is acceptable to litter.

The council is running an increased litter picking, road sweeping and drain clearing programme. While the community are supported to take part in litter picks all-year round with equipment and the collection of rubbish.

The campaign has also expanded to include community caddies, which allow volunteers to trim and tidy local green spaces. As well as the creation of children’s book The Clumps’ Big Mess which every primary school child in Renfrewshire received to inspire them to be a part of the campaign.

For more information on the campaign, including how to take part, visit www.renfrewshire.gov.uk/SpotlessSeptember.