There’s so much to enjoy at this year’s Paisley Food and Drink Festival with the Renfrewshire CAMRA Beer Tent, brilliant local producers, and great live music across the two-day event.

The Festival, which takes place on Friday 29 and Saturday 30 April, will see around 30 street food traders, licensed bars, music and entertainment in the stunning surroundings of Paisley Abbey.


Organisers are teaming up with Renfrewshire CAMRA (Campaign for Real Ale) once again this year to host a dedicated Beer Tent as part of the Festival grounds.

The marquee will be located at Bridge Street in the town centre and will have around 48 cask conditioned ales and craft beers available, including vegan and gluten free options.

Stephen Murphy of Renfrewshire CAMRA said: “We’re really happy to be coming back to Paisley Food and Drink Festival. We’ve got some really exciting beers from all over the UK, including six brand new beers from Northern Ireland which have never been featured in Paisley. The Champion Beer of Scotland will also be presenting on the Friday night. So, we encourage everyone to come along to the Renfrewshire CAMRA Beer Tent and try something new.”

As well as the Renfrewshire CAMRA Beer Tent, Paisley venue The Keg will also have a special Stage & Bar at the Festival, featuring a bumper programme of live music across Friday and Saturday.

Talented local musicians will take to the stage throughout Friday evening, while Saturday’s line-up is packed with great bands, cover acts and solo performers, including singing sensation Tom Urie and his Piano Jukebox – a popular favourite at previous festivals.

From left: Craig Corbett and Billy Kinnear of Paisley band MrdB with (front) Heather Mckenzie and Trevor Mills of The Keg, Paisley

Trevor Mills of The Keg said: “This year, we have a fantastic line up to showcase what The Keg is all about – and even though we are primarily a rock bar, we really do have something for all tastes over the weekend.

“To have original acts like MrdB and AMA Jane before they go on tour is a real treat. We have great bands like Canyon and Paisley favourites Proposal, as well as Warren Capaldi and our Green Day tribute act headliner, which we feel is a perfect way to give a taste of what we are all about to those who may not have stopped by The Keg before.

“It’s been a real privilege to be able to showcase the wide variety of talent we have on our doorstep and the support from everyone to make it happen has been incredible.

“Tom Urie, who has been a long-time supporter of us, will be a hit on Saturday afternoon with his Piano Jukebox. It’s sure to put huge smiles on faces – something we can’t wait to see again now events like this are returning.”

There’s also plenty to suit all ages and tastes at the Festival live stage with music and entertainment across both Friday and Saturday.

The opening night’s music is programmed by The Rum Shack, with their resident DJs and festival favourites Samson Sounds on hand to soundtrack your Friday food and drink experience.

Then, on Saturday, Paisley’s famous The Bungalow venue will bring a top line-up to the live stage, featuring local music groups, a ceilidh, big band numbers, rock and pop covers and much more. 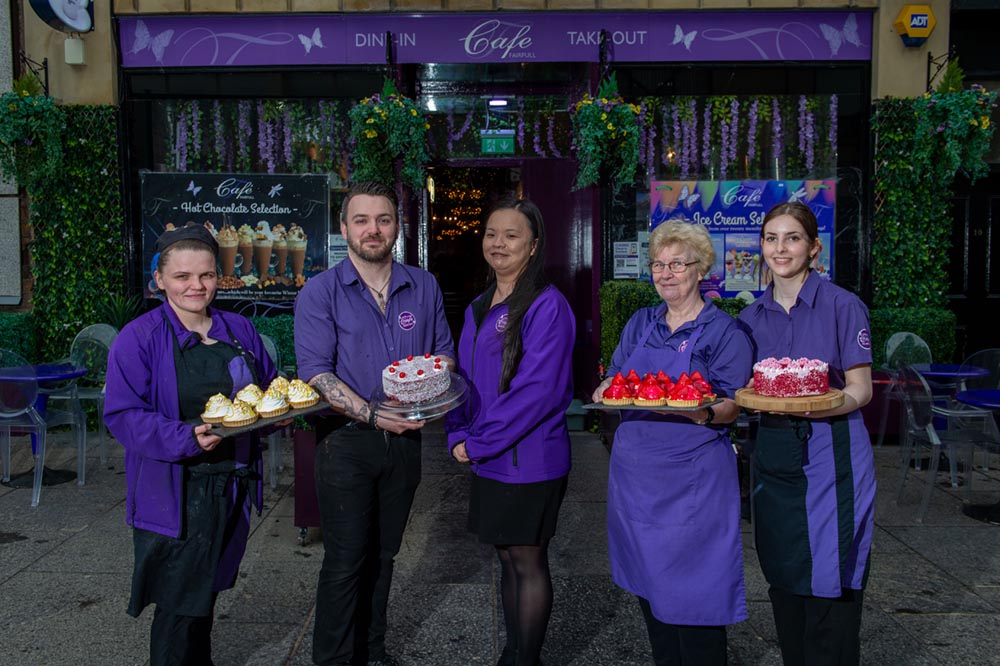 Cindy McKendrick of Café Fairfull said: “We’re thrilled to be part of this year’s Paisley Food and Drink Festival and we’ll be bringing lots of tasty treats for visitors to enjoy. We’re making everything fresh from our bakery here in the heart of Paisley.

“We will have our famous strawberry tarts, a popular selection of cakes and treats, warm brownies and delicious milkshakes on offer. We can’t wait to see everyone there!”

Plus, there’s still time to sign up for fantastic hands-on food and craft workshops for children and families, including chocolate making and painting terracotta pots.