For some people, performing live is one of the most exhilarating – or petrifying – things that you can do. But for Kathy Sledge of the legendary sibling outfit Sister Sledge, it is hardwired into her very DNA.

First acquainted with the stage when she was still in her mid-teens, entertaining lively throngs of people all such as those she’ll encounter at Rouken Glen Park’s Playground Festival might as well be as second nature to her. Yet no matter how many time she’s stepped through the curtain, the ability to enliven a crowd has never lost its lustre.

“We’ve already been in Europe and then we flew home to surprise a huge concert in Brooklyn, New York they day before yesterday,” Kathy declares via Zoom. We’re in Portugal in two days and then we wind up everything in Glasgow. It’s going to be a party. I think people are happy to be dancing again.”

Suffice to say, Kathy Sledge is wasting little time in returning to her home away from home under the bright lights. But while lockdown may have derailed her usual schedule, it was a time where she inventively found new ways to foster not just a fan base, but a community.

“I did a lot of virtual stuff, but I don’t want to do anymore (laughs). We did start an Instagram live show with my daughter and I called Family Room, which has been amazing. It’s a global thing now, which is just crazy.

“We’re even seeing Family Room folks coming out to the shows and meeting each other for the first time, so that’s been really cool.

“We’re planning on taking it to a whole new level and we’re talking to networks as well as considering some Family Room live shows. You know, I guess I have been busier than I thought (laughs).”

A well travelled performer that’s brought her scintillating vocals to everywhere from Zaire (now the Democratic Republic of Congo) to Asia, Kathy is no stranger to Scottish crowds. So, after a year where the stage was temporarily cordoned off, she’s excited to return to a place that is renowned for its joyfully rambunctious audiences and unflinching honesty.

“I’m so hyped about Scotland,” Kathy remarks. First of all, Scotland to me, it’s a place of partying. It’s an exciting crowd. The first word that comes to mind is real, it’s very real. We’re bringing all the hits and an exciting production. It’s a much bigger venue this time around, so we’re excited about it.”

“When I started doing a lot of virtual performances, I became more visible with my voice”

Armed with an array of dancefloor fillers and seminal classics, the youngest Sledge sibling is sure to bring the Rouken Glen crowd to a fever pitch across the course of her set. However, she is by no means the only disco icon on the bill and her longtime collaborator and producer will be taking to the stage too.

In fact, 42 years since they first worked together at New York’s legendary Power Station Studios, Kathy and Chic’s Nile Rodgers still have a healthy rapport to this day.

“I stayed in touch with Nile during the pandemic, he actually came on as a guest for our IG show which was great.

“Because I’m an artist, I know what it’s like to be on the other side of the table for an interview and a lot of people have said that he provided one of the best conversations that we had on Family Room. We stayed on for over an hour, just talking  and sharing our stories from making the We Are Family album.

Fellow Stateside acts aside, Kathy will also be brought back into orbit of modern-day collaborators Horse Meat Disco. Seen as a fusion of two distinct but separate eras of the illustrious genre, Kathy details the organic nature of their working relationship.

“Yeah, this festival is like a reunion for me (laughs). Now, what’s crazy is that they’re starting to play the song that we did together a lot in the states. I keep getting people texting me like ‘hey, they’re playing Jump Into the Light on the soundsystem here.’

“I think it was Simon Dunmore over there at Defected Records that put us in touch. He reached out to me through [British house music legend] Luke Solomon and thought it’d be really cool to collab. They sent me a track and it was that simple.

“I usually collaborate and write, but I listened and thought ‘you know, I’m not going to deviate too much from what they gave me.’ It was just a case of adding background and little tweaks and stuff. So, that was our first track, Falling Deep in Love, and then we started to actually meet up and write together in the same room.

“I have such love and appreciation for what they’ve done over the years, so I’m always happy to hear what they’ve got,” Kathy continues.

“When I’m working with producers, or at least when I sing songs that they write, I kind of sit back because I know they have a vision. They hear things where I might not hear it and that was the case with them and Falling Deep In Love.” 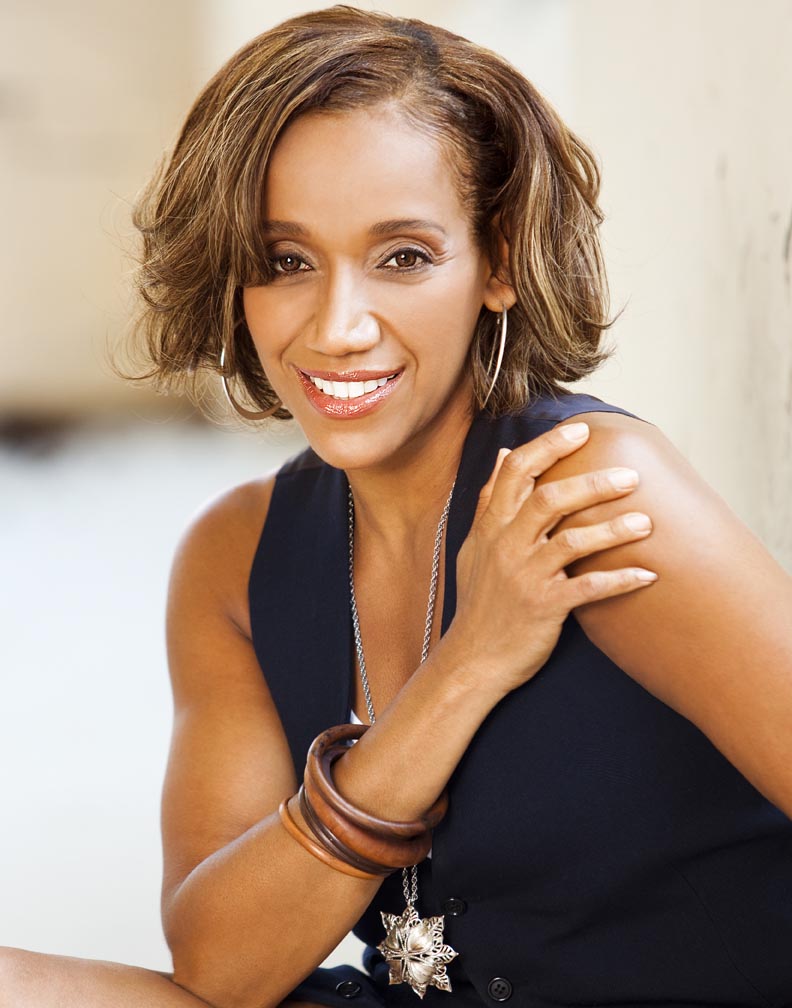 On top of her recent single with the London-based Collective gaining traction, Kathy has also had the pleasure of witnessing one of Sister Sledge’s generation defining hits enjoy a new lease of life. Adopted as the signature track of DJ D-Nice’s immensely popular Club Quarantine, Kathy is thrilled to see the renewed love for their hypnotic 1979 offering Thinking Of You.

“It’s so unbelievable. Thinking Of You has almost become a new record. Now, people love it as much as I do, it’s always been hands down my favourite song to perform. That was a big part of why we went back to Brooklyn for that show, the track becoming the theme song for ‘Club Quarantine’ has really made it into this massive thing.

“From that, I think I’m going to do a Thinking of You tour, most likely for 2022. And I’m definitely coming back to Scotland!

“I gotta tell you, it’s been quite a ride,” Kathy elaborates. “When I started doing a lot of virtual performances, I became more visible with my voice. People know the music, but they didn’t always know it was me.

“What’s really cool is that I did the inauguration for our new president Biden with Earth, Wind & Fire and I was doing a lot of very visible things through this phone. Suddenly, a lot of these old songs have become new!

“It’s been amazing, but I also feel a sense of coming home. I really did grow up onstage and I first performed Thinking Of You when’ I was 16, so I’m feeling really comfortable and at home with what I’m doing.”

In conjunction with her own full circle moment, the sound of disco has once again become the template for escapism across recent releases from modern acts such as Dua Lipa, Playground act Roisin Murphy and Sigrid among others. Alongside the real value of this uplifting music coming into focus during a universal time of strife, Kathy believes that is simply a case of “the cream rising to the top.”

“It’s very cool that these songs are being embraced. Not even just disco, but tracks from across the eras have a whole resurgence. Good music is good music so I’m happy to see it and it’s great that it includes my music too!

“It’s almost like a comfort thing, the music that we all grew up with is now being embraced again. We’ve had time to be in our little bubbles and we wanted to reach for something that makes us feel good. Certain songs did that then and they’re still doing it, so I think people are appreciating it much more.”

As for what to expect from her own slot at Playground, you can rest assured that she Is leading with an all killer-no filller approach that’ll have fans dancing in their droves.

“You’ll definitely get all the hits the way you know and love them. I wouldn’t want to go to anyone’s concert where they have all these hits and don’t play them,” she proclaims. “I’ll leave the rest for folks to come out and see!”

Kathy Sledge will be performing at the nearby Playground Festival on Saturday 25th September. Remaining tickets for the event are available here, but don’t delay if you hope to be there!

An Adventure at Gleniffer Braes by Thomas Campbell