Best known for playing Methadone Mick in Still Game, the Paisley-based actor opens up about the highs and lows of working within an unpredictable industry.

Scott Reid has St Mirren to thank for his career. A keen footballer, he had a trial for the team as a teenager. As he recalls, “They said to me, ‘You’re as good as what we’ve got already.’ So they never took me on. When I went home my dad said, ‘Right, you need to pick which one you want to do, acting or football.’ At the time I probably thought I was a better actor than a footballer, I had a higher chance of going further in that industry.”

He went on to study at the Royal Conservatoire of Scotland, toured with the National Theatre in The Curious Incident of the Dog in the Night-Time and got his big break with prominent supporting roles in Still Game and series four of Line of Duty.

When did you first get the acting bug?

I started at PACE [Youth Theatre] from about age six, that was a huge part of my life. On a Saturday morning I played football then went to PACE in the afternoon, just to give my mum and dad a bit of peace and quiet really. I remember doing a play at the Arts Centre where I was playing this old man with a walking stick. That’s one my dad still talks about now, it was the first moment when he recognised I had any form of ability.

How did your role in Still Game come about?

I was in a show at the Citizen’s Theatre called The Choir, which was written by Ricky Ross from Deacon Blue and the actor Paul Higgins. I played this loud ned character. I’d met Greg Hemphill a couple of times and he came to see the show, which obviously made a lasting impression. About three months later I got a message from him saying they’d written this character and, if I was interested, would I like to come and read it with them. That was really surreal, sitting in my bedroom and getting a message from one of the creators of Chewin’ the Fat and Still Game. I thought someone was having me on!

I went to Greg’s house and that was so strange. You think you know these men but you don’t, you just know the characters they play. I turned up and they were sitting on the steps, it was a beautiful sunny day, and Greg was puffing on a huge vape. Ford [Kiernan] had this big pink shirt on. The whole thing was really relaxed, they were really appreciative. We sat down in his living room, they handed me a couple of scripts and we talked about the character. As soon as we started reading they were literally, like the flick of a switch, back being Jack and Victor. That was a brilliant moment for me, I felt very privileged.

It was important to you that Mick’s drug addiction was never the butt of the joke?

Yes. My dad is the manager of a resettlement home in Bridgeton. He deals with people coming out of prison or guys who are facing homelessness or going through the methadone programme, so I’ve met some wonderful people whose problem wasn’t that they were taking methadone, it was because they had an addiction, a really bad illness. These people are really funny, really down to earth. They’ve hit the bottom, they have nothing, but they’re starting to turn their lives around. What does that teach you about yourself? Mick was just a guy who was happy to be alive. 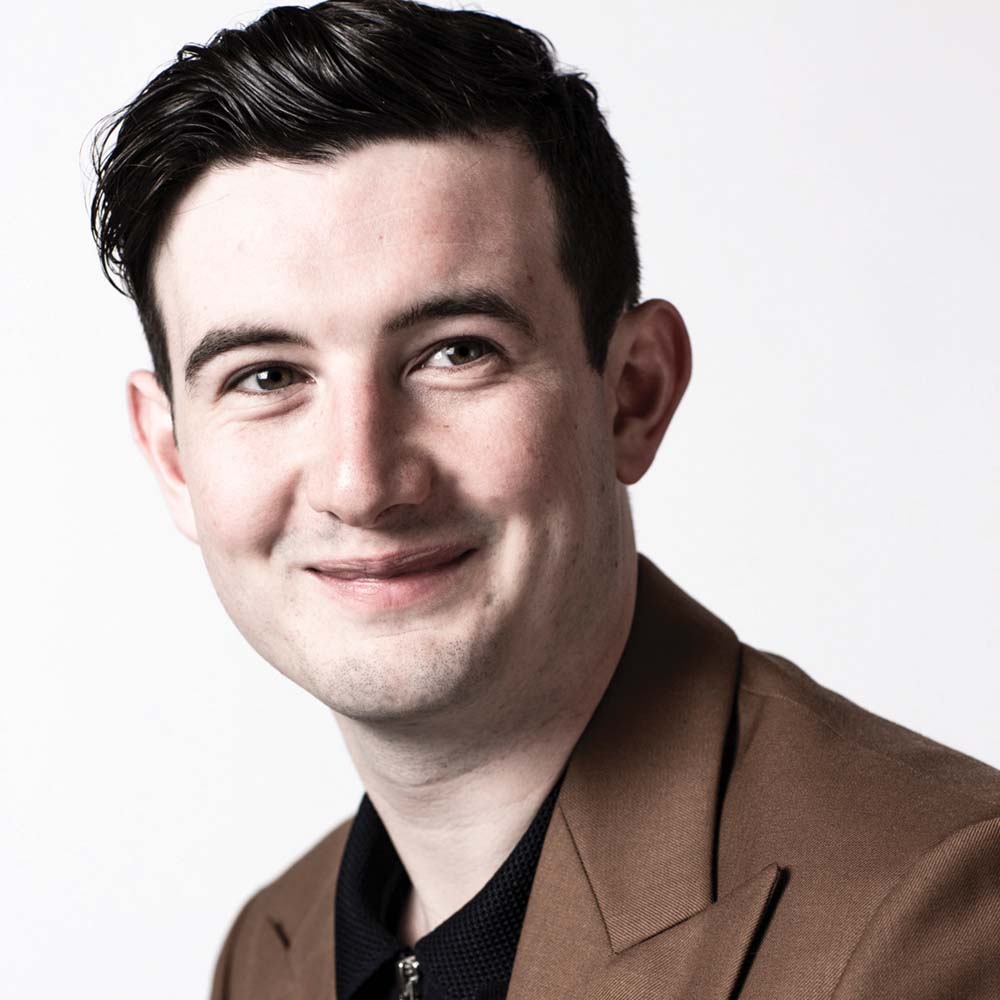 “Only four percent of artists make a living purely doing what they do, so I feel really lucky that I’m in the position that I’m in”

But some people didn’t get that?

I’ve read a few articles and things online where people have hit into Methadone Mick, saying it was all about us taking the piss out of people with drug habits. That’s absolutely infuriating because you can’t really respond, you don’t want to get involved in an argument. You know what’s in your heart. It’s very easy for the people responsible for solving homelessness and drug addiction to blame a television programme for these things, as that removes the blame from themselves. It was quite upsetting reading these things because you try to do something to the best of your abilities from a humanitarian aspect, then people throw it back in your face. They don’t really know you, they don’t really know you’ve done your research. That got to me a wee bit.

In Line of Duty you played a sex offender with severe learning difficulties. How do you prepare for a role like that?

My mum and dad are actually foster parents and we’d been talking a lot about the early years of kids if they don’t get love and nourishment. They basically struggle to make the kind of bonds and connections that kids who do receive it make. Michael Farmer was a guy who had been socially neglected, he didn’t have that connection with his parents, he hadn’t been taught how to feel emotions. Once you find the humanity within that character, when you find that the root of his problem is he can’t communicate, you don’t judge him, you just play the person who’s struggling instead of playing the bad elements about him.

Do you enjoy your job?

It’s not easy for your mind-set, you live a very anxious life. You don’t know when work is coming, it’s very up and down, but it’s more up and down for the people who love you really. You become accustomed to dealing with not knowing what’s coming next, but it takes its toll on your family and your partner.

Theatres don’t have as much money anymore, they’re not producing much of their own work. The television sector, certainly the BBC, isn’t doing as much stuff as they were twenty or thirty years ago. To make a steady living – not a glamorous living – is more difficult than ever. Only four percent of artists make a living purely doing what they do, so I feel really lucky that I’m in the position that I’m in. Opportunities have come in at the right time.

Favourite part of Renfrewshire? Up towards Coats Observatory, that’s a beautiful area. I spend a lot of time up there.

This interview was published in Mill issue 6 July/August 2019.