Go deeper underground in the company of urban historian Stephen Clancy, as he takes us on a fascinating journey through time.

The hidden gems of Renfrewshire’s past are mostly hidden beneath our feet, never to be seen again. However, in some cases such as Paisley Abbey’s magnificent Medieval Drain, currently under excavation once again, we do see glimpses into the past. Here we set out to explore historical parts of Renfrewshire buried below ground level.

Who has heard of the Bankhead Mill? Everyone knows of the Anchor Thread Works and Fergulsie Mills, but many have never heard of the other mills in Paisley. Bankhead was the first large scale thread manufacturer in Paisley, owned by John Carlile and followed by his sons William, James and Alexander. John arrived in 1743 with the sole intention of making linen thread.

Their Bankhead Mill at Carlile Quay was established when John first arrived and their home, Greenbank House, was built beside the Mill on New Sneddon Street. Carlile Place along with Carlile Quay followed. The business was eventually bought by the Clark family and incorporated into the Anchor Mills, but the Carlile family made an impression on the town with William being Provost of Paisley twice, and James during 1822-24.

Fact: Sir William Arrol constructed a Bascule Bridge over the White Cart at the foot of Carlile Place to allow workers at Thomas White & Son easier access to their workplace. The lifting mechanism is still there, but the bridge is now in a dangerous condition and at risk of disappearing altogether. 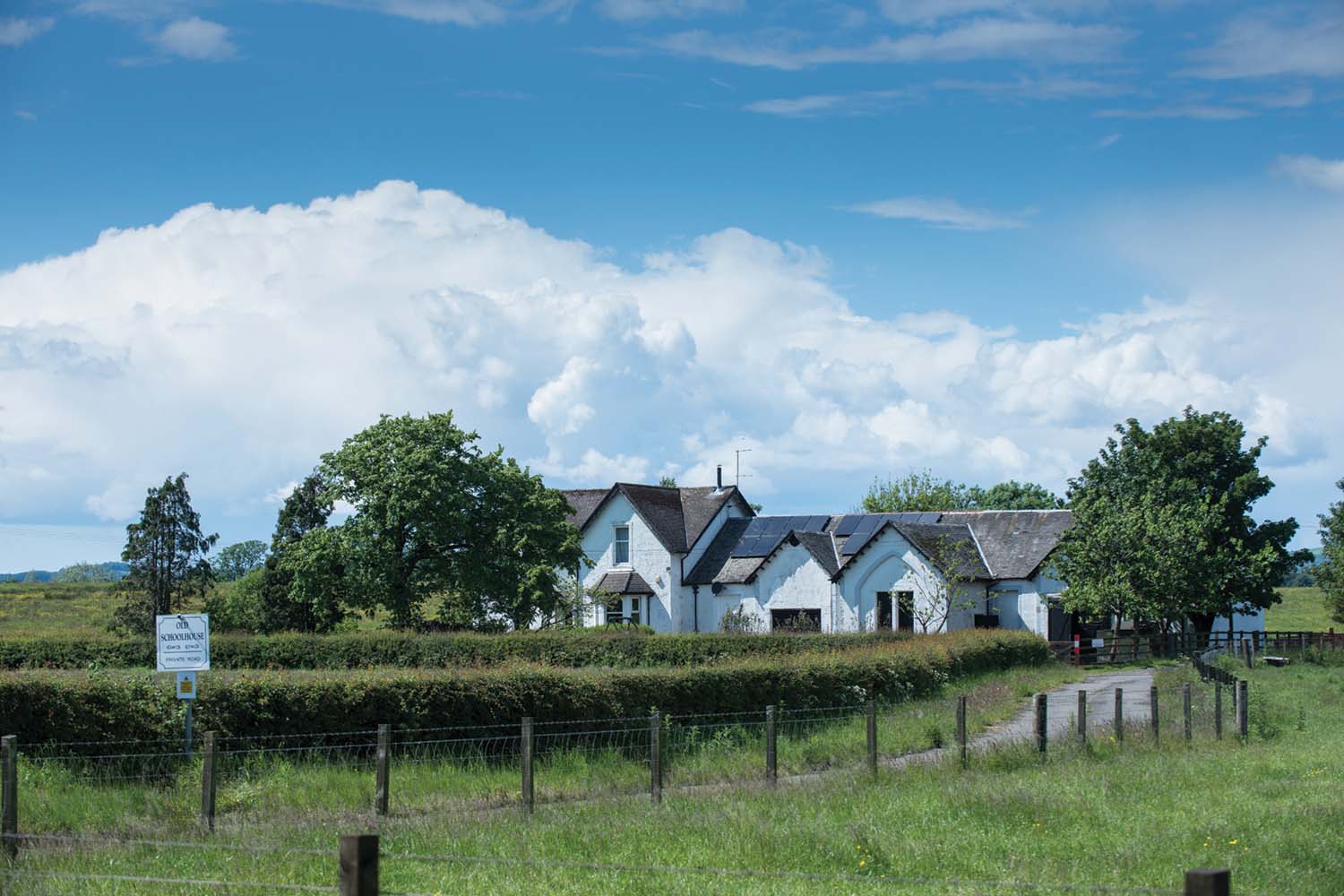 As you drive along the A737 from St James’ towards Linwood you pass over the lost village of Inkerman. As you cross Blackstone Road, Inkerman Bowling Club survives on the left. Further along on the right, Inkerman School survives as a restored cottage. The village consisted of three rows of cottages, plus the school and reading room, a shop, a mission hall and later the bowling club. The population by 1881 was 948. By 1891 it had fallen to 699 as the mines began to close. By 1940 the three rows of cottages had been demolished and they only survive now in our memories.

Fact: The village was named after the 1854 British military victory at the Battle of Inkerman during the Crimean War.

Crannogs are usually referred to as loch dwellings but in Renfrewshire we have three that sit on the edge of the River Clyde. They are essentially round houses built on piles made of tree trunks. One sits just off shore from Mar Hall Hotel. It is oval in shape, being 30m by 40m at its widest diameters. This site has never been excavated, but it has been recorded several times in the last 30 years.

Dumbuck Crannog (NS71577392) on the north side of the Clyde, close to the whisky bonds of Dumbarton, has to be considered part of the Renfrewshire group. Excavations there uncovered a dock with a log boat still docked. Radiocarbon dates show that the crannog was built sometime between 200BC and AD200.

Fact: During the excavations, the excavator paid his staff by the number of finds they made. Some of the finds were spectacular figurines carved from shale, along with other unusual objects. However, after a short period of time it was discovered they were forgeries, carved by the paid workmen and hidden during their lunch hour. 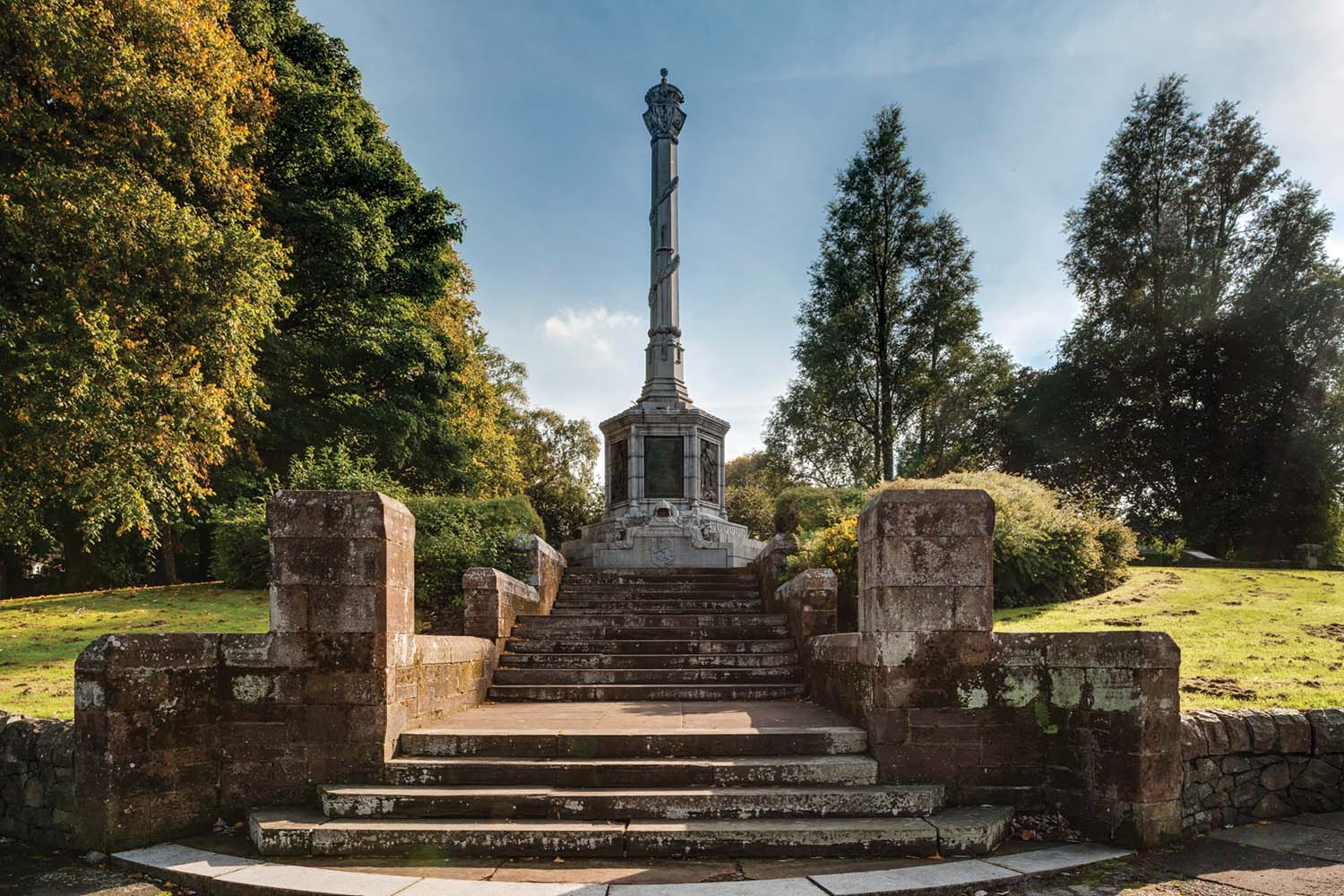 Elderslie is another ancient Renfrewshire settlement with a claim to fame. Without doubt it was the birth place of William Wallace, Guardian of Scotland. Approaching the village from Paisley you reach the Wallace monument, and site of the ‘Wallace House’. The remains of this house stood until 1973 and only the foundations exist today. The house dated to the 16th or 17th century, so Wallace could never have been born there!

There are, however, the remains of a large moated enclosure that encompasses all of the gardens where the memorial is, covering around the same area as the existing gardens. This enclosure had circular towers at each corner and could be classed as a fortified farmstead. The farmstead is shown on a map of Scotland produced just after the 1745 rebellion, but is typical of a much earlier settlement. The Wallace connection can also be tied to the site. His father was Malcolm, and we know that Malcolm Wallace, born around 1220 in Elderslie, owned a large farm. Could this be the one where the memorial is?

Fact: Did you know that Wallace meant “Welsh Speaking”? William Wallace’s ancestors came north with the High Stewards as their vassals. The Wallace’s were granted the lands of Elderslie sometime before 1250.

Knapps Homestead, on the outskirts of Kilmacolm close to Knapps Loch, was excavated by the late Frank Newall during 1961/62. The settlement sits on a mound overlooking the loch and was surrounded by a timber palisade (fence). It was known as a medieval settlement, but Frank discovered a hidden settlement below the remains containing a central rectangular building and three circular huts.

Frank placed it in the Neolithic period. Finds, though scarce, included quartz blades, flint knives and scrapers along with fragments of pottery and saddle querns for grinding grain. The farmstead was occupied during the 14th and 15th Centuries and later reused in the 17th Century.

Fact: During a spell of trouble at Duchal Castle, a later home of those who lived at Knapps, the famous medieval bombard Mons Meg was brought from Edinburgh to destroy the castle by King James IV during a siege. 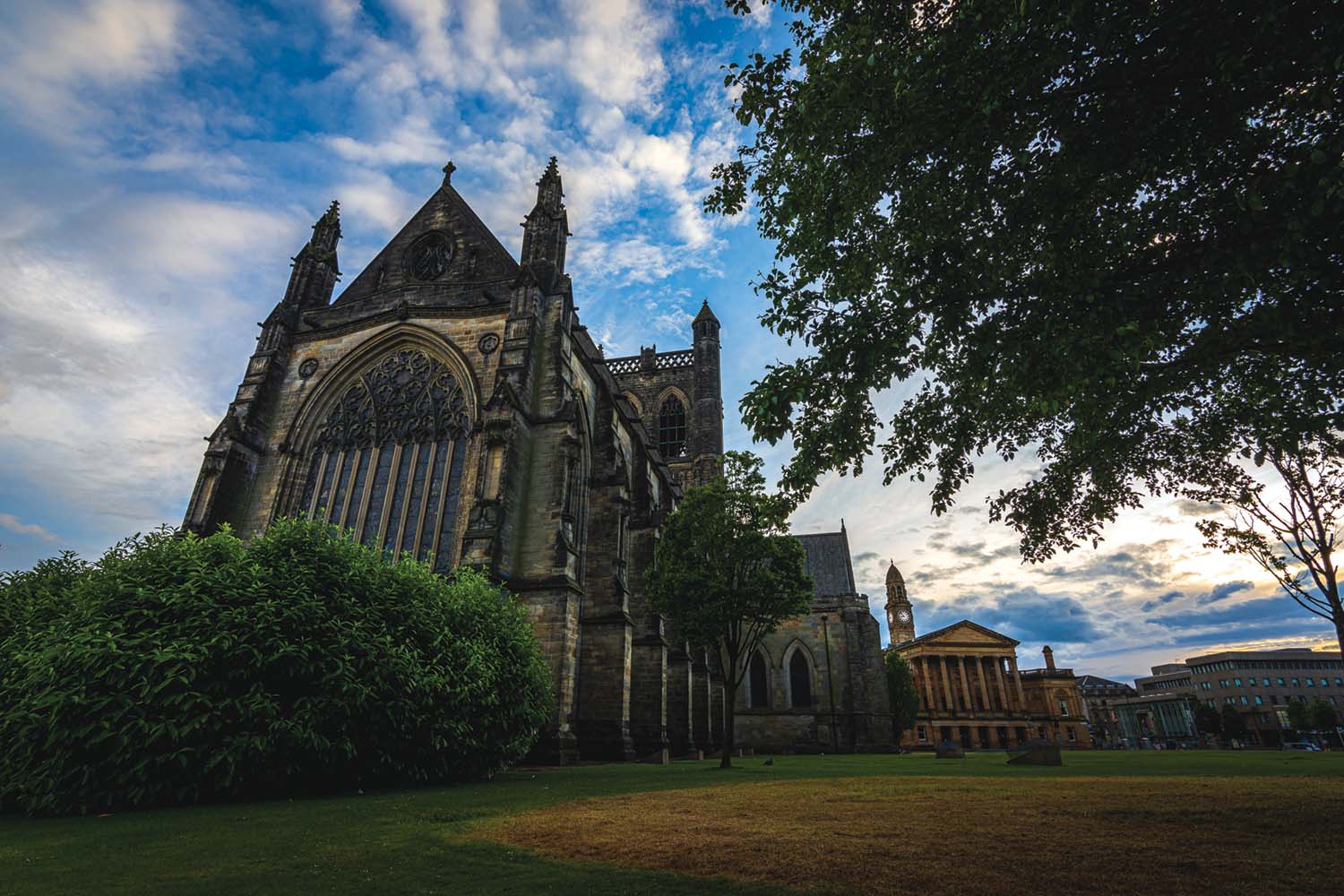 THE MONASTERY OF PAISLEY

The Abbey of Paisley is the jewel in the crown of Renfrewshire’s tourist attractions, and was founded in 1163 by Walter fitz Alan, the first High Steward of Scotland. Founded as a Priory, within a few hundred years it gained the privilege of being ruled by an Abbot and was upgraded to Abbey status. The Abbey we know today has undergone many fires, collapses and reconstruction work, but it was only one of a complex of fourteen buildings that constituted the Monastery of Paisley. A few still survive today as part of the Abbey complex, but where were the other buildings?

Fact: The first burial at Paisley Priory was Margaret, daughter of Walter fitz Alan, around 1164. The Priory would not have been complete, but the Infirmary and Lady Chapel would have been ready by this time as a place of worship for the monks. It is most likely that Margaret, all the High Stewards with their families and King Robert III are buried in the Chapel under Cotton Street.

Sitting between Canal Street and Orchard Street in Renfrew lies Castlehill Gardens, the former site of Castlehill House built by the Lobnitz family, owners of the Lobnitz shipyard in Renfrew. The site dates back to the late 13th Century with a castle built as the chief residence of the High Stewards of Scotland and their successors. It gained Royal status on the accession of Robert II to the throne in 1371.

Excavations in 1997 by the Renfrewshire Local History forum and Centre for Field Archaeology at Edinburgh University found evidence of the bay window of Castlehill House, the probable site of a greenhouse and two parallel strips of concrete interpreted as foundations of prefab houses built after World War II. Evidence of the castle was found on the last day of the excavation. Around 2m below ground level a corner of two walls, 1m thick, was revealed, with shards of 12th to 14th Century cooking pots being found in relation to the wall.

Fact: Although officially King of Scotland, Robert III had no authority to rule directly. His younger brother, Robert, Duke of Albany, who had been appointed by their father as the preferred Guardian of Scotland in the final years of his reign, ruled instead.