The Sma’ Shot Cottages in Paisley are one of the town’s most cherished tourist attractions.

Stepping back in time is easy when you have free access to the beautifully preserved likes of the Sma’ Shot Cottages.

Originally built in the 1740s, the weaver’s cottage on Shuttle Street has been painstakingly restored to how it would’ve looked at the time. A short walk across the courtyard to Sma’ Shot Lane will bring you to three small cottages dressed with equal attention to detail.

These modest buildings, which represent a key period in Renfrewshire’s industrial history, have been lovingly kept alive by the Old Paisley Society, a registered charity comprised of mostly elderly volunteers. Their benign leader is Cath Mitchell.

“We try to keep an eye on what’s going on in the town and to preserve the history and heritage of Paisley,” Cath explains. “We don’t do much now apart from run the cottages. It used to be that we had monthly meetings, talks and whatnot, but elderly people don’t like going out in the evening so that’s gone away.”

Nevertheless, overseeing this delightful little complex keeps them busy. Open to the public every year between April and September (on Wednesday, Friday and Saturday afternoons), the cottages are a popular stopping off point for locals and visitors. 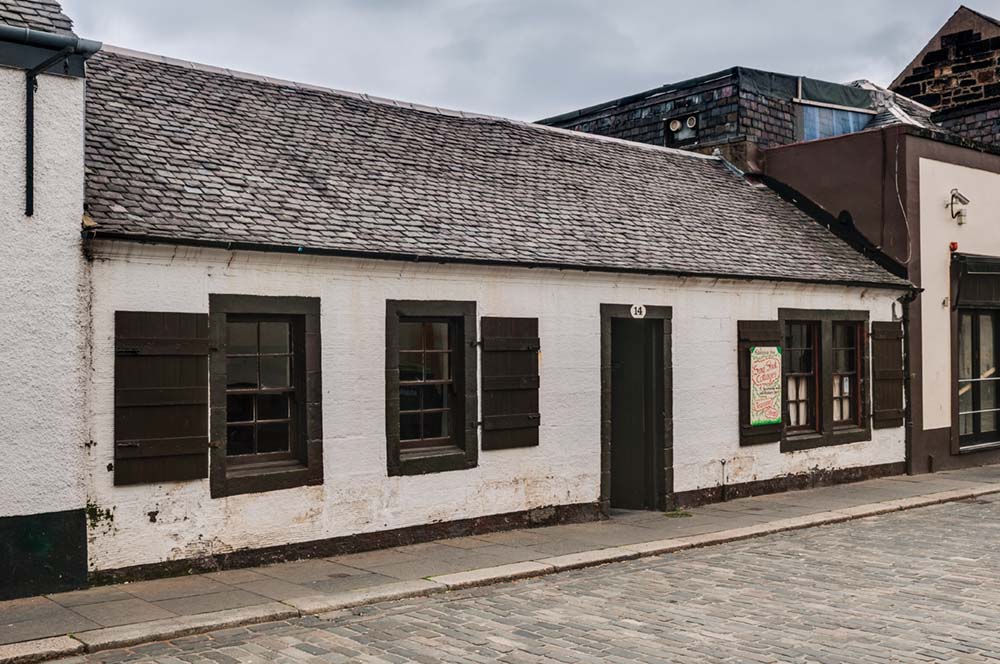 “We have a lovely garden in between the cottages,” says Cath, “so when it’s beautiful weather in Paisley – ha-ha – we have tables and chairs outside. We also have a working loom, which at the moment is the only working loom in Paisley. That’s because the museum is closed and all the other looms are down in the Secret Collection. Occasionally we have Dr Dan Caughlin coming in to operate the loom, as none of us can weave.”

What else can people expect when they visit the cottages? “We have trained guides who will take you round. We also have a shop where you can buy the Paisley Pins. They’re acrylic and they’re made by a girl who’s actually working out of the Old Fire Station. She has a small factory in there and she makes these pins in the shape of a pound coin. Lovely colours.”

Once you’ve absorbed this fascinating piece of living history, you can unwind with a visit to their tea room. “On a Wednesday and Saturday we supply homemade lunches – everything is homemade apart from the bread,” Cath explains. “We recently had a crowd of American tourists in, and they really went ‘wow’ over it because of our hand-embroidered tablecloths and so on. You don’t see things like that in America.”

When the Old Paisley Society bought the cottages back in the ‘70s, they were in a state of disrepair. Their current condition is testament to the group’s tireless efforts.

“These volunteers – this was before I joined – did so much work on the cottages. We occasionally go out and give talks where we show people slides of exactly what the cottages were like when we bought them. The one in Sma’ Shot Lane had every fungus and rot imaginable, wet rot, dry rot, you name it. The volunteers worked very, very hard indeed.” 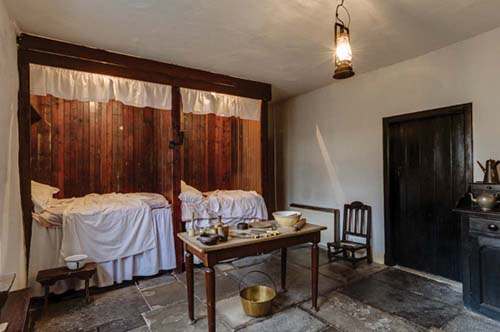 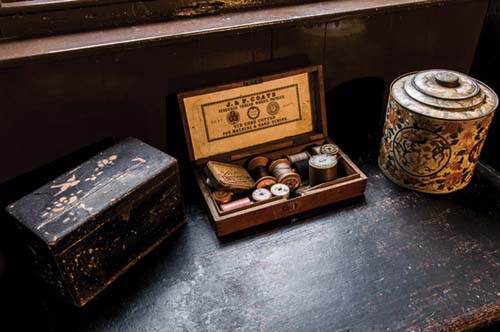 When the Old Paisley Society bought the cottages back in the ‘70s, they were in a state of disrepair. Their current condition is testament to the group’s tireless efforts

So what exactly is a sma’ shot? “In the weaving of the Paisley shawl, where the pattern is very intricate, for every seventh or eighth shot – that’s when the weaver puts the shuttle across the loom – they would put in a binding shot just to hold the pattern taut. And that was called the sma’ shot.”

“Unfortunately, the weavers didn’t get paid for their work,” says Cath. “They were a bit miffed, to put it mildly, so there were a lot of protests. At the end of the day they actually won, it was a bit like the wee man going up against the big man. In order to celebrate that they held Sma’ Shot Day. The mill owners used to take their workers away for a nice day out.”

The parade is still led by the Charleston Drum, which was once beaten to summon the weavers for meetings. “The chap who beats the drum isn’t getting any younger either,” Cath smiles, “so in recent years they actually built a wee chariot for him!”

The Sma’ Shot Cottages are located on Shuttle Street and Sma’ Shot Lane in Paisley.

Tony Fitzpatrick on his tumultuous life and extraordinary career