If you’d rather have sticky toffee pudding instead of cheese and biscuits after your main course, then Ice Mania in Bridge of Weir is for you. Paul Dickson dives in.

Our editor Paul doesn’t share the same passion for afters that I do, so he was left behind and instead I took my neighbour (and Mill photographer) Alan, his son Brodie (age four) and my boy Evan (seven).

We parked the car and sprinted to the front door. Yes, we were excited but it was pouring with heavy rain, hence the urgency! The parlour is bold and bright with a comfortable seating area as you walk in that leads to the counter. Opposite is a row of spacious booths. We were seated by Awais, one of the two brothers who own this establishment, which was recently named Best Dessert Parlour at Scotland’s International Community & Business Awards. 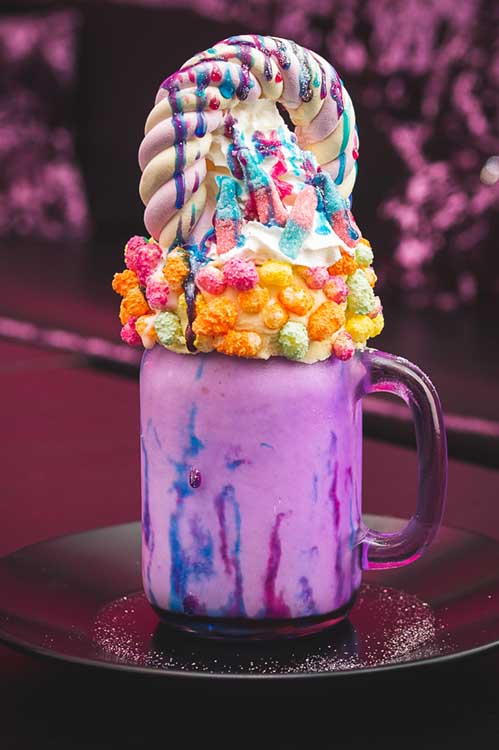 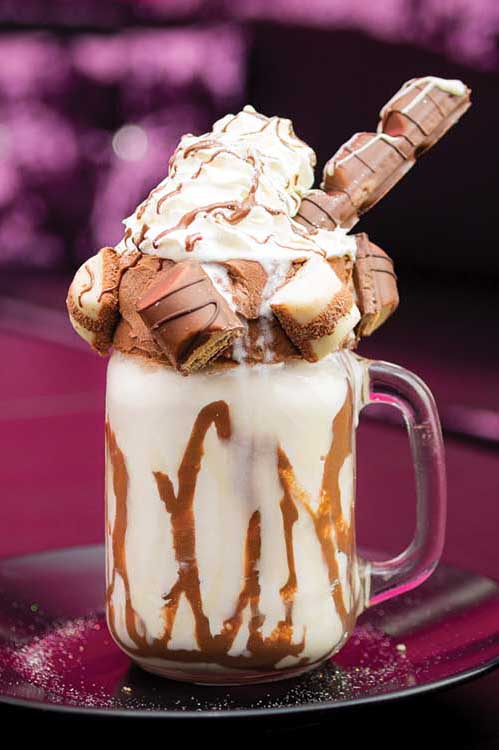 The kids dived straight into the shakes. Brodie picked the Unicorn Maniastic shake (£6.50), which mixes vanilla ice cream, Millions, bubblegum and raspberry sauce, topped with marshmallows, candy and cream. Evan chose the Kinder Maniastic shake (£6.50), which was vanilla ice cream, Kinder Bueno, Nutella, white chocolate sauce topped with Kinder chocolate and fresh cream. These monsters came with an extra wide straw. You can imagine the joy on the boys’ faces when Harry, the second brother, brought them over.

Alan opted for the Mint O’ Licious crepe (£5.50), which was topped with Nutella, mint sauce, chocolate flakes and After Eight ice cream. He loved the contrast of the soft crepe and the crunchy chocolate. I chose the Strawberry Bliss waffle, (£6.50, main image). It’s an American style waffle covered in strawberries, Nutella, strawberry sauce and served with ice cream – what a combination! 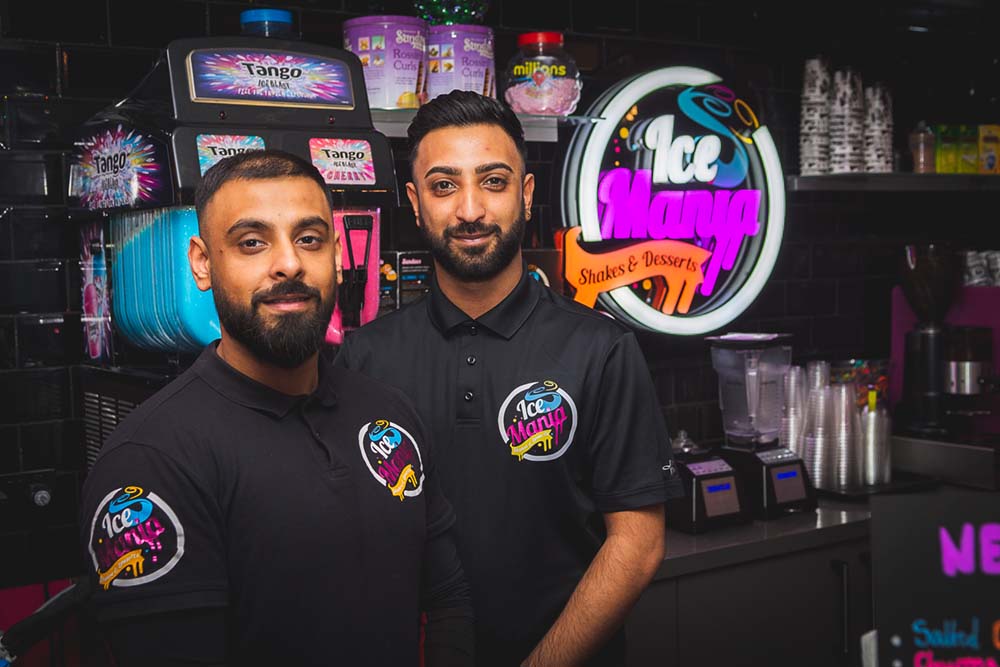 Harry urged us to try the Mania Bonbons (£5.45) and we offered no resistance. This was an adult choice, six bitesize bonbons beautifully presented on a skewer with hot Belgian white and milk chocolate dips, served with vanilla ice cream. They were soft and crispy and the melted chocolate dips added an extra touch of indulgence.

What can I say? Awais and Harry deserve their recent award. The food is delicious, the parlour, atmosphere and service all brilliant. The kids asked to come back the following day: enough said.