Tapas is all the rage at Taste Buds in Paisley, as local artist and writer Rebecca Johnstone finds out.

As most people know, ‘tapas’ is the name given to multiple bar-side light-bites that come hot or cold, originating in Spain. Loaded with flavour and freshly prepared, these tasty snacks are designed to quell hunger post-siesta, seeing you through until the evening.

Tapas (also called ‘pinchos’ after the sticks used to hold them together) offer the perfect sharing plates for couples and friends alike, and in modern casual dining have become the main event in themselves. This is precisely the case at Taste Buds in Paisley.

Their Tapas Supper Club runs every six weeks, offering seasonal fare to a set menu of eight courses. Yes, that’s eight courses. Everyone eats the same – any food intolerances can be catered for but should be mentioned at the time of booking – so there’s no panic about plate envy or agonising over choices, just the delicious suspense of waiting to see what’s winging its way from the kitchen. 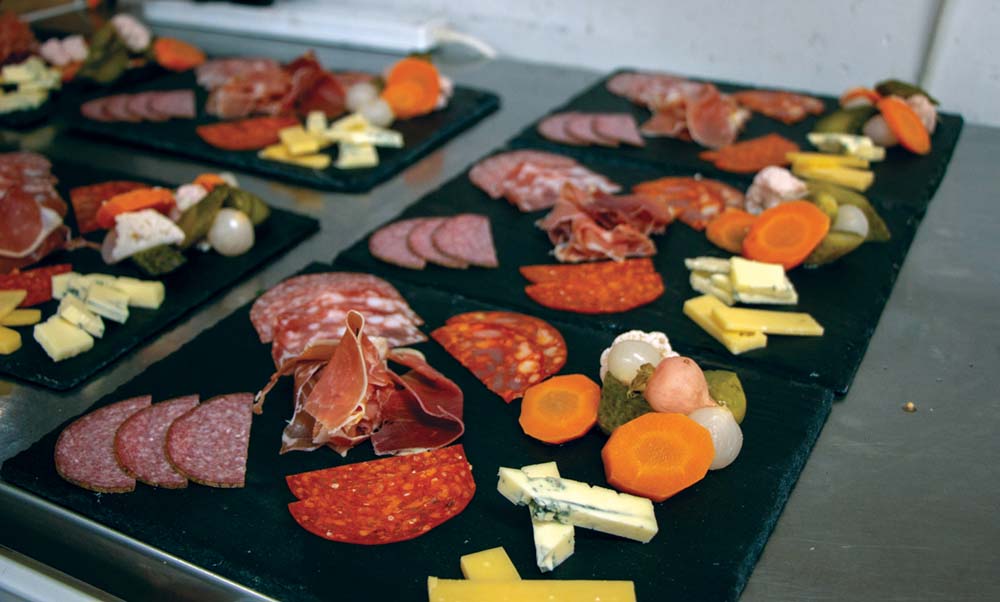 My husband and I recently found ourselves tucked into one of their cosy booths, devouring the olives (marinated in vermouth) alongside handfuls of seasoned fried potato skins. A delicious eco appetiser, because at Taste Buds nothing is wasted. A great ethos, and we were reassured by Elaine, one of the three amigas who run the café (alongside Tracey and Susie), that the olives and skins were definitely not the first course. My husband was delighted to hear this, and as I took my first sip of a particularly juicy Argentinean red our appetites were primed for the delights ahead.

First up, crostini with beetroot and balsamic vinegar delivered on an elegant slate platter alongside melba toast with butternut squash and Parma ham. I would struggle to name my favourite, but Elaine barely had time to turn her back before we’d devoured the lot. Next came generous chicken fritters served with black pudding balls on a bed of homemade apple chutney. I would never have considered this combination of flavours, but the sweetness of the apple worked so well with the black pudding which was truly melt-in-the-mouth.

Slices of vegetable frittata served with oh-so-tender Spanish meatballs on a bed of rice came next, and we were already losing count of which course we were on. It’s that kind of experience where the dishes meld into each other, the atmosphere light and convivial. I even overheard a fellow diner comment that the food was very authentic – she would know, having lived in Spain for six years. 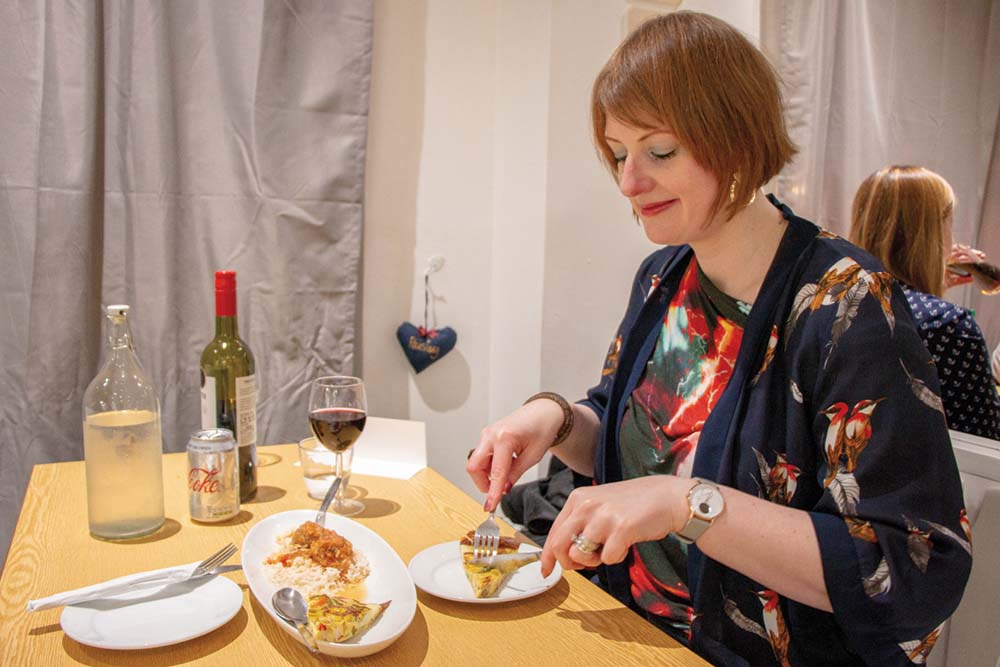 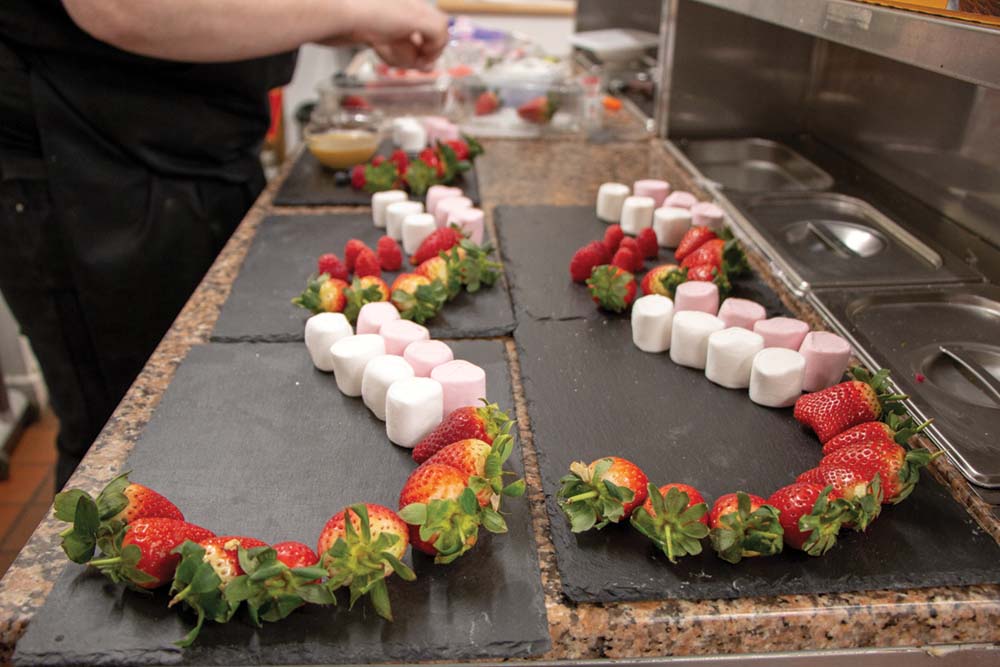 The next plate offered pickled vegetables (onions, cauliflower, carrots) with a selection of cured meats, Manchego and blue cheese. I’m not normally a fan of blue cheese, but on this platter in a small bite-sized piece, it worked.

I think our favourite course of the evening was the 14-hour slow-cooked beef on a bed of chive, basil and pomegranate cous-cous with patatas bravas and fried peppers. Classic Spanish choices with a twist, and every tiny jewel of pomegranate a sweet explosion on the taste buds. Delicious.

We went a bit lighter next with slices of mozzarella and tomato on a bed of fresh rocket, plus a feta and orange salad. That prepped us perfectly for the chorizo that followed, which was cooked in red wine, honey and garlic, alongside a chicken drumstick coated in ‘secret spices’. I like it when some things remain a mystery like that, and it was relaxed enough to abandon the cutlery in favour of fingers to really tuck in.

And yes, by this point we were ready to plead mercy, but there was just one more surprise to go – dessert.

What an experience and such a great concept: a taste sensation with every bite, capitalising on local, seasonal produce with an emphasis on no waste and great value. We’ll definitely be back.

Dinner at The Boarding House