After experiencing triumph and tribulations alike, Paisley’s own kumite karate competitor Amy Connell is looking ahead to the sport’s grandest stages.

For the vast majority of us, martial arts is something that we off-handedly dabble in as a kid before realising that it’ll take a hail of hard work and dedication before we reach the heights of our silver-screen heroes.

But for Paisley’s Amy Connell, her lifelong passion has turned into a chance to travel the globe and test her mettle against the world’s best. Along the way, she made history by becoming the first Scottish athlete to represent Team GB in Karate at the European games in Minsk.


Rather than landing on the martial art at random, Amy’s journey to competing in kumite – “a fancy Japanese word for fighting” – has paternal roots.

“My dad had a karate club and he’d been teaching for years,” Amy says with unmistakable pride. “Seeing as it was just part of our family and my sister trained too. I started toddling along at the age of three and it just stuck and soon enough, I was competing by the time I was eight or nine years old. I just fell in love with it from the moment I started and it’s snowballed from there.

“My dad definitely loves that I’m so involved in it,” she says of carrying on her father’s legacy. “It’s funny because if it’d gone the other way and I didn’t want to do it, then he’d have been totally cool with that too. I think the fact that he didn’t is why I still love it as he wasn’t pushy at all. It was just an environment that I loved and once you start getting good at something, it just encourages you.”

After winning tournaments on a local and national level during her adolescence, Amy entered the Scottish team at 14 and has been a mainstay ever since. After rebounding from a few setbacks in the form of injuries, Amy went on to achieve a bronze medal at the 2019 Euro championships. Now that the competitive schedule has resumed in earnest, it’s safe to say that she has no plans to plateau there. 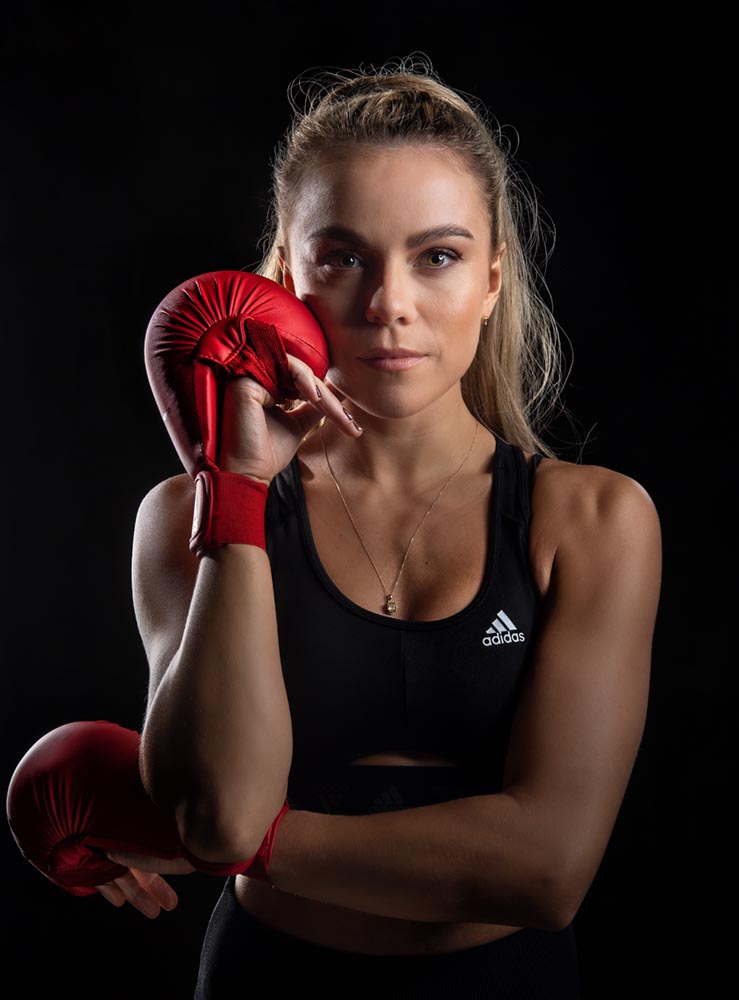 “I’ve been so grateful that I’ve been there in the Scotland team ever since. Then in 2019, I began to compete for Team GB as well. It was a big step-up for me as I’d been injured for a while, so to come back and be able to get a medal there at one of the biggest tournaments that we have was such a special moment. It felt like I was back where I belong. Even travelling to Gaudalajara in Spain for the tournament, I just felt so proud,” she continues.

“Particularly as it all stemmed from my dad’s club that my mum, dad and sister are all involved in. When you grow up with it, you never stop being excited to do what you love and represent your badge. Funnily enough, the tournament where I won the bronze was the first time that I didn’t have anyone in my family there (laughs). Maybe I need to do that more often!

“Obviously, we had a big celebration when I got back and my teammates were all there supporting me as much as they could. We’re lucky that there’s a really great group of people in the team and it’s nice to know that they have your back.”

If you had been keeping your eye on the television this summer, there’s a good chance that you witnessed karate making its debut – and possibly final – appearance at the illustrious summer games. Sadly, the Olympic ambitions of Amy and the GB team didn’t quite come to fruition, but it’s done little to discourage her and the squad as they gear up for another busy calendar of events.

“When you see more people in Renfrewshire doing cool things, it really helps you realise that they’re from just around the corner”

“We were really close, but a mixture of things just got in the way,” Amy reveals. “There’s no excuses at all, but Covid hit and it made things even harder. I’m still really proud of myself with how far along I got with the qualifying process and it would’ve been an amazing opportunity, but it’s one of those things.

“As it stands, karate isn’t going to be in the 2024 olympics but people seemed to really enjoy it this year, so maybe that’ll change somewhere down the line.

“For us, the world and European championships are always the biggest goals to work towards and we’ve got the World championships in November,” Amy declares. “So, we didn’t have much time to dwell on it and it was good that we had something else to focus on. We’ve got tournaments in Birmingham and Poland in the lead-up to it, so we’re just building back up. A medal is always the goal at the World Championships. It’s been a different type of prep this time around, but I’m going to go out and give it my all.

“I think nerves never go away to be honest,” Amy says when asked about whether she’s still daunted in the run-up to stepping onto the mat. “It’s good though, as you want that adrenaline buzz to kick in. I’d say you just get better at handling them, but everyone gets them at every level. If they say they don’t, they’re probably lying. Now, I’m at the point where I know how to channel them in a good way.” 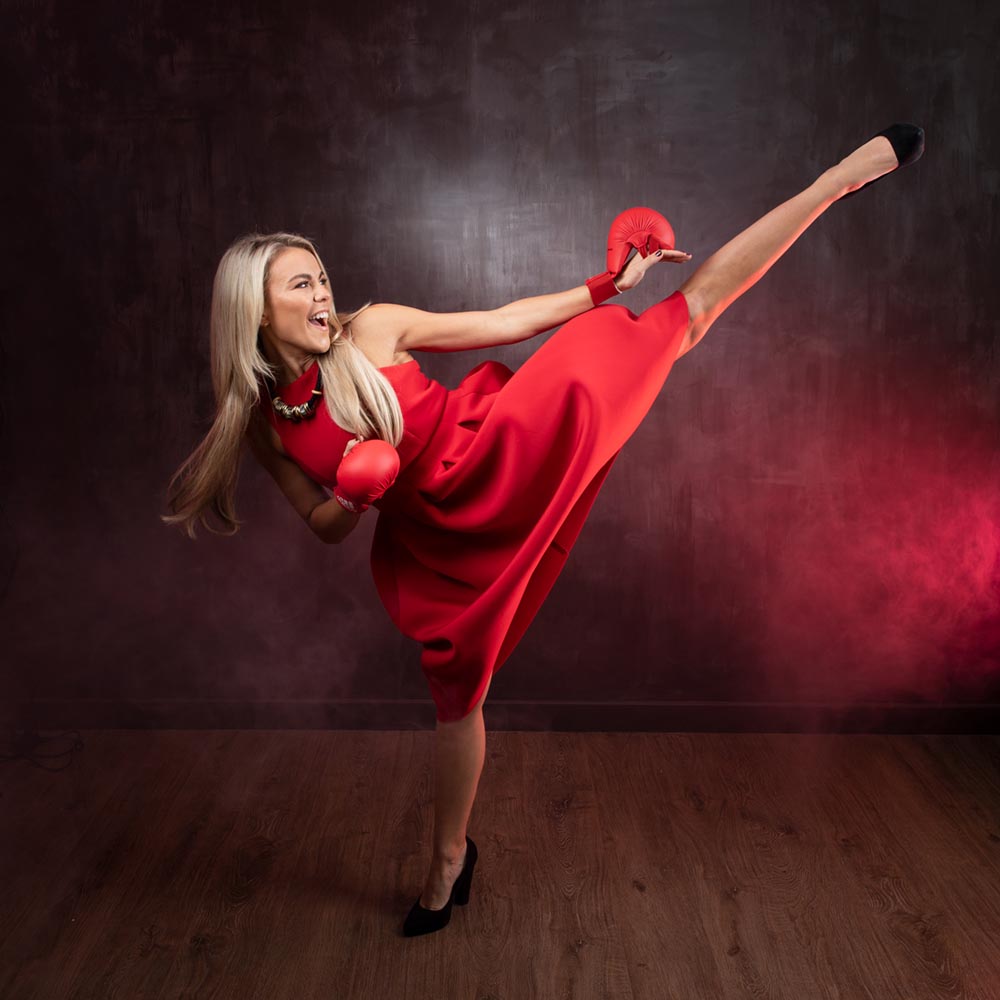 For Amy, karate still has a lot of room to grow in Scotland and in her opinion, it has played an indispensable role in making her who she is today.

“When you speak to people, you find out that it’s something that a lot of them did as a kid and it’s just a case of getting people to follow through with it. I’m obviously a little bit biased, but I feel it’s a great sport all-round. It teaches kids balance, discipline and of course, self-defence. It definitely helped me. It’s great character building and it made me a more respectful and focused person.”

Set to continue to represent her country in the years to come, Amy is proud to stand as one of the litany of success stories that are emerging from a boom period for Renfrewshire. In her mind, the past year or so has ensured that it’s a sign of things to come as courage begins to usurp the fear of the unknown for many people with big goals and aspirations.

“With everything that’s been happening in the world, people are taking a bit more control of themselves and their lives. I think it’s that temperament we have in the UK where we usually kind of hold back but now people are thinking, ‘what’s the worst that could happen?’ When you see more people in Renfrewshire doing cool things, it really helps you realise that they’re from just around the corner.

“A lot of the inspiring stories that we hear are usually from people in America but when you realise that people with the same accent and background are doing special things with their life, then it makes you realise that you can do it too.”

Favourite place for a cup of tea? Blend