With over two decades of service under his belt, Renfrewshire Council’s new chief executive, Alan Russell took on the top job at a time of immense upheaval. In a rare in-depth interview, he talks to Mill Magazine online about his journey thus far and his ambitions for the future.

When a crisis hits, you want a safe pair of hands at the helm. At a time when unforeseen circumstances seem to crop up on a fortnightly basis, knowledge and experience are powerful assets that can prove pivotal in determining whether a situation is handled with the sort of levelheaded pragmatism that only time spent preparing can give you or if things quickly spiral into unmitigated chaos.


Thankfully, in the case of Renfrewshire Council, this tumultuous period in human history has coincided with someone who knows the place like the back of his hand taking on the top job.

Appointed in November of 2021, Alan Russell’s tenure as chief executive may have been a trial by fire, but has neither deterred him nor dampened his enthusiasm for the bright future that lies ahead for the entire region.

“It’s been good!” He proclaimed when discussing his first few months in the role. “I mean, obviously, I’d already been in the organisation a long time. That’s 24 years now, so that made the transition much smoother. You’re not coming into a chief exec role in something that you’re new to and trying to make lots of connections.

“I know a lot of the agenda and what the challenges were and the infrastructure that’s there, so it was much easier. You’re right though, the timing was like ‘oh’ (laughs). In the process you need to go through to get this job, I spoke about what I saw as the priorities for the next six to 12 months and when you think about where we were with the pandemic, we were just coming out of the summer and Omicron hadn’t yet emerged.

“During that process, I said it was important to start looking forward again and getting the strategic agenda in place which all came down to building a sense of optimism for the future. But at the time, I did say that we needed to recognise that the pandemic wasn’t over and that one thing we need to learn from that, in terms of managing it, is that things can change very quickly so it was important that we didn’t disassemble what we had in place to support all of the services.

“I don’t think the landscape has ever been more difficult for local government across communities, businesses and services in my 24 years of service”

“Little did i know that within two or three weeks of me saying that, Omicron kind of felt like taking a big dial on an old stereo and turning it right up. Everything that’d happened in the past 12, maybe 18 months just shot straight back up again and the government were rightly concerned about where that was going to lead us.

“They were trying to learn in real time and so were we but thankfully, it didn’t turn out to last or be as bad as we thought and dissipated as quickly as it emerged. Being back in the eye of the storm certainly disrupted our transition plans and the recovery that we had planned. So, that has definitely been the most challenging part so far, as things just changed very, very quickly.

“The organisation and all of our partners responded as well as we did previously and stood back up again. The Christmas period is always challenging anyway and the workforce were tired after two years of doing this, but the fact that they rose to it was great. Our NHS colleagues needed a huge amount of support and a lot of that was coming from the council too.”

Despite all of the hardship that both the municipal body and the people of Renfrewshire have faced as of late, Alan believes that the leaps forward that local communities had taken before the onset of the pandemic and initiatives that they’d set in motion means that there is plenty to remain in good spirits about.

“It is right for us to be positive and optimistic as we’ve had such a tough time, but it’s important to remember that the pandemic hasn’t been officially downgraded yet. That said, we’ve got lots of reasons to be really positive about the future and what it holds,” he affirmed.

“It’s been a hugely challenging period for businesses and communities but thankfully, we were in a good place, particularly with our regeneration journey. It’s placed us well in terms of recovery in comparison to other areas across the UK. I mean, we’ve had quite a focus on business grants that were administered but supporting them as we come out of this and considering what their recovery looks like is just as important. 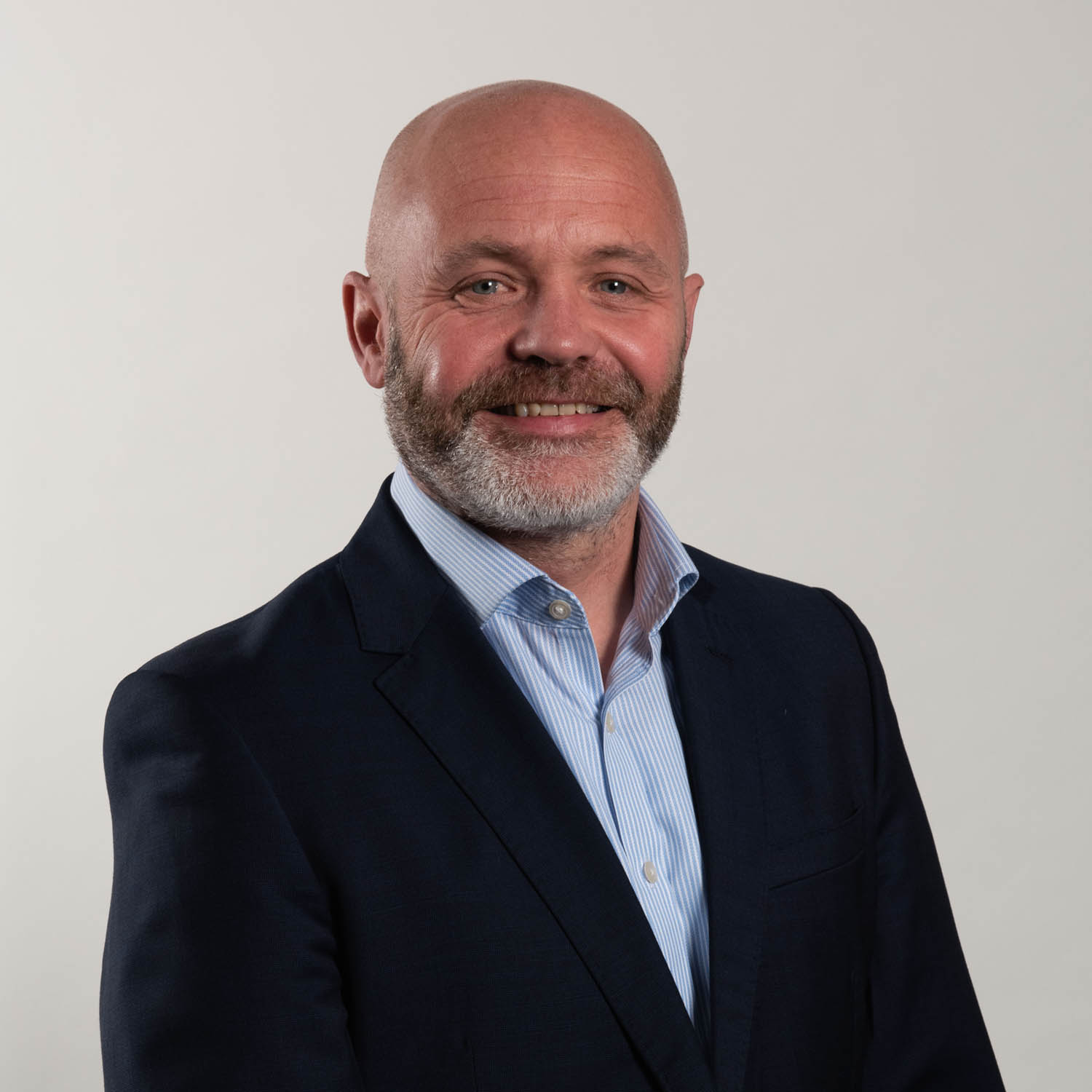 “From the point of view of economic activity, I think it’s fortunate that we’re in a good place in terms of delivering a lot of significant investment projects. It’s probably about half a billion worth of stuff that’s happening right now. That in itself generates a lot of economic activity but all of these projects are aligned to support and deliver benefits well beyond the initial facilities that they’re tied into.

“Whether that’s the town centre and our role in the City Deal or other projects that the council are taking forward. So, at a time when our economy needed big injections of activity happening, it was fortuitous that this huge programme was being rolled out in tandem. I think, in terms of these projects, what they were originally intended to be set up for is about supporting long-term economic growth and perspective in the area.

“Aside from us, I think a lot of the businesses just handled the pandemic exceptionally well. Like all organisations, we had to adapt to the circumstances and all businesses across the piece have done the same thing.

“Away from commerce, it’s well recognised that disadvantaged communities suffered disproportionately during the pandemic and now, it’s all about how we can continue to support people as we recover from this pandemic. You’re seeing another big challenge as well with the cost of living crisis, there will be those least able to cope who will suffer most. We’re all feeling it, but it’s a hugely worrying time in terms of what’s unfolding and we want to particularly support those who need it most.

“Going forward, we hope to place the focus on co-designing,” Alan Russell said of his plans to liaise with local areas. “Before, there was a perception that things were being done to communities, rather than with them and this is something which has shifted during the pandemic. Although we’ve still got progress to make, I think it made people realise what the council really do in terms of the services we provide and helped put a face to it in a way that was missing in the past.

“Above all, it’s just great to see people out,” he said of Renfrewshire springing back into life. “It’s been a hard couple of years and seeing everyone attend all of local events and even just being out and about in our towns and villages is amazing.”

Despite the fact that he’s approaching each and every new thing that the job is bringing to him with confidence and levelheadedness, Alan is by no means naive to the challenges we face. But nevertheless, he believes that our area is one that not only is he proud to serve, but is well equipped, both ideologically and practically, to face everything head on and continues its well-documented ascendency.

“I don’t think the landscape has ever been more difficult for local government across communities, businesses and services in my 24 years of service,” Alan revealed. “We keep trying to get our focus back on our bigger strategic agenda and then things keep happening which demand our immediate focus.

“We’ve got the welcome hub for the Ukranian displacement scheme due to Glasgow Airport being on our doorstep as well, so that’s another example of another reactive, very immediate demand across our services.

“Another thing that’s been interesting in my time as chief exec is seeing how COP 26 got the climate emergency back on the agenda. For me, I felt as if there was a real acceptance, globally and within society, that climate change is absolutely real as you don’t need to go back that far to find people who were still questioning it.

“I think we can all see that it’s real and the consequences are arising, so it’s absolutely right that it’s now recognised. The window to try and address it is getting tighter and tighter, so we hope that the actions agreed at COP 26 are implemented. So, for us, we want to do what we can to help out where possible and ensure that we’re doing our bit at a local level.

“When I came into the job, I thought about what I wanted to achieve and it feels like a lot of the good work we’re doing across Renfrewshire is things we’re still on the journey with,” he declared. “There’s a lot still to deliver, but there’s a lot of positive things happening that we’ve been a part of which are happening across businesses and our communities in a broader sense.

“It’s great to be part of it and despite the challenges, there’s huge amounts to be enthusiastic about and in comparison to other areas in the UK, we can clearly see that there’s a lot of good on the horizon as well as opportunities to create inclusive benefits and really enhance our reputation not just in Scotland or the UK, but on a global scale.

“There’s fantastic foundations there, but there’s a lot still to do. Whether it’s the City Deal projects or the town centre regeneration, it’s not just about finishing it, but about what comes next and what businesses or services we can get to come here and put Renfrewshire on the map as a centre of excellence. I think a lot of areas will be looking with envy at what’s happening here.

“I said at my job interview that to be a chief exec of any organisation, but particularly a council, you need to really want to do it and this was the only job of this sort that I’d take on. I wouldn’t have gone elsewhere,” he candidly stated, “and it wasn’t that I just wanted to be a chief exec, but that I wanted to do what I could here. 80% of my career has been invested here and I’d be more than delighted to spend the rest of it working in Renfrewshire too.”