A resident for four decades, Houston-based writer Denny Macgee takes us on a tour of his adopted home.

It’s late 1981. My wife Mary and I are heading along the Georgetown Road towards Houston in a van full of furniture and six or seven kids (only three of them ours) – and I’m crying my eyes out. Not because interest and mortgage rates are at eye-watering levels compared to today’s and we’ve stretched the family finances to buy our new home – although that was more than a consideration. It may only have been a 20 or so minute drive – but it seemed like moving to a different world.


More than forty years and seven grandkids later, we’re still here – a testament to the fact that it was the best move we ever made. Yes things have, inevitably, changed in the intervening four decades; far fewer trees, fewer open spaces, more houses (and even more on the way), more people, more cars.

A few shops – a supermarket, a chippie and a Chinese takeaway have filled one space that lay vacant when we first arrived. And with three excellent schools, Gryffe High School and Houston and St Fillan’s primaries located in the area, it’s little wonder that parents choose to move to Houston. All proof, if needed, that people want to live here and will continue to do so in increasing numbers. 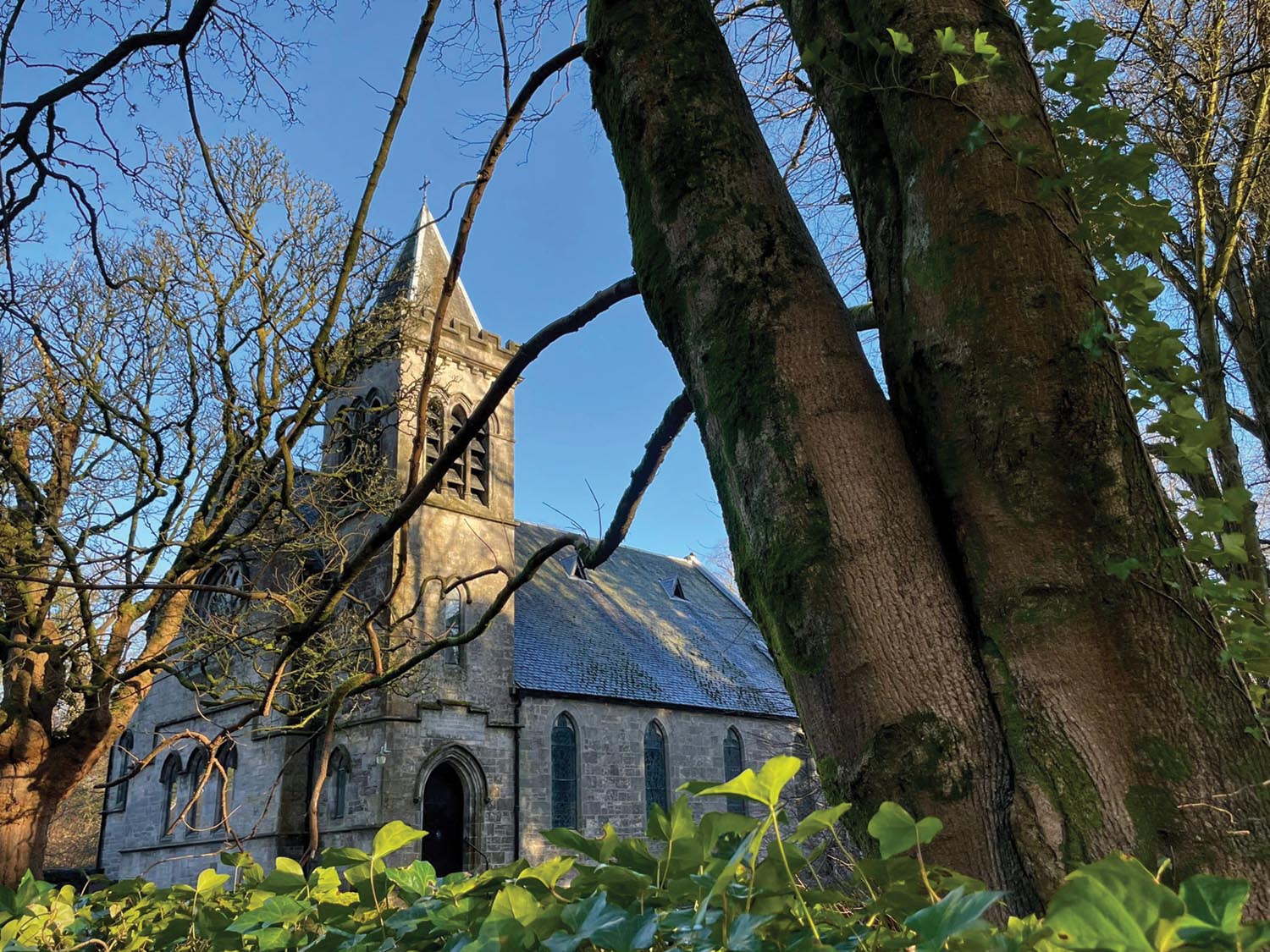 Even with the passage of time and the seemingly relentless expansion of the built environment, it’s still a great place to live. But at the heart of the community is the village itself. A flick through the excellent pictorial history of Houston and Crosslee by author John Fyfe Anderson graphically illustrates just how little the village has changed in well over a century, with the streets and buildings, including the Houston Inn in North Street and The Fox and Hounds (formerly the Black Bull) instantly recognisable as they exist today.

The village of Houston also includes the adjacent community of Crosslee and carries with it a rich history stretching back to the 12th century. Not to mention the archaeological remains in the area which date back as far as 3,000 years ago. 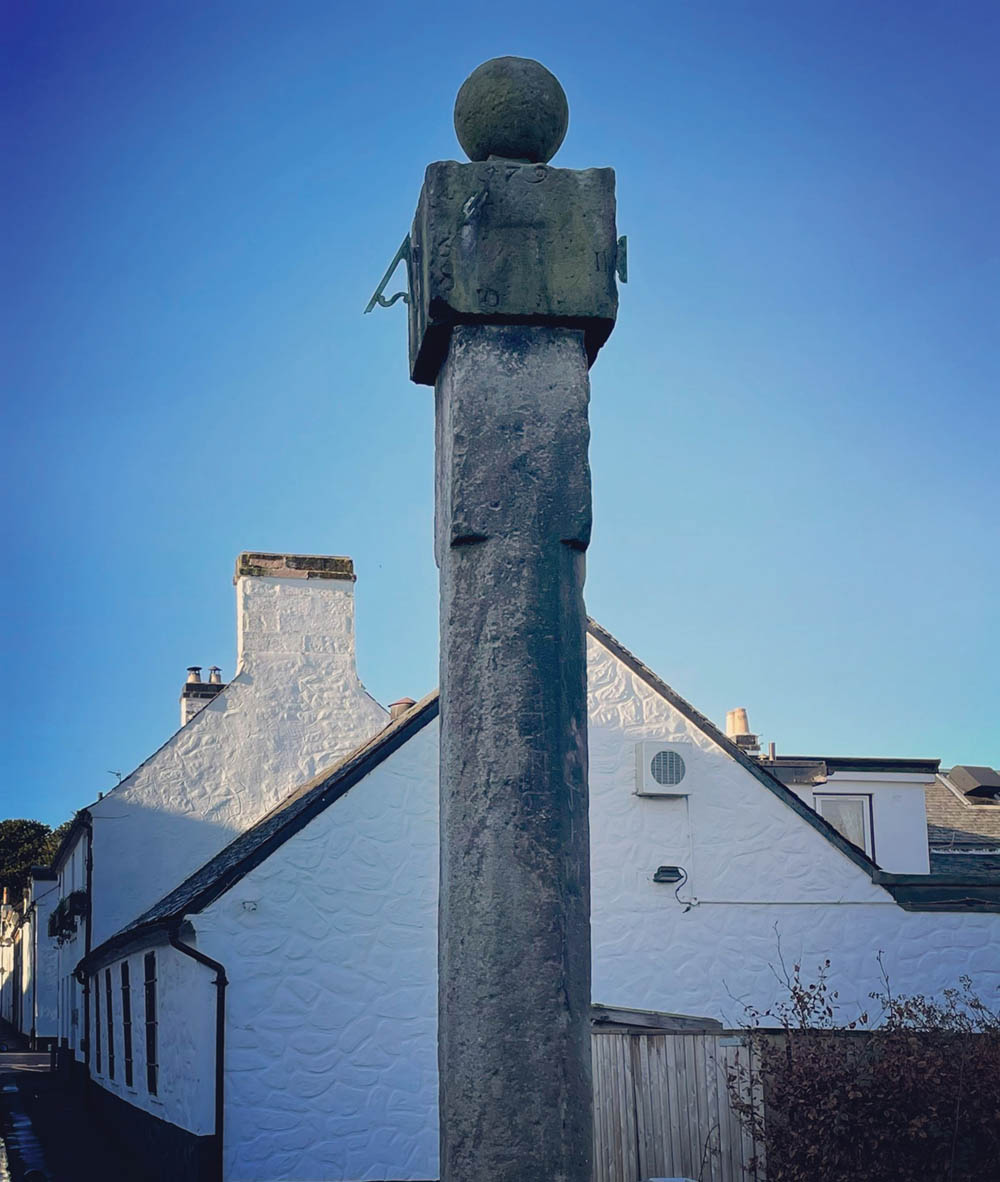 The 12ft high Mercat Cross is located in the centre of village. Although there is no official record on the age of the cross itself, it is believed that the steps forming the plinth date from the 14th century. Originally sited on the village’s Kirk Road, the cross was moved to its present location in South Street from Kirk Road in 1781 when the new planned town of Houston was built. It is used as a symbol of the village and features on the badges of the local primary school, Houston Primary and secondary school, Gryffe High. 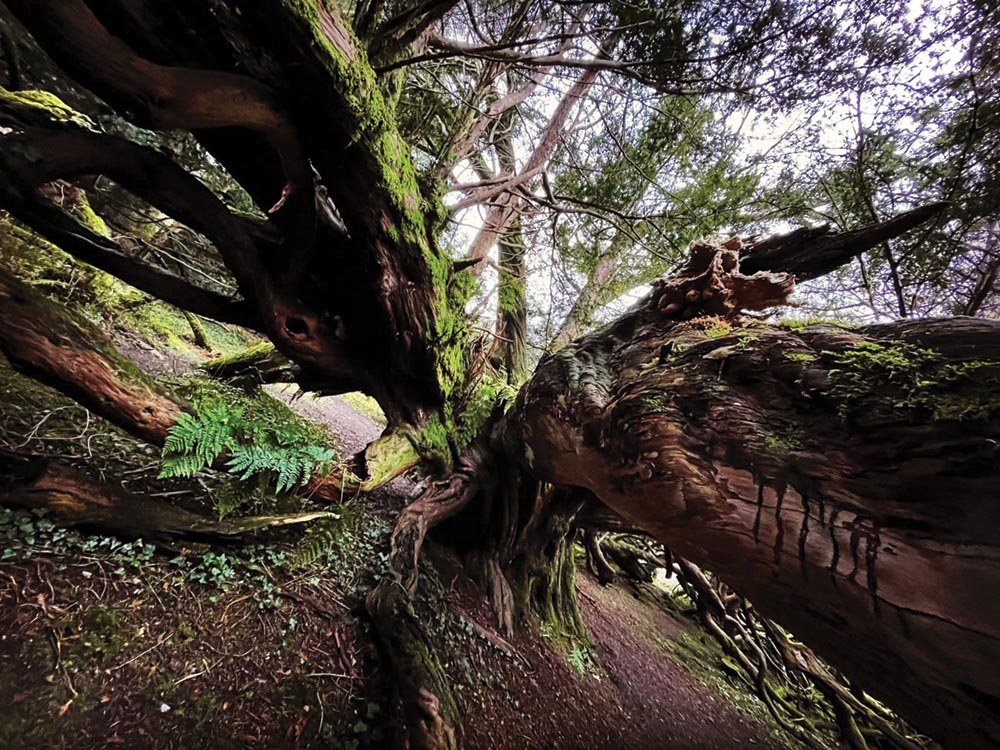 One of the largest, and possibly oldest example of a heritage layering yew in Scotland, perhaps even in Western Europe. Estimates put its age at least 700 years old. It is thought to be the oldest living entity in Renfrewshire. These trees lay down their branches as they grow, the branches then taking root. The circumference of its crown is 100 metres. The trunk measures 8.29m around. The tree is located in the grounds of the former Craigends estate on the banks of the River Gryffe.

The ruins of St Fillan’s Kirk lie four miles west of Houston village centre, just off the Kilallan Road. The ruins of the church are a scheduled monument and the surrounding graveyard is a listed building. The church’s manse, now Kilallan Farm immediately adjacent to St Fillan’s is considered to be the oldest existing dwelling house in Renfrewshire. St Fillan’s Seat is a natural boulder overlooking the kirk. Local tradition records that St Fillan sat in the chair, preached and baptised babies with holy water from the nearby well. It was also believed to have cured rheumatism. St Fillan’s Holy Well has probably been venerated since pre-Christian times, with the spring water being used by the saint himself. It was believed to miraculously cure sick children.

One of only three complete Celtic crosses surviving from the ancient Kingdom of Strathclyde. Originally erected near an old mill, the 1.95m high sandstone cross which dates to 900 – 1100AD is decorated with images including a warrior, a man with a drinking horn and two animals. It is now housed in Paisley Abbey to protect it from further weathering.