As a new decade approaches, we examine the plans for what the future of our thriving community looks like.

Renfrewshire has a huge amount to offer as a place to live, work, visit and invest – from our proud history to our great location and transport links. Over the next decade, the area will see a once-in-a-generation investment in major infrastructure that will bring new jobs and visitors in order to support a thriving local economy. Before the plans are implemented, here’s a snapshot of some of the exciting developments coming soon…

Renfrew will be home to the first ever opening road bridge over the River Clyde. The crossing to Clydebank and Yoker will accommodate vehicles, pedestrians and cyclists and open for passing ships, connecting communities on both sides of the river to jobs, education, hospitals and leisure pursuits. Scheduled to be operational in 2023, it is the centrepiece of the Clyde Waterfront Renfrew Riverside project. Funded through the Glasgow City Region City Deal, the new commuting option will create conditions for economic growth along the river, with 2300 jobs expected to follow through the new developments and business growth it attracts. 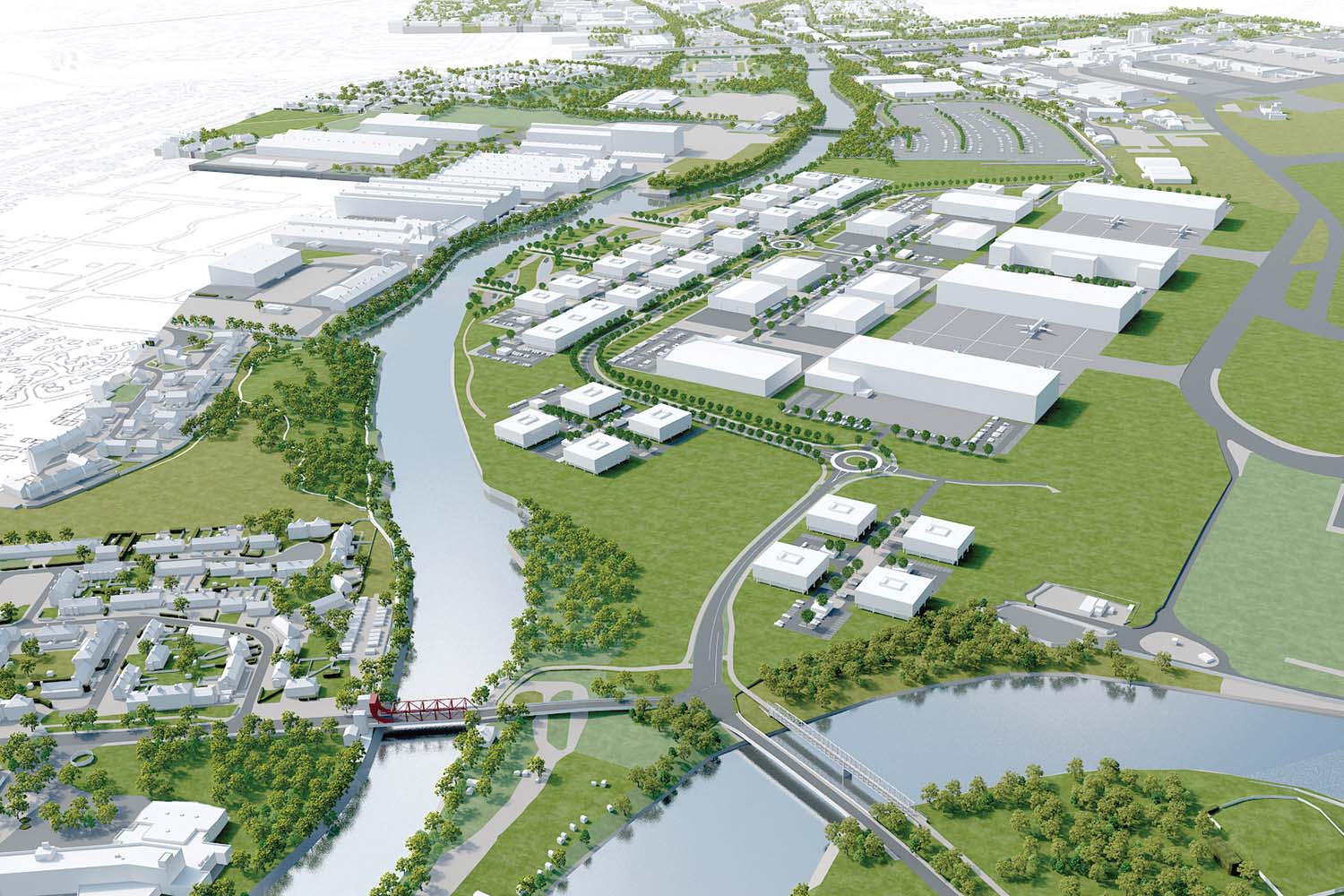 Renfrewshire has a rich manufacturing heritage and the sector currently employs 9000 people locally, generating more than £1billion in exports. AMIDS, shorthand for the Advanced Manufacturing Innovation District Scotland, will cement Renfrewshire’s status at the beating heart of Scotland’s manufacturing future.

Spades hit the ground this summer, transforming a 52-hectare site next to Glasgow Airport into an innovation campus, with housing companies harnessing new technologies and supporting manufacturers of all shapes and sizes to access cutting edge research. It’s confirmed as the location for the National Manufacturing Institute Scotland and the Medicines Manufacturing Innovation Centre and has 1.6million square feet of available floor space for further developments. When completed, the district is projected to create 6,000 new jobs and work on the enabling connections is due for completion in 2021. 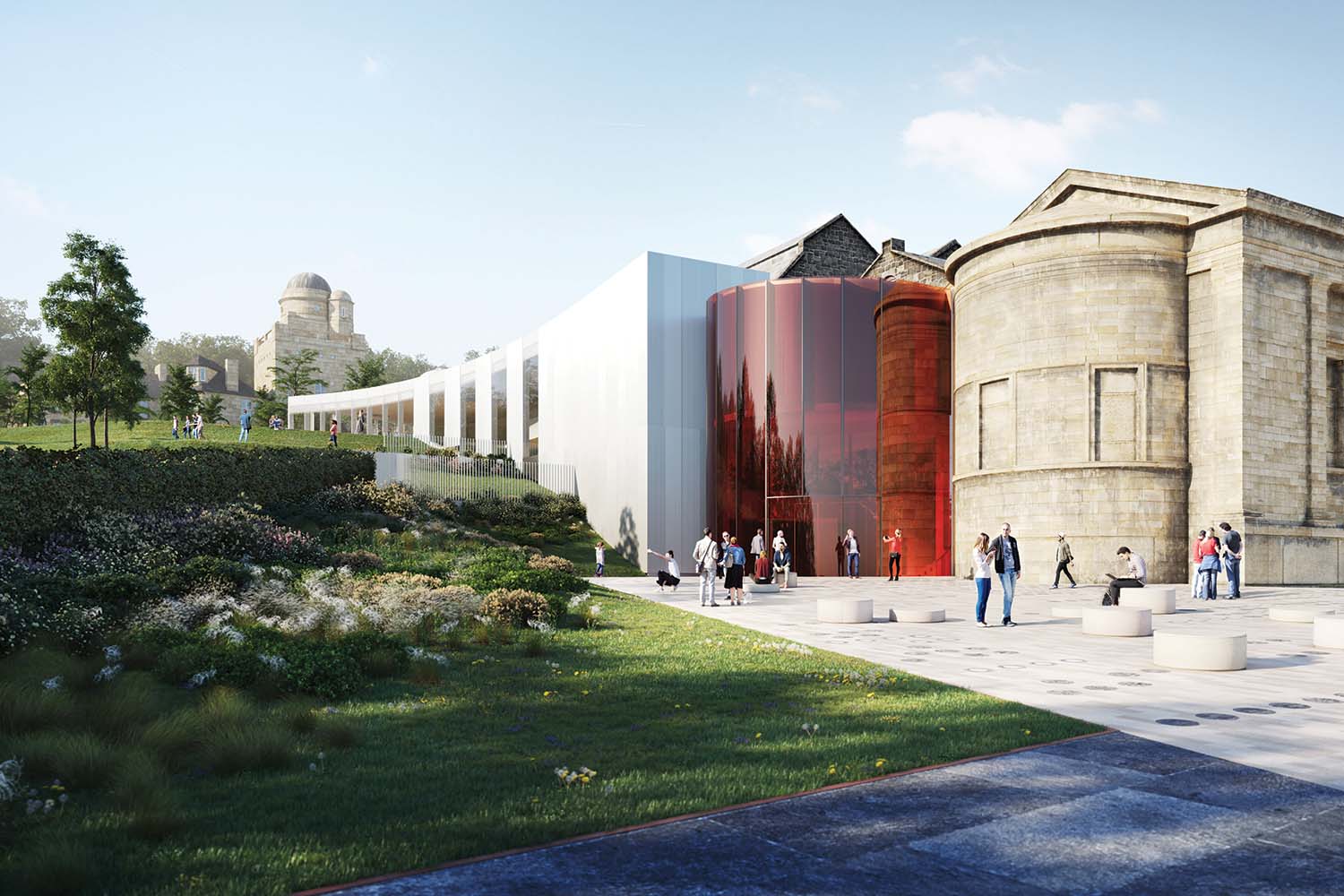 A once-in-a-generation investment in Paisley’s key venues is building on the work already done to make us one of Scotland’s must-see destinations for culture, heritage and events.

Paisley Museum will reopen in 2022, transformed by award-winning international architects AL_A into a leading European museum telling the stories of how Paisley’s people and pattern helped change the world. A re-shaped interior will see the number of objects from the town’s internationally-significant collections going on show doubled, not to mention a new interactive weaving studio. On the exterior, a new courtyard and attractive garden will open-up access to Coats Observatory, reconnecting it and the museum to the town’s High Street.

Paisley Town Hall is also reopening as a landmark entertainment venue, preserving the much-loved facility for future generations with increased capacity to attract bigger and better shows on top of a dance studio and café-bar.

And that’s not all, a formerly empty High Street unit is being turned into a learning and cultural hub that’ll offer a 21st-century home for library services, while Paisley Arts Centre is being upgraded and a £10m investment is being made to transform Paisley’s main road junctions and key outdoor spaces Abbey Close and County Square in order to make them more accommodating to the public. 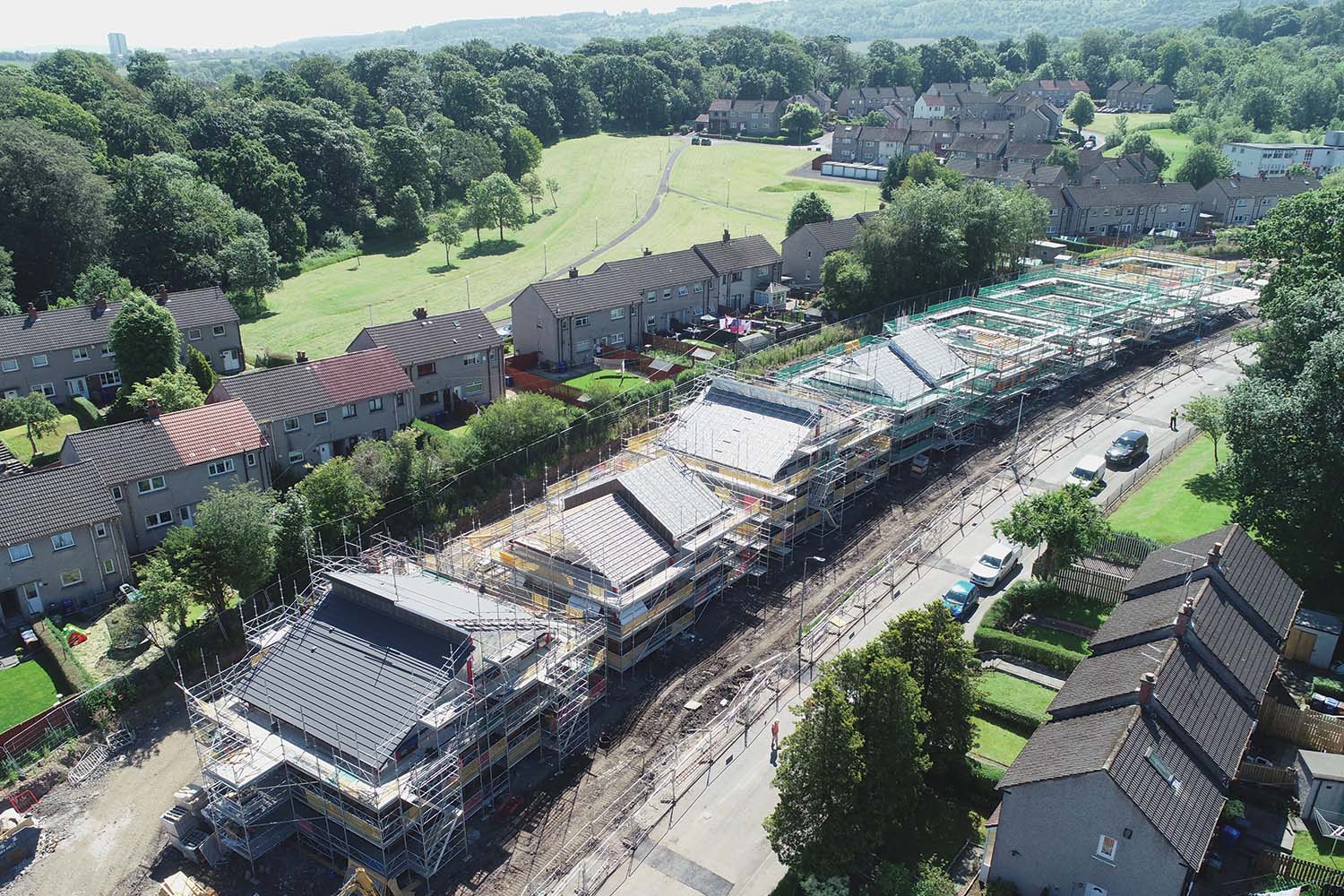 At the last count, 176,830 people live in Renfrewshire – which may seem a lot, but our rate of growth is half that of our neighbours and the rest of Scotland. Add that to the fact that our working age population is on a downward trend, and we face an important challenge to attract more people to live and work here.

That’s why over the next 10 years, plans are in place to build 5,000 new homes, creating neighbourhoods for families to grow and people to prosper. This includes Dargavel Village in Bishopton, one of the UK’s largest privately-funded Brownfield regeneration projects. There’s also work well underway on housing at Johnstone Castle while the former Co-Op supermarket on Wellmeadow Street has been transformed into flats and houses, the first phase of housing regeneration in Paisley’s West End.

Speaking on the innovations and amenities that have been planned for the community, Renfrewshire Council Leader Iain Nicolson made the following remark: “It is vital that, as we invest in our economic future, we ensure Renfrewshire is a place of inclusive growth where no one is left behind.”

This feature was published in Mill issue 8 November/December 2019.