Meet an award-winning ceramicist who creates narrative illustrations on porcelain.

In a converted farmhouse just outside Lochwinnoch, Wendy Kershaw appears to be enjoying an idyllic life combining work with feathered domesticity. When we call her in her workshop, she reveals she’s not alone: “Two pheasants are watching me from outside as I haven’t put food out for them…”

Originally from Airdrie, Wendy has lived in rural Renfrewshire since 2012. During that time she’s been gainfully employed as an in-demand ceramics maker, a job she was always destined to have.

“I used to dig clay out of the garden to make things when I was young,” she recalls. “I always made things. Then I finally got into art school after trying for years and years. I went to Gray’s School of Art in Aberdeen then the Cardiff Institute of Higher Education for my master’s degree.”

After achieving her qualifications, she became an artist in residence at various schools around the country, lectured at Fife College in Glenrothes and worked as a ceramics technician at the Glasgow School of Art. “We were the last department in the country and they closed us down in 2011,” she says ruefully.

One of her biggest professional achievements so far is having her work displayed in the permanent collections of two prestigious museums in China. How did that come about? 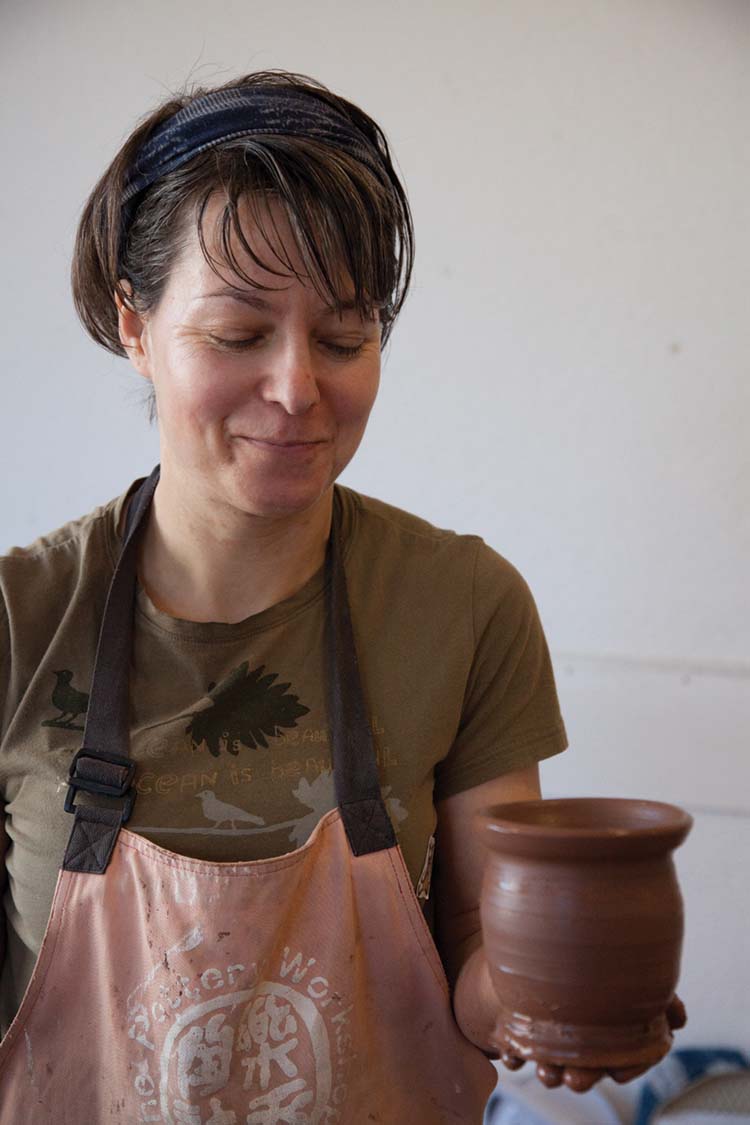 “There’s a big show conference in America every year, around 6,000 potters go to it, and I got my work into that,” she says. “Caroline Cheng, who runs the pottery workshops there, invited me over to either Shanghai or Jingdezhen, the ancient porcelain capital, to make more work. I couldn’t decide which one to go to so I asked if I could go to both, and she said yes. The Scottish Arts Council funded my flights, so I went there for four months. At the end of that I had a show, which I then brought back to the art school.”

This experience had a profound effect on her work, as she explains. “It did me so much good being exposed to that culture and history. I usually draw with needles into clay, but when I went to China I didn’t want to do the work I usually did, I wanted to try everything they had there. One of the things I tried in Jingdezhen was using transfers combined with my own drawn lines. When I came home I continued to develop that.”

Wendy’s work is inspired by the importance of small everyday things – “drinking tea, having a bath” – and the poetry of Keats and Tennyson. “I illustrate lines from poems and some stories I make up myself,” she explains. “The Gin Angel is one of my bestselling designs. I used to make tea angels, the idea being you’d be desperate for a cup of tea so an angel would fly in with a hot pot of tea. I developed that into coffee angels and one day I thought there has to be a gin angel. Women about my age seem to like it, because gin has just gone mad in popularity in the last few years.”

Another one of her most popular designs is The Pudding Girl. “She’s really worried she’s going to miss out on pudding from not having a spoon,” says Wendy, “so she sews many pockets into her skirt and in each pocket she puts a pudding spoon. So she’s quite content. It sounds quite mad!”

Best place for coffee? The Junction in Lochwinnoch, they do a great soya latte.

Best place for dinner? I’m waiting on a vegan place to start up, but Japan Street Food, Paisley, does vegan bento boxes.