What’s so good about Molly? Why’s she got a new hair cut? The real question is, what should we expect from this new era of Ghostbaby? Read on to find out our thoughts on this new track.

Throughout their discography, Ghostbaby have never been one to shy away from telling the listener a story. Whether it’s I Went To A Velvet Underground Show In 1969 or God and Drugs, every track is a trip and you’re along for the ride. Molly’s Got a Brand New Haircut makes no exception as it tells the story of Molly.

After getting her new haircut, she is met with ridicule and disapproval from her friends as they don’t understand her new style. Just as it feels all hope is lost for Molly, she meets Jenny who sees and accepts Molly and her brand new haircut. It’s a story with a happy ending and definitely hits hard for anybody who decided on a lockdown hair-do. Don’t think Ghostbaby don’t see that mullet.

With this track, Sam Cameron recounts a tale of growing up and finding yourself, where you fit in the world and the people we surround ourselves with. Lyrics that some understand but many will live through as we face times of change and turbulence. Who better to tell you than a band as authentic as these guys?

So, the message resonates, what about the track itself? Is it a ballad to pull at your heartstrings? Not quite, but it is definitely the unmistakable sound of Ghostbaby and it does not disappoint. The drums are punchy, the guitars are fuzzy and the vocals are super catchy! Just when you think you’re out the other side, the instrumental kickstarts another arc to our characters story and we end on an acquainted note with Molly, as if she’s a friend of a friend. 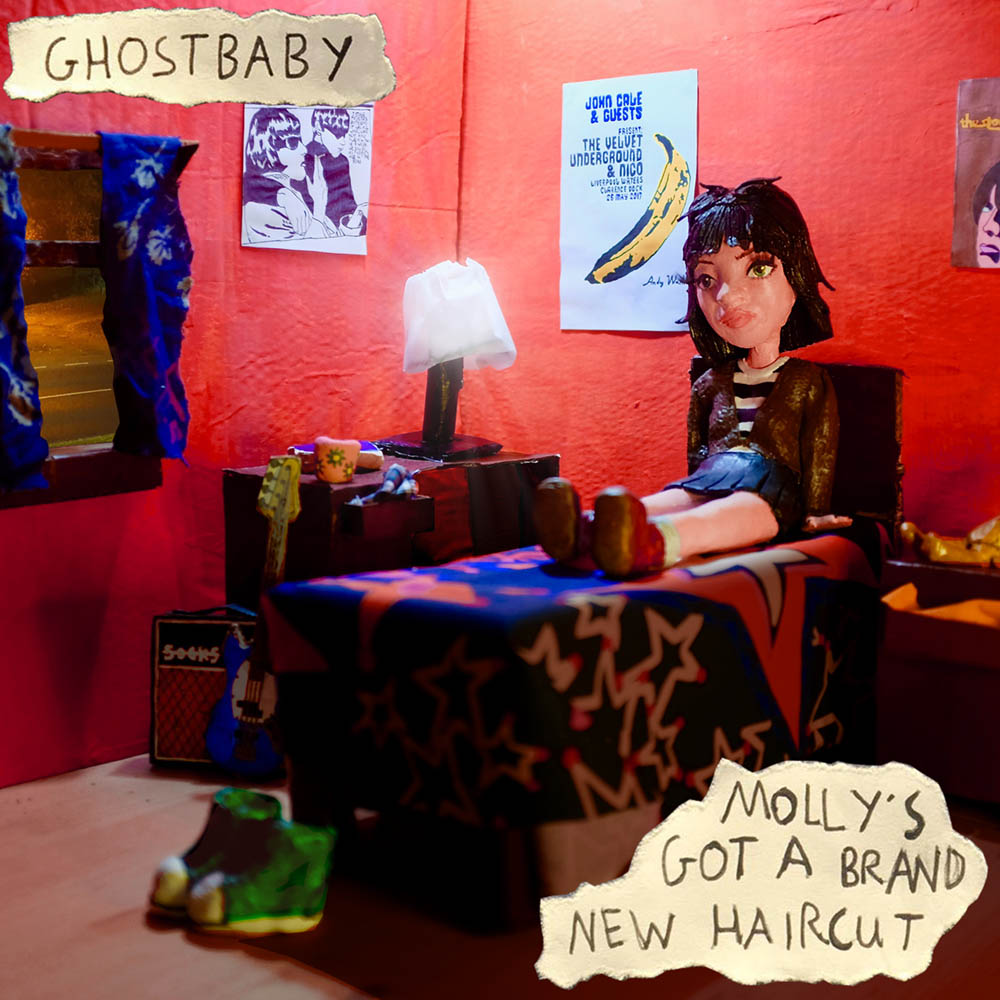 So, if you yourself want to feel like the main character, daydream or just want to listen to a brilliant track, put down Friday 3rd December on the calendar of your shoebox room and kick back with a coffee in your clay mug and get ready for the second coming of Ghostbaby.

Catch Ghostbaby at King Tut’s New Year Revolution in January 2022. Ghostbaby – Molly’s Got a Brand New Haircut can be downloaded from Bandcamp. Listen to the track on Youtube.

Bensider – The Boy Next Door EP