A new Glen Cinema memorial marking one of Scotland’s worst-ever human tragedies has been officially unveiled in Paisley town centre.

A crowd of around 100 people gathered earlier today to commemorate the Glen Cinema disaster of 31 December 1929, which claimed the lives of 71 children and injured more than 30.

There had never been a permanent memorial to the tragedy in the town centre but as part of the 90th anniversary, artists Rachel Lowther and Kerry Stewart were commissioned to work with the local community to create one. 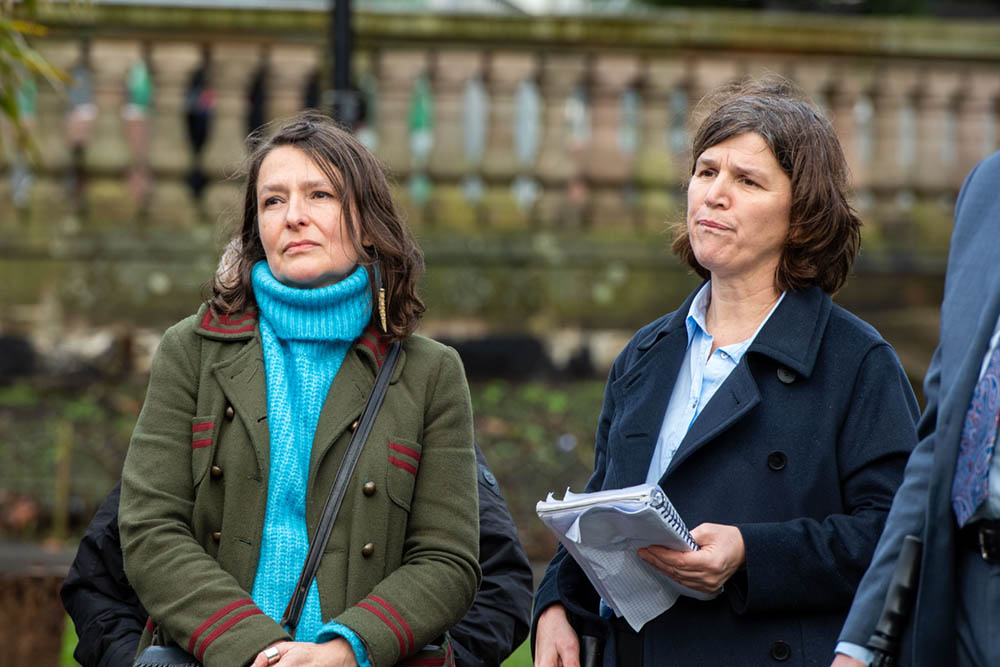 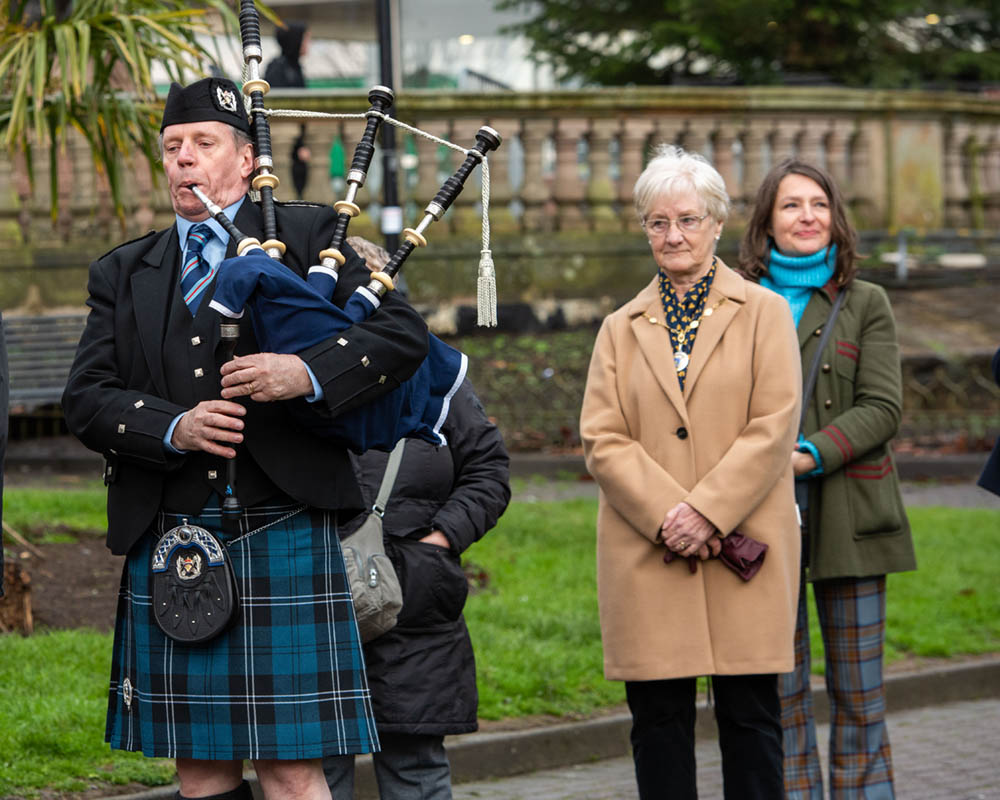 And their statue – called Rattle/Little Mother – has now been installed in the town’s Dunn Square – close to the former cinema site.

Members of the community gathered for a short ceremony earlier today, hosted by Renfrewshire’s Deputy Provost Cathy McEwan, with speeches from the artists and community representatives, followed by a piper’s lament.

The ceremony was attended by the two of the remaining survivors of the disaster – Robert Pope and Emily Brown, and their families.

The tragedy happened when a smoking film canister caused a panic during a packed children’s matinee with more than 600 children present. The metal gates on the main exit doors had been pulled shut, stopping it from opening, leading to a fatal crush.

“The impact on our community was monumental but Paisley people have real strength and pull together in times of need.

“For the first time, we have a place dedicated to the children and families of the Glen Cinema, within sight of the place itself.” 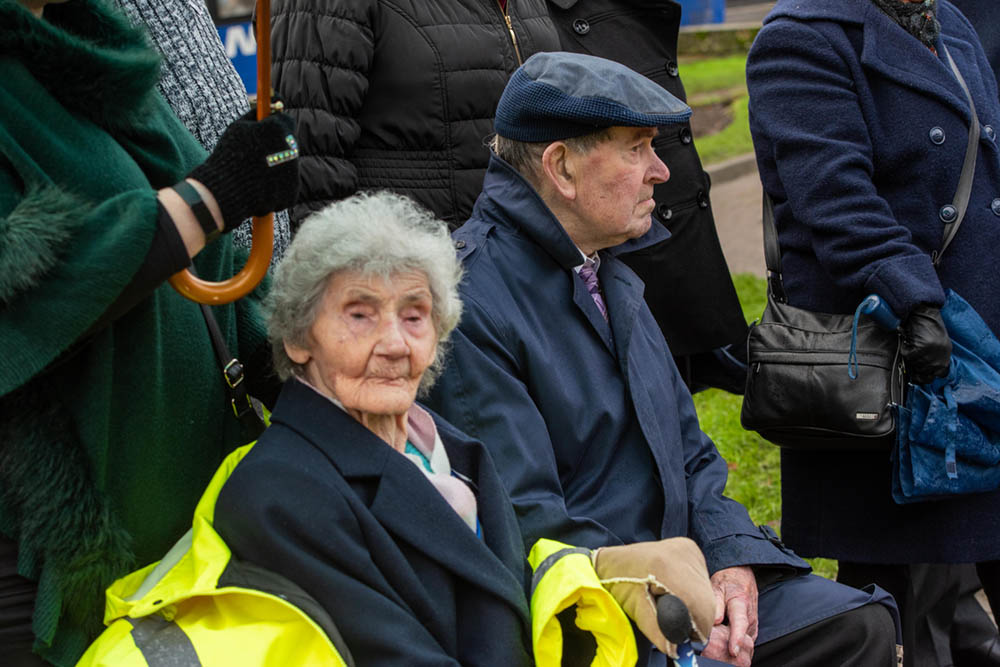 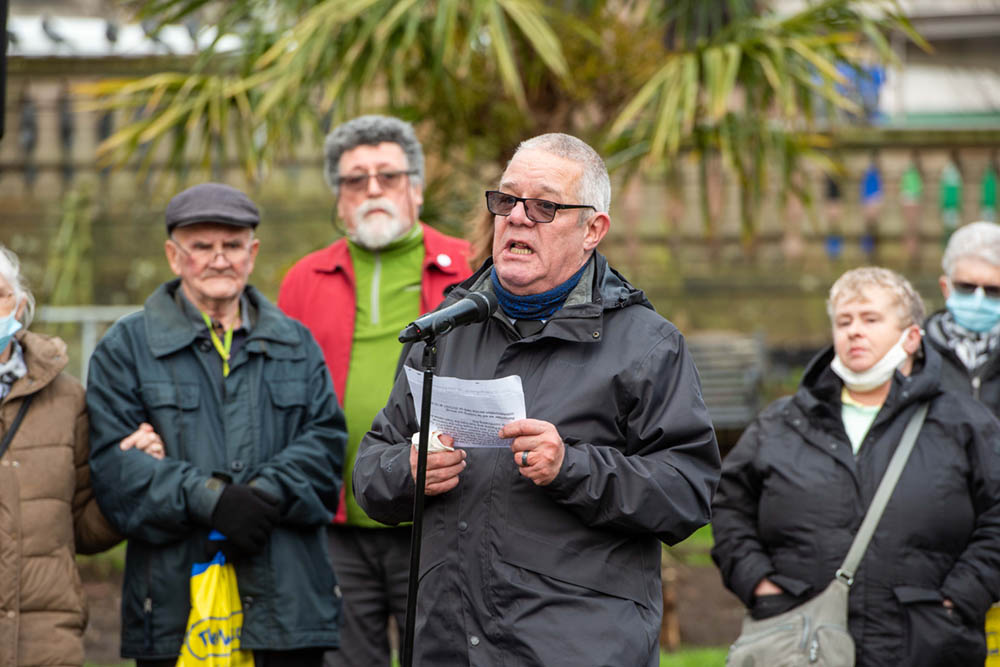 Artists Rachel Lowther and Kerry Stewart both spoke and thanked all involved in the process and Rachel said in her speech: “The Glen Cinema pierced the heart of Paisley and we are very aware of that pain.

“We hope people will come to love the statue but what matters most to us is we did right by Emily and Robert and the families of the Glen Cinema children.”

And Tony Lawler – one of the working group who helped create the memorial – added: “It is important Paisley town centre has a dedicated Glen Cinema memorial to be a focus for the annual commemoration service.

“We will never forget the children of the Glen Cinema…this is a fitting and beautiful memorial and this is their space now.”

To create the memorial, Kerry and Rachel worked with community groups including the STAR Project, Paisley Community Trust, and pupils from Paisley Grammar School.

The memorial was funded by the Rotary Club of Paisley and by Future Paisley – the council-led programme of events and activity using the town’s unique culture and heritage to transform its future.

Publicly accessible defibrillators coming to all schools in Renfrewshire