In the first of a series of revelatory interviews with local proprietors, Gantry’s Jason Smith talks about his fervent support of his fellow independent traders, Paisley’s finest pub grub and the promising future of the town’s nightlife sector.

At every opportunity, you’ve leapt at the chance to champion local enterprise. How did this become such a big part of your approach to being the owner of a local business in your own right?

“There came a stage where you could tell that it was on the up, there were just little seeds that you could see and now, it’s taken it to the next level.

“I want everyone to do well, even other bars and hospitality venues as the more good places there are to go to, the more we not only get rid of that reputation of being a sh*thole, which it isn’t, but it increases the chance of getting people to either come to the town or stay here. So, it’s a win-win.

“There’s no point in me trying to be the best in the world if there’s nothing around me. If you’re sitting with your mates and you say ‘do you want to go out in Paisley?’ And they say ‘where can we go?’ And your reply is ‘Gantry and that’s it’, all they’ll say is why don’t we go to Glasgow instead?

“But if you can say, ‘why don’t we go to the Bull for the football, Gantry for a cocktail and then we’ll go there and finish off here’, that’s a night out. That’s what I want to get involved in and that’s ultimately what everyone wants.”

A lot is made of Paisley’s storied past as a hotspot for nightlife. Would you like to see that recaptured in some form or another?

“Yeah. Even if you go back to my day, Paisley was good on that front. I’m in my 30’s and the town used to be jumping. But when you go back further, you hear all the tales of how good Paisley used to be.

“Shuttle Street was known as Little Soho and people used to get buses from Glasgow to go to the Junction on a Monday night! That’s madness.

“Even when I was growing up, Paisley was a party and you could go out seven days a week. Across the board, everywhere’s struggling with that these days.

“Whether it’ll ever be the way it used to be, who knows? But it’ll certainly be something different and something good.”

Do you think that variety is key in bringing back those golden years?

“Definitely. There’s no point in having ten boozers where you get a Tennents and watch the football or even ten wine bars. All of these things are good and have their place, but there has to be a mix that’ll give us the ability to cater to different people.

“We might go grab a burger somewhere then get a pint, head to Gantry for an old fashioned and then end up in Fantoosh for a rave (laughs). You need that. Everything’s got a market.”

“In a way. I mean, there’s always going to be a place for getting a few drinks then a kebab on the way home, that’s for certain. So, they might not have to, but they definitely should.

“If my mates and I are going out on a proper session, you want to meet somewhere to grab something to eat. It lines the stomach, both literally and socially.

“I’d love to see places springing up where you could just get nibbles late at night, that’s quite common in Glasgow but not so here. Granted, you’re starting to see places keep their kitchen open to 10pm, so that’s ideal.

“The activity shouldn’t just be getting steamin’, you want to get out and socialise and do things you can’t get at home. I can’t get these drinks, I can’t eat this food and I can’t socialise with my friends if i’m in the house. It should all be part of the appeal.”

On the subject of food, where are your go-to places for a meal in the town?

“There’s lots of amazing places, so it really depends what you’re after. I love some good honest pub grub, so my go-to for that is always Bankhouse.

“Full disclosure, I worked there for about 13 years (laughs), but I genuinely think it’s some of the best priced and highest quality food that we have. You get a good feed and it’s all homemade, so I just don’t feel as though it gets enough recognition for that.

“In terms of restaurants, The Little Steakhouse’s stuff is crackin’ and Zambretto is somewhere that I’m loving just now. We always enjoyed it and then we’d kind of just forgotten for a bit. Then, we ended up back in it after the first lockdown and we were like ‘aw wait, this is lovely’.

“I’m in awe of all of them in their own individual ways, it’s great, quality food. The last thing you want is frozen crap thrown in a fryer, because you can do that at home. Proper food is always worth going out for.” 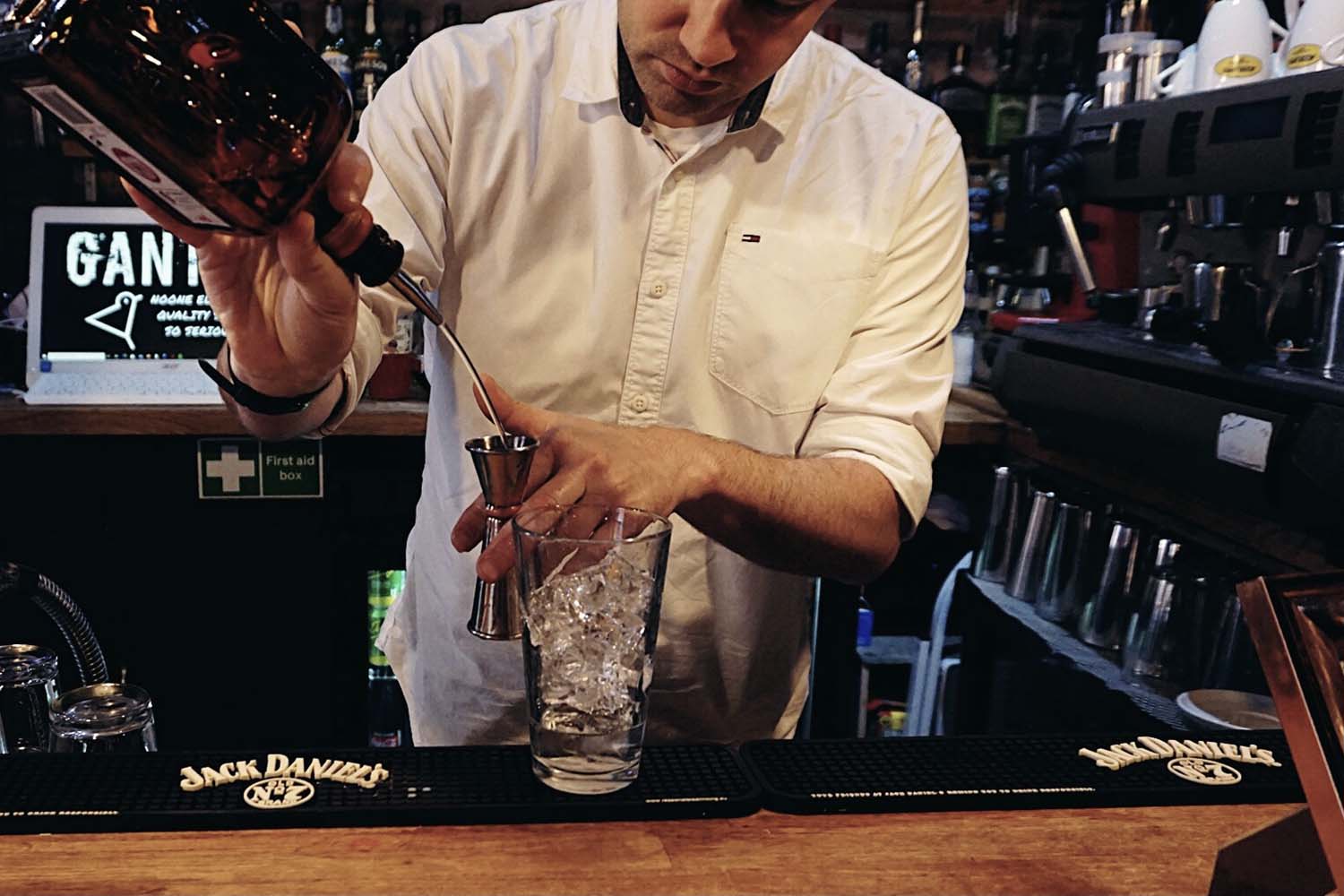 What about when it’s time to head home after a few drinks?

“At the end of the night, I just want chips and cheese. I’m not a fan of spice, so I don’t go for pakora or anything like that. It varies where I am in the town really, Marmaris is my favourite.

“You go in after a night out and the owner is playing all of his techno tunes. They put the salt and vinegar on it before the cheese, you seal it and it’s just perfectly melted by the time that you open it.”

Do you find yourself making use of the independent  retail that we have in town?

“Absolutely, I always try my best to shop local wherever I can, just stopping myself from being an Amazon guy. Paisley is amazing for all of the quirky stuff.

“White Cart Co is great and Ivad is always worth going into as well. You can’t get everything you’d ever need, but it’s best to go in and discover what they have as there’s always wee gems there.

“That’s what people need to realise, we need them to take notice of everything we’ve got here. People think Paisley is sh*te just because we don’t have a Primark, but that’s ultimately no different from any other town in the UK.

“With the online marketplace, these chains are struggling in the big cities, never mind in Paisley. So, you can feel people starting to really love all of these wee shops that we do have, Bailey’s Antiques opening up here is phenomenal as well.

“I love going into places like that, even in the junk shops where everything is just piled up on top of each other (laughs). Bailey’s Antiques has a different appeal, it has so much unique stuff that you just couldn’t get online or anywhere else.”

Do you think people are gravitating towards the idea of independent businesses or considering them in a way that perhaps they hadn’t done in the past?

“Absolutely, I think that’s a national thing in that there’s a real conscious move towards them but you can definitely see it in the town. Plus, once you see a few places popping up, others might see it and think ‘wait a minute, they’ve had the balls to do their thing. Maybe, I could go ahead and do mine.’

“More independents will feed that and allow people to think ‘yep, I’m into that’. It’s the same as having loads of different bars and pubs, it uplifts everyone. It’s an exciting time.”

Do you think that the newfound emphasis on independence instils a real loyalty in clientele? If so, is it something that comes across in how your business works?

“Oh yeah, definitely. It’s always good to see the Wetherspoons haters that say they’ll never step in one of them. But beyond that, you get people who genuinely love to support local and it’s appreciated.

“It means a lot, but at the same time, I want people to come down because they love the service and drinks rather than just ‘aw, we should go and support Jason’. It’s great as I feel that we’ve reached that point where people know who we are and what we offer.” 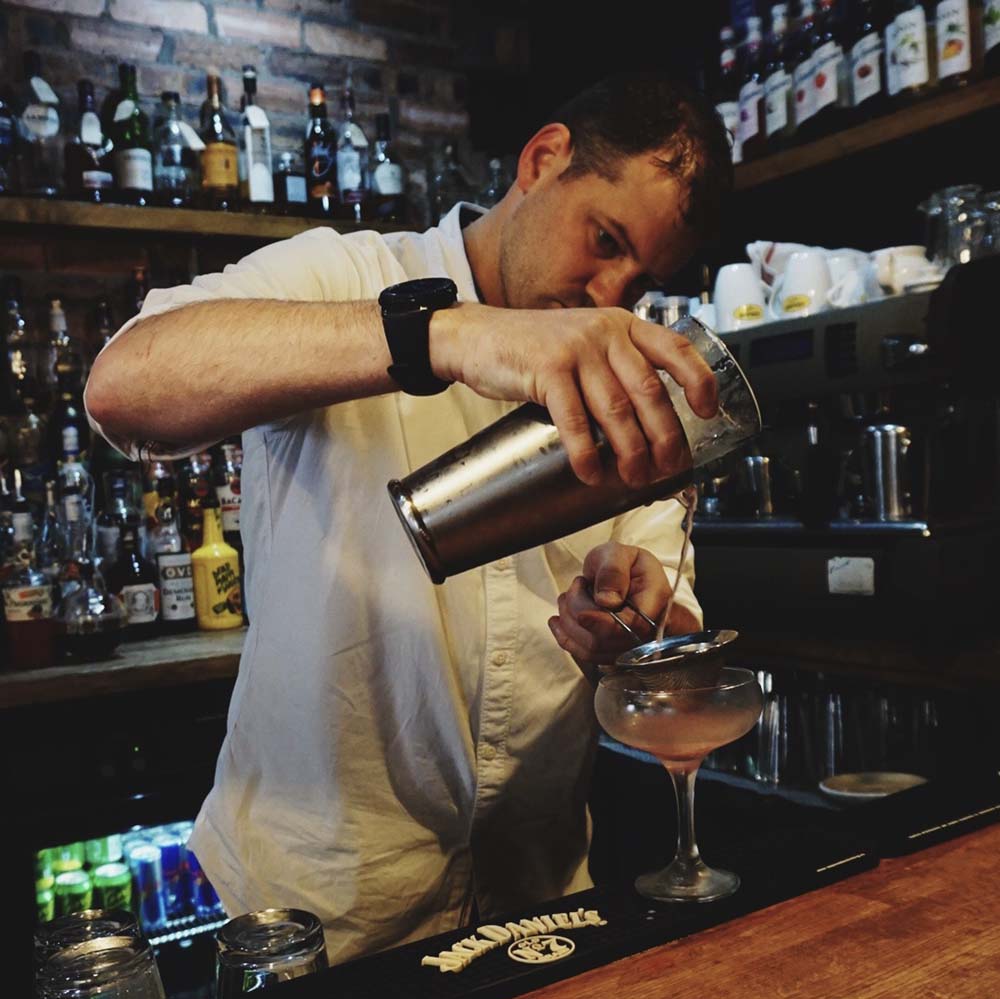 You’ve always been eager to share other businesses’ stuff. Is that becoming more widespread and other people are realising that moving forward as one is best?

“You’d hope so and I think you’re definitely starting to see that coming through. Most of the time, I don’t share things for other pubs, but that’s just business at the end of the day.

“If it’s cafés, shops or takeaways then that’s always no problem. In the same breath, I’ve said it throughout that I do wish the other pubs well and hope they make a good living.

“We might not share things on our social media, but we all help each other in other ways behind the scenes. In the last five or six years, we brought back the Paisley pub watch that had dwindled for a while.

“All these places can help each other. Even when we were shut, we were discussing grants that were available or providing advice. When we’re open, it’s always a quick text into the group to say, ‘can anyone spare a bottle of Cointreau or a keg of Tennents?’, wee things like that.

“We’re all more than happy to help each other, so I’d say that the vast majority of licensed premises – whether it be pubs or restaurants – are all of this belief. We know that we can do our thing and we’re all different, but we ultimately work together to make Paisley better in any way we can.”

Although it’s been incredibly difficult for local businesses, do you think Paisley will rally now that lockdown is beginning to recede and we keep entering lower tiers?

“Completely. Even though we’d been shut for a while, the graft was still increasing and that gave us the opportunity to jump in at a higher level. The momentum hasn’t stopped and we saw that in between lockdowns.

“People are pleased to be back and are eager to support local. There’s more of an appreciation for a community ethos than ever, so people are taking notice of that and wanting to take their custom to those whose values match theirs.

“Plus, there’s been so many people on furlough who’ve been sitting there thinking ‘I actually hate my job, so it’s time for a change’ and that has given them a chance to step up a gear and pursue what they want. There’s a lot of big things coming, I’m looking forward to seeing it and being a part of it.

Keep up with Jason and all things Gantry on Facebook.

Views of communities sought on tackling climate change in Renfrewshire