The Revolution Will Be Digitised

Through Paisley YMCA, Renfrewshire boasts a masterclass in digital youth work. As told to us by the man that spearheaded this change, find out how their inspiring story came together.

In many cases, necessity serves as the mother of invention and for Darran Gillan of Paisley YMCA, this statement rings especially true. Taking over the reins in 2015, the Youth & Programme Development Worker found himself in an unenviable position within a largely dormant branch of the youth movement.

“In order to be a YMCA, there’s a certain standard of quality that you need to be providing. One of those things, funnily enough, is that you should be delivering youth work. Paisley had stopped for quite a long time. I’d been working up in Tollcross, but I’ve lived in Erskine all my life and went to Parkmains high. So, it was an opportunity for me to come back and do something in my own area. I just had to find what shape that would take.”

Faced with resurrecting its presence in the area, Darran noted that there were plenty organisations that dealt with sport and music or hearkened back to the area’s rich artistic or textile history. Through their grassroots interactions with young people, a notable gap in the market begin to emerge.

“We did street work for months on end across Friday and Saturday. We met with a lot of young people around the cenotaph and basically asked them what issues or needs they had. As we started to develop that relationship, we cottoned onto the fact that even when the weather is awful, lots of young people were congregating around McDonalds as it was the only place to access WIFI. At the same time, career evenings indicated that young people weren’t really doing Saturday morning jobs, while surveys revealed an awareness that digital would play a big part in their future prospects.”

Based around these modicums of direction, Darran, along with the teenagers that’d guided him, began to forge ahead with their plan for the future. 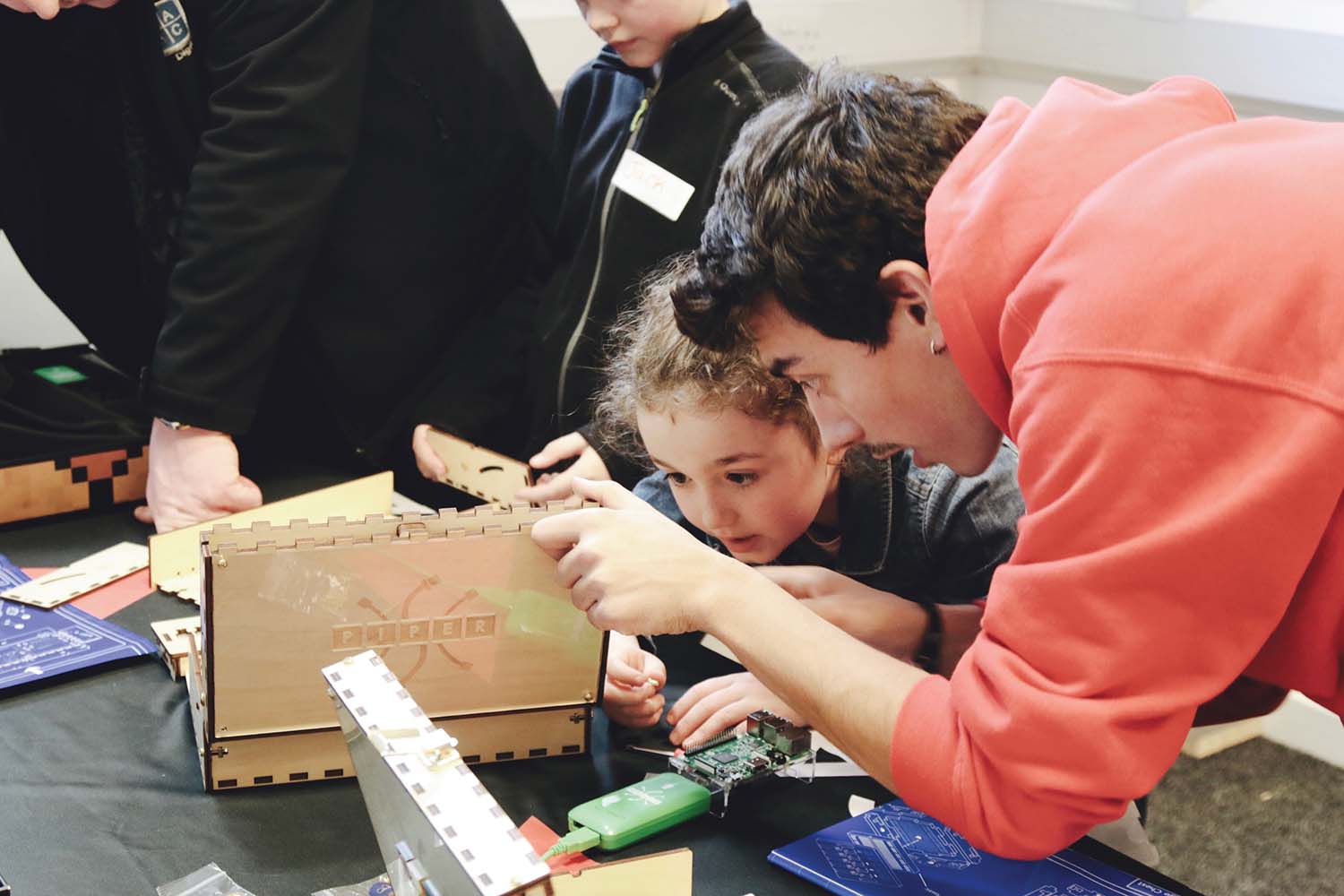 “We realised that there had to be something that we can develop that accounts for young people not doing things like the milk round, generate some income for them and address the emerging digital literary skills gap. With a group of young people that we’d developed a connection with, we devised the ‘I-Enterprise programme’- a mobile digital youth incubation hub that operated from libraries, community centres and church halls.

“When I started, we had no staff, no buildings, no funding and no young people,” he continued. “We had to use all the resources round about us to build this programme. That meant it was the young people from that initial steering group who advised me on what tech to buy. They were the ones telling me to buy things like raspberry pie computers that I’d never heard of.”

Based around the Fintech Scotland model, Darran began not only incentivising young people to engage with the programme, but harnessed skills that they didn’t even know they had.

“We gave young people £500 on a prepaid card. They’d take their concepts and turn them into workable pitches that identified needs in their community or a service that could be monetised. Then, they’d form a team and bring it to fruition over a 12-week project. It was all about learn by doing, rather than read it as theory,” Darran explained. 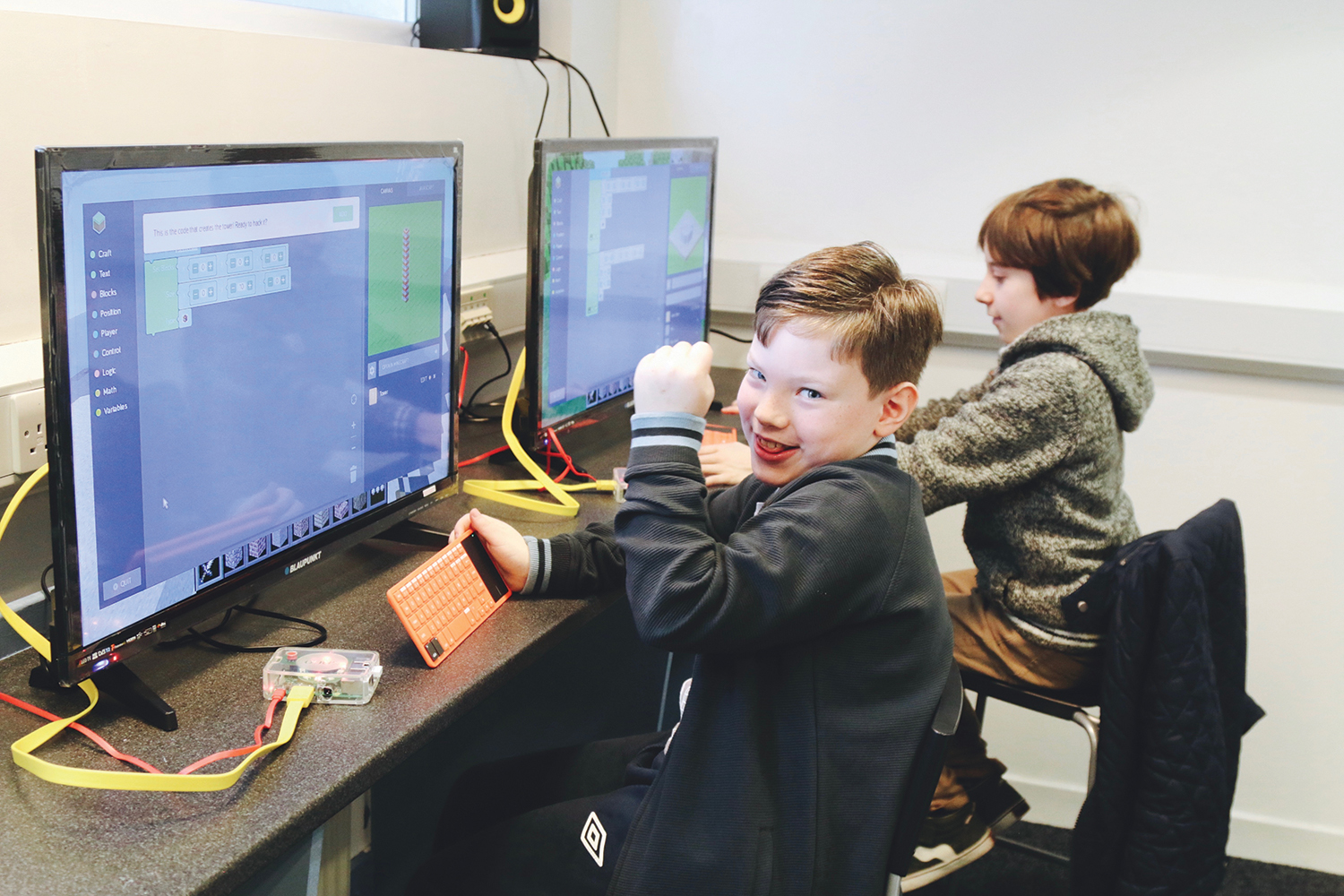 “They came up with catering companies, tech-based companies for girls, a graphics design company and a couple of DJ academies. One of our young people was the second DJ to ever play the Royal Albert Hall alongside a 60-piece orchestra from Wales.”

Taken from a germ of an idea to an empowering infrastructure for Renfrewshire’s young people, Darran admits that they soon became “victims of their own success”. Amid setting up new coder dojo clubs in Renfrewshire Libraries after a fact-finding mission to Finland, he once again boarded a plane and found the missing component during a trip to Singapore.

“We began to learn that what was required was a makerspace. We went to a couple out there and I was completely blown away by the level of production and the young entrepreneurs we met. Age wasn’t a concept, you could be ten-years-old and be making serious money out of it.”

As a result, their headquarters on William Street isn’t just their official premises, but the life-raft that kept this vital resource afloat.

“We spent the best part of eight, nine months looking for a venue that didn’t have ridiculous rent or asbestos issues. The building that we’re in right now is owned by Gary Kerr, the chair of Paisley Community Trust. He’s very passionate about developing initiatives that’ll benefit the people, so he offered us this place for a tiny fee. At that point, it was a case of ‘if you build it, they will come’. Now, we’re a six-day operation. Everything we do now is under the banner of digital STEM – science, technology, engineering and math.”