Now in his 8th decade, John Byrne is still that same man from Ferguslie with ingenuity to spare. Here, we discuss his recent milestones, Renfrewshire’s enduring spirit and much more.

When people from beyond the region’s postcodes, think of Paisley and Renfrewshire, a few things will commonly come to mind. Perhaps they’ve visited for a night out, undertaken a trip in the aid of football fandom or made an excursion through for a show at the town hall or Arts Centre. In certain cases, they may know of Paisley Abbey or have heard the unsubstantiated rumour that a panther stalks its way through the darker recesses of the Glennifer Braes.

When it comes to representing the toast of what we have to offer, John Byrne holds the unique distinction as a living landmark. A totem to what a Paisley-born individual can achieve with enough perseverance and undeterred ambition, John’s career, whether in his primary vocation with paintbrush in hand or through his dalliances with plays and screenwriting, has made him into a revered figure the world over.

Beyond what he represents in the abstract, John remains fiercely proud and interconnected with his background in the town. Corresponding from his home in Edinburgh, the iconic figure spoke to us about his origins, what’s changed, what hasn’t and what advice he’d impart to the new generation of homegrown creatives.

You recently returned to Paisley to mark your 80th birthday at the first annual book fest. How did it feel to return for such a momentous occasion?

I was both happy and delighted to return for the first ever Paisley Book Festival, which was a momentous and happy occasion. Organised by a group of townspeople, it was sold out for its entire run. 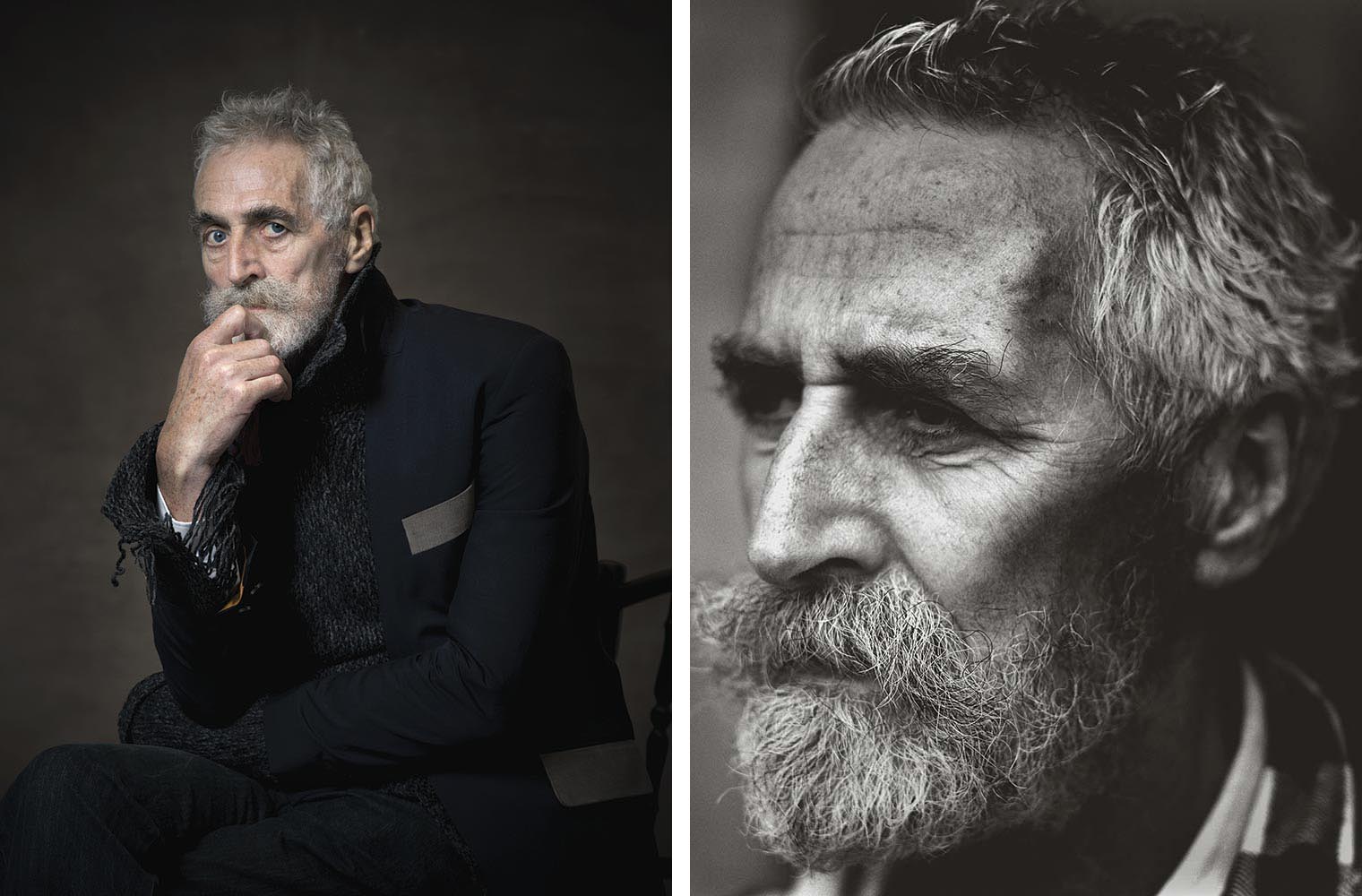 Looking back, is the town inalienable from the one that you grew up in, and is its frequency still the same?

The essence is exactly the same as when I grew up there, only better, what with the museum in the middle of the town being given a monumental makeover!

Hailing from Ferguslie, was embarking on a life of creativity almost a revolutionary act against the expectations of the era or just a case of following your imagination?

Growing up in Ferguslie Park was a great adventure for me. There were seasons for street games, from ‘bools’ to ‘gurs’ plus times for comics, cigarette cards swapping etcetera. All in all, an endless round of entertainment and FUN.

Your new play Underwood Lane will now have its world premiere in June 2021, a year later than was intended due to the Covid-19 pandemic. Like other works such as Tutti Frutti and Your Cheatin’ Heart, it charts the life of a group of aspiring musicians. Has that been the sort of existence that’s always fascinated you?

Yes, as a teenager, I lived through the ‘skiffle’ era. Then, ‘rock ’n’ roll’ came along and, of course, we were armed to the teeth with guitars and books of chords. So, the transition seemed perfectly natural.

“The essence is exactly the same as when I grew up there, only better, what with the museum in the middle of the town being given a monumental makeover!”

Initial reports suggested that the music of Gerry Rafferty would be very much interwoven into the piece. Has that been retained?

I’m afraid I couldn’t get the rights for Gerry’s songs as he had left them to his granddaughter, Celia. By the time the lawyers explained the ins and outs of granting the stage rights, it was too far down the line and so I picked songs from the50s. Thankfully, they turned out to be perfect for it.

You and Gerry were great friends for many years as well as having a unique creative rapport. Now, nine years after his passing, was the plan for you feel to still be working together in a sense?

It did feel like a perfect collaboration at first, but as time went along, I realised I’d have to pick 50s songs for the shows. Otherwise, there was no hope of getting it on anywhere.

Another speculated element of the play is that it will delve into the religious divide that’s plagued Scotland for generations, particularly in the central belt. Do you think it’s an issue that still permeates our nation in the same way today as it did back then?

I was aware that growing up in Paisley, many of your street pals, the one who played ‘kick the can’ with and got beaten at ‘bools’ by, went to different schools than you did but that’s pretty much the way it was. We all accepted that. There was a lot of ‘catcalls’ levelled at guys in your street, but it never came to blows or bottle throwing. I didn’t come across any bigotry in our street at all.

How has the experience of working with a tenured musical director such as Hillary Brooks aided in bringing your vision to life?

I’m very lucky to have Hilary Brooks in our corner. She is a superb MD and is perfect for us as the piece is set in the 50s. 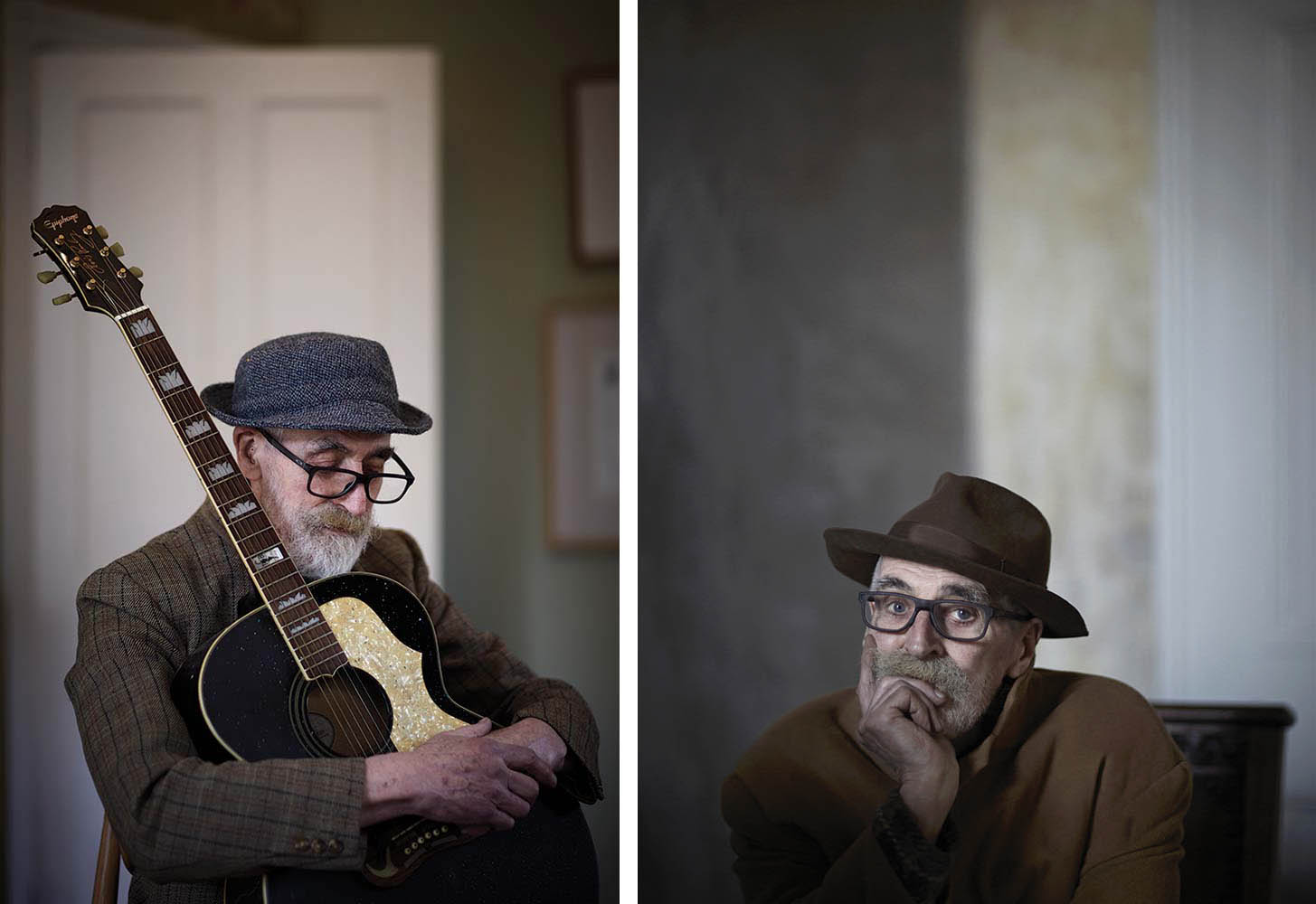 Away from the play, The John Byrne Award is continuing to alter the lives of artists from around the country. Do you feel it’s important to celebrate work that tackles pertinent topics and stimulates discussion?

Yes, it’s very important to know that young people are out to make this a better world and if The John Byrne Award is in any way helpful in bringing this to others’ attention, it will be doing what it set out to achieve.

Your career-spanning Then Till Now exhibition just wrapped up in November. How did it feel to look back upon your work in such an all-encompassing way?

That should be for someone else to answer but I would say that, wouldn’t I? I did recognise ‘favourites’ and ‘milestones’ in the show, not necessarily ‘important’ milestones, except to me, but it’s always enjoyable to give a nod to past work. That said, it’s even more enjoyable to get on with work of the NOW.

Do you have another project on the docket after Underwood Lane or is it a case that the work never stops?

The work never stops, as you suggest. I wouldn’t know what to do with myself if I didn’t pick up a brush and make marks on a canvas, however meagre they might be.

Finally, what, if anything, would you say to a young artist from Paisley that’s perhaps feeling discouraged by the pressures of modern life?

I would say—if anything—to a young budding artist from Paisley, look at the world around you. What do you see? Ah, yes. All the usual things and everyday objects. ‘Familiarity breeds contempt’ is a great saying from my childhood years but I never, ever thought that was true. When you first come into the world, everything is brand new, never seen before by you. This is how you can view the world, with a fresh eye. You’ll be amazed what you have missed in casting a casual look at something, whether simple or complex. If you want to become an artist, you have to shed light on everyday life and objects and switch a bulb on in the viewer’s skull.

This interview was published in Mill issue 10 September/October 2020. 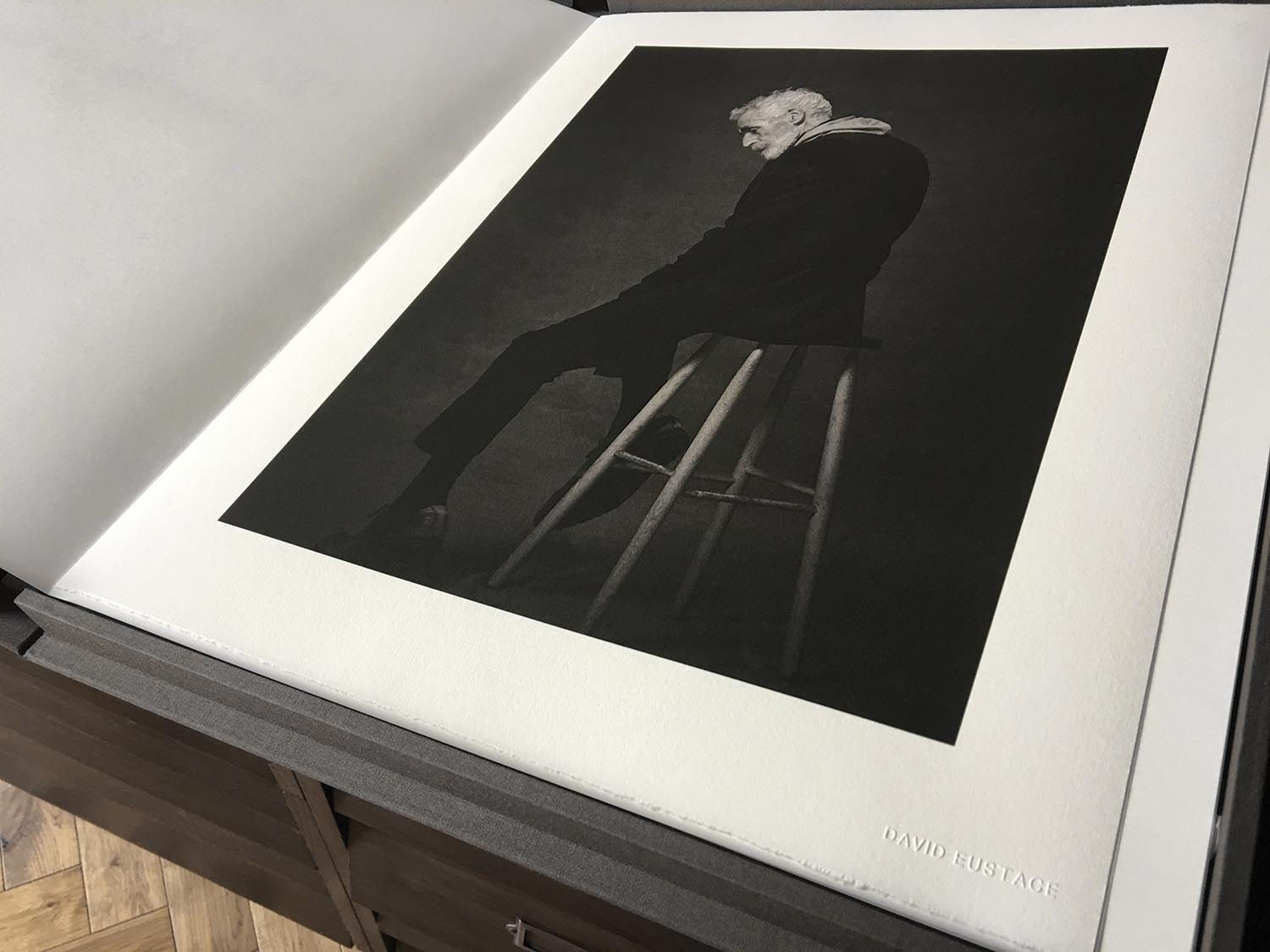 The photos in this piece have been kindly bestowed upon us from the internationally acclaimed David Eustace and his 2019 portfolio Dear John: A Thirty-Year Portrait.

An immensely sentimental project for both subject and photographic artist, there’s no person better suited to capturing the likeness of Paisley’s finest than a man who views John’s faith in him as being of crucial importance during the nascent days of his career. “During that first portrait you were generous enough not only to give of your time but also to make me feel I had total control of the situation, which I hadn’t,” Eustace writes in the accompanying artist’s statement. “Take your time you reassured me. That meant so much to this novice photographer.”

Having purchased a copy on behalf of Renfrewshire Leisure, CEO Victoria Hollows expressed her admiration for this lovingly rendered collection, stating that “not only are the photographs a stunning selection of John Byrne portraits, they are the perfect way to represent and celebrate John, a hugely loved and respected figure in Paisley, and who is in turn a great supporter of his hometown. We look forward to showcasing this exciting portfolio.”

Chronicling their shared time together as collaborators and compatriots, the collection is a testament to not only the beauty that comes from familiarity, but the magic that can arise when the person behind the lens has an innate understanding of his sitter. Three decades in the making, these images capture the subtle gravitas and effortless cool of the artist, writer and playwright like no other.

The Revolution Will Be Digitised