An award-winning jazz musician and dedicated community activist, Evelyn Laurie is one of Paisley’s most prominent creative figures.

What inspired you to start the #PositivePaisley campaign?

I’m a Paisley buddy, but I’ve lived and studied elsewhere. When I moved back to Renfrewshire in 2010, I was quite dismayed at the way Paisley had become so down in the mouth. The town I’d known was once vibrant and optimistic. In 2011, I came out of the Abbey and the sun was shining. I tweeted, “Doesn’t Paisley look lovely in the sunshine? When did you last visit?” with the hashtag #PositivePaisley. Lots of people retweeted and commented. It seemed like I’d tapped into a huge well of positive feeling for the town. A movement was accidentally born! This was before the council adopted its culture-led strategy, and I like to think we played some small part in pioneering that.

I set that up because there was very little support for freelance people involved in the local creative sectors. They can feel isolated, they lose motivation, confidence and have difficulty in identifying opportunities and deriving income from their art. I got a few of us together just to share experiences and it grew from there. We now have around 130 members from all creative disciplines throughout Renfrewshire. 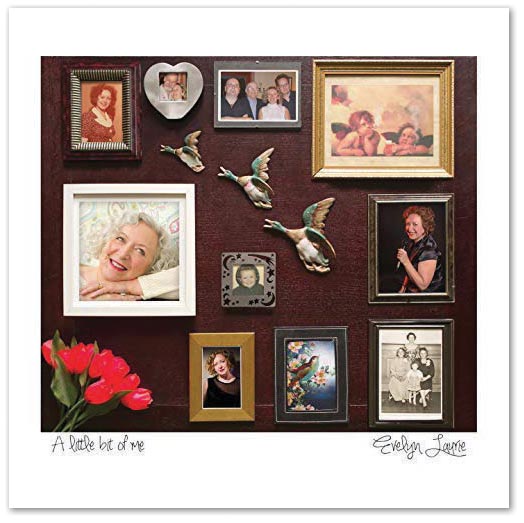 How did you begin you career in music?

For many years I sang only in choirs until I attended a jazz vocal workshop run by Fionna Duncan, Scotland’s jazz grandmummy. That’s where I was able to find my own voice. I then sang at open mics, then little gigs, then bigger gigs. My music career went largely on hold while I was getting more involved as a community activist, but last year I recorded my first album with some of Scotland’s best jazz musicians. I managed to get some of my own compositions on there too.

I’ve had many achievements in my professional career, and I was of course delighted to win the Provost’s Community Award for Arts and Culture in 2018, but now that I’m focusing on music I’m really proud of how it’s been received. It won Jazz Album of the Year from Lincoln City Radio, reached number 14 on Amazon’s Jazz Chart, and one song was shortlisted in an international song-writing competition. There’s a great music scene here in Paisley, with lots of support going into helping young songwriters and musicians. I’d like to see more jazz, though, and maybe some support for older musicians!

Evelyn’s album A Little Bit of Me is available to buy on CD from her website and White Cart Company, Paisley, and as a download from iTunes and Amazon. This interview was published in Mill issue 4, March/April 2019.

Lochwinnoch Takes It All