A husband and wife team are putting Paisley on the map with a hot dose of Latin American passion.

Now in its third year, the Paisley International Tango Festival is currently the only event of its kind in Scotland. It’s the brainchild of Drew and Taryn Moir, who also host lessons and events throughout the year. Thanks to their expert efforts, Renfrewshire now has a thriving tango community.

This year’s festival boasts acclaimed professional dancers from around the world, an eight-piece Argentine tango orchestra and three fun social events known within the trade as milongas. We spoke to Drew to find out more.

How did you get involved in tango?

Myself and my wife have danced socially for about ten years. We eventually went to teachers all around the world – last year we trained for a month in Buenos Aires. We weren’t planning on teaching but the demand was there in Paisley.

How did the festival come about?

Paisley was going into the competition for 2021 and I thought, ‘What better way to get involved in culture than with an international dance festival?’ The first year we had visitors from all around the world. That was a bit of a shock for us, as we didn’t know how big or small it would be. I now get approached at least once a month from international professionals wanting to come here. On an average Saturday night we’ll have over 250 people, most of them from outside Paisley.

Has the success of shows such as Strictly Come Dancing changed attitudes towards dance?

I think it’s opened the doors for more guys to come dancing. With Argentine tango it’s not as flowery as some other dances. I’m a typical west coast of Scotland guy, shaking hands is a bit tactile for us. At first you might look at the tango and think, ‘Oh wow, that’s outside my remit, that’s culturally not acceptable.’ I worked in a garage, a guy born and bred in Govan and Ibrox, so for me it was quite a big step – but it’s the best thing I’ve ever done in my life. Now because of Strictly more guys are taking that step. Everyone says they’ve got two left feet, but that’s why you go to lessons. 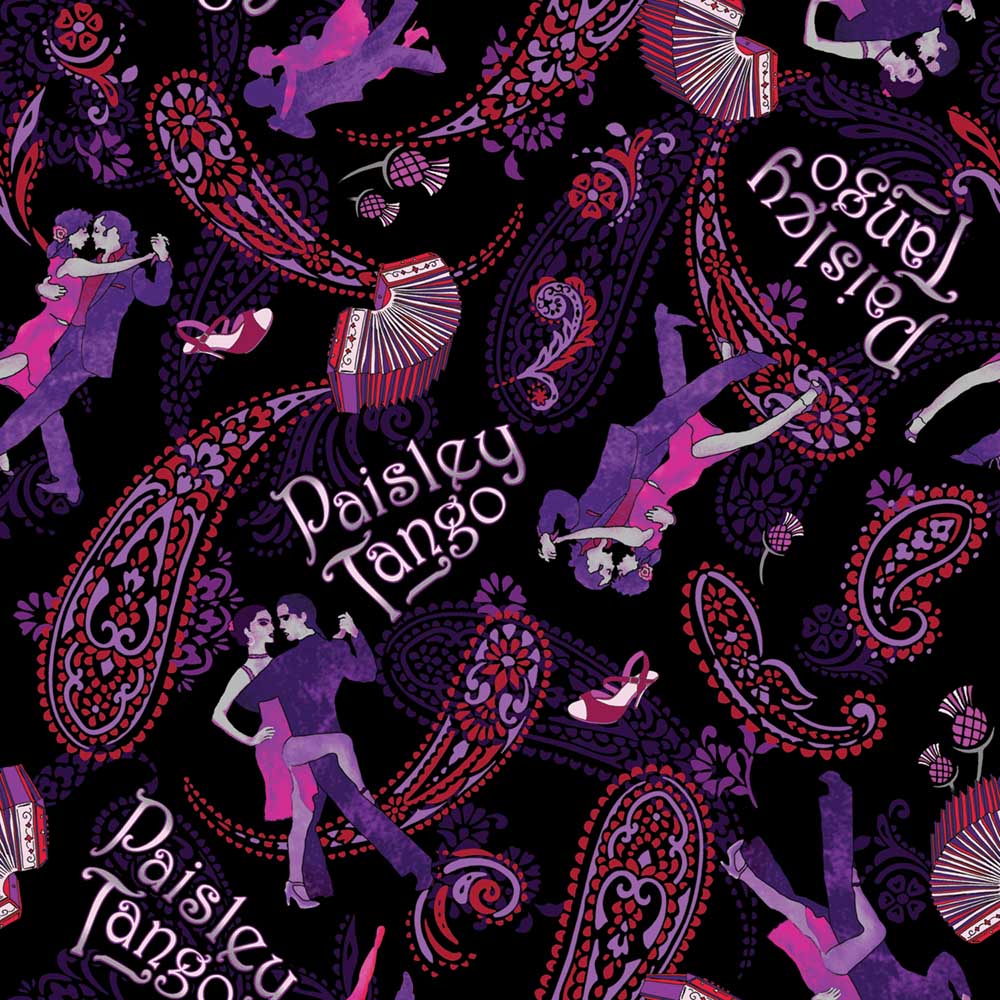 Is it true you have your own Paisley pattern based on one worn by a wax figurine of Prince?

Yes. It had white doves, guitars, all these symbols. I found the designer, Patrick Moriarty, and he’s created a Paisley Tango paisley pattern for us!

For more information on Paisley Tango, visit their website. This feature was published in Mill issue 6 July/August 2019.