18 years into his career, Mill caught up with David to discuss his songwriting endeavours, working with mega-stars and his ‘no pressure’ return to the realm of artistry.

Over the course of a whirlwind six months, David Sneddon arguably became Renfrewshire’s most famous export next to the Paisley pattern itself.

A fixture on TV screens as the winner of the inaugural season of Fame Academy, the then 23-year-old parlayed his newfound fame into a number one single and gold-certified album in 2003. Then, as though it were some collective hallucination, he vanished from public view.

Yet rather than abandoning his dreams, the talented young man opted to segue from performing to a behind-the-scenes role as a songwriter to both established stars and aspiring prospects.

But no matter the artist, he insists that the process is unchanged.

“Just talking and getting stories out of people is about 50% of the job,” he relayed. “Whether it’s a 17-18 year old or some mega-star that’s been doing it for years, you write a better song if you know someone.

“It’s been ten years getting to where I am now, but it feels like it gets bigger all the time. Recently, I’ve been working with Gabrielle Aplin and I’ve got some stuff coming with Rag & Bone Man so it’s such a nice collection of really talented people and I’ve somehow navigated it (laughs).

“My mates back home always say ‘you don’t have a real job’, but it can be really hard.”

On the subject of his native land, David admits that although he’s resided in London out of professional necessity, his heart is “very much still in Paisley.”

“I suppose I always knew that I might need to leave, as I’d been living in Glasgow before coming down to London. Even then, I never thought it’d be a permanent move. I’ve been down here since 2003 and I still always find myself saying ‘I’m going back home’ when I visit.

“For the first five years, I found London really hard and considered coming back, particularly when all my pals started having families and moving to Kilbarchan, Bridge of Weir and all those places.

“As it turned out, the more I wanted to go home, the more the work started to come in. I think it’s still on the cards eventually,” he beamed. 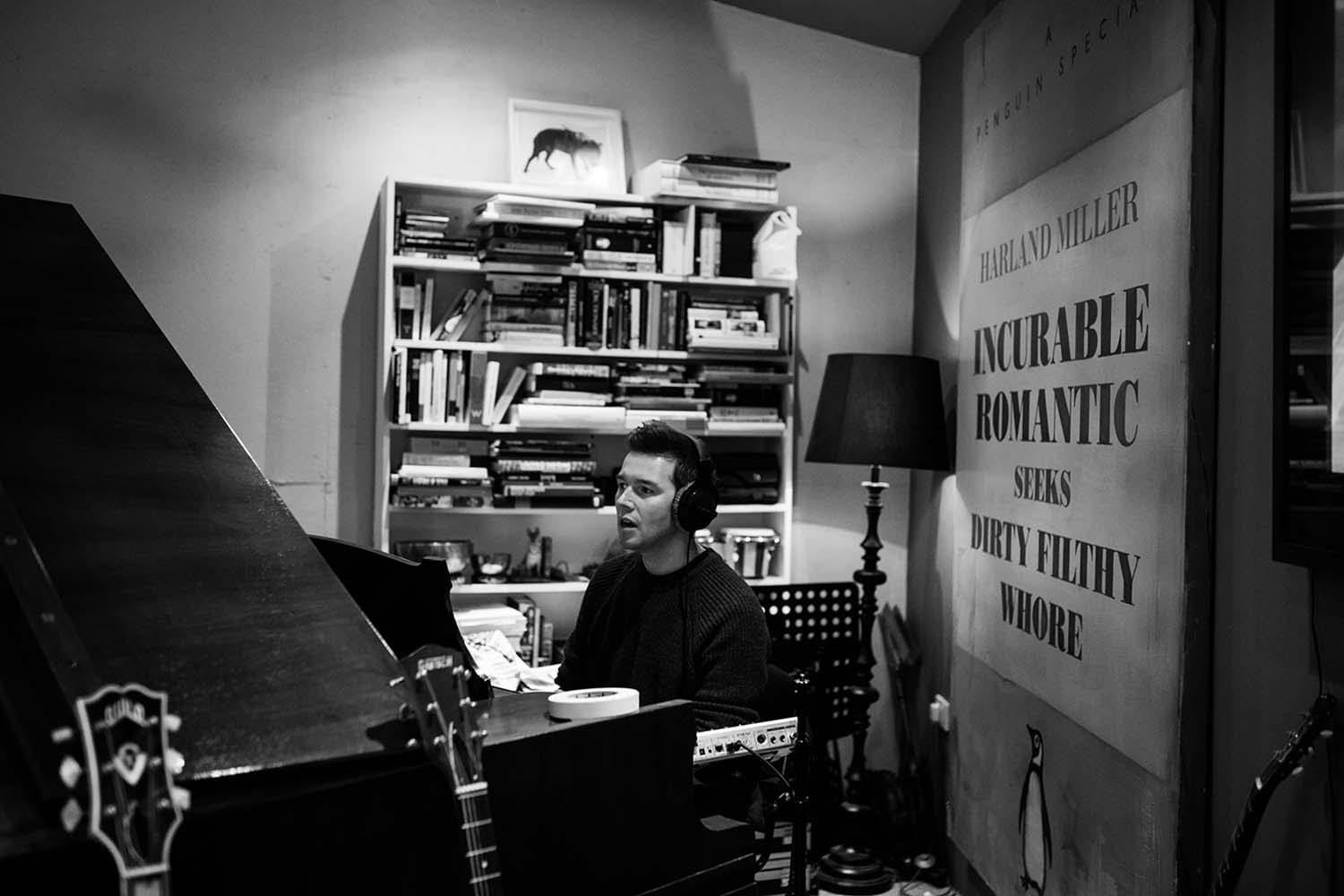 As touched upon earlier, David’s initial notoriety came from the often maligned world of the primetime talent show. But where many alumni have failed to outrun the hulking shadow of these televised goliaths, David’s instinctual knack for songwriting allowed him to seize the narrative of his own career.

“I think I was 23 when I did that show and I’d tried a lot of stuff by that point. I’d been in bands and dabbled with all these other ideas of ‘what am I going to do with my life?’ I think I was lucky that a couple of times, I just sat down and played the piano,” David recalled.

“When I won the show, the label was very much like ‘we’re making you a popstar, you look and sound like one.’ Then about six months in when I was like ‘I hate this and I don’t want to do it’.

“My publisher said ‘well, have you thought about writing for other people?’ Obviously, there’d been a big mythology about how I’d written [David’s number one single] Stop Living The Lie at 16 while skiving in the Bridge Café near Gleniffer High School.

“So, I think the fact that I was the only person from one of those shows to write their own winner’s song allowed me to slowly transition into songwriting.

“Don’t get me wrong, a lot of people wouldn’t take me seriously and thought ‘you’re just that wee guy off the telly’ (laughs). It took me a while and it was a real slog, but I stuck at it and I think that helped me to build credibility.”

As David alluded to, his transformation from Fame Academy winner to pedigreed songwriter didn’t happen overnight. Hellbent on succeeding at any cost and with his intangible flair for melody in tow, the Paisley-born artist kept “chipping away at it” for six arduous years. 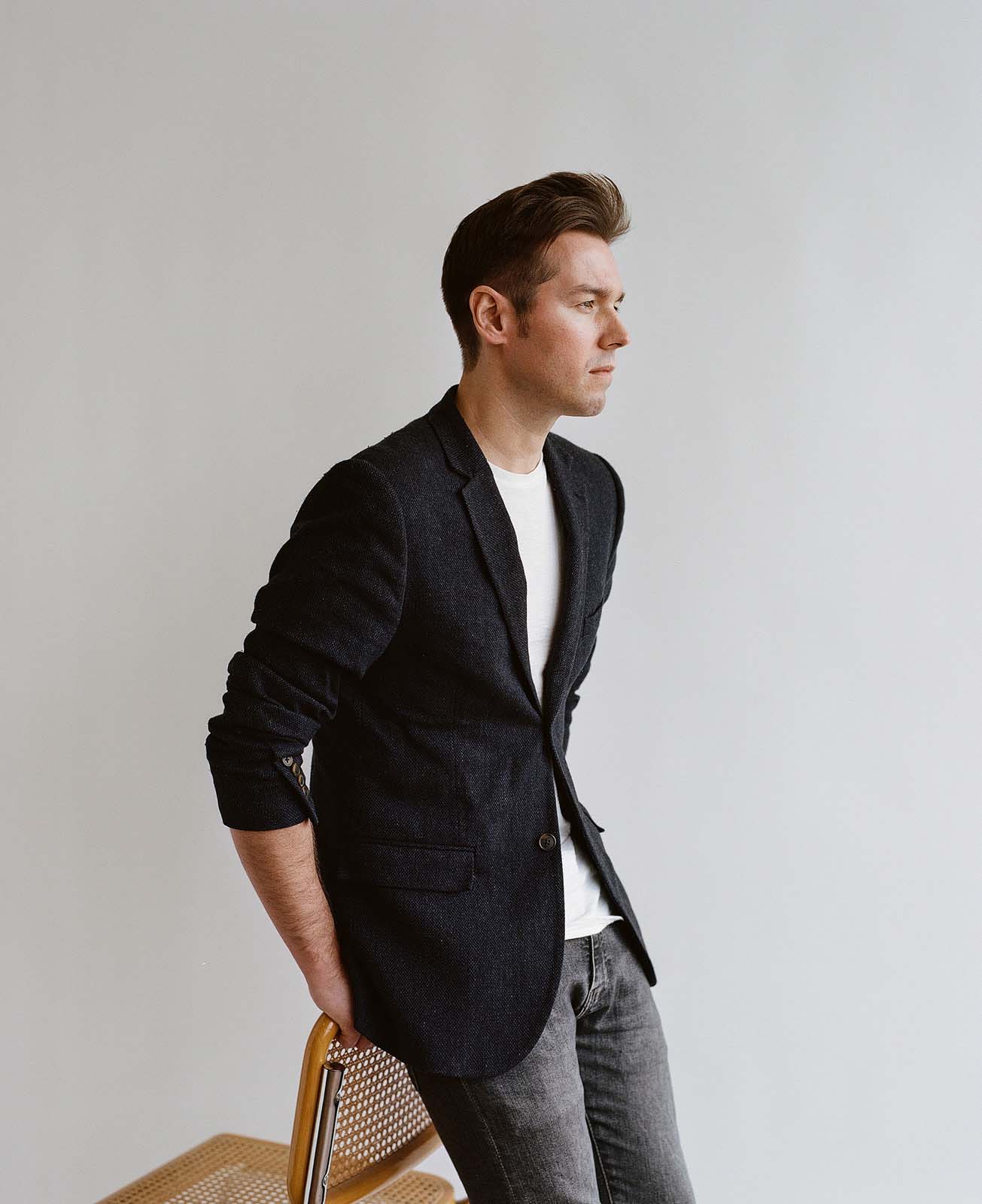 “If for some bizarre reason that people want to hear a 42 year old singing about his kids or if it led to live shows, I’ll go with it”

But suddenly, finding himself in the orbit of two culture-altering artists helped tip the scales in his favour and set a new course for critical acclaim.

“There wasn’t one particular song, but people’s perception began to shift. [English synth-pop duo] Hurts were really cool and were all over the BBC. At the same time, you had Lana [Del Rey] kicking off.

“It’s funny, publications like NME that would’ve thought Fame Academy was the f*****g antichrist spotted my name on these records and were like ‘wait, is that the same guy?’ So, suddenly, my management was bombarded with interview requests (laughs).

“I can specifically remember thinking, ‘well, there’s the change’. The year after Lana released [debut album] Born To Die, I was at T in the Park with my mates and the crowd went mental when she burst into National Anthem. I was standing there thinking ‘well, this is pretty cool’, I wrote that!”

Eager to accredit much of his success to a case of right place, right time, David went on to discuss how he serendipitously found himself in the orbit of a budding songwriter from Bathgate.

“I sat and had a pint with Lewis [Capaldi] and talked football before I’d even heard him sing,” he revealed. “I just liked him instantly, so I said ‘let’s go write something and see.’

“That day, we ended up writing Something Borrowed and as he got on the mic, I remember being like ‘Jesus Christ’. Sometimes you get the feeling that you’re witnessing something special and that was one of those.

“It’s always fun working with fellow Scots,” Sneddon continued, citing Edinburgh’s Callum Beattie as another homegrown up-and-comer to watch. “You find yourself bonding, there’s no getting away from it.”
Freed from the unwavering glare of the spotlight, David’s career has gone from strength to strength and now, 18 years after his debut, he’s planning to release a sophomore album. 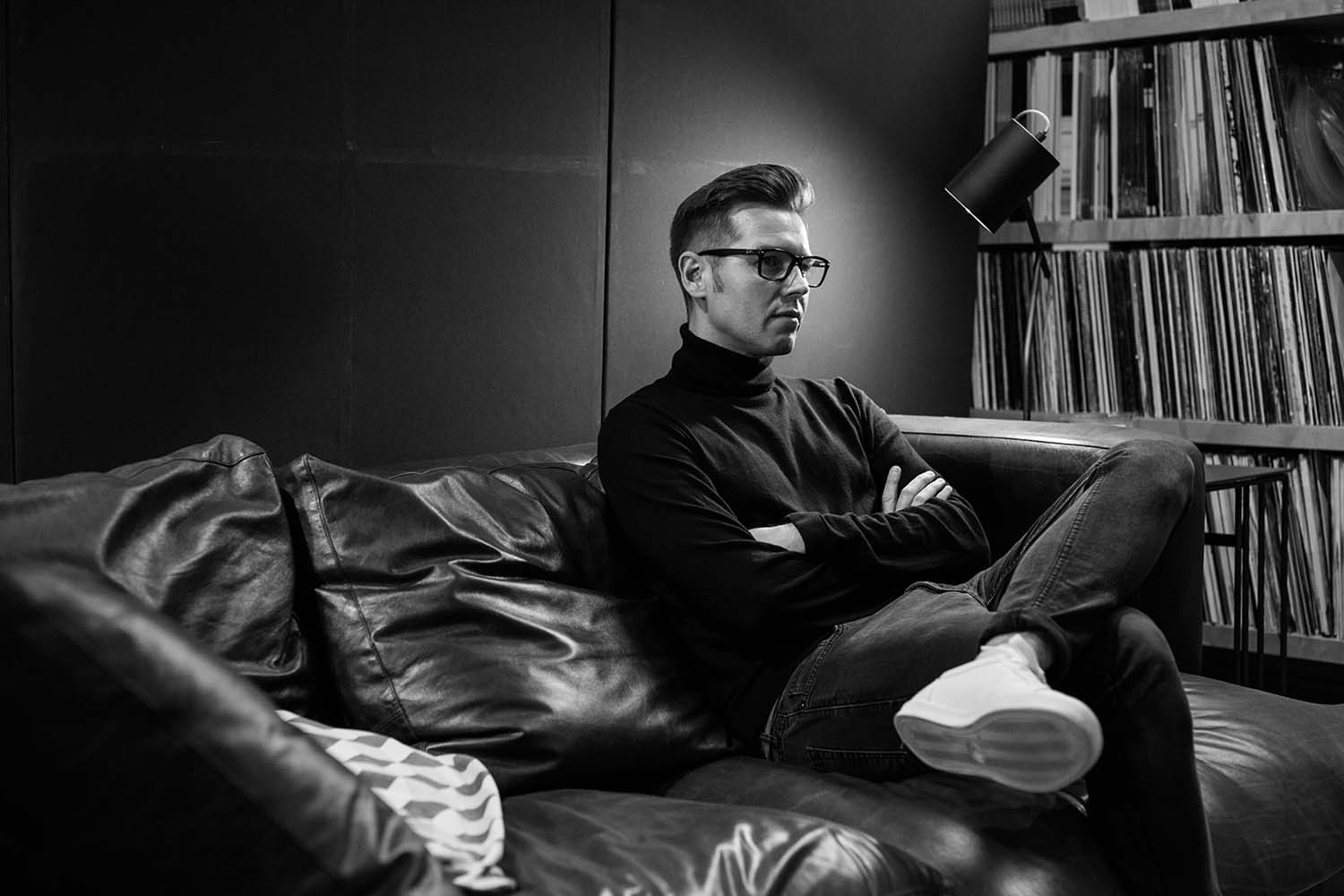 Except this time, it not only came about organically, but he’s strictly doing things on his terms.

“I know this sounds weird, but I haven’t written a song for myself for 13 or 14 years. Then, when my wee boy arrived in 2016, I was sitting at the piano working on something for Mika and this song about the night he was born, five weeks premature, came out.

“I started writing it very quickly and it was all autobiographical, so I realised ‘I cannae give this to Mika’ (laughs). So, I played it to my wife and then my manager who said ‘it’s brilliant, but what are you going to do with it?’

“Even at this point, I genuinely hadn’t thought ‘I’m going to record it.’ It was like a switch and over the space of the next five days, I wrote all these deeply personal songs.

“This isn’t the David Sneddon comeback,” he comically asserted. “I just want to make a record, no pressure. If I released it and my mum and dad plus a few of my mates listened to it, then I’d be quite happy (laughs).

“If for some bizarre reason people want to hear a 42-year-old singing about his kids or if it led to live shows, I’ll go with it (laughs).”

Although you’re likely familiar with his 2003 number one single Stop Living The Lie, David’s songwriting prowess has been pivotal in crafting iconic songs while staying out of the limelight.

Lewis Capaldi Lost On You

Mika All She Wants

Keep up with David Sneddon via Instagram @davidsneddonmusic. Thanks to Emma Case for the brilliant photos, you can view her work here.