“My family were very spiritual,” reveals Robert Watson, proprietor of Aquarius Crystals & Gifts in Paisley. “My aunt was a seer and she was well-known for having second sight. A lot of that relates to what the business is about, although we don’t sell that service to the public.”

Robert’s interest in crystals and geology has been a lifelong pursuit. “My mother’s family grew up in the Western Isles,” he reveals, “where the stones our house was built from were three billion years old, the same rock that the world famous Callanish Stones are made from. So it’s in the blood.

“I’ve always collected stones from whatever part of the world I’ve visited. Normal people would bring back maybe a stick of rock or a sombrero, I’ve always brought stones home.”

When the shop opened in 1989, as Scotmed, it was a conventional medical business supplying products such as wheelchairs to the public. A few years ago, however, Robert gradually introduced crystals into their stock. “That’s now taken over the whole shop.” 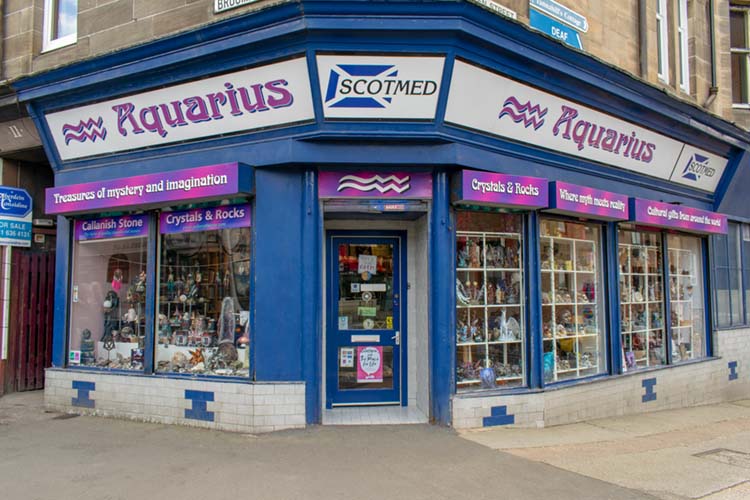 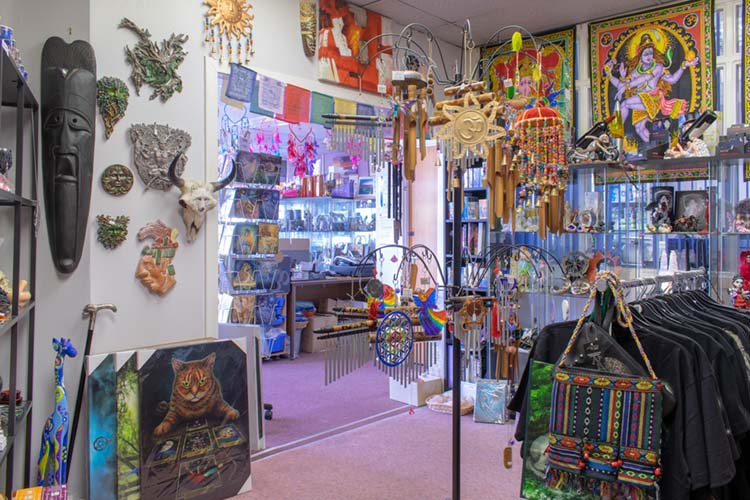 So what does it provide for alternative-minded customers? “Everyone here is trained in crystals,” he explains. “We’re one of the largest suppliers of crystals in the west of Scotland. We purchase from all over the world, from the Outer Hebrides to the mines of Brazil.

“We also stock some of the oldest rocks in the world, and from other worlds. We have petrified trees and even a tiny piece of meteorite from Mars, things people have never seen in their lives. The other side of the business is a bit more fun, we have dragons, skulls and Game of Thrones items.”

Robert is quick to point out that all are welcome at Aquarius, regardless of religion or faith. “We have a very eclectic mix covering all sorts of things,” he says. “We’re not here to decide what’s right for people to believe or not, we give them access to a huge selection of very unusual products. We cater for Buddhists, Hindus, Witches, Druids, Christians, you name it.”

Does Renfrewshire have a thriving witch community? “We don’t ask people what they are when they come into the shop,” he states. “It would be incorrect to go down that road, but as far as I’m aware Paisley is quite renowned for the Paisley witches, both historically and for the annual march through the town.

“On our doorstep is the Gallow Green where the witches were actually executed. It’s literally half a dozen steps away from the shop.” 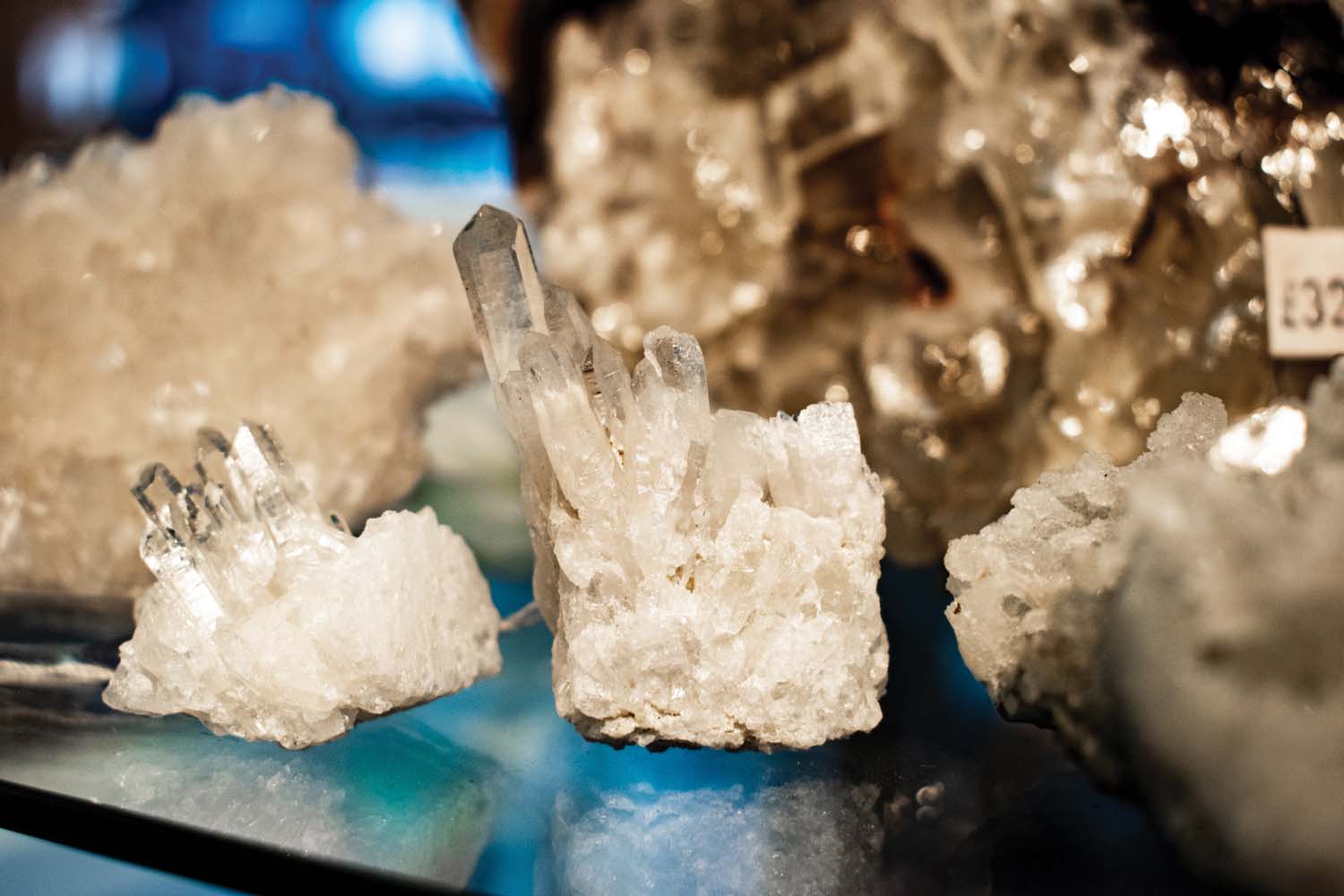 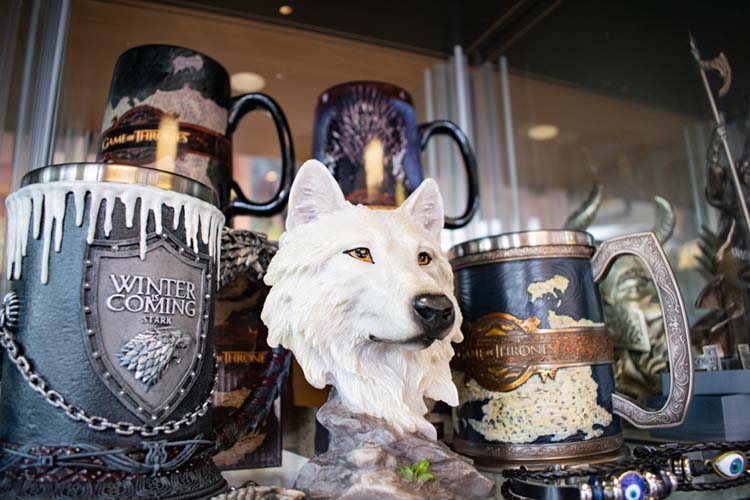 Isn’t that a remarkable coincidence? “You could say life is a coincidence in that case!” he smiles. “We didn’t choose to be here and we didn’t buy the shop knowing that at the time. It’s just that these things are meant to be.”

Aquarius is also home to several bespoke pieces of art. “We have paintings by local artists and a lot of handmade pottery,” explains Robert. “We have a policy of trying to purchase locally where we can, but the law now prevents us from doing that.

“There was a day when we could buy soaps and lotions and potions from local people, but I’m afraid trading standards would come down rather heavily on us if we did something like that now.”

In the spirit of keeping things local, the shop’s outside shutters bear a striking design by the Paisley artist Mark Worst, whose work is a familiar sight around town. “He’s the guy that’s done all the artwork for the tenements in Paisley,” says Robert. “Mark actually approached us, he wanted to do it because he’s also a customer. The place probably looks better when it’s closed than it does when it’s open!”

While he is aware that alternative healing products of the type sold at Aquarius can sometimes invite scepticism, Robert claims to have noticed their instantly uplifting effect on customers. “People come into the shop and they become quite emotional because the crystals have a really strong presence.

“It effects people without them realising it. They come in thinking it’s all a load of nonsense and within five minutes they’re telling me their life story. People don’t do that when they go into Asda to do their shopping.”