The event is one of the world’s oldest workers’ festivals and celebrates the famous victory of Paisley’s weavers in a 19th century industrial dispute.

The fun began with the popular Sma’ Shot parade – featuring colourful performers, floats and costumes led by the Charleston Drum – which made its way from Brodie Park to the town centre.


Once it arrived at the main event site at Abbey Close and Bridge Street, visitors were treated to a performance from local dance group right2dance and the traditional Burning of the Cork – a highlight of the Sma’ Shot Day celebrations.

The pyrotechnic Burning of the Cork display featured an effigy of one of the middlemen who demanded payment from the town’s weavers for the Sma’ Shot – the unseen thread which held together the Paisley patterned shawls. 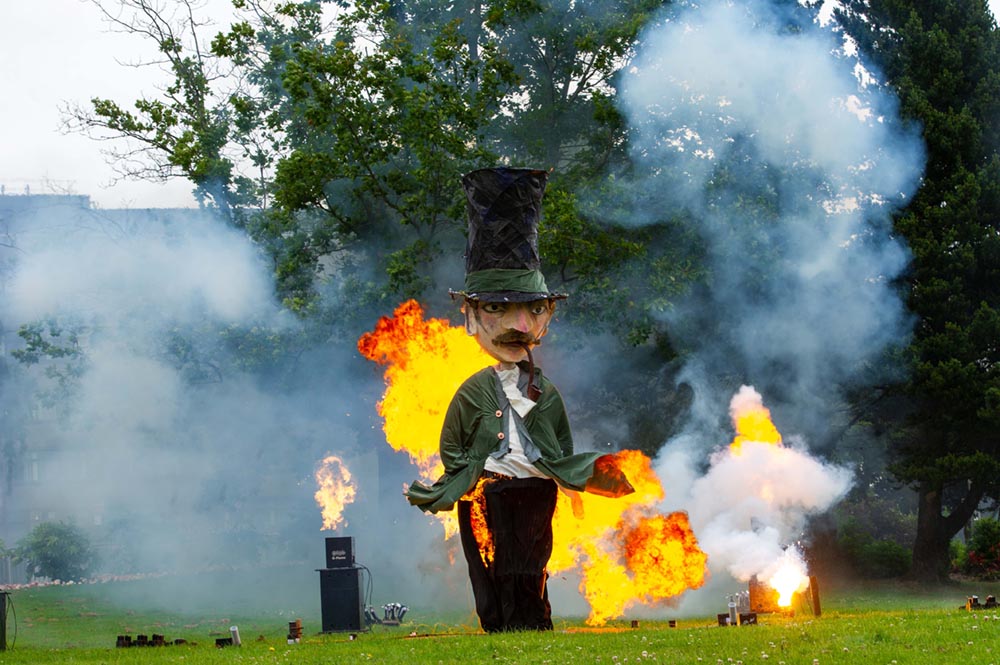 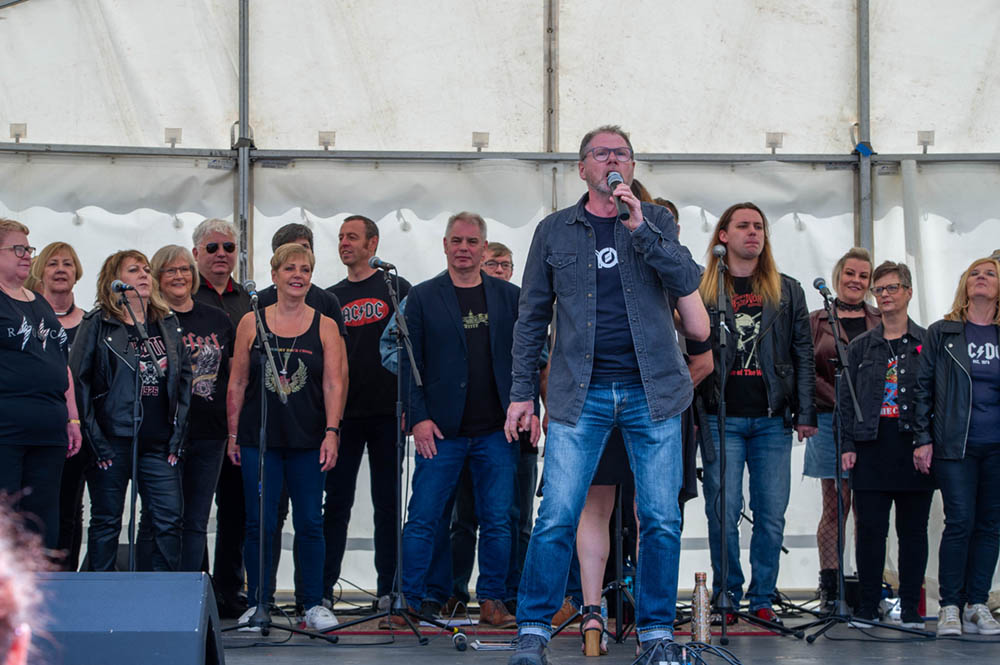 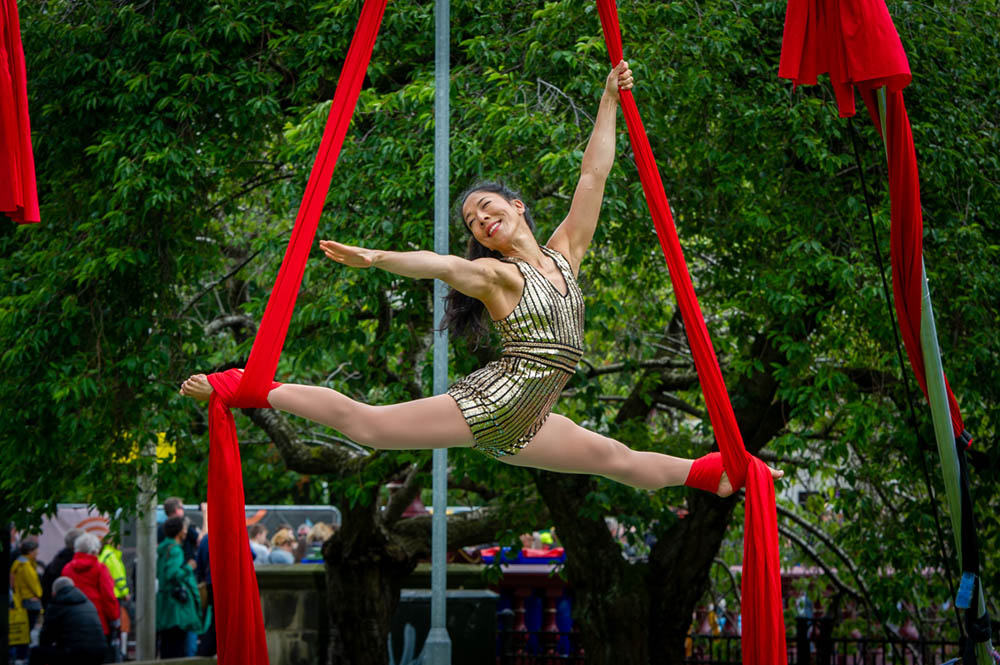 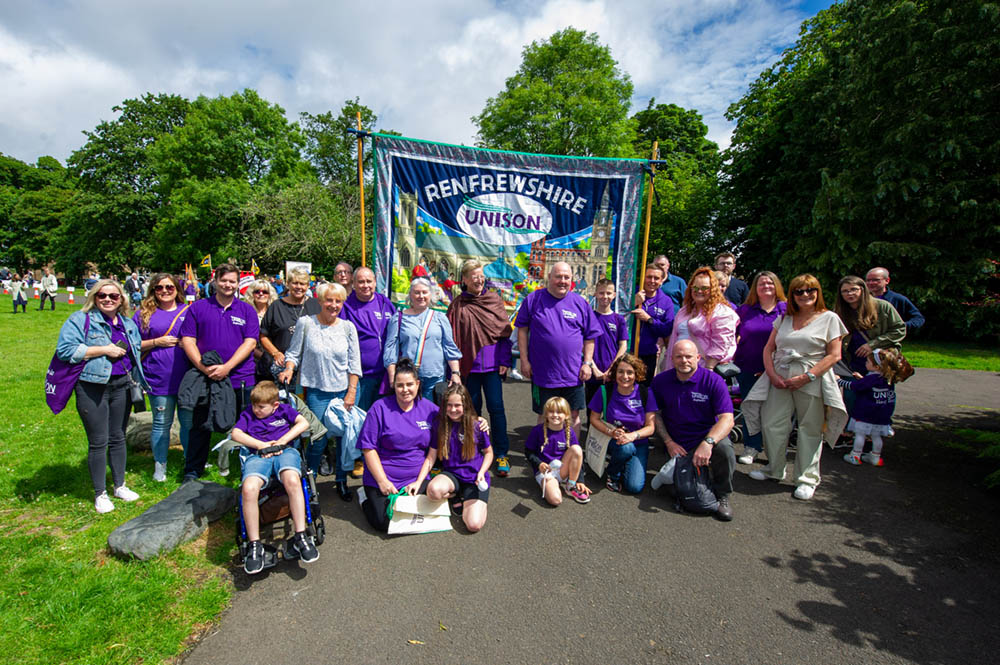 “We loved working with all the different local performers, artists and community groups to explore and tell exciting stories of weavers’ pasts, plus co-designing some brand new large-scale puppets, inspired by Scotland’s Year of Stories 2022.

“It was great to see so many people turn out to take part in the celebrations and enjoy the colourful spectacle and live performances in the town.” 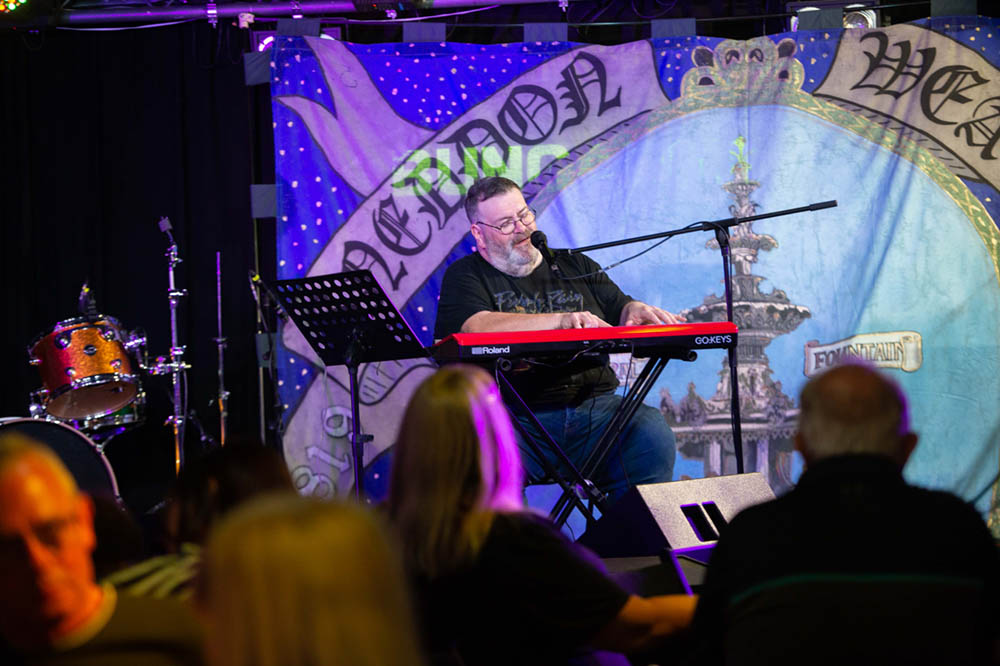 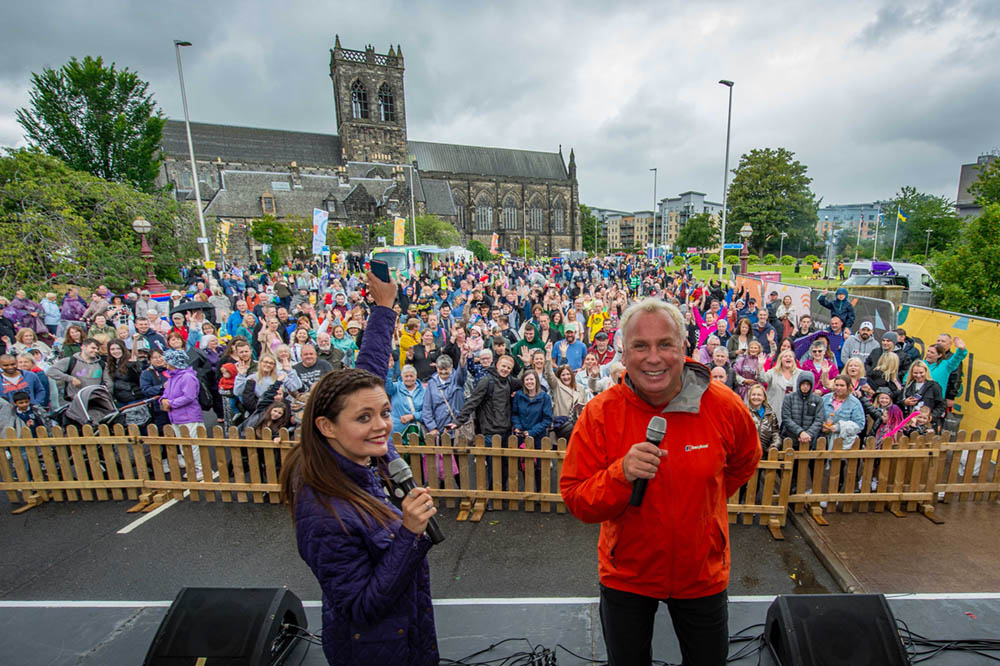 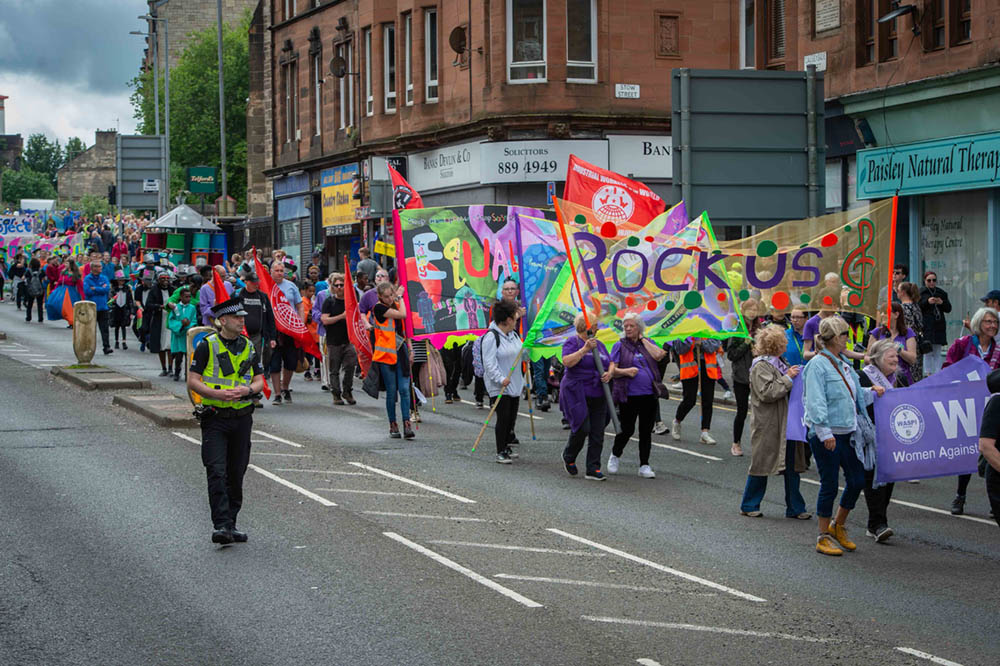 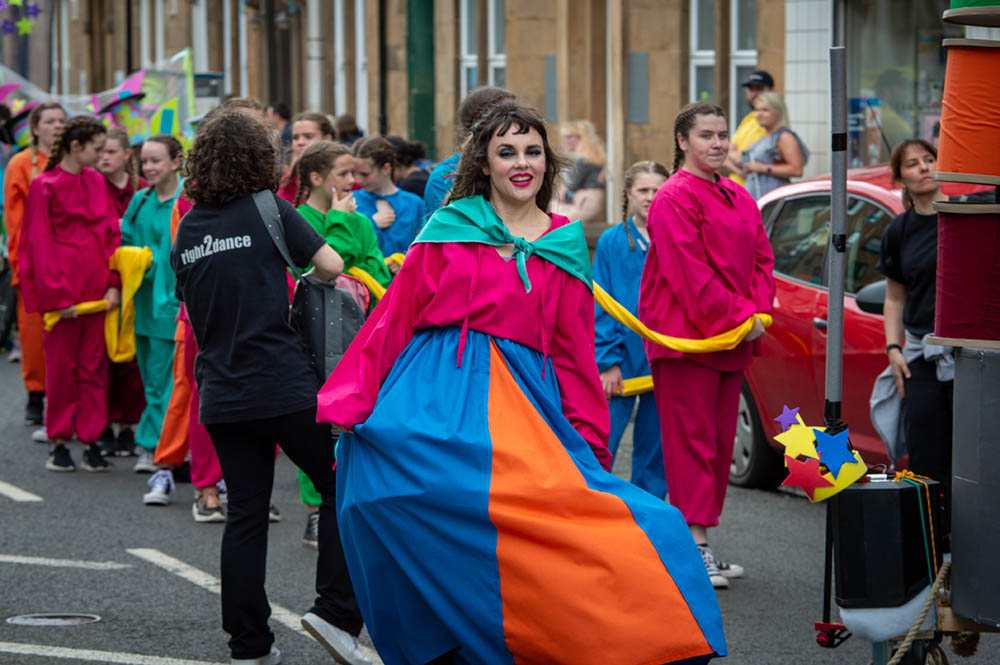 All or Nothing Aerial Dance Theatre dazzled visitors with acrobatics, as well as ‘Watch, Fly, Come and Try’ workshops for kids and adults to try out trapeze and other activities with professional aerialists.

Families could relax and unwind with a seaside experience in Abbey Gardens, with deck chairs and a beach for all the fun of a traditional trip ‘doon the watter’. 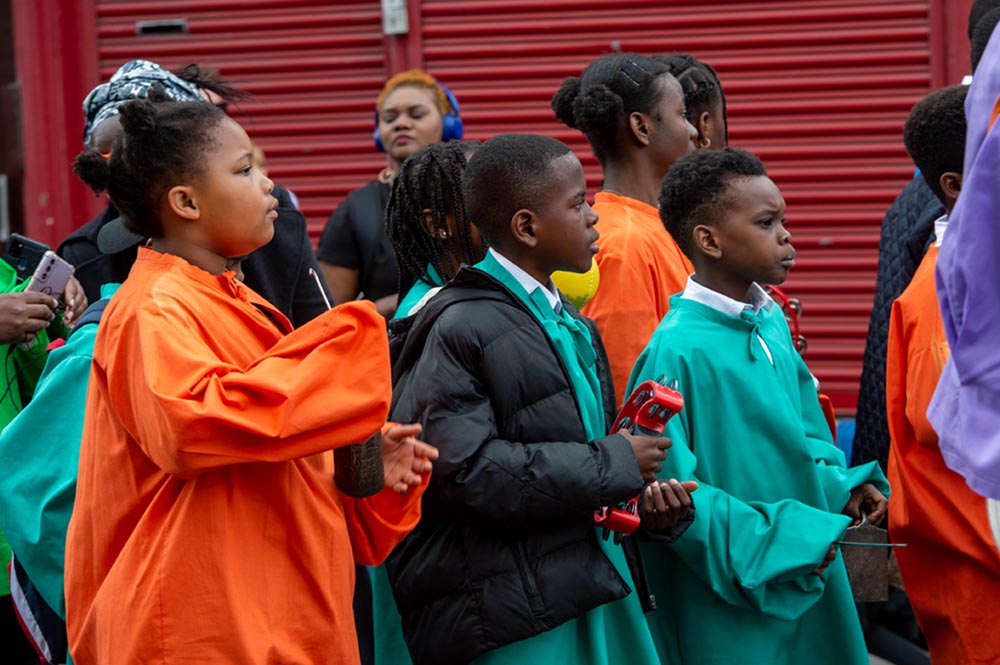 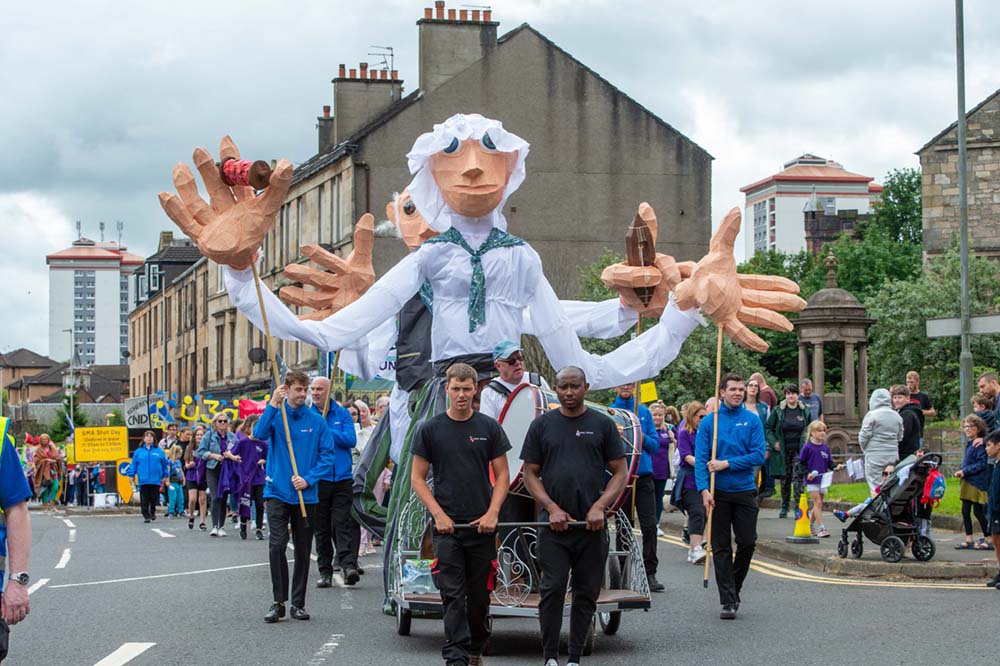 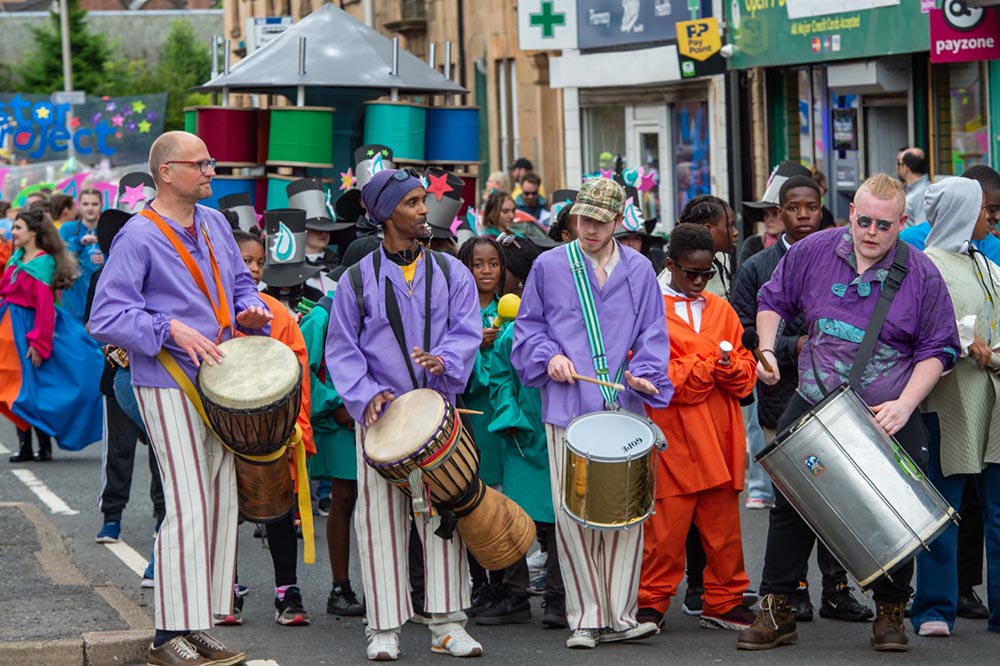 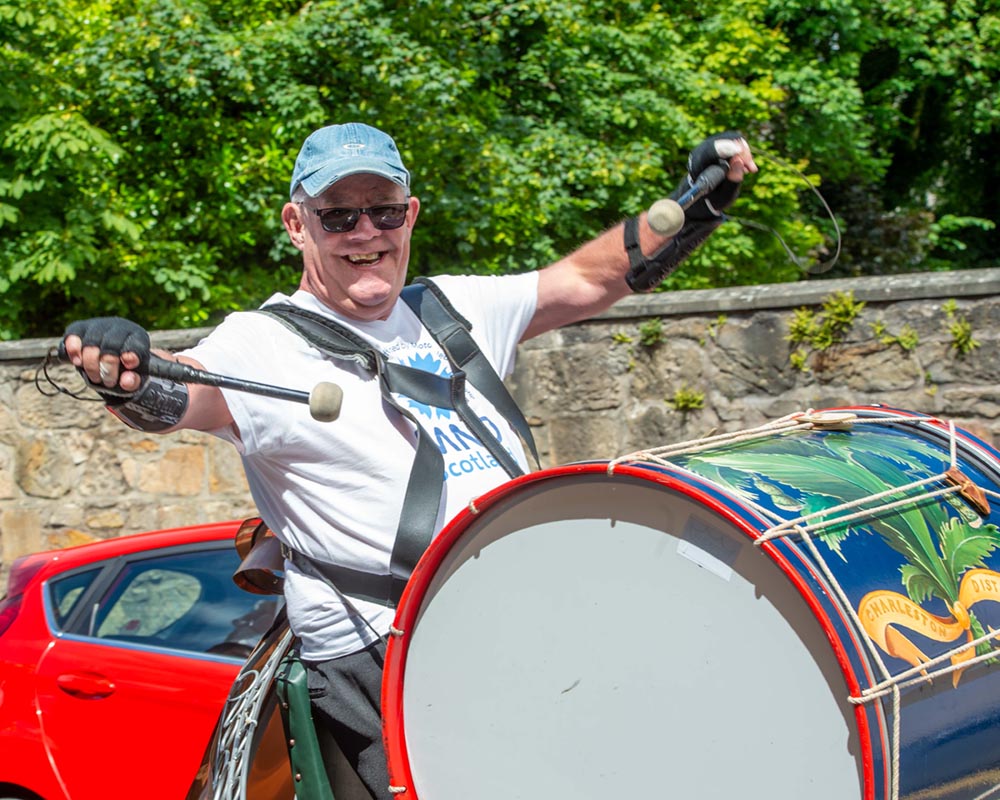 Paisley Community Circus and Big Top Circus were on hand with circus skills and carnival fun alongside a performance from the RockUs community choir.

The contemporary Makers’ Market at The Art Department creative space in The Paisley Centre showcased a variety of innovative local designers and makers, featuring everything from clothing and jewellery to interior design and gifts.

The Bungalow venue staged an all-day programme of live entertainment, including the popular evening Poetry Slam, while the historic Sma’ Shot Cottages opened its doors for visitors to take a trip back in time through Paisley’s rich weaving history. 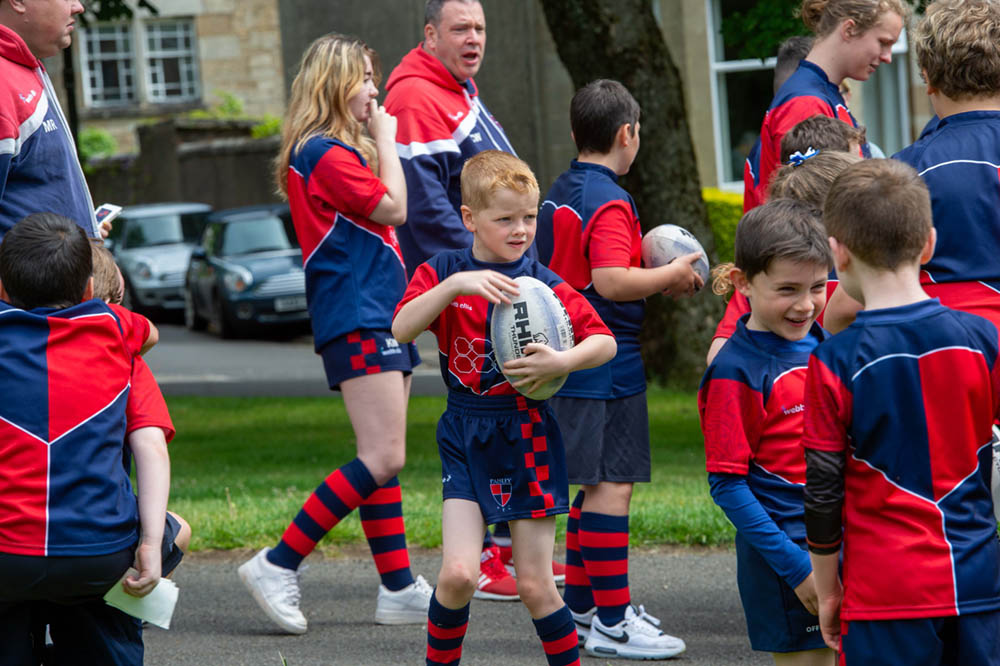 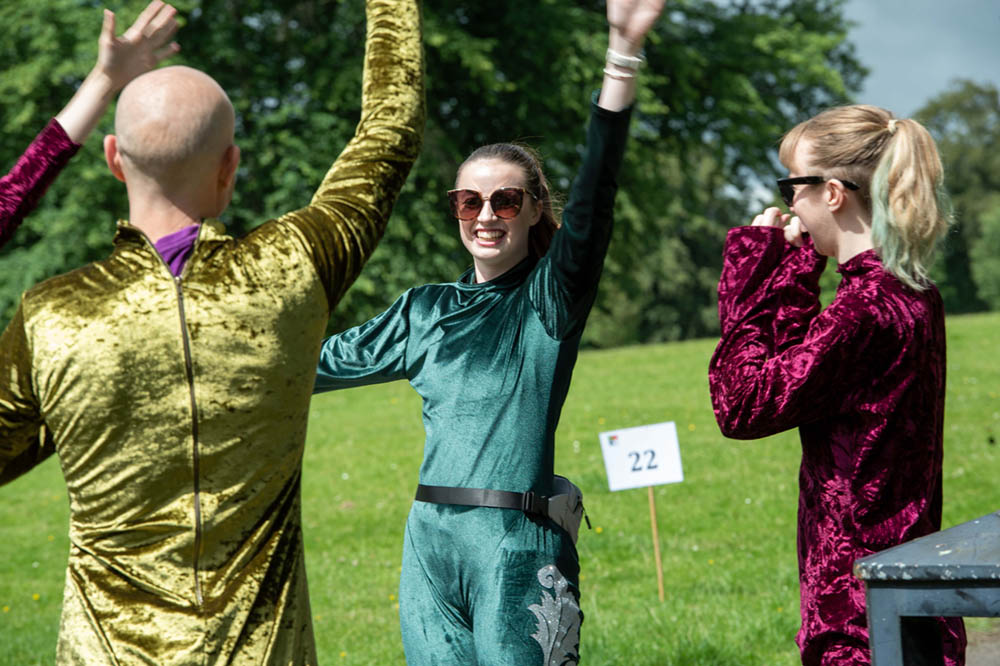 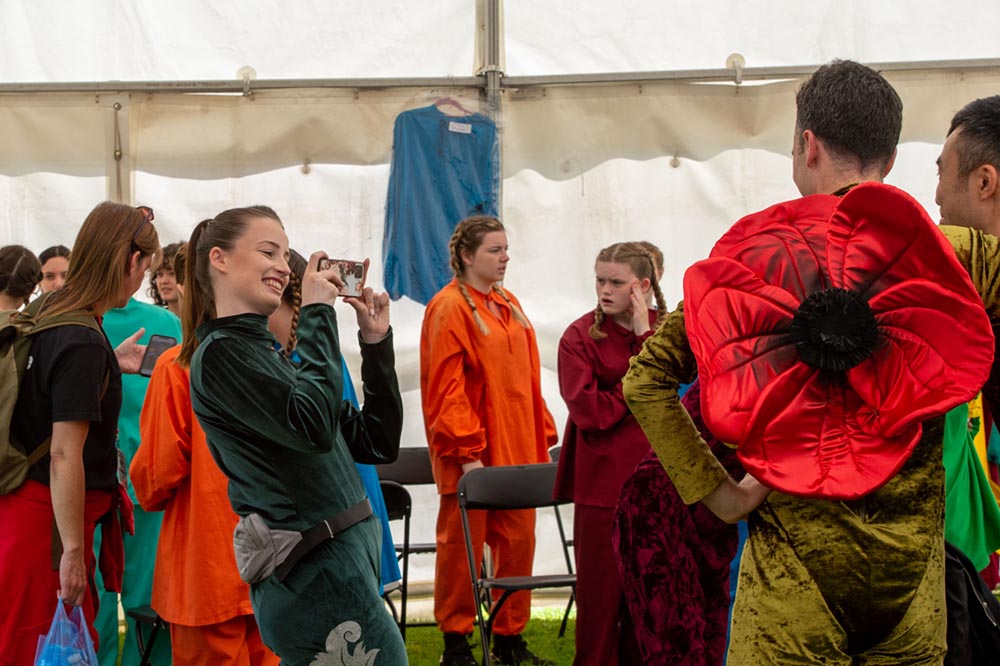 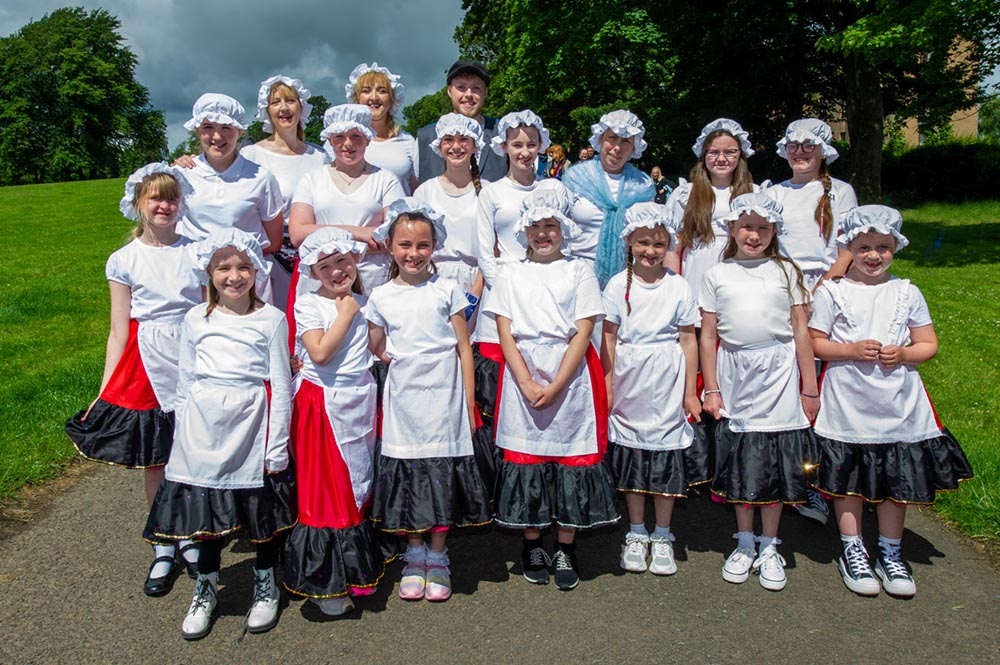 Sma’ Shot Day is organised by Renfrewshire Council as part of the area’s major events programme.

Renfrewshire’s Provost Lorraine Cameron said: “It was fantastic to have our Sma’ Shot Day celebrations back again this year. There was a brilliant family atmosphere along the parade route and in the town centre as we celebrated this important part of Paisley’s history.

“Events like this help attract visitors to the town which is not only good for local businesses but allows us to share the unique stories and wealth of creativity within the area.”

To find out about more upcoming events in Paisley and Renfrewshire visit: www.paisley.is.