Local school pupils and community groups have expressed their hopes for the future of Paisley during a series of workshops to help create a new community display.

The Future Paisley exhibition – in the Piazza Shopping centre – now includes a new community display showcasing the work created by those groups, called Postcards From The Future, featuring memory maps of lived experiences, posters for places of communal pleasure, and souvenir objects of imagined places made from recycled materials and clay.

Here’s what some of the participants had to say about their work, and the town: 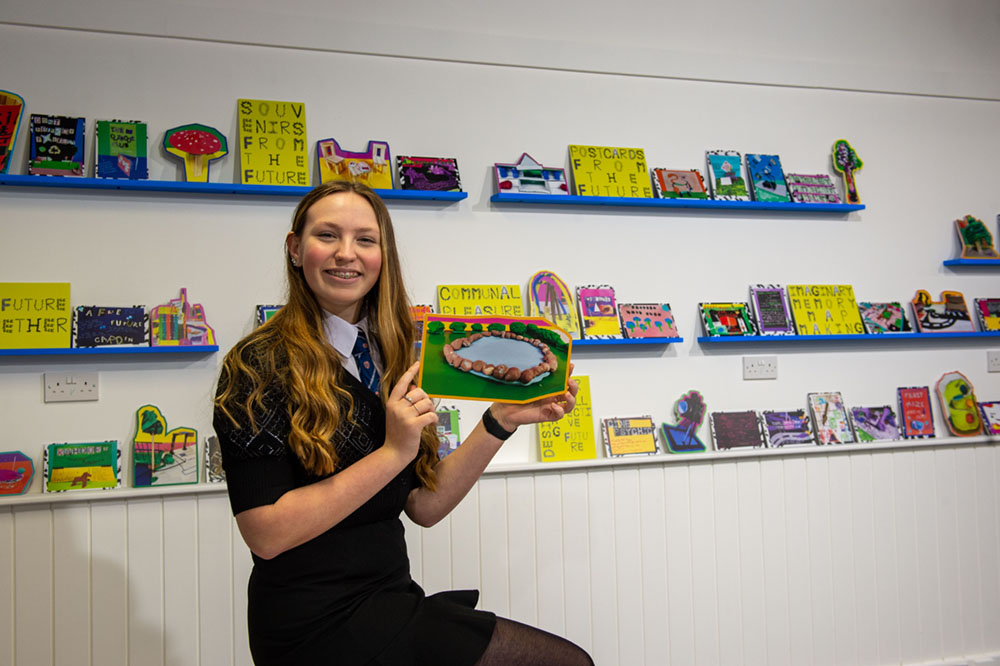 “I really enjoyed the Future Paisley exhibition because I got to see a lot of buildings that I hadn’t seen in real life and realised how big Paisley actually is. The Grand Fountain was a big surprise – it’s so colourful and I’d never actually seen it before so didn’t know it existed.

“My artwork is a pond, inspired by Barshaw Park, because I’ve got a lot of memories of going there with my friends and family. My hope for the town is for it to be more inclusive and environmentally friendly and for people to think about what we’ve done to the planet.” 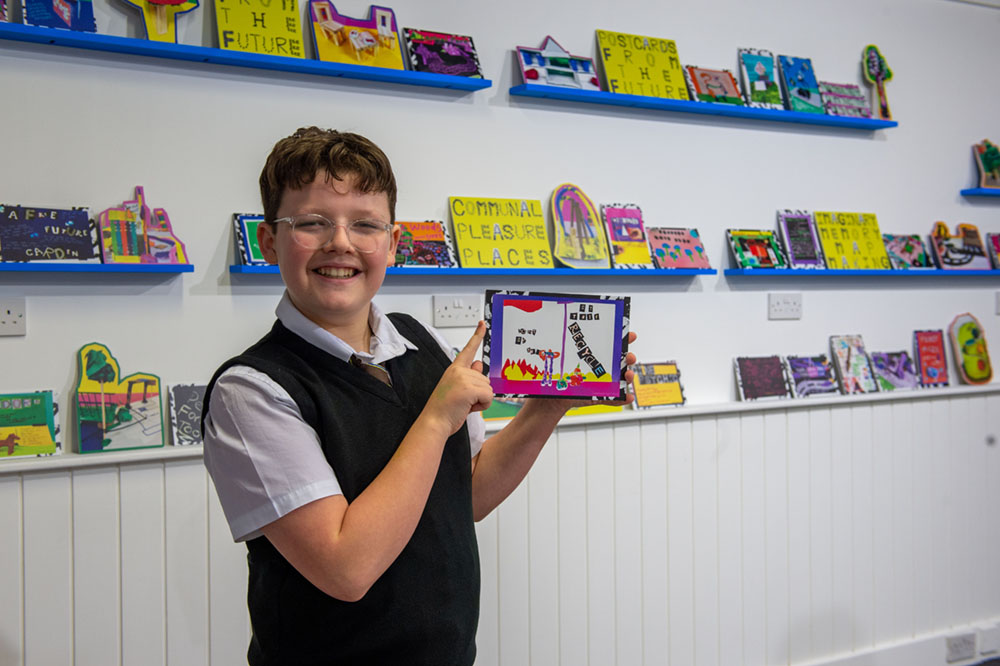 “The workshops set our brains to work and create things you wouldn’t think are imaginable. I created little monsters who go round in a UFO and suck up litter and recycle it into new stuff…like futuristic binmen. People need to know dropping litter is damaging the planet.

“My favourite place in the town has to be The Piazza – it’s a social area where everyone goes but also has plenty shops. That means we can support Paisley by buying things here rather than outside the area…shopping local is important.” 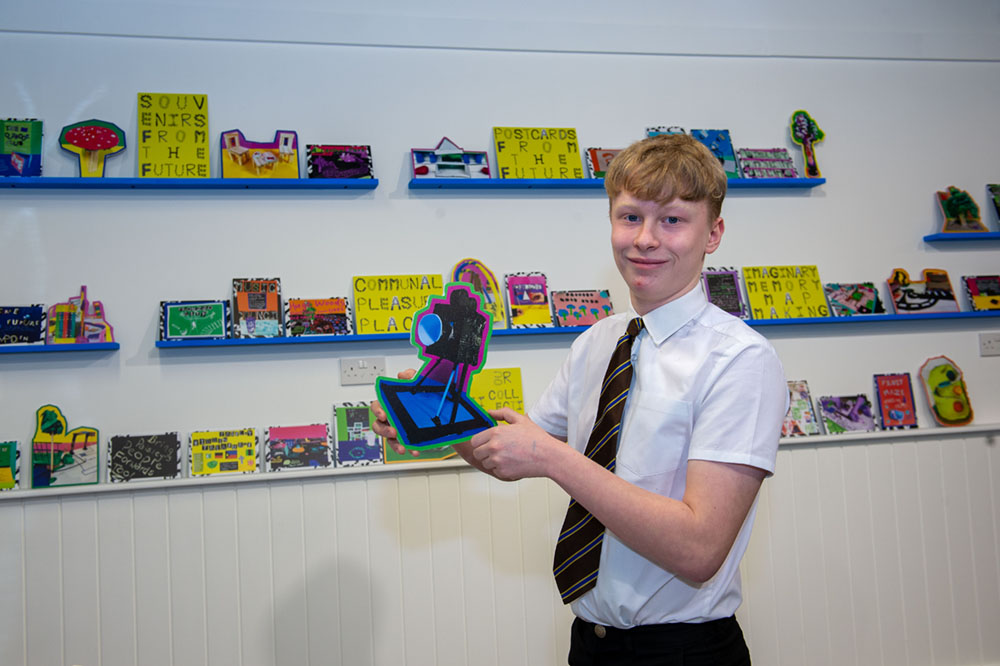 “At the workshop I made a model of a film camera, as when I’m older, to be a film-maker. I think it’d be great to have a Paisley Film Festival where my work and that of others could be shown. I love the architecture of Paisley, it goes back ages and ages and new buildings keep getting added but the old ones are still there and its got a great collection.” 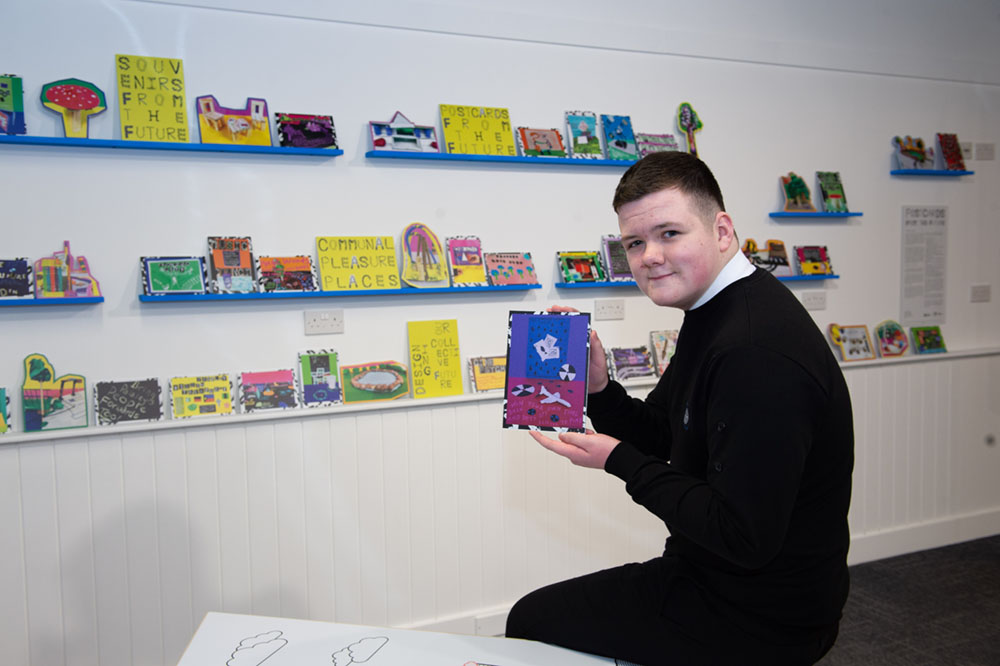 “I enjoyed making the 3D models. I like to play cards with my family so thought an all-kids casino would be a fun idea. I like the area around Paisley Grammar school as it’s a place where people can go to relax. My hope for the future of Paisley is for a better eco-system. Most towns and cities are a bit grey.” 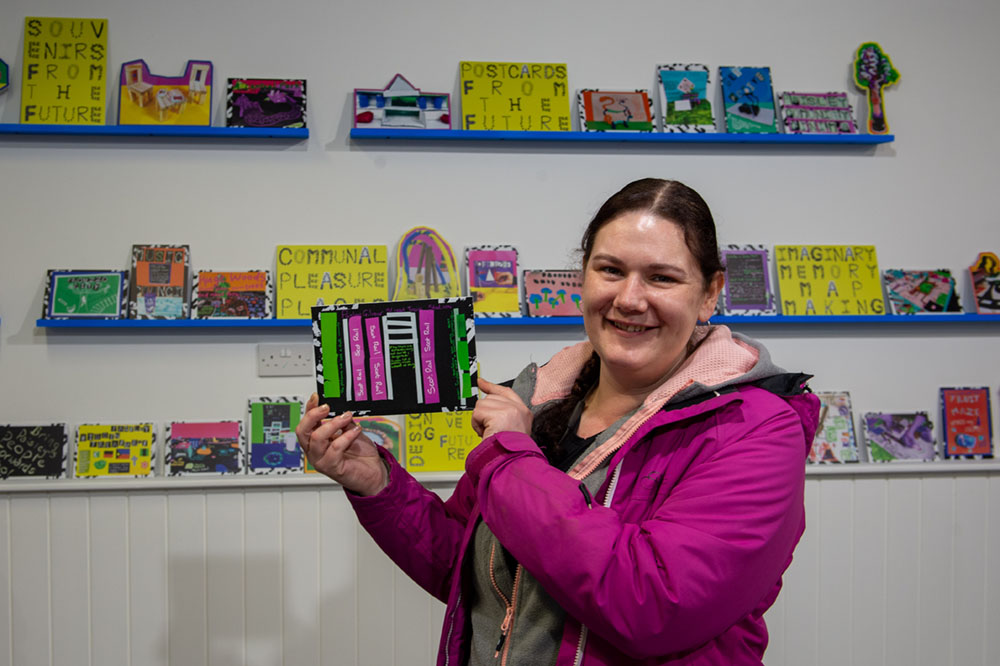 “Being involved in the workshop helped bring back some memories. My artwork was based around Paisley Gilmour Street station because it’s the main building in Paisley for getting in and out and it’s never changed much over the years. Through the exhibition I got to discover Staneley Castle in the reservoir – I didn’t know that existed but it’s a great-looking building.”

The Future Paisley exhibition uses innovative 3D graphics and augmented reality to showcase the collection of exciting projects currently transforming the town like never before and take visitors on a journey through Paisley’s past, present and future.

The exhibition is being led by Renfrewshire Council, with support from Renfrewshire Leisure, and was designed by architectural and design practice Lateral North. It runs every Wednesday to Saturday until Saturday 19 March (open 10am to 4pm) and is free to enter.

Future Paisley is the programme of events and activity which aims to use the town’s unique cultural and heritage story to transform its future.