Limmy talks to us about entertainment, depression and strange ideas

We sat down with Limmy, Scotland’s favourite son to discuss mental health, self-destruction and the dreary challenges of everyday life. This is what happened.

Brian ‘Limmy’ Limond is one of the funniest, darkest and most original comedians of his generation.

He’s also been open about his problems with depression, anxiety, suicidal thoughts and alcoholism (he stopped drinking in 2004), all of which is covered in his hair-raisingly frank new memoir, Surprisingly Down to Earth, and Very Funny (a title based on his Twitter parody tributes to recently deceased celebrities, some of which have, hilariously, been reported as genuine by the media).

You’re brutally honest about yourself in the book, so much so that you only half-jokingly write that it may ruin your life and career. You’ve always had those self-destructive impulses?

Oh aye. There’s a kind of wee itch in me, I don’t know if it’s boredom or whatever, but it’s an impulse to mess everything up for the hell of it, just for a buzz. In the book I talk about feeling a bit like a freak, having to almost perform being normal.

I’ve been thinking about drinking recently, not in a really serious way, but I have thought I could really do with a drink. How good would it be to get absolutely wrecked and just sit and watch ’80s concerts of B-list pop stars on the telly?

Sometimes I tend to feel the need to relapse into teenage behaviour, because the whole adulthood thing is difficult.

It’s not like I go about my life pretending to be something I’m not, but you have to be normal and pretend everything around you is exciting and fulfilling enough. It’s probably why people get into gambling, drugs, even if they’ve got tonnes of perceived success.

You wake up one day and they’re on the news because they’ve drank themselves to death. For some reason a normal life just isn’t quite enough for a lot of people, they need something on the side. 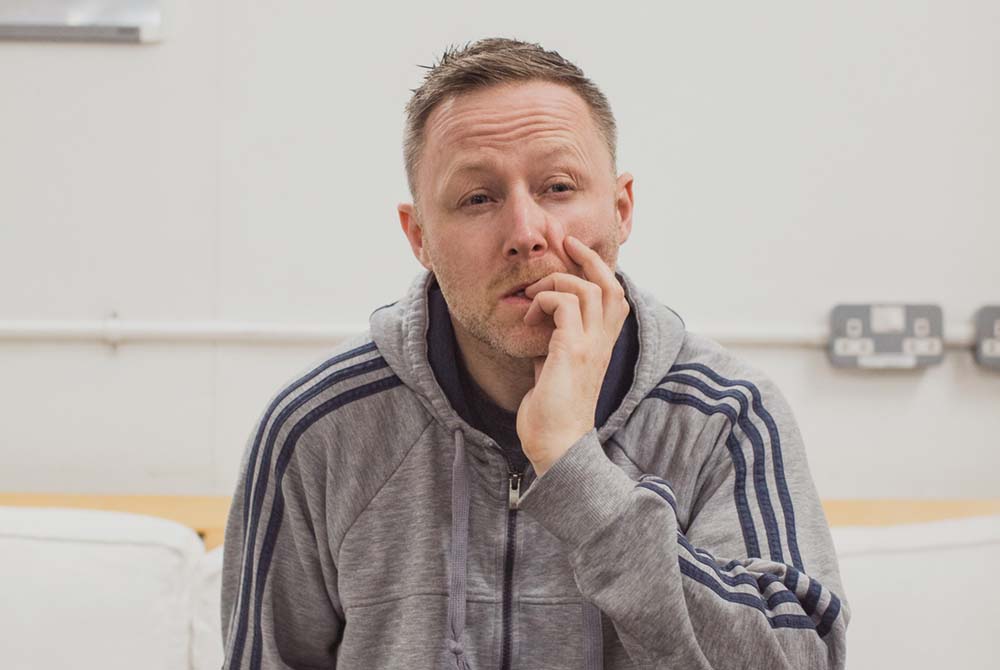 “There’s a kind of wee itch in me, I don’t know if it’s boredom or whatever, but it’s an impulse to mess everything up for the hell of it, just for a buzz”

Even as a young child, you realised you were different, you didn’t quite fit in. You knew your brain wasn’t ‘normal’?

I don’t like to say things like “the way my mind works”, because it makes you sound like you think you’re so interesting compared to the next person, but I did notice a difference when I was wee.

I always wondered about certain things, but nobody around me seemed to be asking the same stupid questions. Everybody seemed to be all grown up, even fellow seven-year-olds, nobody had any time for that nonsense.

I’ve always thought about these mad, stupid things, and without all that maybe I wouldn’t be able to do what I do.

It seems that throughout your life you’ve been driven by a desire for something – anything – to happen, just to relieve the tedium.

Aye, even if it’s a bad thing. When I was on antidepressants they really worked well for me – they don’t work for everyone – and I remember thinking at the time, “How many people are in the jail because they weren’t feeling how I feel, happy, right now?”

I’d had all these negative thoughts and this impulse to do bad things, wind people up on Twitter, but I didn’t have those feelings when I was on these pills. I didn’t have this fidgety, bored, bitter feeling.

So how many people are in jail because they did something impulsive because they weren’t on medication? I’m not saying everyone in jail should be on antidepressants, but I did notice the difference in me between being on them and when I wasn’t.

Is this what a normal person feels like? I still came up with ideas and things, I wasn’t sitting in a trance, funny thoughts still popped into my mind for my comedy stuff, but I didn’t have that side of me that got me into trouble.

Strangely, your medication had an overnight positive effect on your mental health.

People said it was psychosomatic, but I did wake up with this feeling. It wasn’t a feeling of optimism, like this is the first day of me really making an effort to sort myself out, it was something else.

Before I’d wake up every morning with this big sigh, but I woke up feeling like I’d suddenly got really fit, like a ray of sunshine coming through the window onto my face.

They say it takes about a month and you actually feel worse before you feel better, but that’s how I felt. I don’t know why I don’t go back on them, because it was a magic time of my life.

What happened when you came off them?

I felt like I’d been on holiday and now it was back to work, and all these useless or negative thoughts started to pop back into my mind. I also found myself trying to work silly things out.

I remember having a shower and thinking, “I wonder if there’s a better way to make showers? How are showers made anyway? What’s the difference between an electric one and a normal one?” I had lots of questions.

Without those questions, your work wouldn’t be so unique. Is that why BBC Scotland allowed you complete creative control over your sketch shows?

I always got feedback and suggestions, but in general I got to do what I wanted. It was more of a personal thing rather than maybe other sketch shows, which are almost a focus-grouped, mainstream thing.

I tried to make people laugh, to entertain folk, but I also like wee strange ideas that might not necessarily be funny. They’re unusual. That’s the sort of thing I liked watching when I was a teenager, stuff on the telly that was strange.

I was lucky to be able to make things that were just interesting thoughts. If I did a sketch show that was screened in front of people for a laughter track, I’d be really worried about that because some of my stuff isn’t meant to be funny, it’s thoughtful or weird. And some people don’t think any of it’s funny!

Favourite song? Off the top of my head, Turn It Into Love by Kylie Minogue.

Least favourite TV show? I stuck on You last night and couldn’t make it past two minutes.

Surprisingly Down to Earth, and Very Funny by Limmy is available from amazon.co.uk. Follow him on Twitter via @DaftLimmy.

Golden Years – A look back at Paisley’s Nightlife