Uplifting each other through candid chats and camaraderie, Kickin’ On are taking mental health awareness into their own hands.

When grief strikes, the natural response is to despair over what we’ve lost and what could’ve been. While in some cases, the only way to reconcile with the pain and sorrow is to channel it into enriching the world around you.

Established in February 2020 in honour of a friend that tragically took his own life, Dave McKenna and younger brother Mark’s Kickin’ On is a peer support group focused on addictions, mental health and suicide prevention. Since then, it’s become a testament to the power of just being on hand to listen.

“It’s really evolved quite quickly, we went from football therapy and bootcamps to hillwalking and cold water exposure. We want to make it clear that we’re not a football team or a fitness club,” Dave affirmed.

“These activities are just the vehicles that we use to get people comfortable and ready to talk. We don’t want it to be busy as that means people are struggling, but it’s good that they aren’t staying silent. We know our limitations too.

“So, we signpost to other organisations when needed. None of us are experts, we’re just normal guys and lassies that want to support each other.”

Structured as a community rather than conventional therapy, Kickin’ On’s objective is to help people to convey those thoughts and fears that society has conditioned us to shield from view.

“To this day, men talking about their feelings still isn’t the norm and that’s what we’re fighting against,” Dave declared.

“By now, it should be commonplace for someone in school or a football changing room to say ‘I’m struggling’ without worrying about getting slagged as at the end of the day, everyone needs a wee hudgie up sometimes. 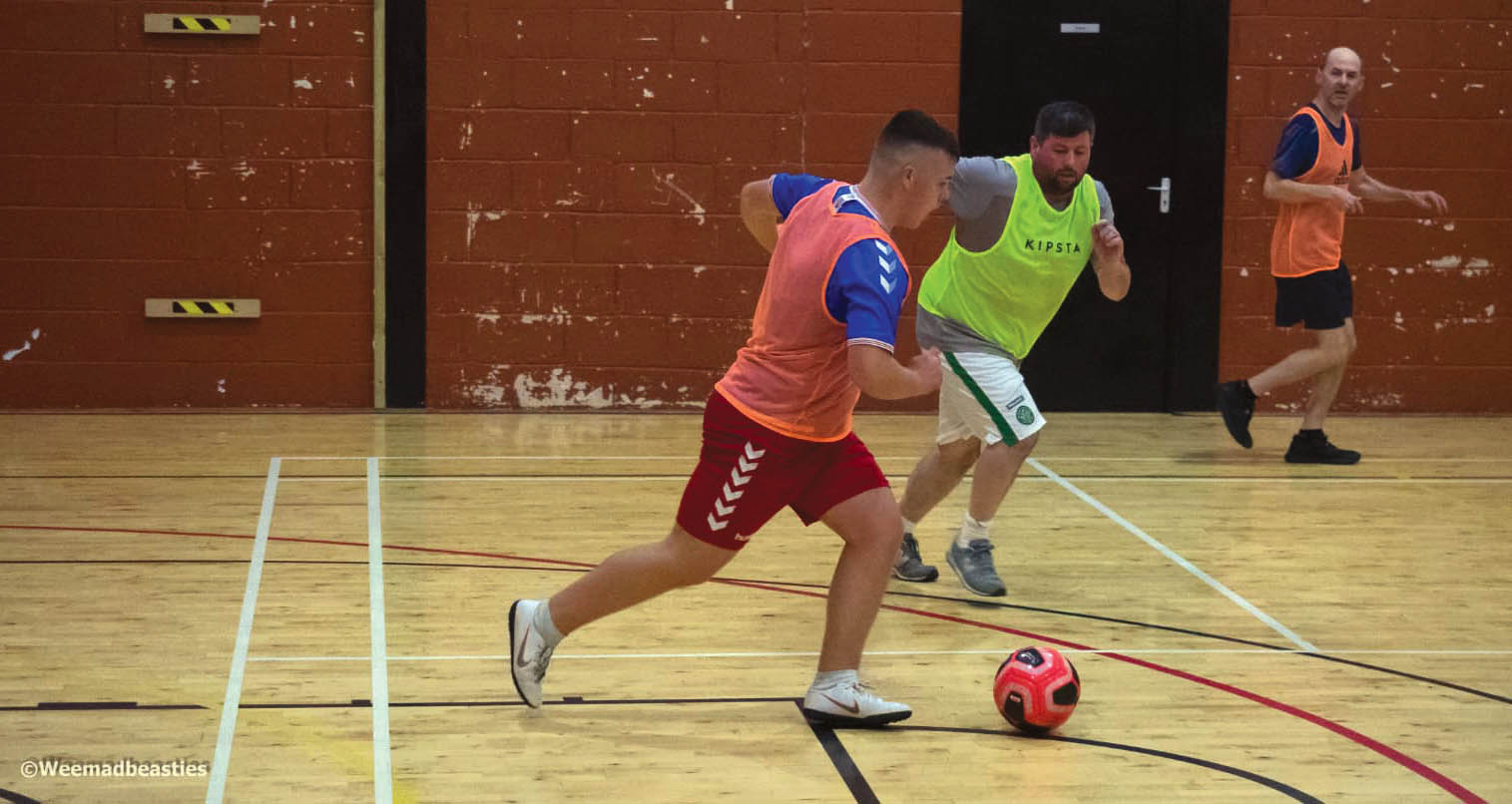 “We’re not trying to preach, we’re just saying that the learned behaviour of the past doesn’t work anymore. People have come to us and told us ‘if it wasn’t for you, I wouldn’t be here’ and that’s a collective effort.

“So, when you see people that used to be struggling and now they’re helping others, that’s when it just feels like a big beautiful melting pot.”

To find out more about Kickin’ On or to donate to their amazing organisation, please visit Facebook or their website.

Glasses to contact lenses, making the switch is easy at Specsavers