Based in Paisley, PACE is one of Scotland’s most renowned youth-oriented theatre companies. It’s time to play the music, it’s time to light the lights…

What do James McAvoy, Paolo Nutini, Richard Madden and Kevin Guthrie all have in common? They’re male Scottish actors and entertainers? Unleash the Q.I. klaxon. The correct answer is they’re all successful alumni of the PACE Theatre Company.

Established in 1988, PACE is a non-profit making organisation and registered charity primarily renowned for its productive Youth Theatre division. Open to anyone between the ages of three and 21, it offers a diverse array of practical workshops and, should students so wish, the opportunity to get involved with in-house theatrical productions in either a performance or technical capacity.

According to the needs and desires of the individual, it’s a platform for some valuable training towards a career in the entertainment industry, or somewhere to socialise and grow in a creative, supportive environment.

“The whole team at PACE are really passionate about what taking part in creative experiences really does to a young person,” says Artistic Director Jenni Mason. “Our programme is really diverse, we want young people to try different things and decide what they particularly like.”

PACE provides over 30 workshops per year and works closely with schools in the Renfrewshire area. “Our relationship with schools is really important to us,” says Mason, “because it’s where we come into contact with young people, and for some of them it’s their first introduction to this type of work.” 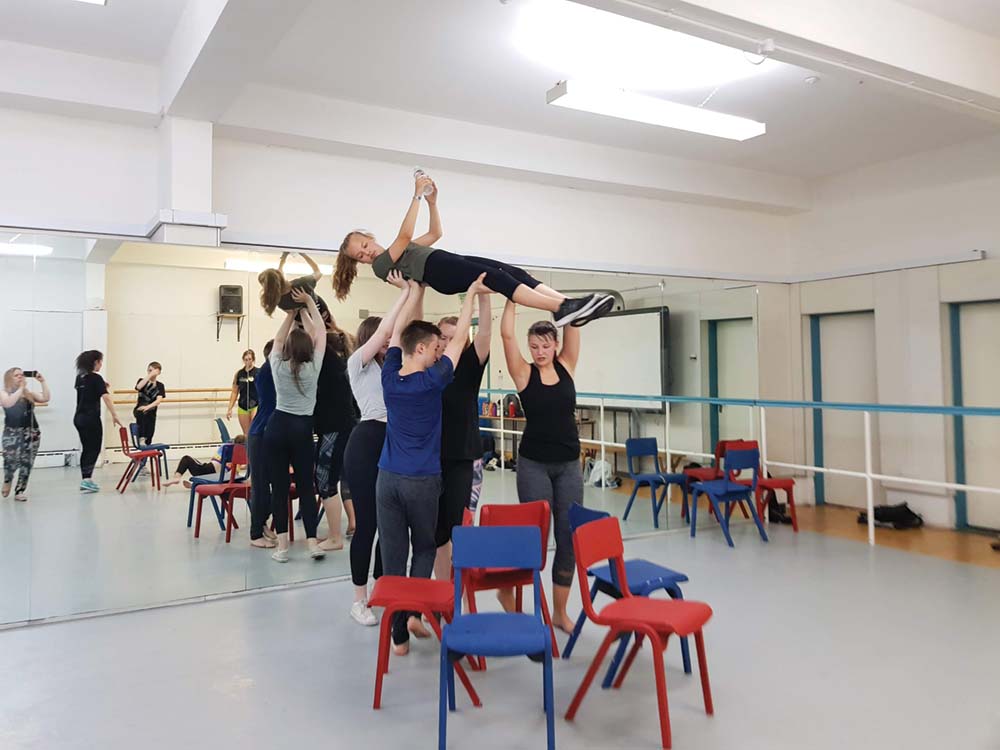 They are, understandably, protective of their students. While PACE offers free casting representation, it could never be mistaken for a glitzy showbiz factory. “We’re not by any means a casting agency,” confirms Mason, “but when a casting company contacts us they’ll have a specific request. We can then give young people the chance to audition if they want. It’s not something we push, but we do have a good reputation within casting for having really quite natural young people. We act as a facilitator and we’re involved throughout the process in a chaperoning role.”

Their approach is essentially encouraging yet realistic. When they invite notable figures and alumni to deliver informal masterclasses, their students are hopefully left in no doubt that a career in theatre, television and film isn’t necessarily paved with gold. Among their recent speakers were the successful Scottish actors Brian Ferguson, Scott Reid, James McArdle and (star of Mill #2, which you can read online at millmagazine.co.uk/read) Kevin Guthrie.

“It’s really nice to hear about their journeys,” says Mason. “They’re all really good at delivering and inspiring, but they’re also able to give an honest account of what it’s like to be working in the industry, which is really important because a lot of young people don’t necessarily think about the reality of what it can be like. It can be brilliant but there are lots of ups and downs in a career like that.”

True, but the fundamental purpose of PACE is primarily positive and altruistic. It’s a force for good.

“There are some young people who want to go on and do this as a career, which is brilliant,” says Mason. “But for us it’s much more about the personal development that comes from that. The confidence building side, being a team player, a leader, an individual, a creative thinker, all these things which they’ll hopefully carry through with them into whatever career they choose to do.”

Everything you need to know about PACE and how to get involved can be found on their website. The company is located at Spires Studios, School Wynd, Paisley, PA1 2DA. 0345 130 5218. This feature was published in Mill issue 4, March/April 2019.