After performing across stage and screen, actor and musician Martin Quinn tells us about his career and his Paisley roots.

There’s a lot to be said for casting off the expectations of your upbringing in a close-knit, socially scrutinising town to carve out a life in the arts. But for Paisley-born Martin Quinn; Star of Oor Wullie: The Musical, feature film Our Ladies and lead-singer of Velcrolove, what initially began as a parentally-induced hobby would morph into a guiding force in his life.

“Well, we were sent to [acting] classes when I was around six along with my brothers, probably just to give us confidence,” he theorised. “My auntie’s husband Stewart Aitken was an actor and had performed in pantos a few times, so the family kinda had a connection with PACE. When I was around 10, I thought that I wanted to do this. We were onstage and, as expected with wee ones, everyone started forgetting their lines but I improvised something that made the audience laugh. I think that’s when I caught the bug.”

“When you go into secondary school, it kinda becomes accepted, particularly because I got a part in Limmy’s Show at 14,” Martin continued. “All of a sudden, you don’t get slagged off for doing acting. Instead, it’s quite cool because you’ve been on the telly. It starts to form your identity.”

After deferring entry to university to work with the Scottish Youth Theatre and apply to drama schools, a string of successes and Martin’s raw potential would transport him from the familiar locales of Renfrewshire to London and the prestigious Guildhall School of Music & Drama. A transition that, as well as broadening his horizons, helped realign his perspective on his hometown.

“The National Theatre of Scotland were looking for some people to audition for a stage adaptation of Let The Right One In. Luckily, I got the lead role of Oskar, which led to my professional stage debut at the Dundee Rep before transferring to the Royal Court Theatre and eventually, the West End. So, that initial year out turned into two years and while in London, I decided to audition to more drama schools. Luckily, I got into a few and decided to go to Guildhall, following in the footsteps of fellow Scots like Ewan Macgregor and Shirley Henderson,” he beamed.

“The transition wasn’t as drastic as I’d been down there for about eight months prior, but I definitely was homesick, listening to my pal’s bands and wishing I was up the road. Guildhall is very different from Gallowhill,” Martin asserted. “The disgusting wealth right next to real poverty gets you down. I love how culturally diverse it is, but overall, I prefer home. My family and friends are here and I didn’t realise how much I loved Paisley until I was about 20. I cannae get enough of it now.”

Back in his native land, Martin would secure the lead role in the inaugural run of Oor Wullie: The Musical. Tasked with bringing the precocious troublemaker with a heart of gold to life during the show’s Scotland-wide tour, the responsibility that came with bringing DC Thomson’s most beloved creation to the stage wasn’t lost on him.

“I mean, it was quite nerve-racking,” he admitted. “During the first photo shoot before rehearsals began, I was in a room with a photographer, marketing people and folk from the costume department and they all had different ideas of how I should be posing as Oor Wullie. But to be honest, the script takes care of the character and dialect and I just loosely keep the images from the annuals in my head when thinking about physicality. I think Ashley Jensen might have played him during a Scottish tour in the 90s – big shoes to fill! This is the first time it’s been turned into a musical, which is pretty cool!” 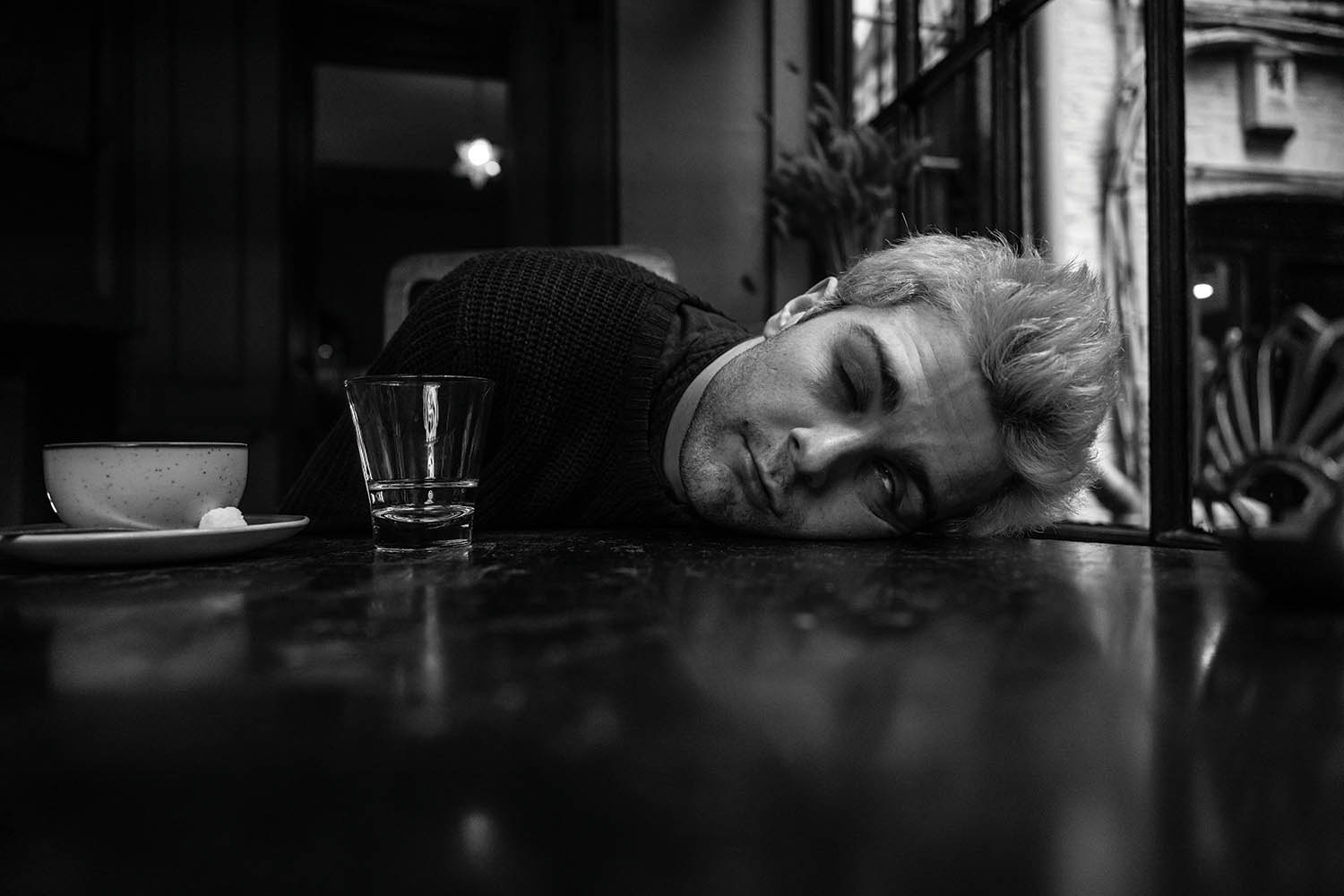 “Guildhall is very different from Gallowhill, The disgusting wealth right next to real poverty gets you down”

When he wasn’t donning the dungarees, Martin found time to portray the bespectacled Stephen in Our Ladies, the latest offering from director Michael Caton Jones. Based on Alan Warner’s coming-of-age novel, the tale of five choir girls striving to find themselves during a trip to Edinburgh evidently left an impression on the young actor.

“Aye, filming was very different to stage work,” Martin revealed, “in terms of less rehearsal and your relationship with a camera. The cast and crew were all lovely and it kinda left me itching to do more. Fingers crossed it speaks to folk, I don’t think I’ve seen a film quite like it, shining a light on five catholic teenage girls exploring their sexuality. And in Scotland! I believe the writer of the book wanted to represent the strength of his own sisters. You’d need to ask him to be sure that’s what he was going for, but I think it’s quite a powerful story!”

Aside from making forays into the acting world, Martin also plays in Velcrolove, a multi-national indie-folk outfit. After meeting at drama school, the three budding thespians have done their utmost to keep at it while managing their own individual careers.

“We carried on with the name of my band before I left Paisley—mainly out of laziness—and started writing new songs or carried some over. Since graduating, we’ve played the odd gig and recorded our A Lack of Vocabulary EP produced by Catholic Action’s Chris McCrory. “We’ve got so many ideas, but it’s dead tricky to organise due to the nature of our work. Soon after graduating, Steff went on a world tour with Shakespeare’s Globe Theatre before filming BBC drama Hidden, while Sam left drama school early to take over a role in the Harry Potter play [The Cursed Child] and has since been in Peaky Blinders, Grantchester and Dracula. We’ll just need to see what happens, I’m sure we’ll manage to record another at some point.”

Although the Covid-19 pandemic derailed the initial plans, Martin obtained a role in John Byrne’s new play Underwood Lane. Initially slated to debut at The Paisley Arts Centre before a run at Glasgow’s Tron Theatre, the show— which is now earmarked for a June 2021 premiere at an as yet unspecified location— isn’t simply another high-profile placement for him. In fact, its titular setting will give him time to commune with his familial roots in the town.

“I’m buzzin’ to be working with another Paisley buddie and an iconic one at that,” he exclaimed. “Underwood Lane is actually where my grandparents lived when they moved over from Donegal and it was my dad’s first home in 1954, not long off when the play is set.

“Other than that, I’ve got a few hopeful projects but nothing’s set in stone. Last Christmas, I helped produce a music video starring Richard Wilson for my big brother, Peter [singer-songwriter Quinny] and I’m hoping to do more of that. In this line of work, you kinda just need to look the uncertainty of life right in the face and keep going.”

Keep up with Martin on Instagram @martin_quinn1. This interview was published in Mill issue 10 September/October 2020.

The Sound of Renfrewshire: The Deep Shining Sea