Renowned for her work both in front of the camera and gazing through the viewfinder, we spoke to Scotland’s own Marianna Palka about her career, art’s galvanising power and more.

As she sits in St Louis Café Bar on Dumbarton Road, Marianna Palka bears none of the hallmarks that you’d expect from someone who transitioned from life in Scotland to become the toast of the film world. Her accent retains every lilt and affectation of the central belt and there’s an inherent warmth to her presence. But above all, Marianna’s most endearing quality comes from remaining authentic in an industry where success is normally earmarked for those with resilient veneers.

Growing up as the daughter of a poet in Basia Palka, both her mother—who’s lived in Paisley for 20 years—and father ensured that creativity was always placed at the forefront in a way that went beyond a leisure activity.

“Everyone is an artist in the family,” Marianna reveals. “I grew up with that around me, plus my parents told me that that I could do anything. They believed that art can not only heal the world but change it. We’re Polish, blood-wise, so I grew up with the Solidarność movement and my parents’ pals fighting with non-violence and freedom as a concept. They were all in the theatre, so that’s what I thought an actor was. I was aiming to be a militant revolutionary (laughs).”

Instilled with the singlemindedness that always helps to breed success, Marianna’s prodigious talent and keen mind would lead her across the Atlantic before she was old enough to drink. 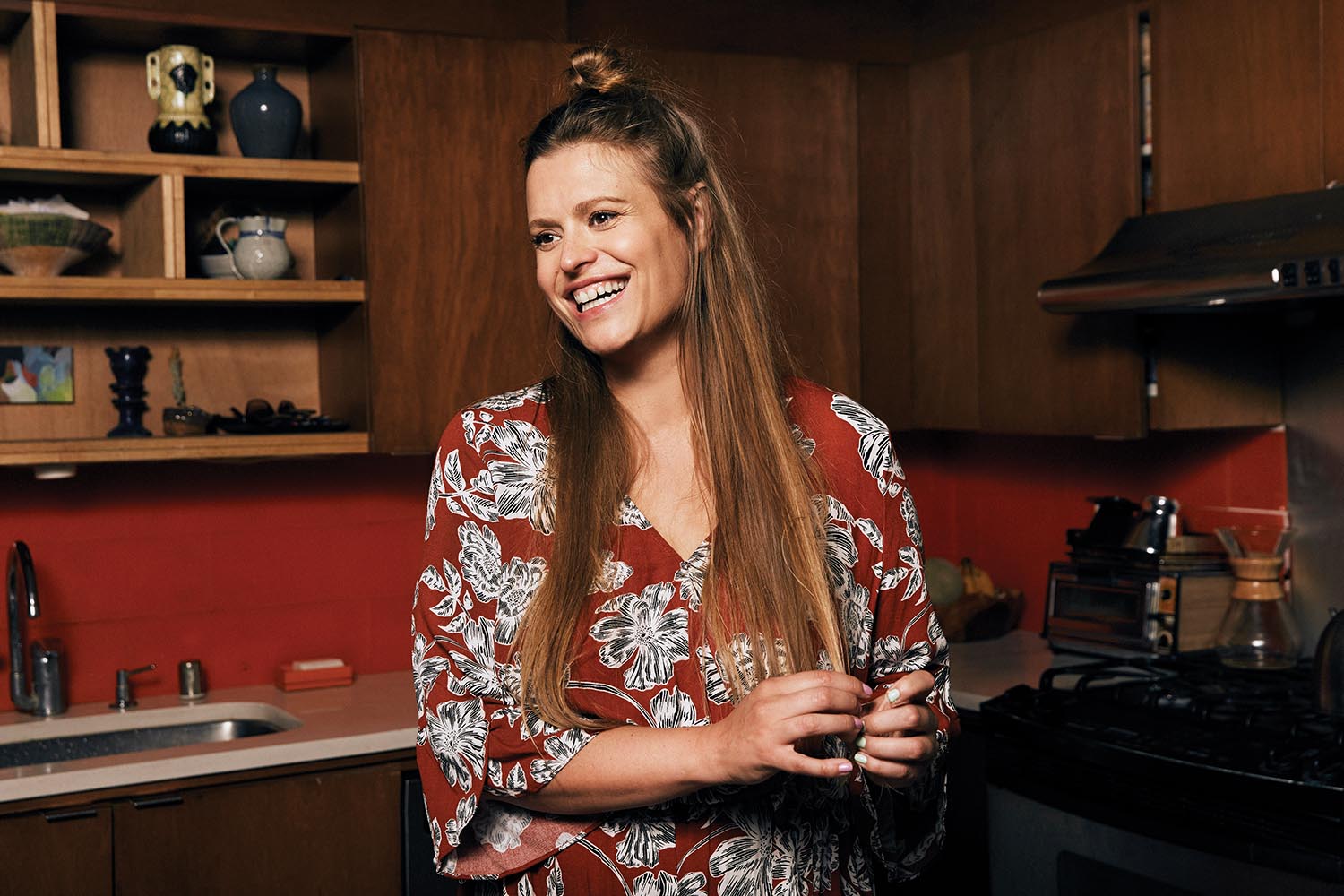 “I went to New York to do lots of plays, that’s what I was really into at the age of 17. It was really seamless because I had such a good time and I met a bunch of Scottish people over there,” Marianna beams. “I was just so tapped into the idea that I was meant to be there doing theatre at that time. No offense, but I knew I didn’t want to go to f*****g London. The idea of Scottish talent having to go to London to make it is almost offensive to me.”

Although many viewers may recognise her from the role of Reggie “Vicky The Viking” Walsh in Netflix’s pioneering 80s wrestling title GLOW, Marianna has had a multi-faceted journey that includes storied careers as both a director and writer. Rather than being a concerted effort, this decision to dabble in all tenets of the process was completely organic.

“I’ve never consciously tried to do one more than the other, you know? In New York, I thought I was just going to act in plays but by the time I got to LA, I knew I was going to direct. The first film I made [2008’s Good Dick] went to Sundance and then Sean Connery gave me an award for it in Edinburgh so I was like ‘ok, I can do this,” she remarked.

From her first film through I’m The Same, Bitch and many others, Marianna’s work doesn’t simply hinge around empowering female leads, but the middle ground between irredeemable men and those that are actively striving to better themselves. To her mind, this was all forged by her upbringing in the dear green place.

“Growing up in Scotland, feminism was something that came from a lot of the men in my life. Just cool guys who are like “I care about my mum, I’m really nice to my granny and I just love women.’ That’s a really positive background to be from,” she proclaims. “When I went to the States, I recognised that a lot of people in America—not so much LA or New York—are like Republican guys who haven’t had that association with feminism being cool.

“My films are the result of some kind of alchemy between my ideas from Scotland coming together with American culture. It’s some weird experiment, but I think it works. There are evil men out there, but there’s others that are looking for an answer or looking for change. Film is a powerful vehicle to talk about it, so I’m happy to get up in the morning and do s**t like that.”

Acutely aware of culture’s transformative power on society, it’s telling that Marianna hopes to see certain works of theatre be democratised back to their working-class roots. In particular, those of the Bard of Avon. 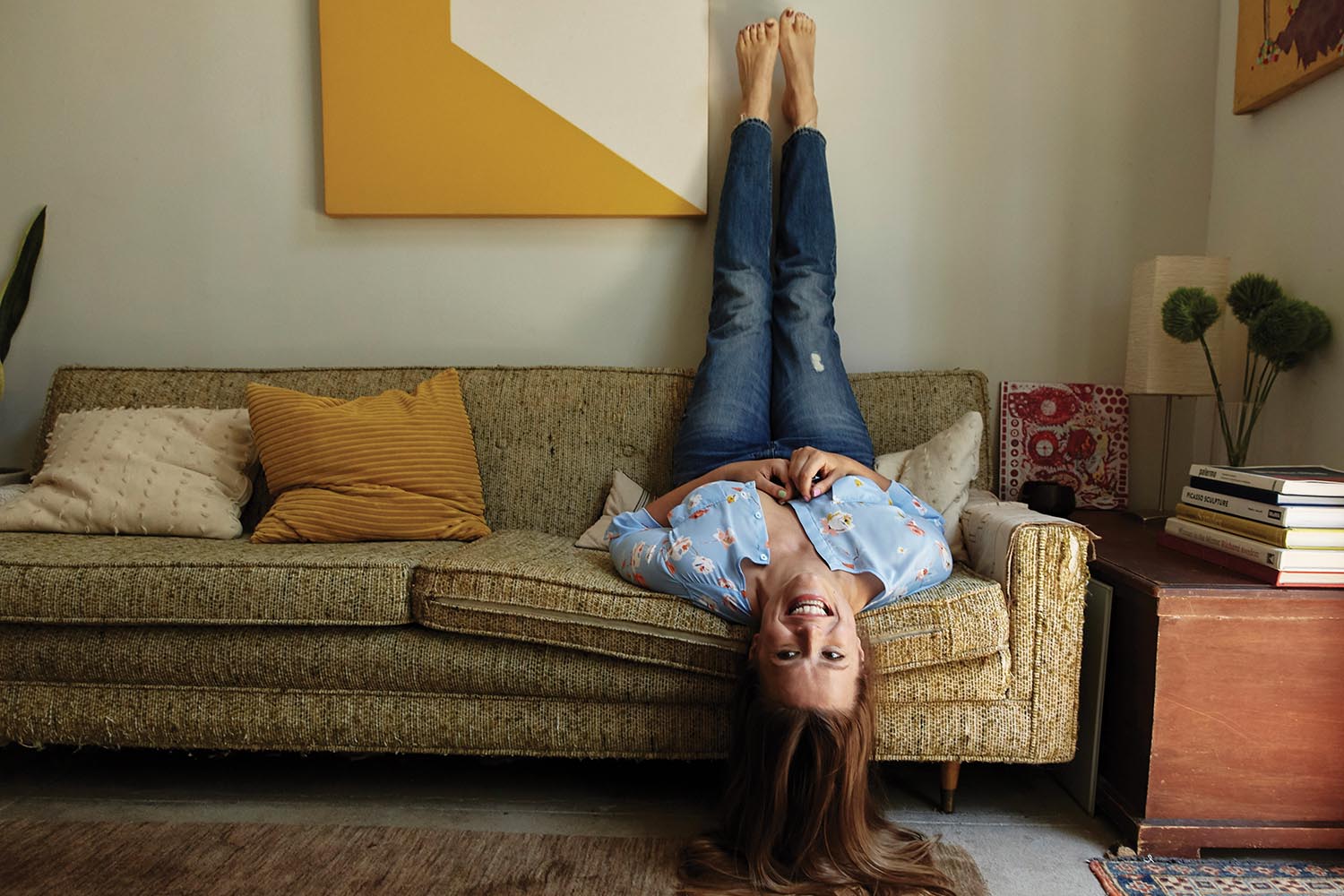 “Macbeth is Scottish and everyone who’s done it isn’t,” she opined. “Shakespeare wrote for normal people. His actors were Scottish, Cockney or Irish. They weren’t moneyed people with posh accents. It’s been twisted to the point where it doesn’t rhyme in RP (received pronunciation). When you perform it in a Scottish accent, it sings because he wrote for normal people and that’s the amazing thing about him. There should be a version of Hamlet that’s like… set in Drumchapel (laughs). Why not? Somebody needs to do it and use the voices we’ve been given.”

As for what’s next down the pipeline from Palka, she’s recently helmed Collection—a Todd Friedman-penned drama that delves into the seedy underbelly of debt collection and stars Alex Pettyfer and Mike Vogel. Unsurprisingly, Marianna found parallels in its narrative to not only homegrown art, but real-life testimonies from friends that illustrated how important the work was.

“When I read the script, it reminded me of [Ken Loach’s 1997 film] Carla’s Song. It was about a Latina woman, but I made her Nicaraguan,” Palka reveals. “I got [GLOW co-star] Shakira Barrera and she’s so good. In Scotland, everyone I know is dealing with folk knocking their door and being like ‘hi, you owe money on your credit card so I’m going to be an asshole to you,’ so it feels like an international rights issue. The film is really anti-ICE, pro-immigration, basically a real vitamin pill for anyone who voted for Trump.”

Rather than keeping the activism on-screen, this spirit of kinship with her fellow humans is also enacted in her day-to-day life and shines through in her charity work. Ingrained into her from a young age, Marianna sees paying it forward as a station above her contributions to the screen.

“It has to be part of it and is more important in a way. I don’t know, I was just raised like that. If something good happens to you, then you need to give it back to what’s going on. It’s all woven into the idea of ‘what you give to another person, is what you do for yourself.’ Kids charities, women’s charities, I’m all about that.”

For anyone looking to follow in Marianna’s footsteps and make it stateside, she urges all aspiring creatives to pursue their own ambitions without forfeiting with their national identity.

“I was really keen on the idea of doing things for us and the Scottish perspective even when I was in the US,” she discloses. “Basically, if you can do something that’s for your country at a time when Scotland needs your voice as an artist, that’ll sustain you for life.

“Be kind”, Palka continues. “All of the crews and actors I’ve ever worked with as a director have all been so happy and I’ve got this array of work that was defined by looking after one another. The energy on the set is always seen as chill and respectful, which is a genuine Scottish quality that you can bring. In Collection, there’s a kid called Jacques Colimon and I even got him to wear a kilt in this one scene (laughs). He’s an amazing actor and I was just sitting there in Alabama like, ‘I can die happy as an old lady now that’s happened.’ He even kept the kilt!”

The Sound of Renfrewshire: Kitti