A Love Letter to Johnstone

Local artist and designer Rebecca Johnstone actually lives in her namesake. Follow her guide to the town’s many treasures.

I’ve been a Johnstone resident for over eight years now. It’s a bustling little town in the heart of Renfrewshire, offering the ideal commute to Glasgow or down towards the coast. Planned in a grid system in 1782 by George Houston, the fourth Laird of Johnstone, the town has so much to offer for the discerning resident. I wonder if George would recognise it now? 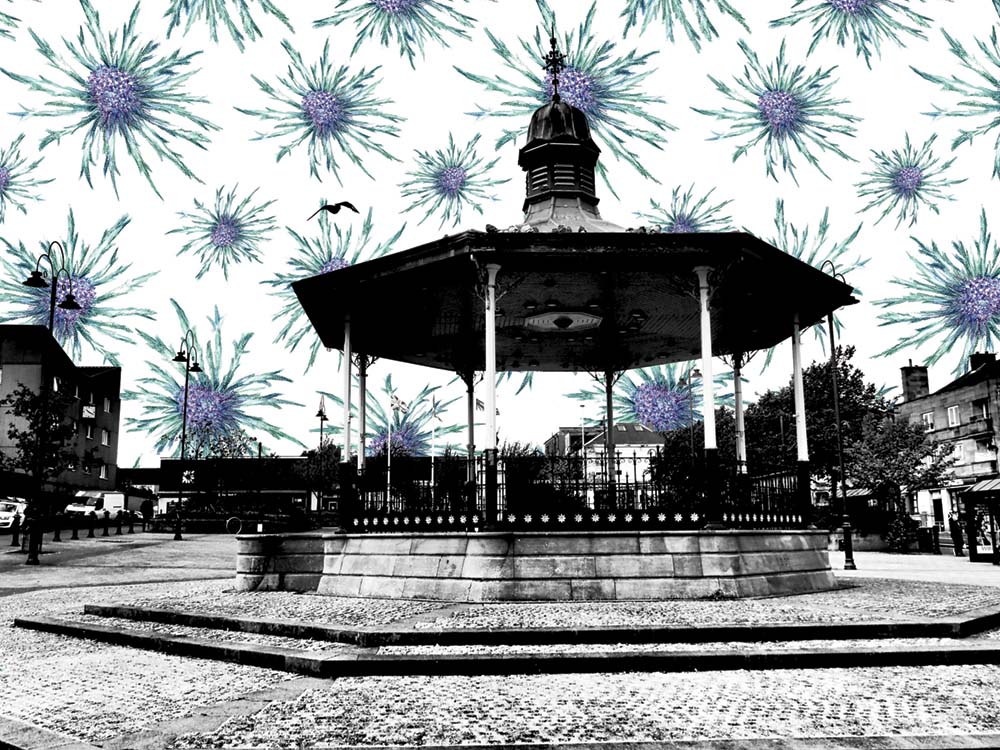 Johnstone is one of only a handful of towns in Scotland to feature a bandstand. This ornate relic is still a central focus of Houstoun Square (no prizes for guessing how that got its name). The bandstand is put to good use for community events throughout the year, but comes to life at Christmas when it’s the focus of the festive lights and tree. My version features thistles in the sky. 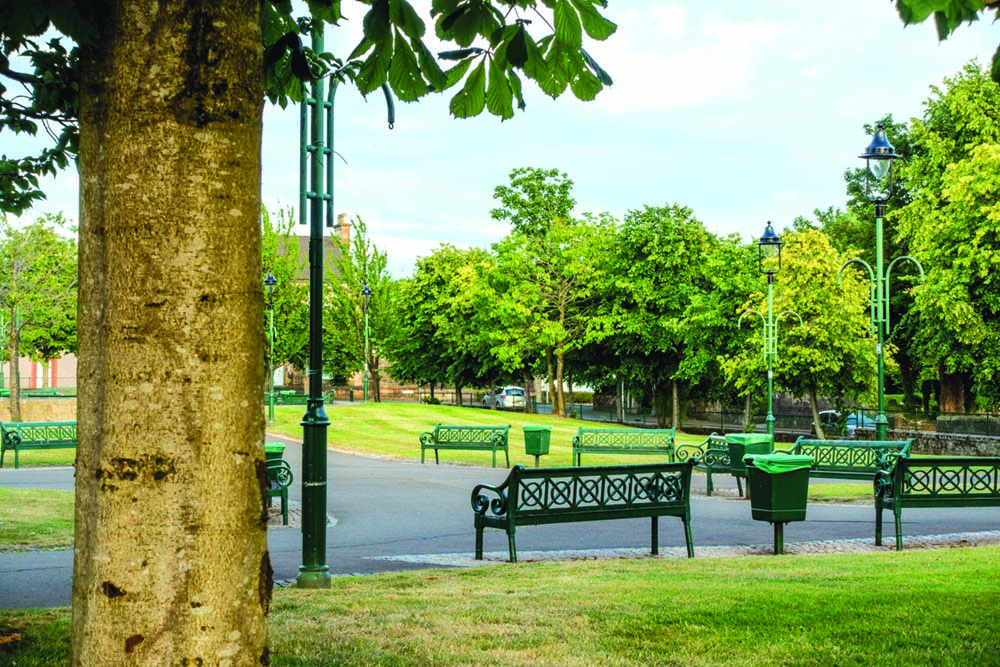 I may be biased as my house looks out onto the park, but it’s a glorious green space flanked by mature trees on the Quarrelton Road side, offering up the most beautiful blossoms in the spring. At one of the entrances there is a fountain, which denotes the gift of the park to the town by Mrs J Polson. She was the daughter of local industrialist Thomas Shanks, who gave the park its name. It also houses a small play park ripe for pre-school adventures, and don’t forget the ‘caterpillar’!

If your goal is to get fit in 2019, then boxing is an exhilarating way to do it. Pre-pregnancy, I’d been boxing for around 18 months and loved the buzz and discipline of it. Boxfit offers a mix of boxing and circuit training which provides a real boot-camp style workout (pay as you go). As a member, you can use the equipment at your own pace or with a personal trainer. Just seeing the pro boxing ring is enough to break into a sweat these days. Must. Try. Harder. Saltire Boxing Gym, 26 Macdowall Street, PA5 8QL. 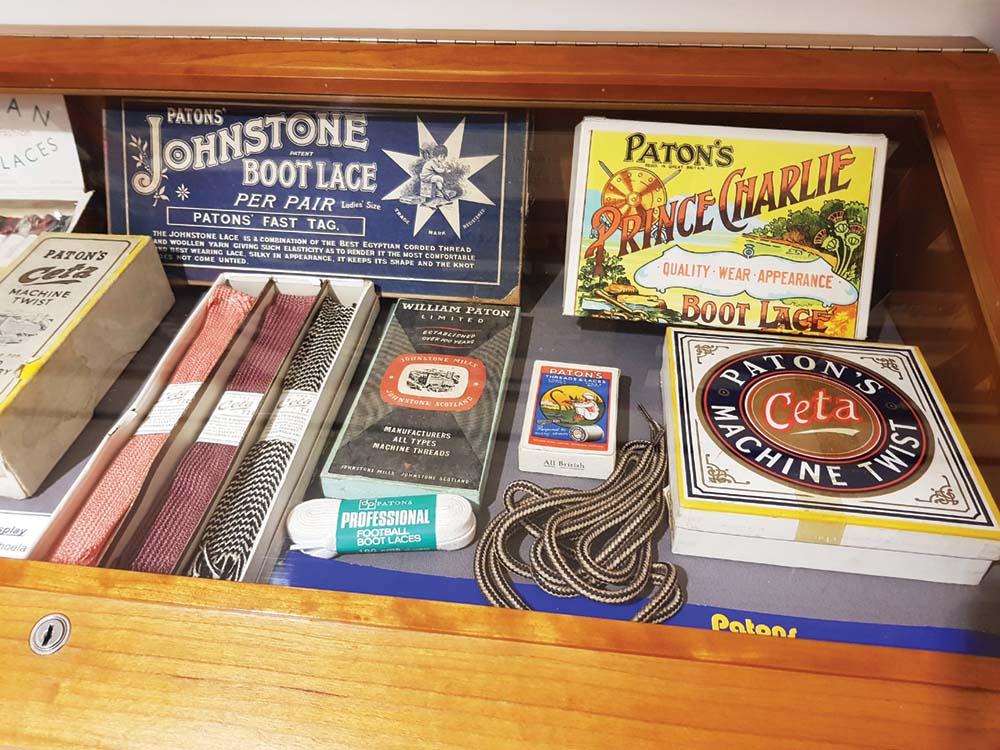 Yes, Johnstone has its own museum. Situated within Morrisons supermarket (quirky and characterful in itself), it documents the beginnings of the town and how it grew around the mills. Its detailed maps in olde-worlde script are fascinating, and I was surprised to learn about the strong engineering heritage of Johnstone: parts machined locally were used on the Titanic and her sister ships the TSS Brittanic and TSS Olympic. Meanwhile, Paton’s Mill (originally the first cotton spinning mill in Johnstone) produced shoe laces for Dr Martens, among many others, as well as stranded threads – ideal for the new sewing machines that were suddenly all the rage. Glass display cabinets show vintage packaging and materials from the mills, with reference books and other artefacts in abundance. You can also strike up a lovely conversation with the volunteers who run the museum. I’ll definitely be popping back for more. 30 Napier Street (inside Morrisons), PA5 8SF.

Now a residential property, the castle boasts a special claim to fame: Polish composer Frederick Chopin famously visited in 1848. He was a guest of the fifth Laird of Johnstone, whose wife, Anne, he had tutored in Paris. In a letter home, Chopin described it as “very handsome, opulent, one leads life on a grand scale.” Having visited his grave site a few years ago within Wawel Royal Castle in Krakow, I find this a quaint synchronicity with my home town.

These places offer a tiny snapshot of Johnstone and its heritage, but there’s so much more, such as the local cycle track network which doubles up as walking routes, particularly in the summer (though don’t tell the cyclists), plus a host of independent retailers. The trains are frequent and the station serves snacks. Also, if you need a cosy and welcoming bolthole on your visit, try the 20:10 bar and eatery on the High Street – it comes highly recommended.

To find out more about Rebecca’s work, visit her website. This feature was published in Mill issue 4, March/April 2019.