A convivial oasis for comic book, trading card and board game fans, Comicrazy is one of Paisley’s most distinctive community cafés.

When John Gilbert was studying at UWS in Paisley, he stumbled across an ill-served gap in the non-mainstream market. “I noticed that, outside of uni, most students went to Glasgow for something to do. What was the reason for that?”

His eureka moment came while compiling a thesis on whether or not record shops could survive in the digital age. “What I got from that was they could,” he recalls, “but it had to be more than just a record store. There had to be a community involved, it had to sell food and drink as well as merchandise. That’s the same ethos and process I’ve used with Comicrazy. There are comics, board games and card games, but there’s also the community all around that. Without the community it wouldn’t work.” 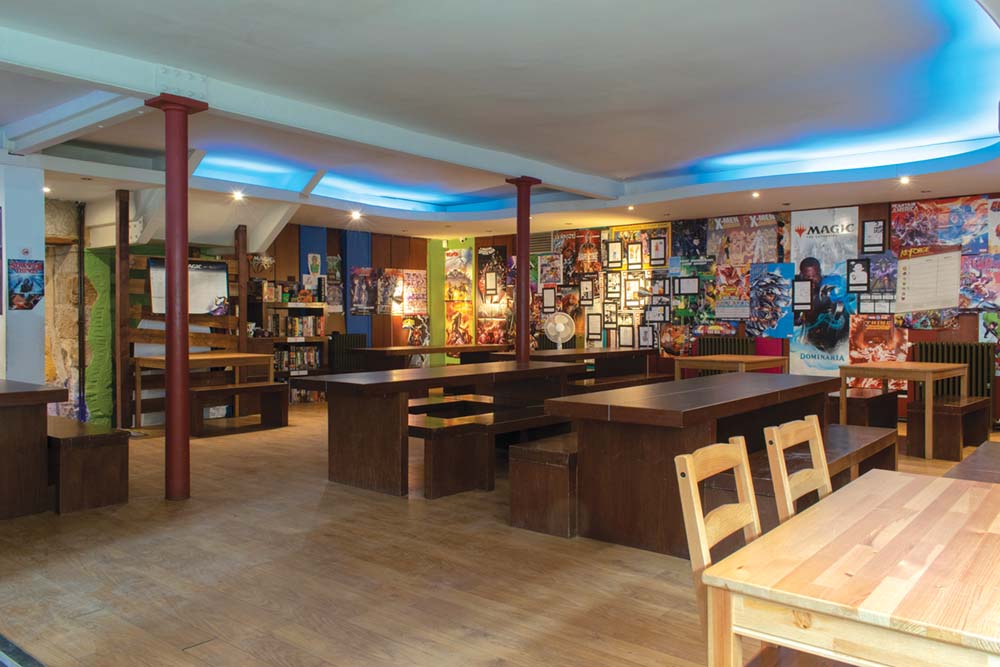 John’s brainchild first flung open its doors in 2015. Since then it’s become a busy one-stop shop for geek culture enthusiasts. So what does it offer?

“The biggest trading card game in the world is Magic: The Gathering,” says John, “then you’ve got Yu-Gi-Oh! and Pokemon. People can come in and take part in tournaments, they can take part in pre-release events where we get the products a week or two before they come out. We also do a Dungeons and Dragons roleplay evening on a Monday that’s absolutely massive.”

And the comic side of things? “The stock we hold is predominantly new releases, we put them on the shelves every Wednesday. Whatever we don’t sell we put in the back issue boxes.”

The popularity of Comicrazy is hardly surprising. Any local business that provides regular events such as Pokemon training parties for parents and children is destined for success. John is understandably delighted by the feedback he and his team have received.

“We recently asked customers to describe Comicrazy. We got words like ‘fun’, ‘friendly’, ‘casual’, ‘warm’, ‘spacious’. It’s just a place they wanted to be. Someone even described it as enlightening, which I was really pleased about.” 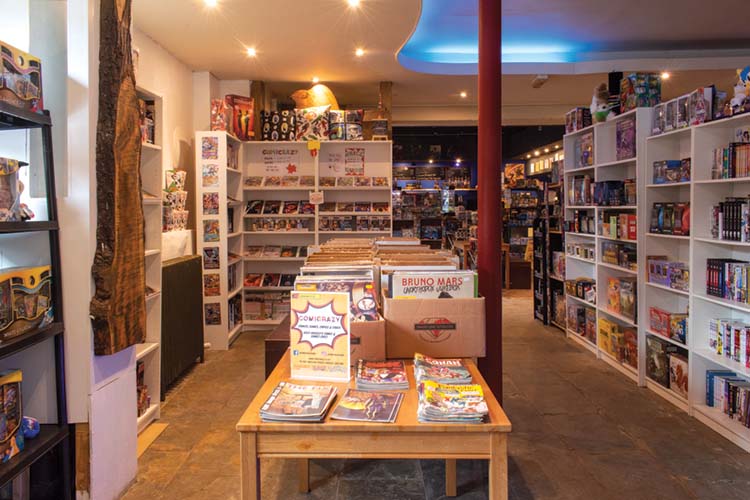 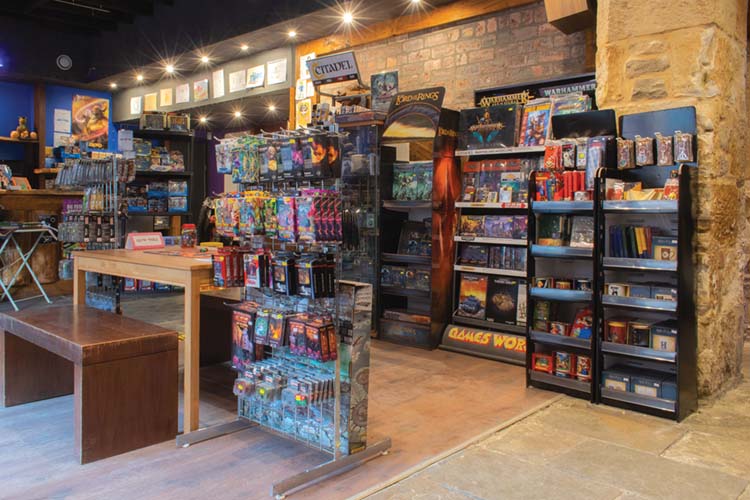 We do indeed live in an enlightened age where ‘geek’ is no longer a pejorative term. It’s a (sometimes DIY) badge of pride. Just look at your local multiplex listings where superhero and fantasy blockbusters reign supreme. Doctor Who and Game of Thrones are among the biggest shows on television. They’ve been part of the mainstream for over a decade.

Great, but John has noticed a curious kink in this seismic cultural development.

“People nowadays tend not to fall in love with the stories,” he says, “they love the characters, characters they’ve generally seen portrayed on film: your Harley Quinn, your Batman, your Captain America, all those guys. Their perception of those characters is based on what they’ve seen in movies; so often when people come in we’re actually introducing them to comics for the first time.”

A double-edged sword? “Yes, as they might just buy merchandise. They’ll buy Harley Quinn t-shirts and mugs, but they might not necessarily buy the source material. That’s where we come in, to introduce them to that.”

Clean Up Your Act