A Love Letter to Kilmacolm

I didn’t properly appreciate it until long after I’d left. The discovery of R.J. Price’s 2002 short story collection, A Boy In Summer, and its references to a Renfrewshire coming of age, helped me realise. Now when I return to Kilmacolm, which I do regularly to see my parents, it’s with a gratitude for its beauty I couldn’t fully possess as a child.

I vary the drive, meandering through country lanes off Bishopton Road, passing Finlaystone Estate via Langbank or beckoned by the rolling hills of the Gryffe Valley on Bridge of Weir. It’s one of my favourite westerly drives. Whatever my approach, the road home grows fonder with the years. 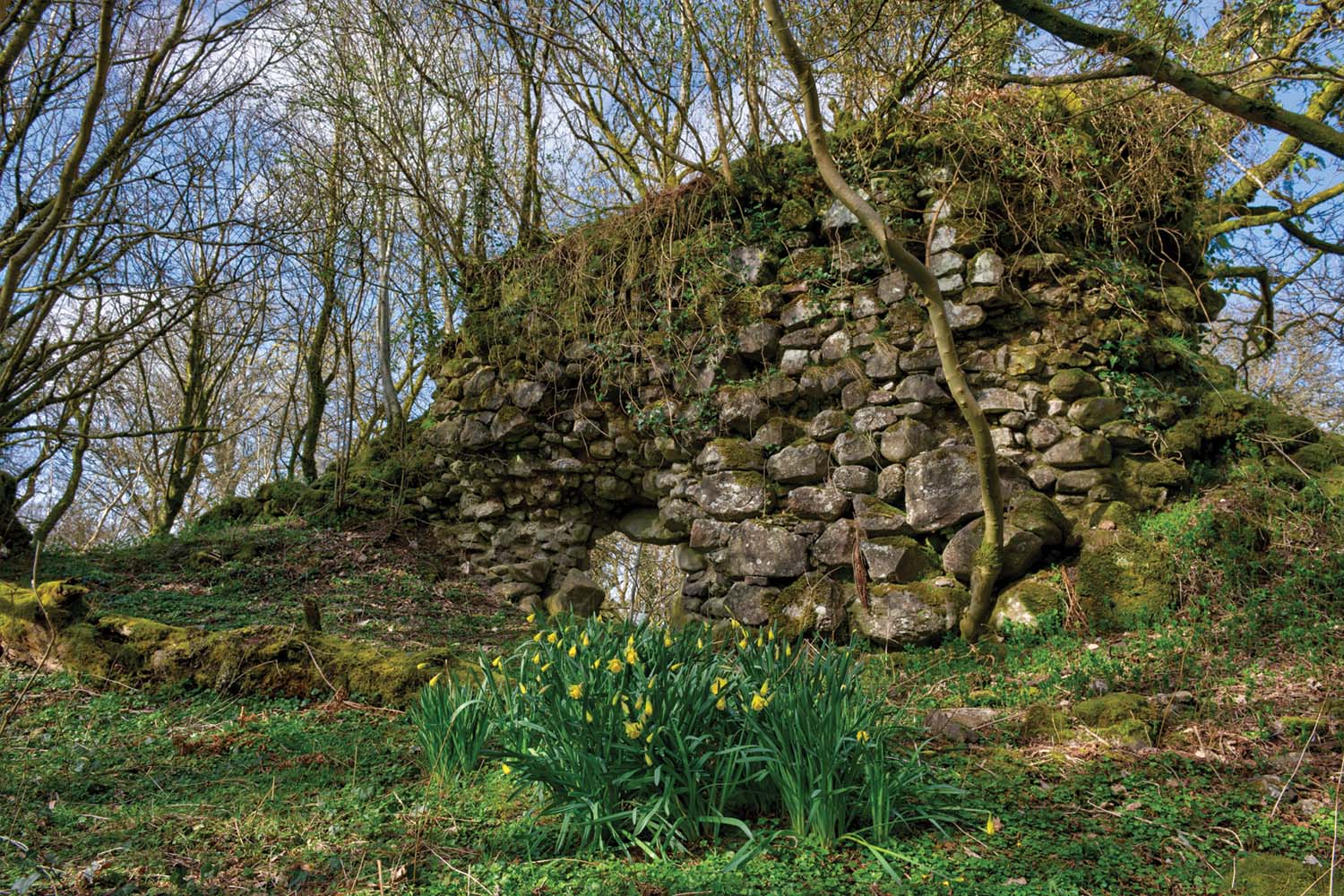 Among the many books Mrs Smith, my P5 teacher at Kilmacolm Primary, introduced us to in the 1980s was The Animals of Farthing Wood. The wildlife described in Colin Dann’s children’s series was right outside our window. The school looks on to one of the village’s most popular assets, known in our house simply as The Duchal – part of the larger Duchal Estate, which includes ruins of the 13th Century Duchal Castle, visited by King James IV in the 1400s, and many a stravaiger since. This mature woodland of meandering bridle paths, rivers and bridges was the location of many a lost childhood afternoon. If Stand By Me had been set in Scotland, it would have been here and starred me and my mates. Folk come from all around to walk here. I still do, too. Home to Pinewood Trout Fishery. Off Lochwinnoch Road, PA13 4RS 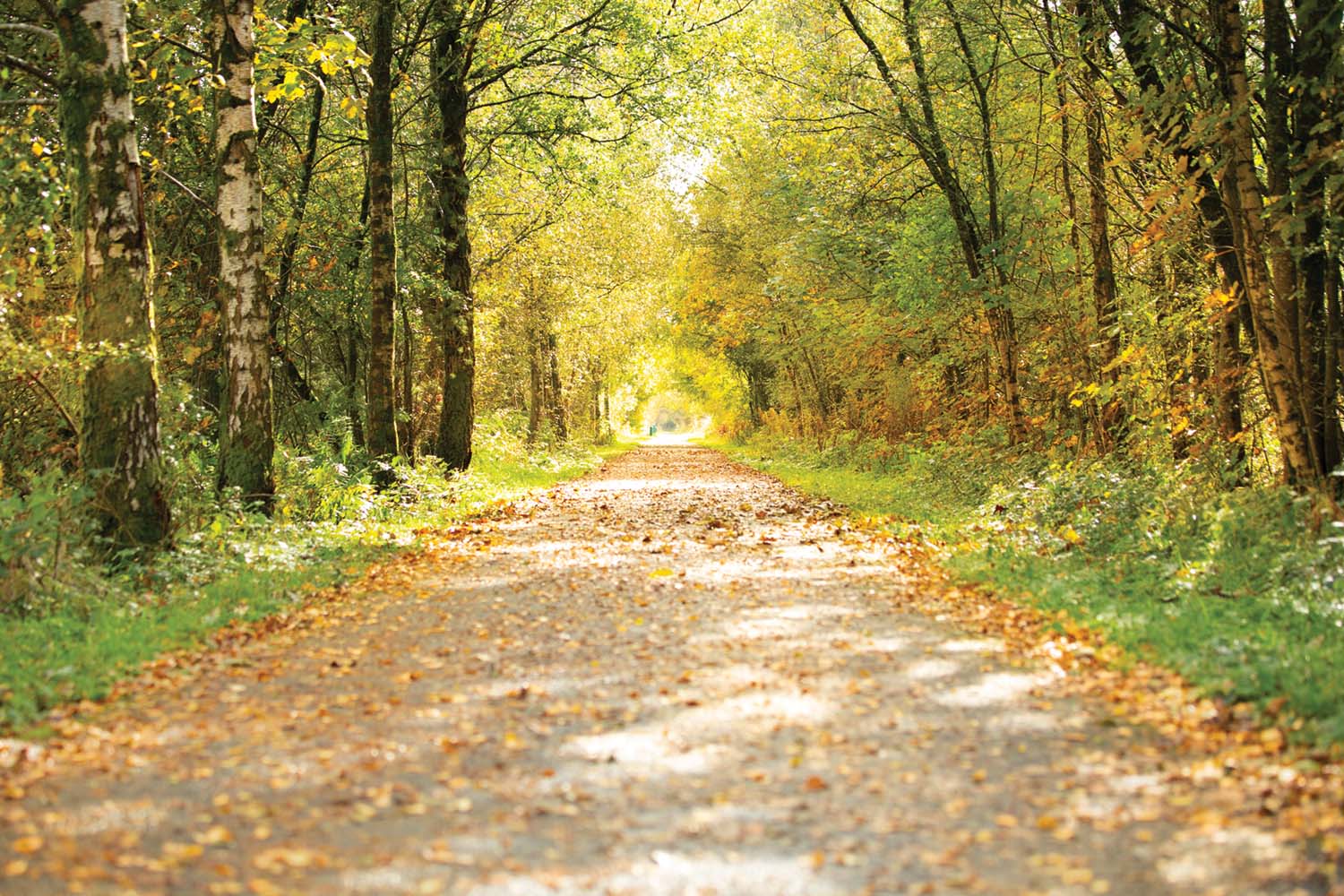 A sunny summer’s morning in the early 1990s. Four 14-year-olds, a BMX, a Grifter, two Raleigh Racers, and a new way to somewhere else. The trains were stopped in Kilmacolm in the early 1980s, so my generation depended on buses to broaden our social perspective. The railway line joined the National Cycle Network and a ride to Lochwinnoch and back felt like we’d gone ‘round the country. ‘The bike track’ as we knew it, provided a first taste of horizons broadened, on our own terms. Sculptor David Kemp’s artworks playfully punctuate the route. His metallic Roman Legion and steampunk structure Brick Traction references the nearby Roman remains and the track’s railroad history. Someday an artist might compose a piece remembering the present era when idiotic dog walkers left bags of poo in the trees … Off Lochwinnoch Road, PA13 4DW

In the 1980s, we had two family-run Italian ice cream shops. And, boy, did they do well from us. Not a single penny grudged, mind. Pieri’s, on Lochwinnoch Road, is now a slick but cosy restaurant whose ice-cream recipe has to be tasted to be believed. The Cross Café, meanwhile, has retained its authentic charm, with countless jars of sweeties adorning old wooden shelves. Owners, the ever-present Janetta sisters, inherited the café, which dates back to the early 1900s, from their parents. The Cross Café is still a fine choice for a ‘99, and Alda and Joanna have been dispensing homespun wisdom, quarters of cola cubes and milky coffees since the days when Starbucks was a twinkle in Seattle’s eye. Port Glasgow Road, PA13 4ET

As a member of the 42nd Greenock and District 1st Kilmacolm Scouts, I enjoyed the thrill of a ‘midnight hike’ in what’s known locally as ‘The Moss’. This 20 acre Site of Special Scientific Interest managed by the Scottish Wildlife Trust is recognised for its rare wetland plants, abundant dragonflies and birds including cuckoo, willow warbler and yellow hammer. Charles Rennie Mackintosh’s treasure, Windyhill, is just a short walk from The Moss. The cemetery gatehouse is another of his works, but both are private residences. Off Gowkhouse Road, PA13 4DH

The Birkmyre dynasty was a powerful force in industrial Scotland. Owners of the Gourock Ropeworks in Port Glasgow – a major international player in the manufacture of maritime equipment – they were generous benefactors. Generations of Kilmacolmics have played sports in the park the family donated to the village. After recent renovation, the park pavilion is now home to a gym and café, the adjacent public shelter a home to a million teenage memories. Broomknowe Road, PA13 4JA

Cairn – There’s a real buzz about this tasteful café, one of the most popular in Kilmacolm. It boasts a great atmosphere, prompt, friendly service and a healthy menu offering freshly made food and a small but perfectly formed array of delicious coffees, teas, wines, beers and soft drinks. 1 Drumpellier Place, PA13 4HE.

Wild Rose – This delightful boutique florist is a fragrant work of art in itself. Not only is it liberally stocked with a colourful range of fresh flowers, it’s also staffed by a helpful team of experienced florists who will meet your specific needs. Blooming marvellous. 1 Ardgowan Place, PA13 4AA.

A Love Letter to Bishopton