A resident of Renfrewshire for most of her life, the BBC’s Annie McGuire gave us the lowdown on Elderslie, the village that helped mould her into who she is today and where she’s now settled with her family.

I spent the first 26 years of my life in Elderslie, before brief spells in Glasgow, London and then Paisley, eventually moving back to the street I grew up in when I got married. My mum still lives in our childhood home which is now five doors down from me. Some of the neighbours are still the same and I absolutely love walking down the same street I did as a wee girl: the braes at one end and Ben Lomond in the distance at the other – minutes from countryside but also an easy commute into the BBC. 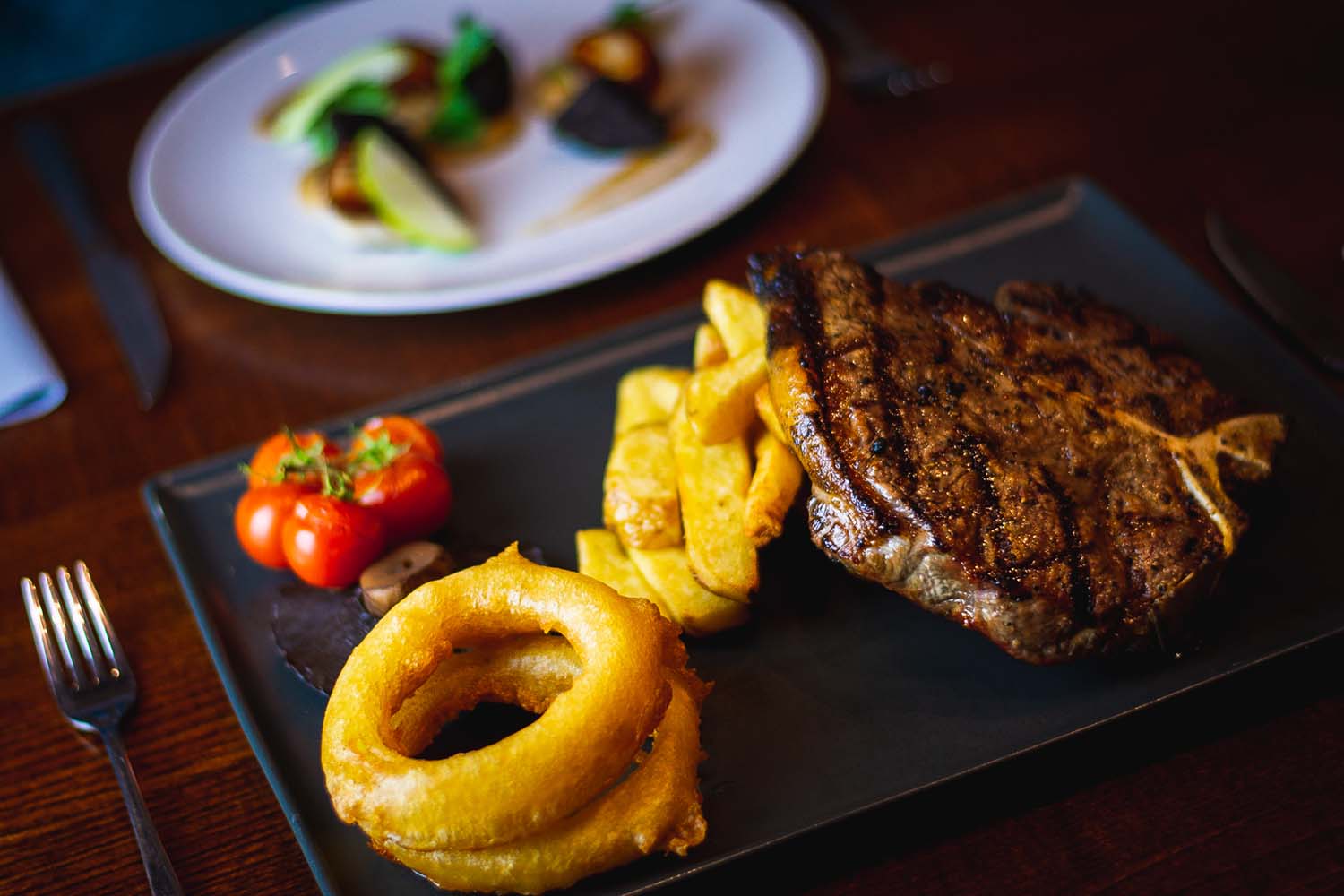 This is where I had my first ever job aged 17, when it was Brubeck’s Restaurant. It was quite a big deal at the time for Elderslie to have a restaurant where people could gather, especially on a Saturday night. I loved working in there – despite all the cool jobs I’ve had since then, I don’t think I ever got quite as much job satisfaction as getting through a busy shift in Brubecks. It’s absolutely wonderful to see how it has been reinvented. The boys from the Elderslie Butchers are about as popular as anyone has ever been, there was so much goodwill for them taking on this ambitious venture and it is one of the best places to eat in the West of Scotland. During last year’s big snowfall when the shops were running out of bread and the roads were closed, we were forced to eat here! I’m told the original pub – which I knew as the Cabin Bar – was so successful because it was allowed to stay open later than Paisley pubs so people would jump on a tram to Elderslie to get a final couple of drinks in. I love the thought of Elderslie as the Las Vegas of Renfrewshire.

It’s gone now, but the carpet factory was the industrial buzz inside a sleepy village. My dad worked here as a foreman in dye-works before becoming a teacher and it provided good jobs for local people. The stories of the carpets for the Titanic being made here made you feel like Elderslie was on the map. I was also a huge fan of The Slab Boys trilogy which is set in the factory. That hometown connection really got me in to John Byrne’s work – I did it for my ‘Review of Personal Reading’ in fifth year at school and then for my Scottish Literature dissertation at university. Without getting too pointy-headed, the depiction of working-class Scots speaking in their natural way is really important. As the millennials would say, I felt “seen!” It’s a shame the factory has gone, hopefully those in what I still call ‘the new hooses’ know they are living on a site of literary importance!

Okay, I think this is technically in Johnstone, but for me it marks the borderline! This was my Uncle Hugh’s pub when I was wee, so some of my earliest memories are of sitting on the bar, eating crisps. It has been kept largely unchanged and is definitely worth a visit. My dad and his cronies used to drink in here on a Friday night and I’d quite often bump into him at closing time when I was getting off the last train home from Glasgow and we’d walk home together. I still like that journey through Elderslie and it’s really important to me that I feel safe enough to do it on my own. These familiar streets just makes me feel like the world is okay!

One of the great shames about Elderslie is that most people don’t know about the Lex Well, a site of enormous historical significance. It’s an ancient spring, reputed to have had healing properties and is said to have been worshipped in the iron age by Celts who placed clothing and ornamental trinkets on the trees. It’s also said that St Patrick preached there – leading to names like Glenpatrick and Altpatrick in the area. It’s near the third tee in Elderslie Golf Course and can be found with a pair of wellies and a lot of determination. In another country, it would probably be an official heritage site but Scotland is so rich in history that it remains unmarked. 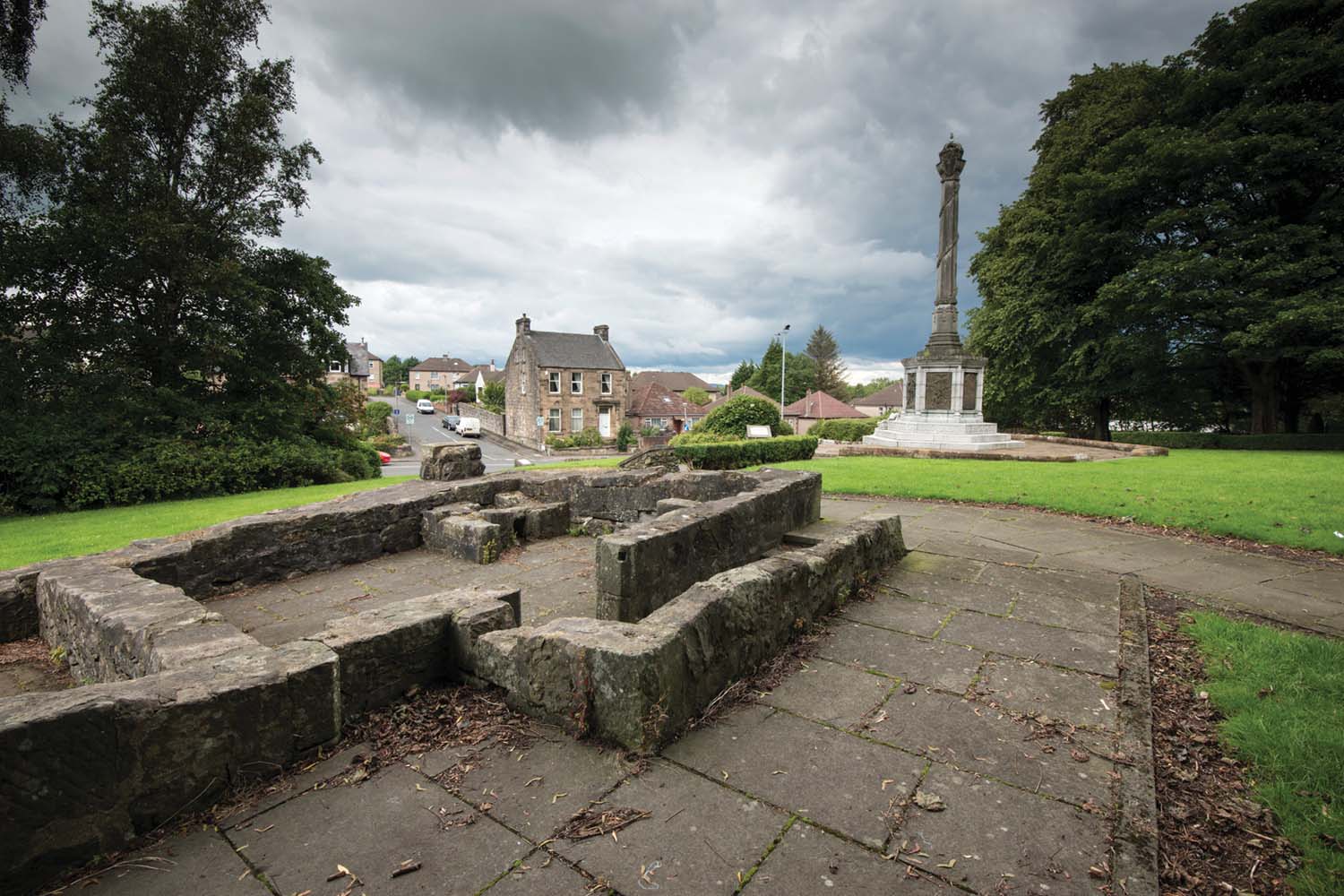 You can’t talk about Elderslie without mentioning the Wallace Monument. Before Braveheart was even a thing, we knew the stories of the Wallace Oak and his beginnings in the town to eventual execution down in London. Wallace Day was a big thing in the village, the march used to go down our street and the kids would sit out on their front steps with flags and things. Again, I’m not sure the village makes as much of the Wallace connection as it could. As local heroes go, we’ve also got Shereen Nanjiani, Richard Madden and Jim Leighton so we probably punch above our weight but I’d like to see Elderslie create more reasons for visitors to spend time here. It’s a great wee place.